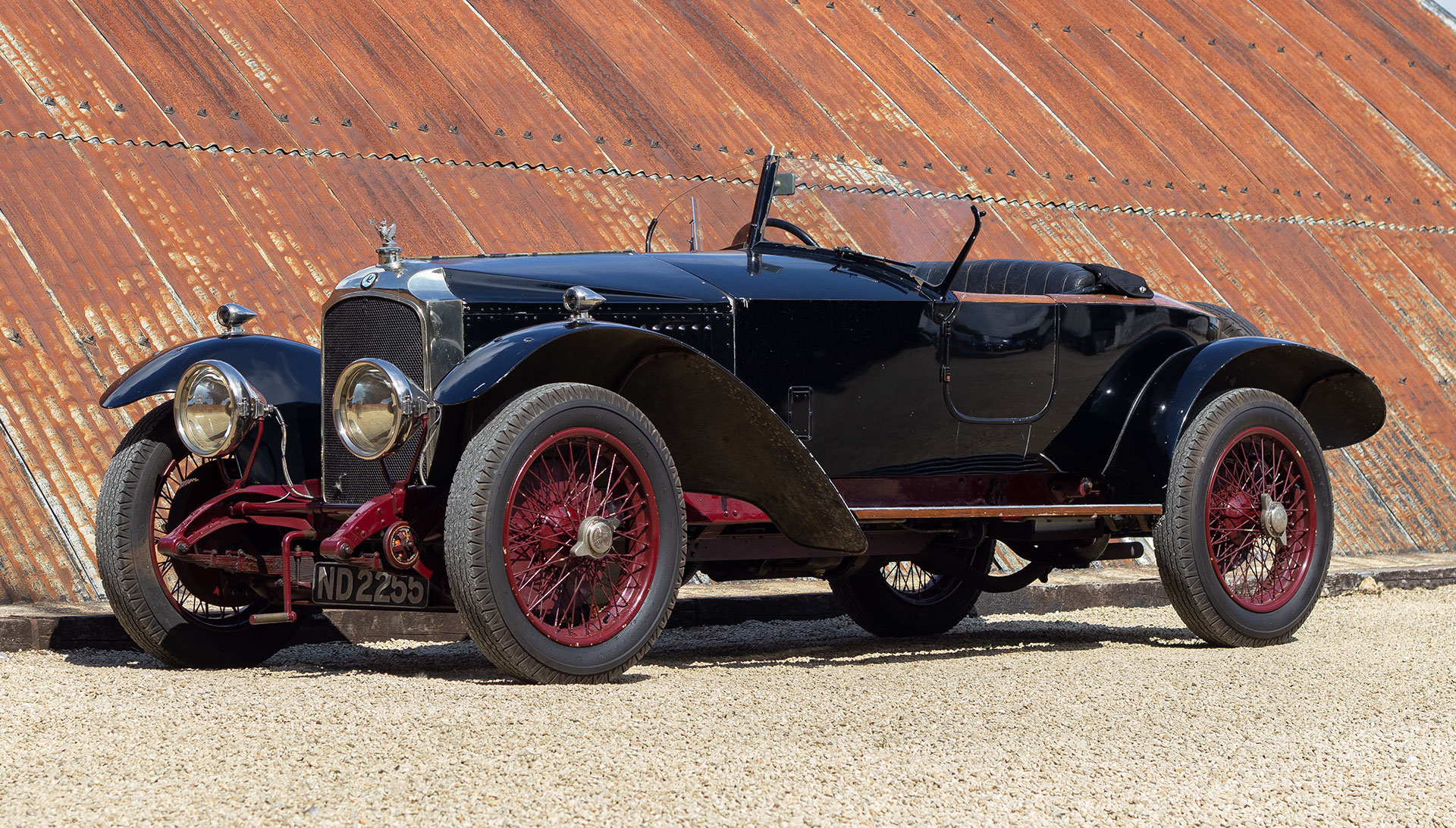 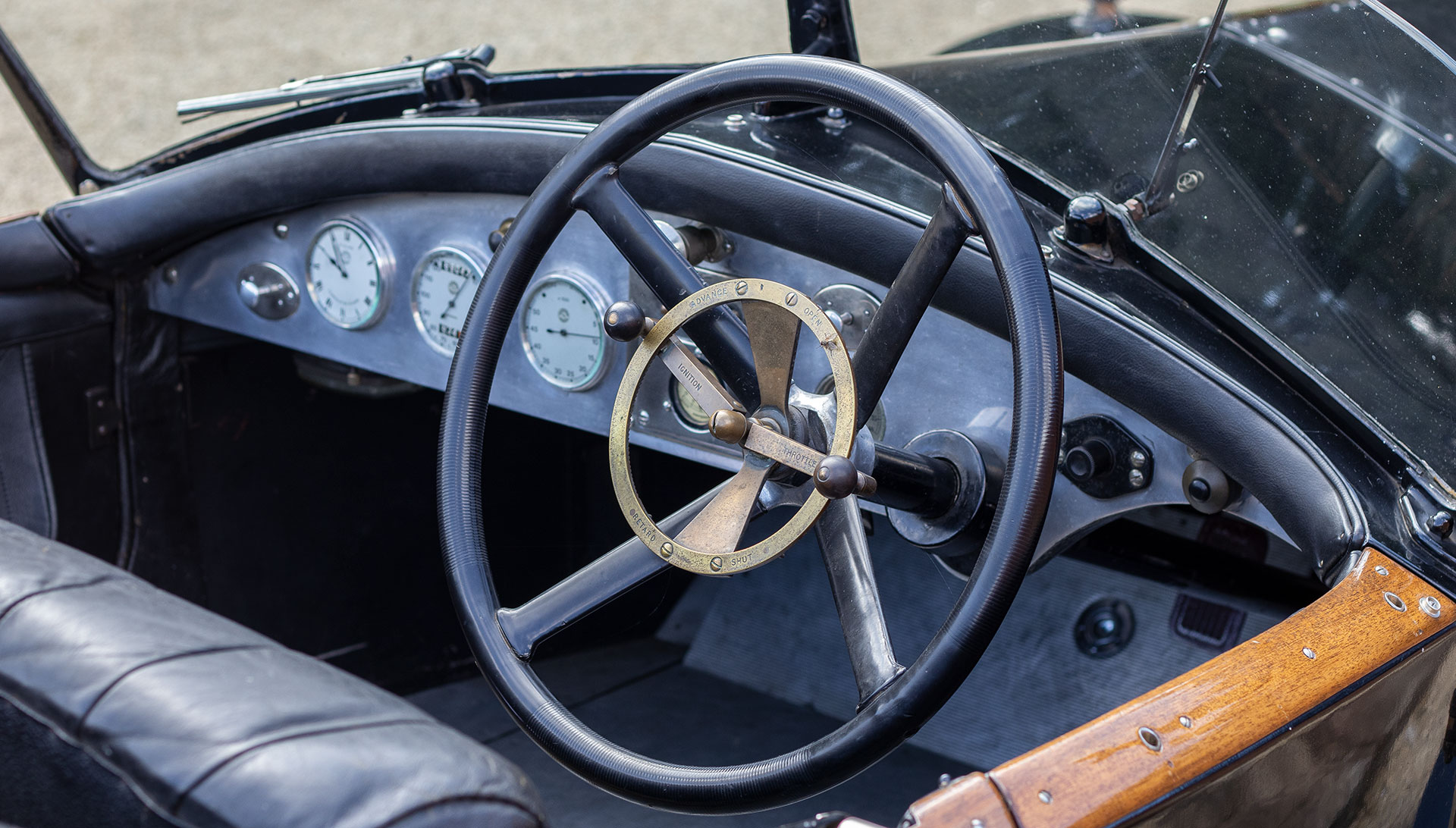 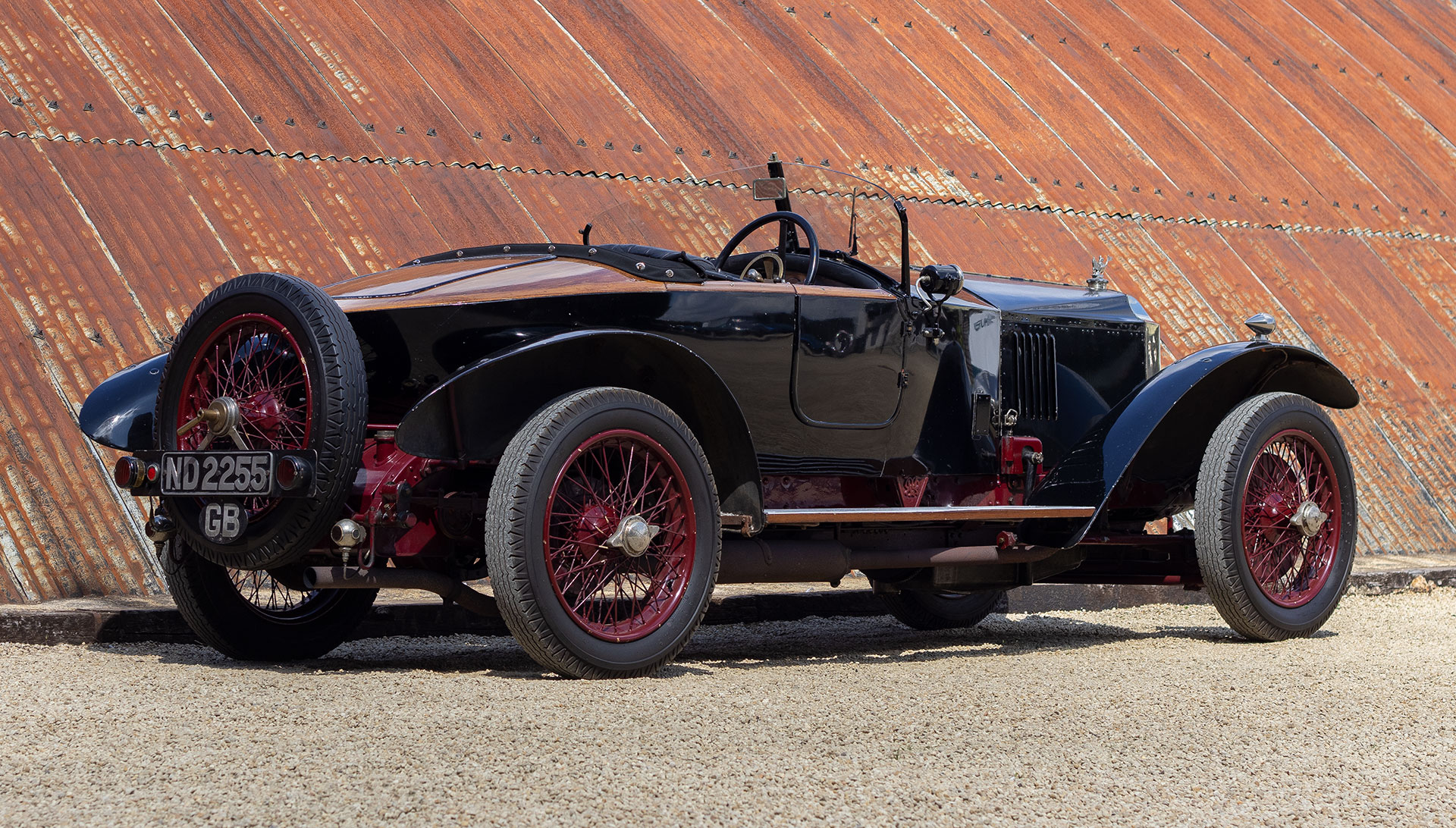 The early history of a vintage car can often be something of a mystery, but not so in the case of this fabulous Vauxhall 30-98. Chassis number OE50 was first registered on 16 August 1923 and supplied new via Arthur Graham in Manchester to a Mr Agar, whose business was based in what was then Persia. The Vauxhall was shipped out there to serve as his company car. Agar’s son, Charles, was clearly something of an adventurer, and had often thought about driving the car back to Manchester across the Middle East and continental Europe – and in 1930 he did just that. The journey was written up in a two-part article for The Autocar, beneath the subheading: ‘An Effort to Drive from Persia to Lancashire that was Partly Successful.’ Agar was convinced that it could be done overland in less than three weeks, but the trusty Vauxhall received no special preparation for the trip, with the exception of blocks being placed between the axles and the springs in order to increase the ground clearance. At that time, the chassis was fitted with an open tourer body, and the rear seats were removed to allow for the fitment of a 56-gallon fuel tank. Other than that, Agar and his wife loaded ‘one wardrobe trunk, two suitcases and one gramophone’ and headed north-west. They covered 362 miles in the first 12 hours and camped just beyond Isfahan, then struck out towards Tehran. Severe rain had caused the road to be washed away in places, and in the final few miles before Tehran they passed no fewer than 32 abandoned cars. After some running repairs had been carried out, they headed for Iraq and went over the Asadabad Pass. Shortly before arriving in Baghdad they lost third and fourth gears on the 30-98 and were forced to crawl into the Iraqi capital in second, but that was soon sorted. The authorities forbade unaccompanied crossings of the desert to Damascus, so while in Baghdad they made arrangements to follow the Nairn Transport mail coach for this unforgiving stretch. A holed petrol tank soon forced them to head back to Baghdad, where it was repaired and they once again set off – by now on their own – across the desert. They caught up with the mail coach at Rutbah and Agar wrote that they ‘followed the great vehicle, with its light streaming over the sandy wastes, marvelling at the way the drivers steered their course by the very vaguest of landmarks.’ On arrival at Damascus, they were repeatedly advised not to attempt to travel through Turkey, but Agar was in a determined mood and decided to give it a try. When he crossed the border he was met by six soldiers with rifles – and matters went downhill from there. After endless battles with officialdom, including customs staff opening all their food supplies, he decided to head back into Syria, abandon his plan to do the whole trip by road, and got a boat to the Italian port of Brindisi. From there, progress was swift – although the 30-98 suffered its only puncture while travelling through France, and the Parisian traffic caused its own problems. After catching the ferry from Calais to Dover, there was an overnight stop in London and then just the final leg to Manchester. During that closing stretch – and despite having driven through the Middle East – Agar wrote that the weather was ‘perhaps more brilliant and uncomfortably hot than anything we had encountered on the whole journey’. After that amazing trip, this Vauxhall 30-98 was sold in 1931 to Alfred Briggs, and then in 1934 to Maurice Ingoldby. It was during the latter’s ownership that the original coachwork was replaced by the striking Mulliner two-seater boat-tail body that OE50 still wears. As befitting its status as a very early OE-model 30-98, it left the factory with only rear-wheel brakes, but – wisely for a vintage car boasting such performance – a Delage front axle and brakes have subsequently been added. The extensive history file painstakingly documents the care that this 30-98 has received over the decades, including a complete rebuild by renowned model specialist Arthur Archer that lasted from 1977 until 1981. Further work was carried out in the mid-1990s, and OE50 is now presented in superb mechanical order and with an appealing patina to the handsome coachwork. Proudly offered for sale by The Classic Motor Hub, this Vauxhall 30-98 comes with a VSCC Buff Form and is eligible for prestigious historic events and rallies – all of which it’s likely to take in its stride considering the adventure it had back in 1930. We Sell Classic Bikes is a classic bike dealer based in Gloucestershire, England. As we have a large volume of interest from Australians in our classics we are now listing on the Australian marketplace. We have shipped a number of Norton’s, Triumphs and Tritons in recent months to customers in Australia. All our prices include shipping and insurance. Please take a look at our stock and get in touch if anything takes your fancy.