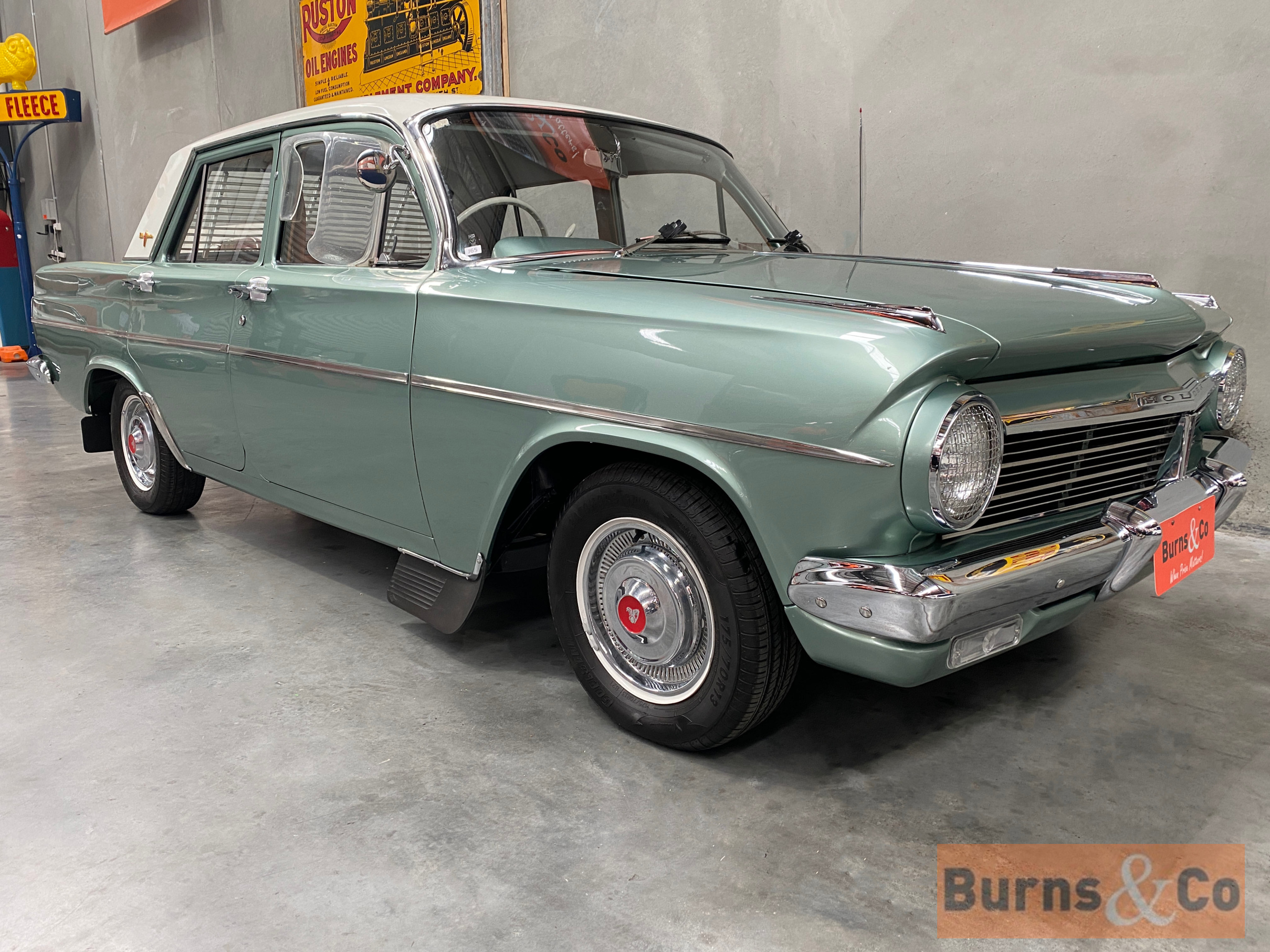 One of Holdens favourite… the EH Holden Premier. Having undergone a high end restoration this example is hard to fault inside and out. Turn key example ready to be enjoyed in the club scene, put away as a smart investment or both.

Spare parts and some books come with the car (see photos). Please note front door armrests are presently being re-trimmed if/when available we will add them to the catalogue. In 1963, Holden responded to the challenge of Ford's new locally made Falcons by releasing a model still widely regarded as being one of the best to wear the Holden badge. The new EH may have looked like the EJ it replaced, but underneath were some significant changes and the overall package certainly struck a chord with buyers - Holden sold more than 250,000 units in the 18 months the EH was in production, making it the fastest selling Australian car of all time. Holden revamped the look of the previous EJ, with a new squared-off roofline and grille to achieve a very modern looking and attractively styled car. The new look was dubbed 'Power-Swept' styling and was the work of Stan Parker from the Design and Technical Centre in Detroit. The EH brought with it a host of mechanical improvements, most significantly a brand-new engine to replace the ageing grey motor. Dubbed the red engine (in deference to the colour the blocks were painted), the new unit had a bigger bore and shorter stroke, plus higher compression ratio, to boost output and was offered in either 149ci or 179ci guise. Either way, the red engine was a big improvement, with state-of-the-art features like a seven-bearing crankshaft, hydraulic valve lifters, new pistons and head to give plenty of additional power and better fuel economy. Transmissions available were a three-speed column-change manual 'box or the Hydramatic auto, also with three forward gears. Three trim levels were offered, the Standard (aimed at fleet buyers or taxi operators), Special and more luxurious Premier.