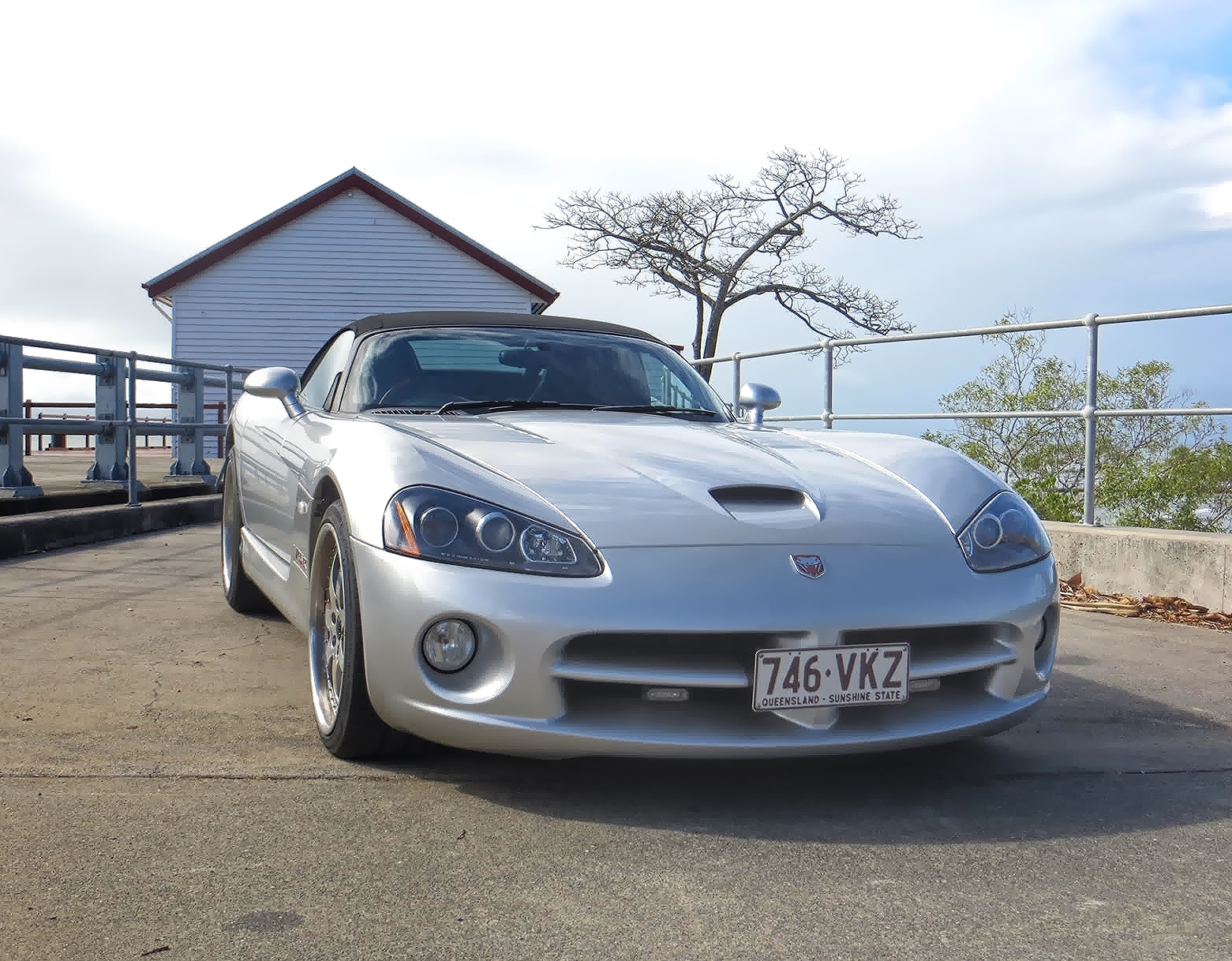 One of the icons of the automotive industry for raw power, driving appeal and sensation; the Dodge Viper SRT10 is one the ultimate all American Super cars packing a 8.3 Litre V10 under the hood sending power to the rear wheels via a 6 speed Tremec manual transmission. With no driver aids what so ever, this Super Car is for serious drivers only.

After the success of the SR1 & SR2 Vipers, the ZB1 (generation 3) was introduced to the public in 2002 with a major redesign from the more comfortable cabin, to the heavily redesigned exterior inspired from the GTS-R Concept of 2000. The engine was enlarged to 8.3 litres making 500hp and 712nm of toque giving the Viper a 0-100km/h of 3.7 seconds to a top speed of over 300km/h.

This Viper is one of only 200 Mamba Editions ever produced from the factory. The Mamba Edition Vipers featured the only non-completely black interiors of the time with Black leather seats with suede inserts and red leather accents on the interior trim including the steering wheel and gear knob. This Viper is believed to be the ONLY Mamba Edition in Australia.

The vehicle was imported into Australia by its second owner in 2014 and converted to Right Hand Drive by US Auto’s in Surry Hills VIC at a cost of $62,000 (completed in 2015). This is a true high-end Mirror conversion, not the cheaper cross shaft conversion used on other vehicles. Cross Shaft conversions are not recommended in a high-performance vehicle of this calibre!

All materials that accompanied this Viper when it left the factory floor in Detroit is included such as all original documentation; Owner’s Manuals, Import Documentation, Comprehensive Service Manual, Conversion & Compliance Papers, two original keys with transponder remotes. The vehicle also comes with an SRT performance exhaust system (not currently fitted) that gives an extra 50hp over the standard exhaust with the sound to match.

Two owners since new, this Viper has been extremely well cared for by the current owner with just 6,800km travelled. All servicing has been kept up to date with all documentation to verify. New coil over shocks have been replaced in all four corners for peace of mind with original specified items.

This is a unique opportunity to get behind the wheel of an outstanding and rare automotive icon with extremely low millage since new.