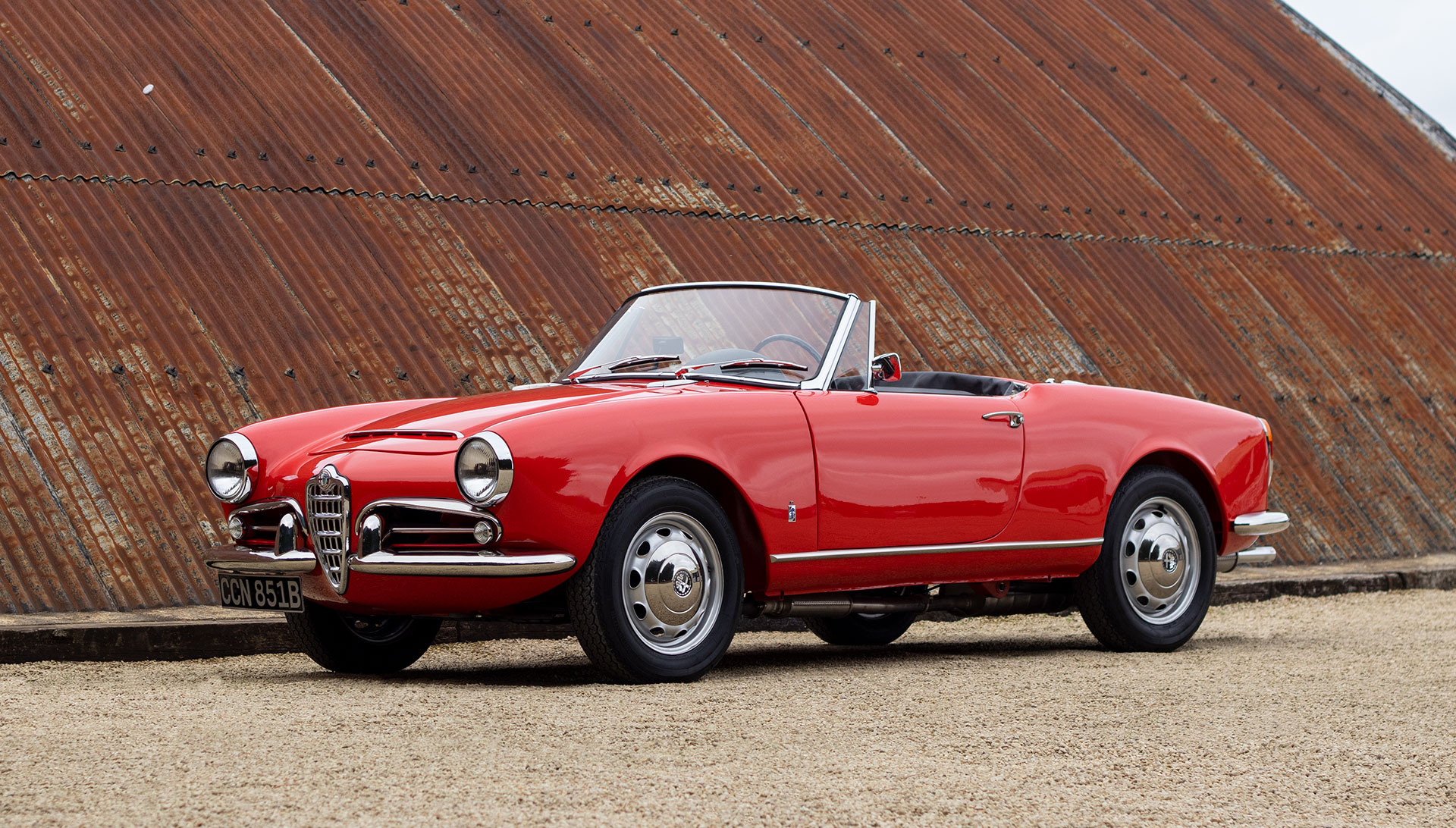 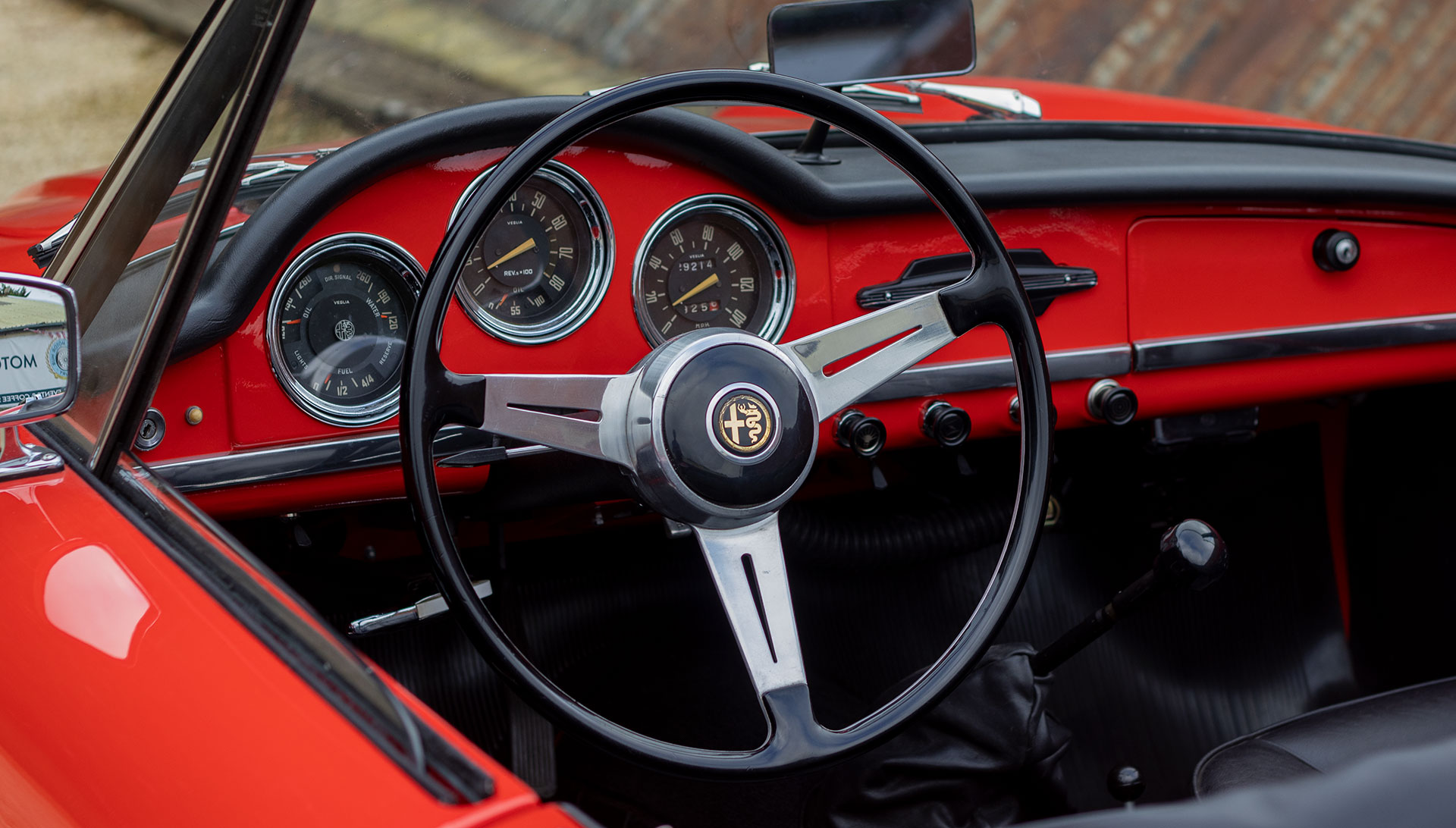 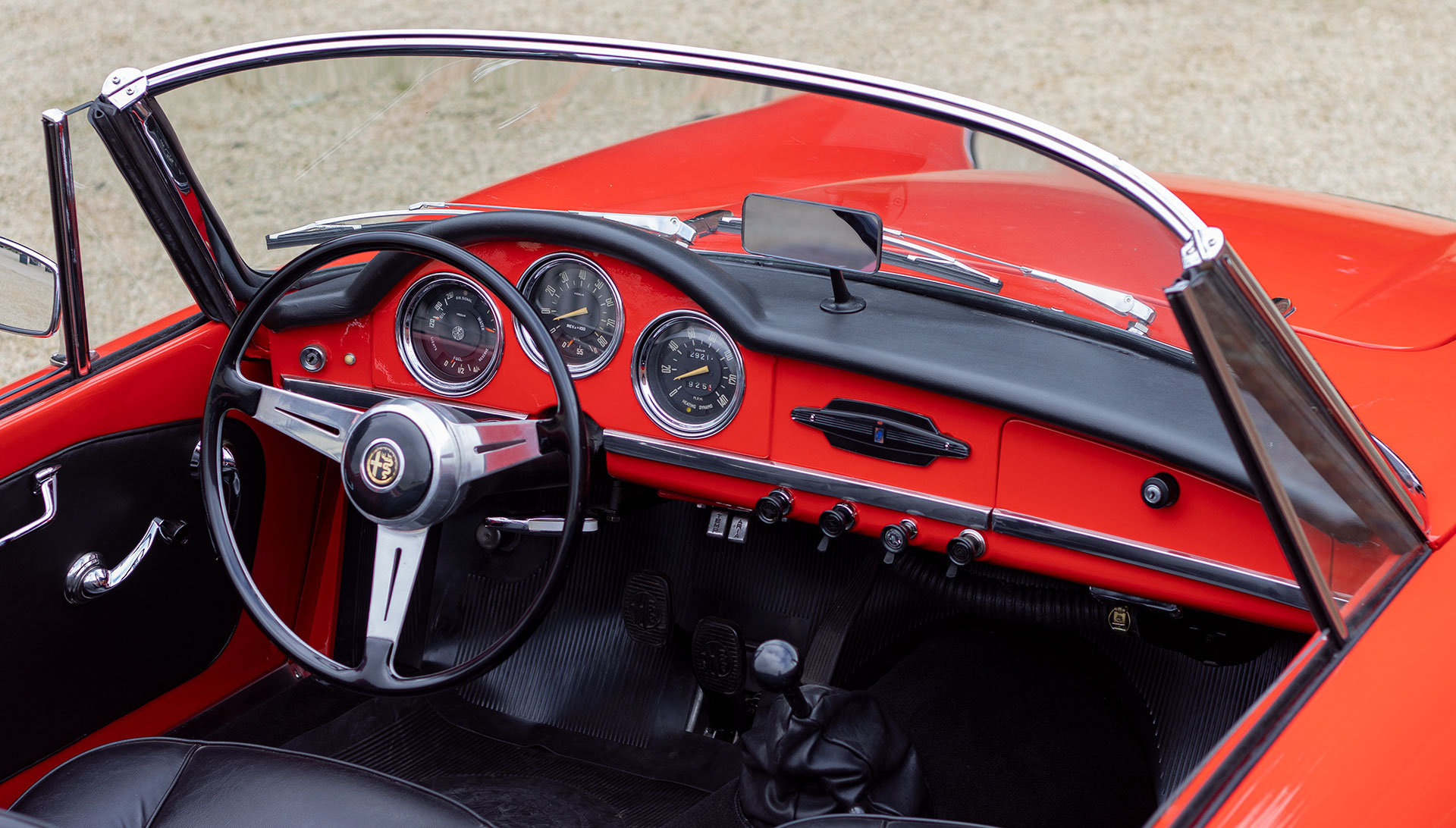 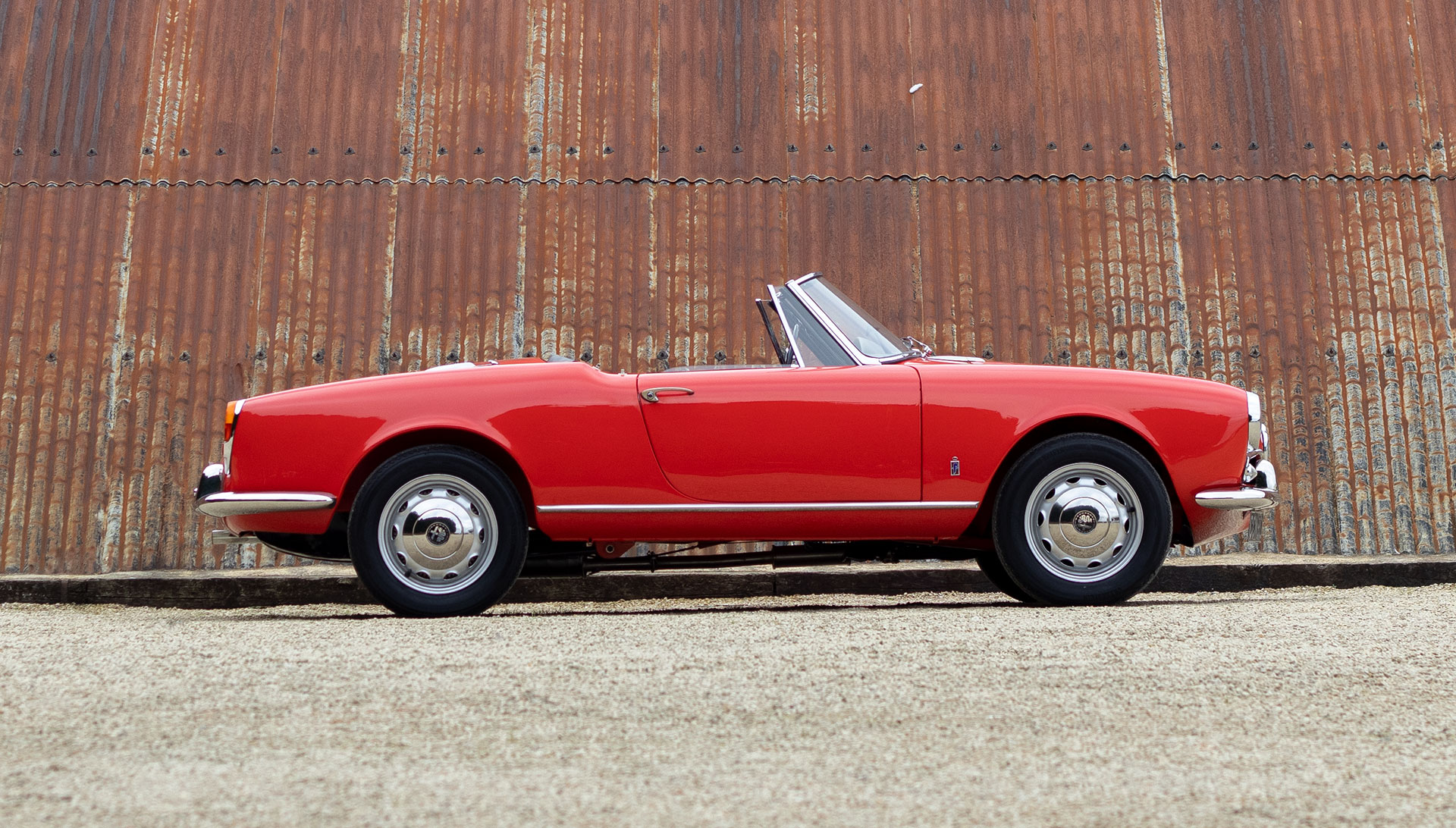 This Alfa Romeo Giulia Spider Veloce has been painstakingly restored and features a fascinating history. Built on 27 July 1964, chassis number 390252 was dispatched to American distributor Max Hoffman on 7 August. Within a year it had been resold by Licari’s Foreign Cars in New Jersey, and its Title was registered in Florida in 1966. In 1967-’68, it was obviously used by someone who either studied or worked at the University of South Florida, because their paper parking permit was still attached to the bumper in 2016! In 1968, the Spider Veloce was part-exchanged at the Miami Lincoln-Mercury dealership, which in turn sold it to Gary M Gordon of Sanford, Florida. Gordon held on to it until 1975 – he later explained that it had been laid up ‘for some time’ prior to that because it needed new engine bearings. He sold the Alfa to a friend of his by the name of Laurence Bumbalough on the understanding that he’d fix the engine and give the car a good home. Unfortunately, Bumbalough continued to drive the car as it was until eventually the engine seized. He then stripped it down but didn’t manage to complete the rebuild, and instead the engine stayed in bits until he sold the Alfa to dealer Walter Tice for $200. Tice fitted a Normale engine to replace the dismantled Veloce unit and sold the car in 1979 to a young Vietnam veteran. When he sadly died, his family kept the Spider in dry storage for most of the subsequent 30 years. It then passed to an engineering company in Daytona Beach, which started to strip it down in preparation for a full restoration before deciding instead to sell it to the current owner. A fastidious marque enthusiast, this latest custodian set about replacing the Normale engine with a Veloce unit that had the correct serial number for the car’s 1964 chassis number. That meant it needed to be numbered between 00121-1600 and 1970, and his search suggested that there was only one anywhere in the world. The block in question was with retired Alfa Romeo mechanic and dealer Enzo Passetti in Tressino, Italy. Passetti offered to build an engine using that block – serial number 00121-1644 – plus new, correct parts that he also had in stock, including a pair of New Old Stock Weber DCOE2 carburettors. The Passetti engine was then mated to the original gearbox, which had been rebuilt by Bob Dove Motorsport. The rest of the Spider Veloce, meanwhile, had been stripped to a bare shell and was discovered to be remarkably sound and original – testament to how well it had been stored. The sills were strengthened and zinc-plated, and the body was restored and repainted in the original shade of red by Finishing Touch in Weston-super-Mare. No expense was spared – the transmission, suspension, brakes, steering and electrical systems have all been either refurbished or replaced, and somewhere in the region of 1250 hours were spent restoring the car to its current pristine condition. Now being offered for sale by The Classic Motor Hub, this Alfa Romeo Giulia Spider Veloce is ready to be enjoyed for the next 60 years and comes with a detailed photographic record of its superbly executed restoration. We Sell Classic Bikes is a classic bike dealer based in Gloucestershire, England. As we have a large volume of interest from Australians in our classics we are now listing on the Australian marketplace. We have shipped a number of Norton’s, Triumphs and Tritons in recent months to customers in Australia. All our prices include shipping and insurance. Please take a look at our stock and get in touch if anything takes your fancy.