Legends of The Mountain evening

Legends of The Mountain evening

The night will include the following Race legends:Glenn Seton,Team owner and Australian Touring Car Champion 1993 and 1997.Bathurst pole position in 1994 and 1996 and finished second in the great race three times.
Brad JonesRetired Australian Touring Car driver. Bathurst 1000 Finished 2nd in 2001 and finished 3rd place in 2004.Current Co Team Owner of Brad Jones Racing with his brother Kim.Garry Rogers Retired Australian Touring car driver. Team owner of Garry Rogers Motor sport. His team won the Bathurst 1000 in season 2000.
Jeoff Grech Former Mechanic for the Holden Dealer Team. Worked for both Gibson Racing(Nissan GTR) and Perkins engineering.Former Team Manager of the Holden Racing Team.  Lead by Steve Whyte again, our guests will tell their stories from both a racing and a team perspective. As usual, we will be expecting a night of laughs,great stories and participation from our audience with some great questions.Our legends will be accessible for photos and autographs throughout the breaks.; (Expected attendance 290) The evening will include SUPPER only, with drinks at bar prices. Auctions & giveaways on the night.  Tickets are $85.00 per person which gives you access to Saturdays Nights Event doors open at 6pm for 7pm start and also entry to Sundays Show and Shine. Gates open at 8am. 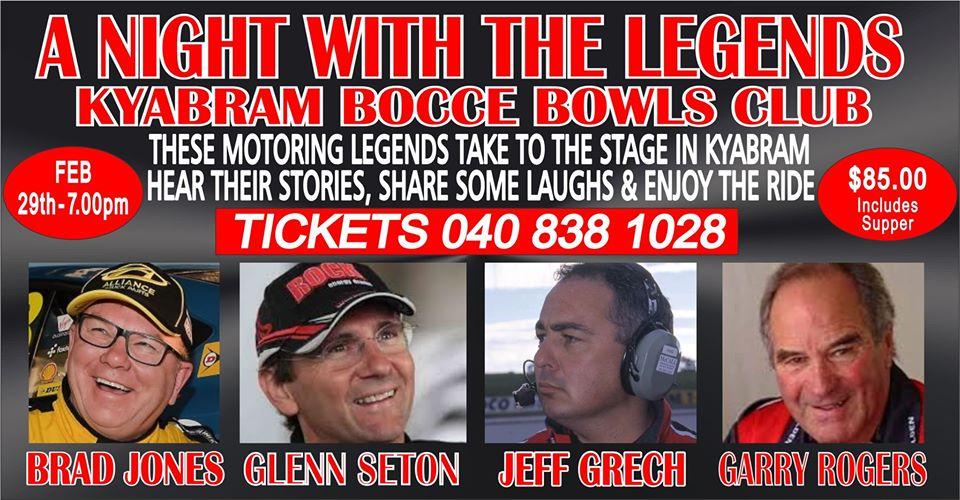