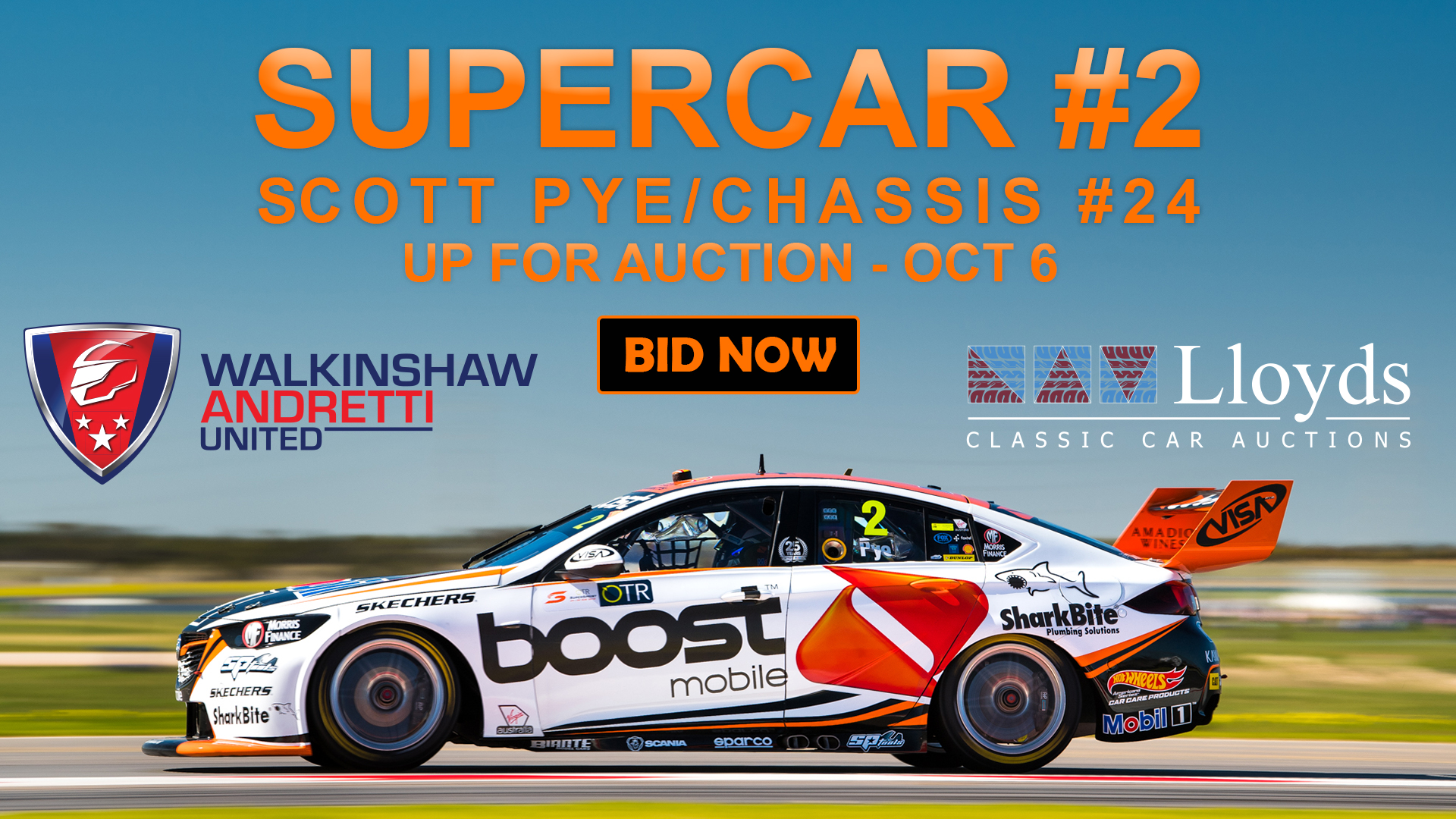 Ever wanted to own your own race car? Well here’s your chance! Walkinshaw Andretti United’s chassis 24, which Scott Pye drove to victory at the Australian Grand Prix earlier this year will be auctioned on the eve of the Bathurst 1000 and include a VIP experience with the team.The winning bidder will receive a VIP experience throughout the 2019 season before taking delivery of this rolling chassis (excluding engine) after the conclusion of the Supercars 2019 season.Chassis 24, which Pye is currently piloting in the 2018 Virgin Australia Supercars Championship, made its race debut at the Adelaide 500 in March 2018, and could yet be a major race winner again before it is handed over to the new owner. Great for collectors and racers alike, it will be sold as a rolling chassis, excluding engine. That means the car, which will be delivered as per the specification that started the 2018 season, will include items such as the front suspension and upright assembly, wheels, tyres and exhaust system. The new owner will also have the choice of selecting any livery which appeared on the car during the 2018-19 seasons.The lucky owner of chassis 24 will also be entitled to special benefits with the team during the 2019 Supercars Championship season, such as hard card passes, hot laps, signed panels, and hospitality at the Bathurst 1000. https://www.lloydsonline.com.au
Bids on this item will be subject to the Buyer Agreement with WAU Racing Pty Ltd, which the winning bidder will be required to sign. Refer to Terms and Conditions of Sale below for this agreement, inclusions and exclusions