In 1982 XE Fairmont Ghia ESP that was part of Australian automotive history has made history again, selling for over $300,000 at Grays May Classic Car Auction.

When Ford Australia decided to stop offering a V8 engine in a Falcon, they “celebrated” the occasion by documenting the last unit to roll off the production line on 25 November, 1982. That car is the one shown here – a 1982-model Fairmont Ghia ESP in Silver Grey over Charcoal and with a 4.9-litre V8. 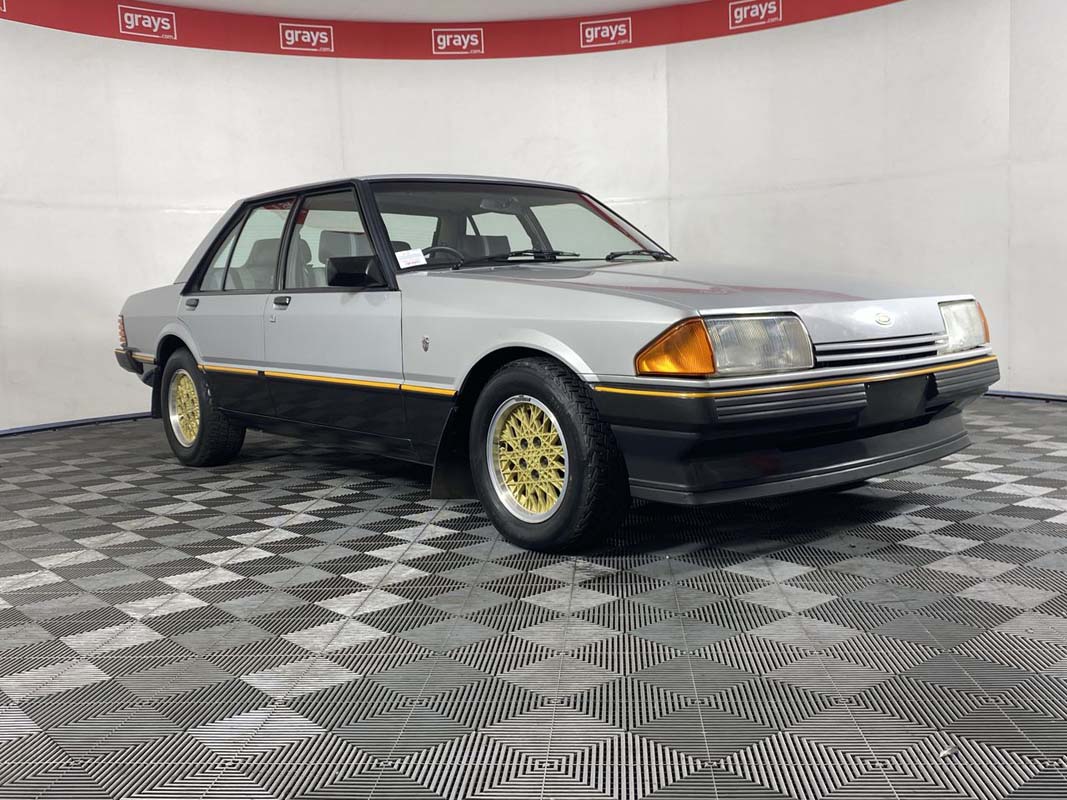 Ford offered the ‘last V8’ to their Australian dealer network, with Denis McEniery of Denmac Ford in suburban Brisbane securing the car.

After almost 40 years in single family ownership, the car was consigned for auction with Grays.

McEniery never registered the car and barely drove it, so all the elements that defined the ‘European Sports Pack’ outside, including lower body sections in Charcoal paint, black bumpers, bodyside mouldings with orange (some say yellow) highlights and gold ‘Snowflake’ alloys are all essentially new. Inside, it’s the same story, with the Scheel fabric seats in Gunmetal Grey, matched with velour-capped door cards in the same material. Allegedly, the plastic side covers stayed on the car for years after McEniery acquired it, explaining their as-new appearance.

Always with the McEniery family, even following the sale of the Denmac dealership group and Denis’s passing, the car racked up only 60km in almost four decades before its consignment with Grays this May.

Time has aged the decals, rubbers and seals, but the engine bay is in remarkable condition for a 39-year-old unrestored car, while outside, the paint looks new and the Uniroyal tyres are the originals.

On the dash is a special plaque carrying the car’s engine and serial numbers, confirming its ‘last V8’ status.

When the auction for the ‘Last V8’ Fairmont Ghia ESP opened on 14 May, bidding reached $290,000 before the end of the opening day. From there, it was a waiting game until the final day of bidding, 25 May, when last minute bidding pushed the final price to $354,759, confirming Grays pre-auction prediction that the car would sell for over $300,000 and setting a new auction record for the model.

As the car was never registered, the winning bidder will be its first registered owner, should they choose to register it.