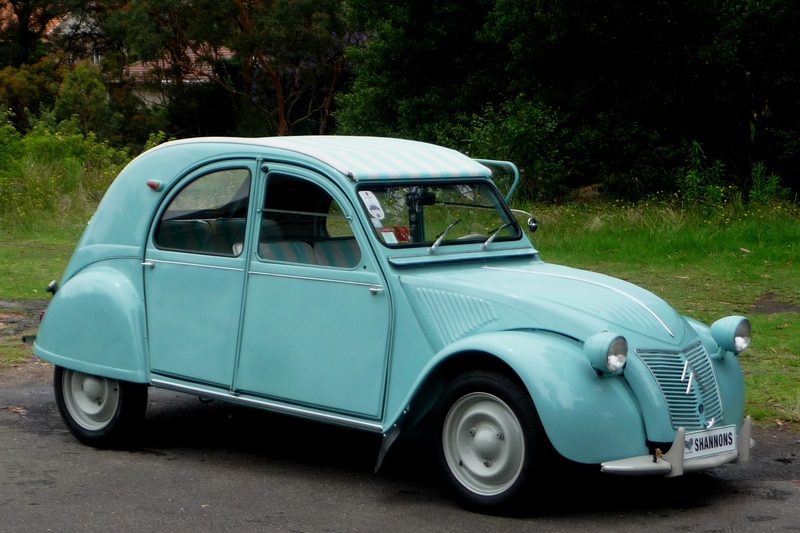 Offered with no reserve from Italy is a well presented and largely original 1965 Fiat 1800B sedan that has been in an Australian private collection for the past six years. The 1800 model was introduced by Fiat in 1959 as Italy's improving Post-War economy increased the demand for larger, more expensive cars and the 1800B introduced in 1961 saw the car's 1800cc engine develop an increased output of 64kW.

Featuring a rare original interior with an excellent patina, the Fiat has been kept in good running condition and has recently had a new clutch, a new main engine seal replaced, new radiator hoses and tyres. The car was repainted early in 2011, but only due to a bump in the right rear mudguard. Rather than try to match the original paint, the owner decided to have the whole car refinished! Shannons are quoting a guiding range of $6,000-$10,000 for this upmarket slice of Italy.

From France there is a very original left hand drive 1959 Citroen 2CV sedan that was imported in Sept 2010 shortly after it had undergone an extensive and expensive ground-up restoration in the UK. The car has been used only as a promotional vehicle by its Australian owner for his antique business and is currently on full NSW registration. It was serviced recently and comes with a large receipt file detailing its restoration. Offered with no reserve, Shannons expect the 2CV to sell in the $12,000-$16,000 range.

Another oddity, but from the UK, is a beautifully presented, Australian-delivered 1973 Ford Capri 1600 coupe that has been the subject of a five-year restoration carried out at a cost of more than $20,000. Rebuilt to replicate the 1969 Press Release model in the UK, the Capri has been fitted with a V6 bonnet, dummy side louvres and bumper over-riders, but retains its original Rostyle wheels. Inside the car has updated with more modern bucket seats, a reconditioned dashboard and recalibrated instruments.

Importantly, the Capri retains its original 1600cc four-cylinder engine that has been fitted with new gaskets, however the original four-speed gearbox has been replaced by a later Ford Sierra five-speed manual and the suspension and brakes have both been upgraded for better handling and braking. Shannons expect the Capri to sell in the $14,000-$17,000 range.

The 1957 FE Special may be a little more traditional, but is finished in unusual Moroccan Tan over Egret Ivory paint and even rarer Tilley-style aftermarket side trim. Further details are still to be confirmed, but the FE looks resto-fresh and would make for a very attractive and unusual Aussie classic. Guiding range is yet to be confirmed.

For more details on each lot as they are added, please go to www.shannons.com.au 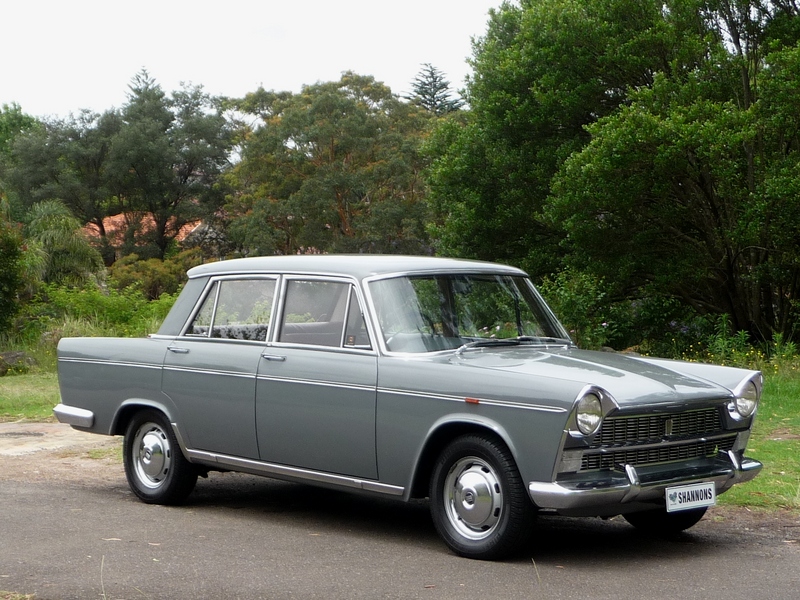