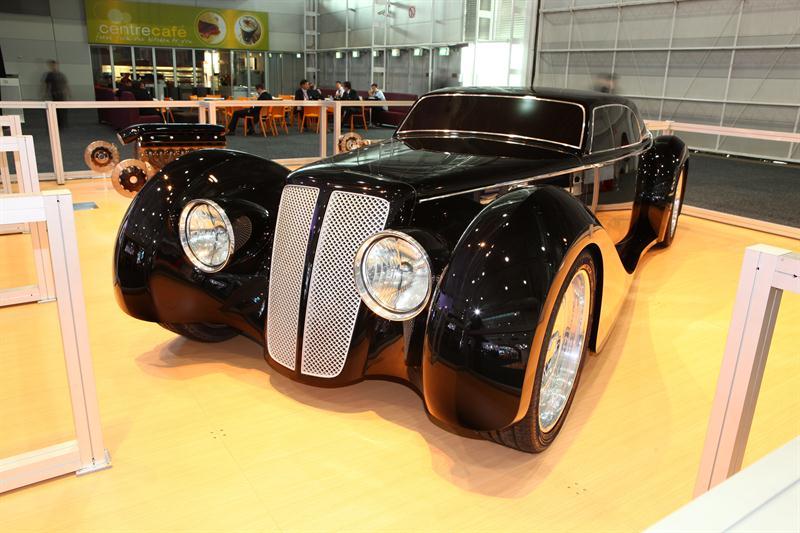 Nicknamed the "Black Pearl", the 14 16 takes its name from the bespoke 14-litre V16 engine that will power the car.
Amongst the latest offerings from the major manufacturers at the Australian International Motor Show (AIMS), there was a new model with a difference in the form of the "14 16" concept from NSW-based coachbuilders, Woods & Woods.

Nicknamed the "Black Pearl", the 14 16 takes its name from the bespoke 14-litre V16 engine that will power the car. Woods & Woods displayed at the AIMS to gauge interest in the concept, with a view to creating a small run of these vehicles to individual customer order.

The styling is inspired by Art Deco-era streamlined cars of the 1930s (think Stutz, Bentley, Bugatti, Duesenberg, etc.), but has a number of modern and hot rod-style touches, too, like the shallow windscreen and low-slung stance.

On first impression, the 14 16 has elements of the wild Saoutchik-bodied Bucciali V12 from the golden era of coachbuilding in the 1930s, with perhaps a little bit of Bufori in there as well, but the finished result is absolutely unique.

Woods & Woods restore classics from all eras as their main business, and elements of these classics have found their way into the 14 16's styling, too, like the Bentley-esque wheels, which are chunky 24 x 10-inch size.

Being a concept only, spec detail is limited, so aside from the engine, Woods & Woods say the car will feature a 6-speed transaxle (presumably to balance out the front end weight of the V16), Harrop 385mm disc brakes with 6-piston calipers, 24-inch wheels, and full leather and timber veneer-trimmed interior.

The father and son team of David and Jayson Woods have been on hand at the AIMS to answer visitor's queries on the striking concept.

"We've always wanted to build our own vehicle based upon early European and American designs, but in a way that no-one else has done before," said Jayson Woods. "Whilst it's taken only 12 months to build, I actually first thought this car up when I was at school, so it's really been decades in the making."

Further details on the 14 16 created by Woods & Woods can be found at: www.woodsandwoods.com.au 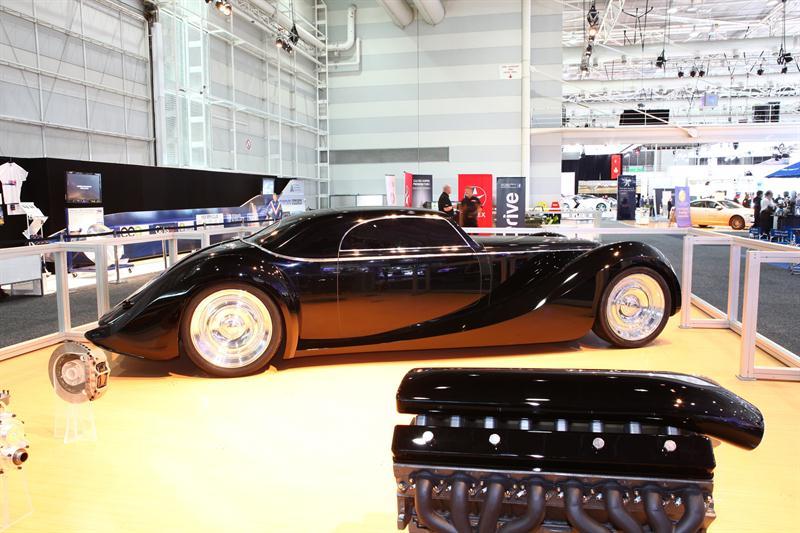