Pride of place goes to a restored, original right hand drive straight-eight 1929 Auburn Model 8-90 Phaeton that has just come out of long-term storage.

The Auburn was purchased in 1990 by former Watson's Bay Motor Museum proprietor, the late Ben Bronk, who commissioned a thorough restoration before his death shortly afterwards.

His wife Janet continued the restoration as a tribute to her late husband and according to Shannons, the quality of the work is exemplary.

From its completion in 1995, the Auburn went into long-term storage and has only recently been awoken from its hibernation. It is believed to be in good running order but is yet to be started.

Shannons are quoting a guiding range of $85,000-$95,000 for this charismatic and aristocratic American luxury vehicle.

From Britain there is a 1925 Rolls-Royce Phantom 1 Saloon with a significant history.

Chassis 10 MC is believed to have been the first Phantom 1 to come to Australia and was delivered to wealthy music publisher Frank Albert.

In 1937 the car's original open tourer body was replaced with a more modern City Saloon body by Melbourne coachbuilder Martin & King, complete with cocktail cabinet and a folding seat for the maid.

Two years ago the Rolls-Royce received a comprehensive overhaul by specialists John Vawser Motors and has since travelled 1600 km as part of the North West Rally, stopping only for fuel.

The 'new Phantom' is considered by marque experts as undervalued in the current market place, with Shannons quoting a guiding range for this aristocratic vehicle of $62,000-$70,000.

An attractively priced option for enthusiasts looking for a tourer from the 1920s era is an Australian-delivered 1924 Dodge that has had just two owners from new.

Originally delivered new in 1924 to a Mr. Jack Jones of the South Hay Hotel in Hay, NSW, the beautifully-presented Dodge with its four cylinder engine and three-speed manual transmission was purchased by the vendor from the Jones family in the 1970s and was restored in the 1980s.

Finally for commercial vehicle enthusiasts, Shannons have a 1928 Graham Brothers one-tonne Tray Truck that was restored comprehensively in the early 1980s by a previous owner.

Previously purchased from a Shannons auction in 1997, the Graham Paige remains and presents in excellent useable condition and would ideally lend itself to a wide range of promotional opportunities at its guiding range of $13,000-$17,000. 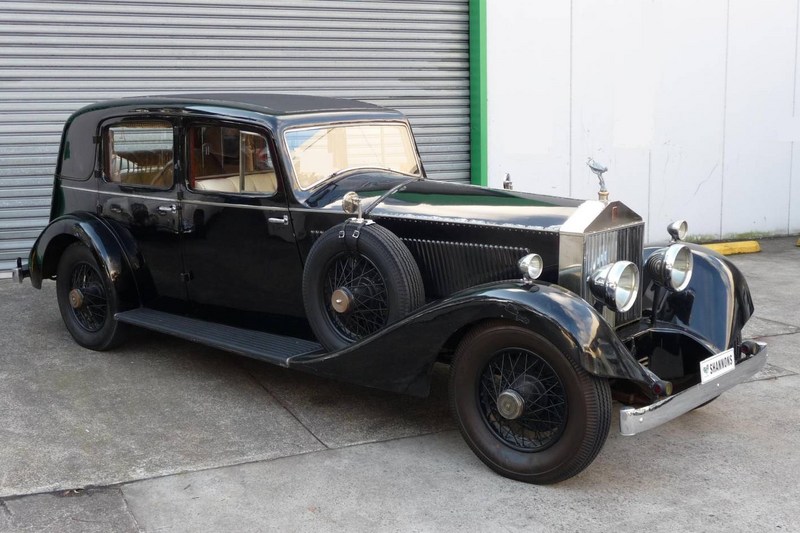