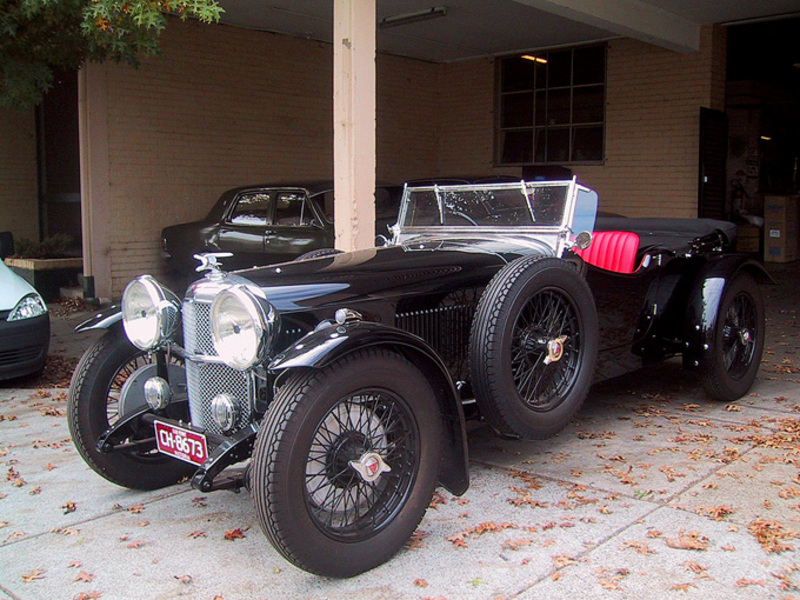 I knew a bloke who drove an Alvis for 3 years, paid nothing for it and gave it a hell of a time. His favourite trick was to drive it into barricades, loose off a couple of hundred rounds from his machine gun and then watch the Molotov cocktails bounce off the bodywork. His engine was the 119 kw eight cylinder job, and because the all up weight was close on 11 tonnes, he reckoned he never did better than 5 miles to the gallon. His favourite haunt was the Falls Road in Belfast. His vehicle was the Alvis Saracen light armoured personnel carrier (twin machine gun model!), made by the Alvis Group, Europe's leading armoured vehicle manufacturer.

So, this month it isn't a tale of a UK carmaker booming in the 20's & 30's, stifled in the 40's and dying in the 50's & 60's. Well, it is actually, because that is exactly the pattern that the car division followed. Founded in 1919 in Coventry, where so much of the British motor industry originated, Alvis started out with producing 1.5 litre four cylinder cars that were a cut above the average - the Alvis 12/50 remains one of the great vintage cars of all time. By the late 1920's, a 6-cylinder engine program saw the launch of the Silver Eagle sedan range. This then spun off into the sportscar variant, the Speed 20. The 'twenty' indicated its official RAC rating, the 2511cc 6 cylinder engine actually produced around 87 bhp. For its day, this was a significant number and gave the car top speed of 150 kph and a 0-100kph time of under 15 seconds. With three SU carburetters and dual magneto/coil ignition, it had all the goodies of the day. The gearbox was a crash type box and used a clutch stop to help speed the upward gearshift.

The Speed 20 had very distinctive semi-elliptical springs all round and while this gave a sporting character, it certainly made for quite a stiff ride. But that was acceptable, given this was a car with distinctly sporty pretensions when introduced (as the SA model) in 1932. While there was a standard 4 door saloon version from Charlesworth or Cross & Ellis coachbuilders, most customers chose to send their chassis to builders such as Vanden Plas or Thrupp & Maberly, and had them build 2 seater open sportsters - ideal for a thrash around Brooklands with your mates on a Sunday! These Speed 20s certainly offer a sporty drive. The 14-inch drum brakes work well, provided the driver is well muscled in the leg department and the steering is well up to the job. So performance, ride, brakes and steering are all good to excellent for the period.

Our test car has been totally rebuilt and rebodied, and is now 50 miles out of a very expensive restoration. Everything is immaculate, as indeed you would expect it to be at the price. Restorations to this level don't come cheap. It would cost all of $250K to buy an unrestored Speed 20 and bring it up to the standard of the car at Historic & Vintage Car Restorations of Blackburn, Victoria. The car is said to have some racing history, but there is no continuous written log of its life. However, it is known that it came to Australia new, in 1932. What is not known is who supplied the original body, or indeed whether it was bodied in the UK or over here.

Whatever its history, it looks magnificent now with its 2-door bodywork, black paint and lovely P100 headlamps. The restoration included new crank, rods and pistons. So, as you would expect, the engine runs as sweetly as it would have done back in 1932. Everything else seems to have been restored to the same very high standard, so its new owner should be able to look forward to many years of trouble free motoring.

We know we've used the line before, but as an investment, it's better than money in the bank, plus you get to use it at the weekend. Don't wait. Sell your house and buy it!

Price: Offers around $250,000
0-100 kph:15 seconds
Best point:Magnificent restoration
Worst point: The syncromesh gearbox introduced on the 1933 SB would make life a little easier
Recommendation:This would be one of the best Speed 20s in the World, and a good Speed 20 is getting very close to the top of the'collectable' tree 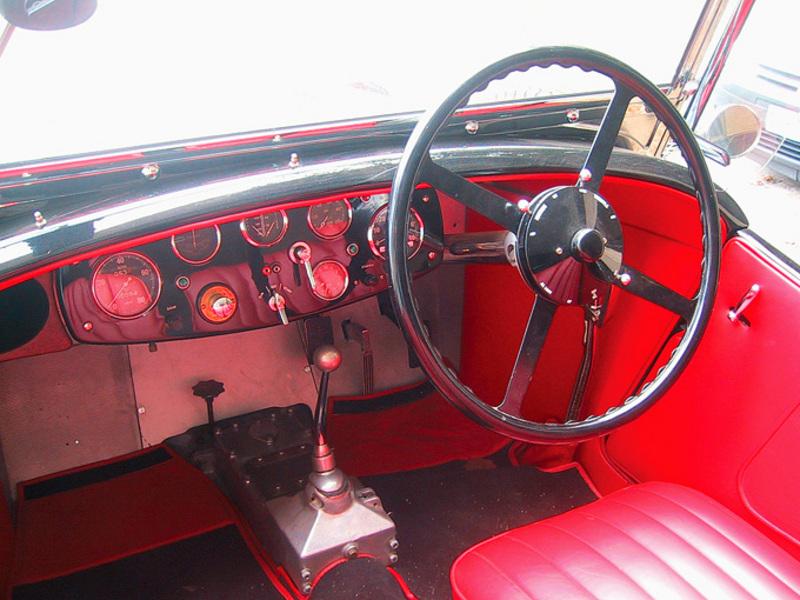 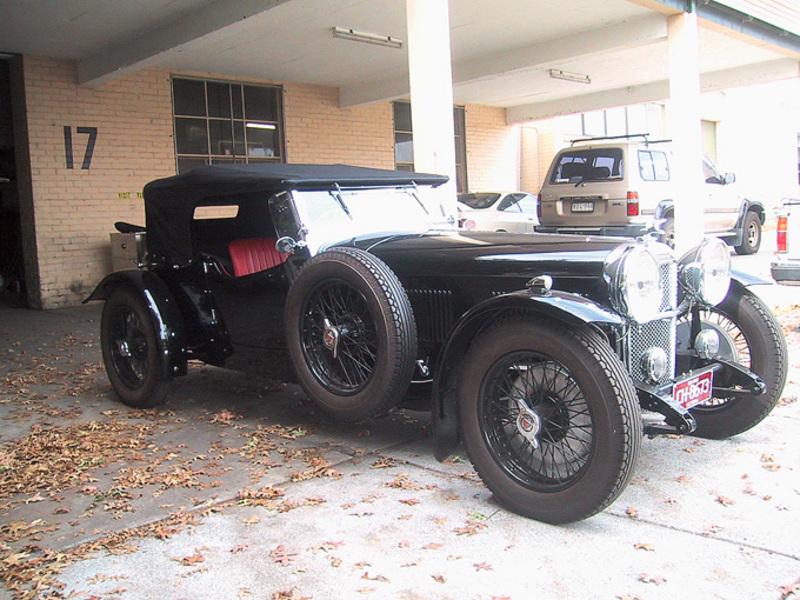 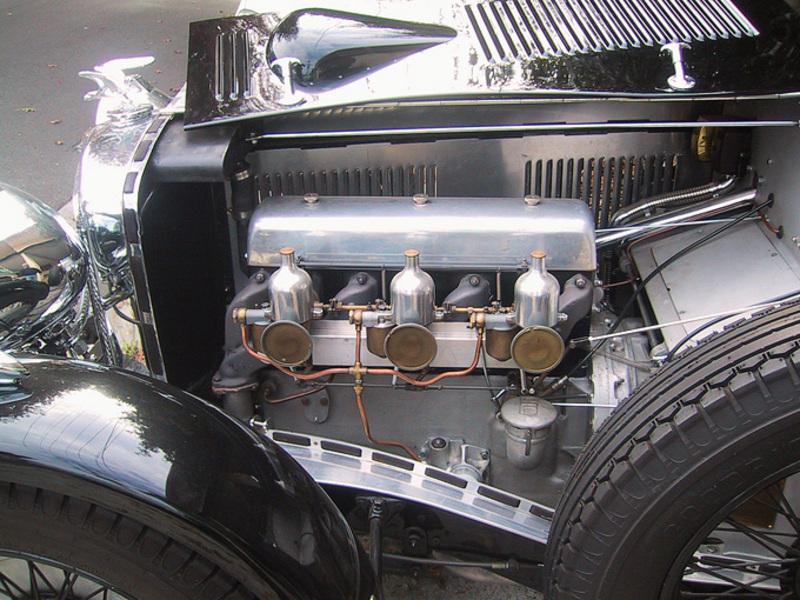 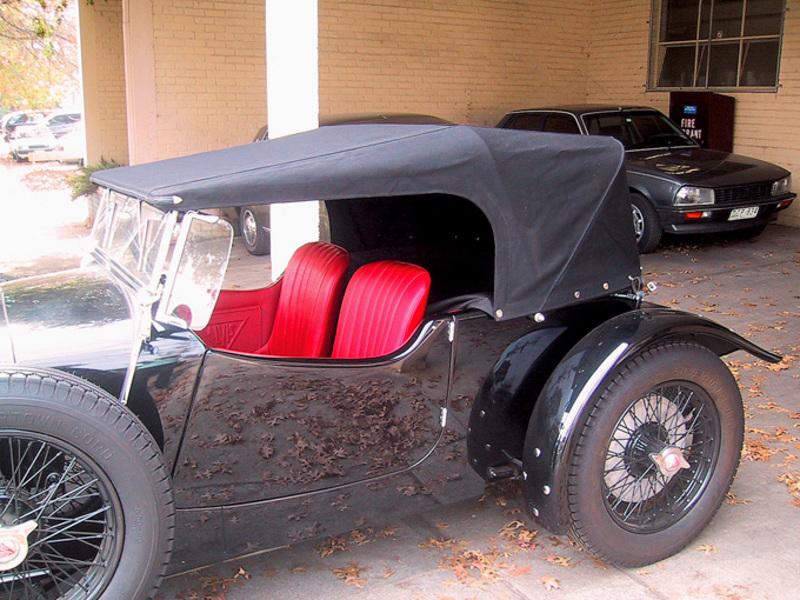