We need a few dates to set the scene. Between 1917 and 1931, Holden's Motor Body Builders became the predominant supplier of bodies to the Australian auto industry. During that same period, General Motors Australia was also the major importer of chassis/engines into Australia. In 1923, GM announced their intention to use Holden's as their sole body supplier.

When the recession (we had to have!) hit in 1931, the inevitable happened. For the sum of _1.1 million, GM acquired Holden. This was a lot of money back then and it bought them what was then the largest body shop in the British Empire, a workforce of 2,600 and a production capacity of 35,000 bodies per year. This was no backyard operation, but a mighty pressing and body producing facility. Into the 30s GMH (as it was now called) departed from a total reliance on US design and new "Australian Design" bodies became available. The most famous is the Utility body in 1934.

Now we need to hop over to the other side of the globe. The Vauxhall Iron Works was established in the mid 1800s to produce marine engines. Their first car was launched (get the pun?) in 1903 and twenty or so boom years followed, but in 1925 they were bought out, like Holden, by General Motors. And to think that the young rebels of today think globalisation is something new! Maybe they need to read a few more history books and watch a few less Michael Moore movies. End of political section - I hear a whisper there's an election in the wind!

Anyhow, the people at GM now saw the opportunity to add to the Chev/Buick range in Australia by importing Vauxhalls. It was a smart move, as they became the best selling British car here throughout the 30s and 40s. Some came with UK bodies, but most were bodied by Holden. Up to 1938, all were 6 cylinder cars, but in that year GMH introduced the 4-cylinder version, the 10/4 (and no quips about "over and out" thank you very much!). Called the "Wyvern", the 10/4 came in 3 body styles: sedan (5429 built before the WW II stopped production); Roadster (396); and the Caleche (3331).

Unlike the other two bodies, the caleche was uniquely Australian - a full 4 seater two door convertible. It is hard to call the caleche a sportscar, though. The 1203cc engine was good for a top speed of 100 kph. . . maybe. On early models, you could fold down the windscreen, which was said to add another 10 kph at the expense of a windswept hairdo.

Rear seats were optional on the '38 model, but by '39 they came as standard. The ones on our review car are brown leather and look original (as does the entire vehicle, for that matter). Interestingly, when new, the roadster and caleche were cheaper than the sedan. So why do current convertibles carry a 20% - 50% premium over their sedan variant? - I smell profiteering at work - must be globalisation!

The car pictured has been in storage for 30 years, but is said to be a runner (we didn't get to drive it). Past Wyverns we've seen are sweet little runabouts that will get the owner from one motor show to the next in a reliable, if sedate manner. Tyres and parts are reasonably easy to source through local clubs or the internet. If it helps, I think the duco colour is called Coolangatta Cream - isn't that just the best name for a fairly modest off-white colour?

From what we can see, this would not be a difficult resto project, as everything appears to be there, including the original number plate and fabric hood. Rust does not appear to be a major issue and the separate chassis should be in good condition.

Taking into account its good condition, this looks like a good opportunity for the enthusiast, preferably one who can take on some or all of the restoration work himself.

Trivia: Got a couple this month!
First is that 'caleche' is loosely translated from the French as "seating two comfortably and two tightly".

Second is about Vauxhall itself. In the 13th Century, a mercenary soldier called Fulk le Breant was granted the Manor of Luton. He built a house called Fulk's Hall. Over time, it became known as Vauxhall. The car company also used le Breant's heraldic coat of arms - a Griffin - as their logo. 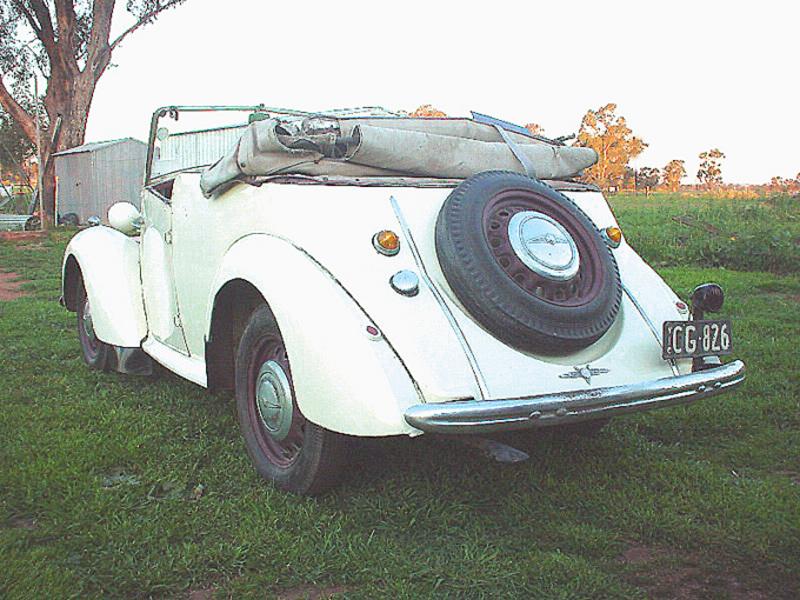 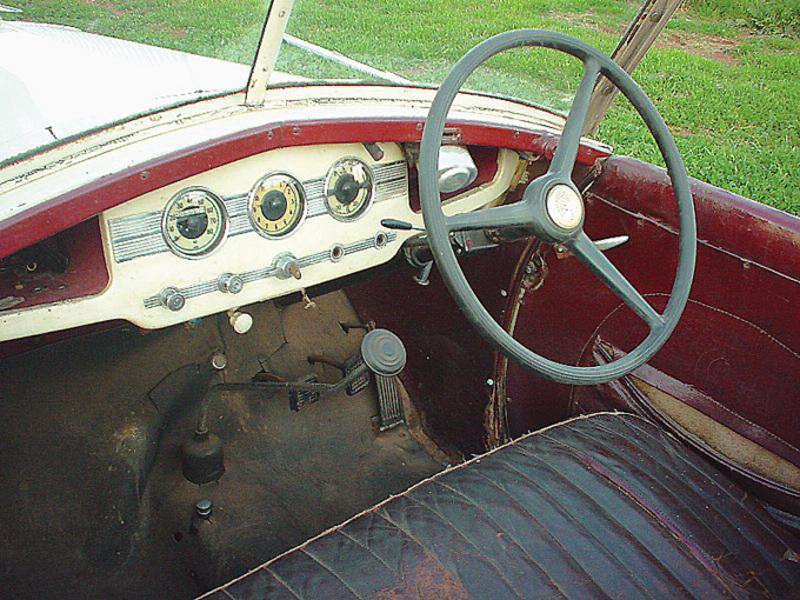