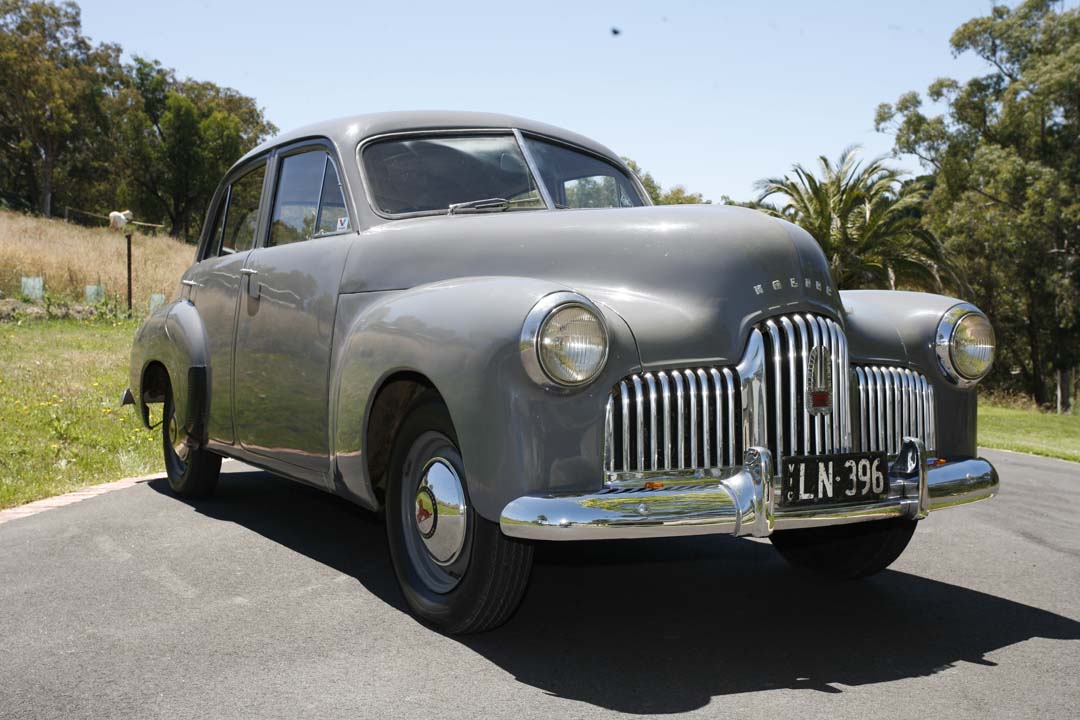 The Holden featured here is one of a very elite breed - an original, unrestored early-production 48-215 (FX). And when we say, we mean VERY early.

With body #19, it is the second oldest Holden production-model body still in existence, second only to the #6 body that’s on the 48-215 in Holden’s own collection. But what makes this particular 48-215 even rarer is that it is the oldest Holden to still carry the same registration from new.

State of the Nation

On 29 November, 1948, when the first Holden was presented to Prime Minister Ben Chifley (who uttered the famous ‘She’s a Beauty!’ appraisal of the car), Australia was a very different place from what it is now.

In a snapshot of Australia in 1948, the forty-hour working week came into effect nationwide, Tasmania elected its first female member of parliament, Don Bradman retired from test cricket, Rimfire won the Melbourne Cup, the RAN’s first aircraft carrier (HMAS Sydney, not Melbourne) was commissioned, Australia won thirteen medals at the Olympic Games in London, and Olivia Newton-John was born. Tuberculosis was still considered enough of a health threat to warrant a national-level campaign, while the year also saw the number of Federal politicians in both the Senate and House of Representatives increase by more than 60 per cent (maybe 1948 wasn’t so great after all!).

Fittingly, the concept of an ‘Australian Citizen’ came into being in the same year as ‘Australia’s Car’. Before the Nationality and Citizen Act, most of our 7.7 million population in 1948 were legally regarded as British Subjects.

Symbol of the Future

Of those workers and guests assembled alongside Chifley at Fishermen’s Bend on that November day in 1948, none would have imagined that the Australian-made Holden would be a thing of the past less than seventy years later.

Back then, the nation’s optimism was, for many, exemplified by the new Holden. It showed what we as a nation could do and showed that we were moving forward – looking to the future.

Sure, it may not have been the best car out there, but it was perhaps the best car for Australia. More than that, being Aussie-made, the Holden was also something we could truly claim as “ours”.

It also became a source of pride: in a scenario far removed from the modern new car market, having a new Holden in your driveway meant something in the 1950 and ’60s, and was as much a status symbol back then as the jumbo-sized flatscreen or McMansion is in the new millennium.

But, when the car shown here was built, that fervor was still to manifest itself.

The closure of GMH’s Australian manufacturing operations at Elizabeth last October saw general interest in early Holdens increase, but for some, that interest was bubbling away well before 2017.

Fans of early Holden history may already be familiar with this car, as its story was documented in Don Loffler’s authoritative book on early Holdens - She’s a Beauty.

That figure includes the ten ‘pilot-production’ examples, but excludes the five prototypes that were manufactured beforehand; three in the US and two here in Australia.

Bearing body number ‘19’ from GM-H’s Woodville plant (which produced all Holden bodies at that time), it’d be logical to assume that this 48-215 was the nineteenth Holden built, but that’s not the case, as Loffler’s research found out.

From 1949, Holdens assembled at other GM-H plants all carried their own serial numbers, so trying to establish a build order is impossible.

What Loffler’s research also uncovered is that, of those 163 units built at Fishermen’s Bend in 1948, only five are known to have survived, and this car is one of only two still in original condition.

The history of this car can be traced back to its assembly at Fishermen’s Bend in late 1948. Early the following year, it was sent to James Coxon’s Holden dealership in rural Casterton, Victoria.

Finished in Convoy Grey, 48-215 #19 served as the dealership’s demonstrator for several years before James gave it to his daughter. During her ownership, it was repainted green, but an upgrade to a new FE Holden in 1956 saw the 48-215 come back to the dealership.

Fortunately, James’s son-in-law, Keith Brown, noticed the body number and thus recognised the car’s significance as one of the earliest Holdens. He returned it back to its original Convoy Grey and kept it as a display vehicle, rotating it between the expanded dealership’s three branches: Casterton, Coleraine and Mount Gambier.

Wisely, both Brown and Coxon resisted the urge to refurbish or upgrade the car beyond the repaint, so it still carries its original ‘Bedford Cord’ cloth trim, original engine and - extremely rare for a country car - its original windscreen, too.

In 1970, the passing of James Coxon saw the dealership and the #19 Holden pass to his grandson Geoff Brown, who lavished similar care and attention on the car.

In 2003, after more than three decades in his possession and with unbroken registration dating back to 1949, Geoff decided it was time to sell the Holden, which eventually saw it come to the attention of Phil Munday

Those same early Holden fans who have pored over Don Loffler’s books will have no doubt heard of Phil Munday - a collector, restorer and acknowledged guru on all things early Holden. And more recently, a Supercars race team co-owner with Lucas Dumbrell.

A genuine, restored Army 50-2106 (FX) ute, ‘Cordell’ FJ station wagon replica and a number of other restored and original early Holdens are in Phil’s collection that, at last count, numbered more than three dozen.

Phil also played a major part in building the ‘Goodwood’ FX racecar that Peter Brock drove at the Goodwood Revival in 2006; Brock’s last circuit race before his death that September.

While Phil said he wasn’t particularly looking for a very early Holden like this, the opportunity to purchase 48-215 #19 came up, so he decided to take the plunge and add this car to what was already an impressive collection.

Learning on the Go

Back when this car was close to new, design faults had already become apparent. With the benefit of hindsight, some of the issues identified by early owners may seem glaringly obvious, but all the testing under the sun is no substitute for ‘real world’ usage.

Being one of the earliest examples built, Phil’s car is a great showcase of the features and details that were changed on subsequent Holdens, even within the 48-215’s lifespan. If you’ve got an 48-215 with some of the features detailed below, as documented by Don Loffler, it’s a fair bet you’ve got a VERY early example!

One of the earliest changes came in March, 1949, when ashtrays were added to the back of the front seat. Passenger-side sunvisors followed, but these were usually fitted after delivery by dealers.

From April 1949 onwards, the bonnet latch was moved from the front to the rear of the radiator panel to lessen the likelihood of the bonnet springing open in the event of a sudden jolt or impact to the front of the car.

Trim strips for the glovebox and windscreen were deleted before the end of the year, with the bumper overriders redesigned, too.

At around the same time, the steering wheel was changed from two-tone black and grey to a single-tone grey finish, followed by repositioning of the slots for the cap in the fuel filler neck. The original vertical placement resulted in spillage out of the bottom slot, so they were changed to a horizontal position.

Floor carpeting was replaced with more durable and hard-wearing rubber mats in 1950, but a more noticeable change came a year later. The rear door locks had originally been positioned at the trailing edge of the door, making them inaccessible from the front seat; from January, 1951, they were moved to the front of the rear doors.

In 1952, the blue-green face of the speedo was changed to a brighter blue, followed by minor redesigns of the tail light wings, quarter vent window latches and other items, with the last major redesign being a suspension upgrade on the eve of the FJ’s arrival in October, 1953.

While not a fault, an external tail light switch was a curious legal requirement in certain States – for all cars - until around 1953. On 48-215 cars that continued in regular use, these switches were usually removed and the mounting holes filled, so examples, like on this car, that are still in place are extremely rare today.

When we first featured #19 in JUST CARS, back in 2010, Munday was looking to sell the car to focus on other projects. It was bought by WA-based collectors Alan and Joe Little, who have built up an impressive private collection of early Holdens (almost all FX and FJ models) and related memorabilia. Like Phil, the Littles undertake their own restorations and have a passion for early Holdens.

Phil’s asking price of $350,000 back then may seem steep, but at around the same time, Charlie McCarron was asking more than $1million for the unrestored 48-215 #46 in his extensive collection. While some were expecting the value of these early Holdens to hit seven figures once the end of Australian manufacturing was announced, a more realistic assessment of their value came when the 48-215 prototype #4, formerly part of the York Motor Museum collection of Peter Briggs, sold for $672,000 (including buyer’s premium) at the Motorclassica auction in 2013. While below expectations for what’s arguably a more significant car than #19, the final price was still an impressive return for Briggs, who paid only $15,000 for the prototype back in 1980.

That prototype is now owned by Terry Dowel and was recently seen in action (yes, it’s driven!) on the Targa Florio Australian Tribute event in Victoria this past December.

While prices will always fluctuate, what’s important with cars like the ex-Munday #19 Holden is that they’re still in existence.

Keeping these cars alive is an important part of keeping Holden’s – and Australia’s – manufacturing legacy alive, too. 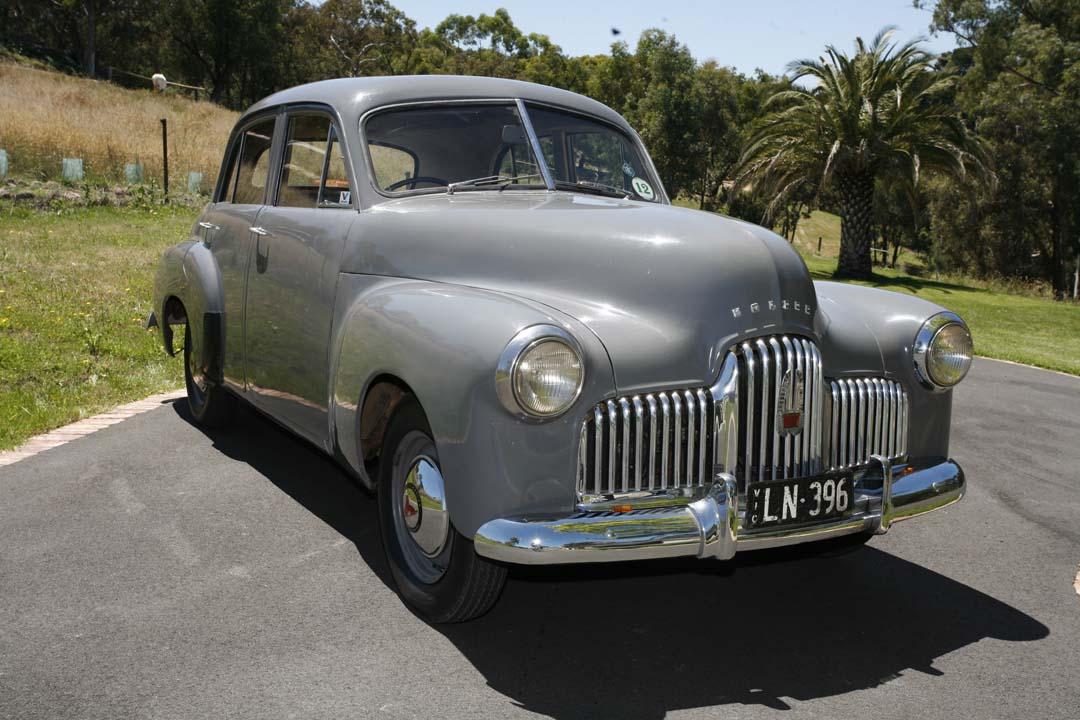 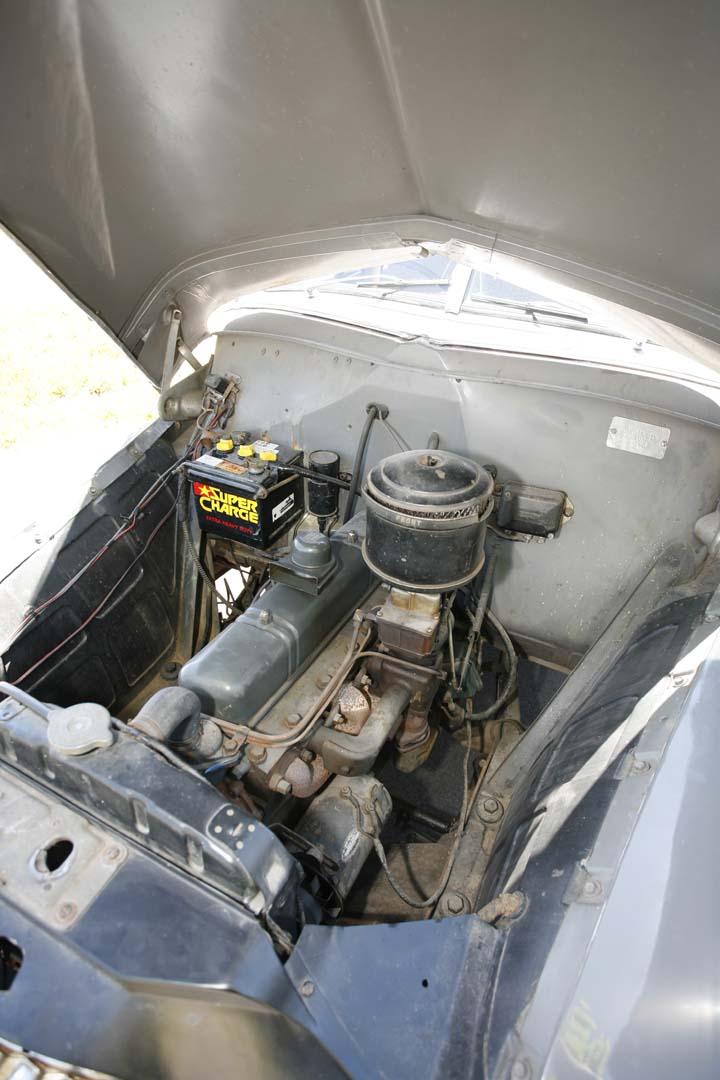 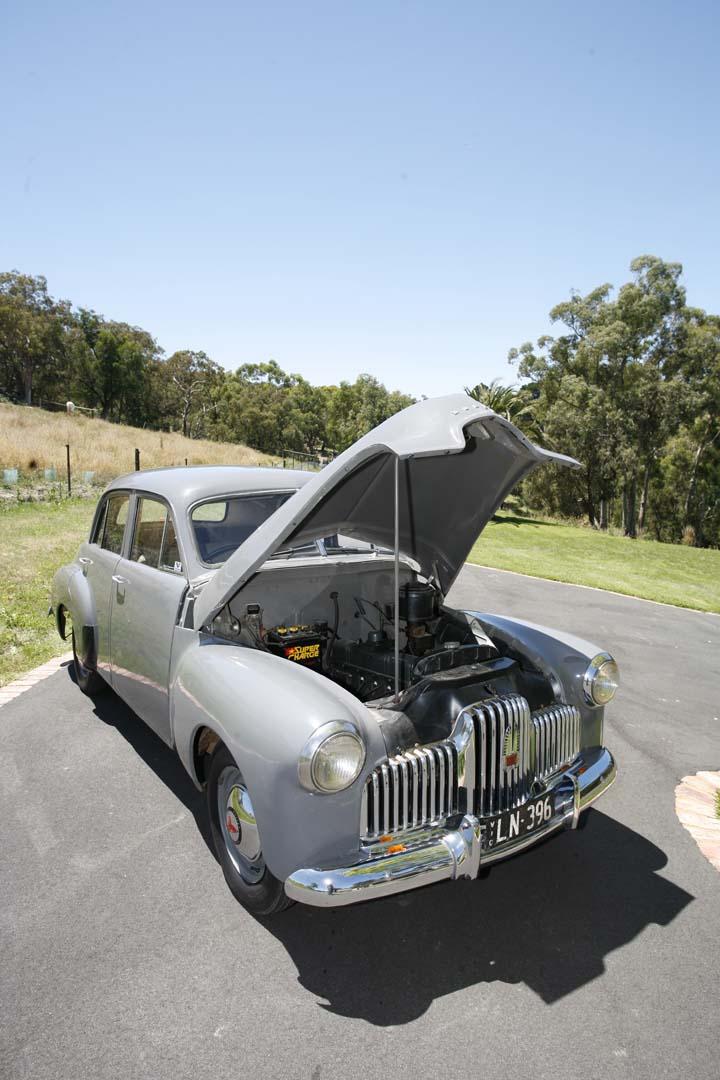 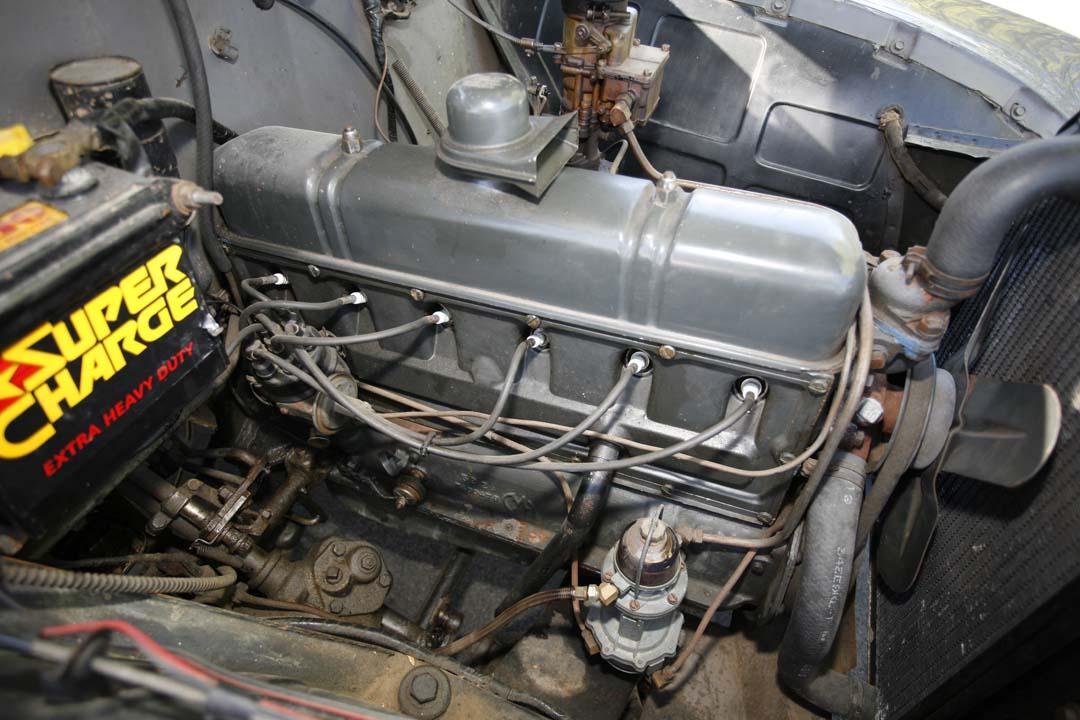 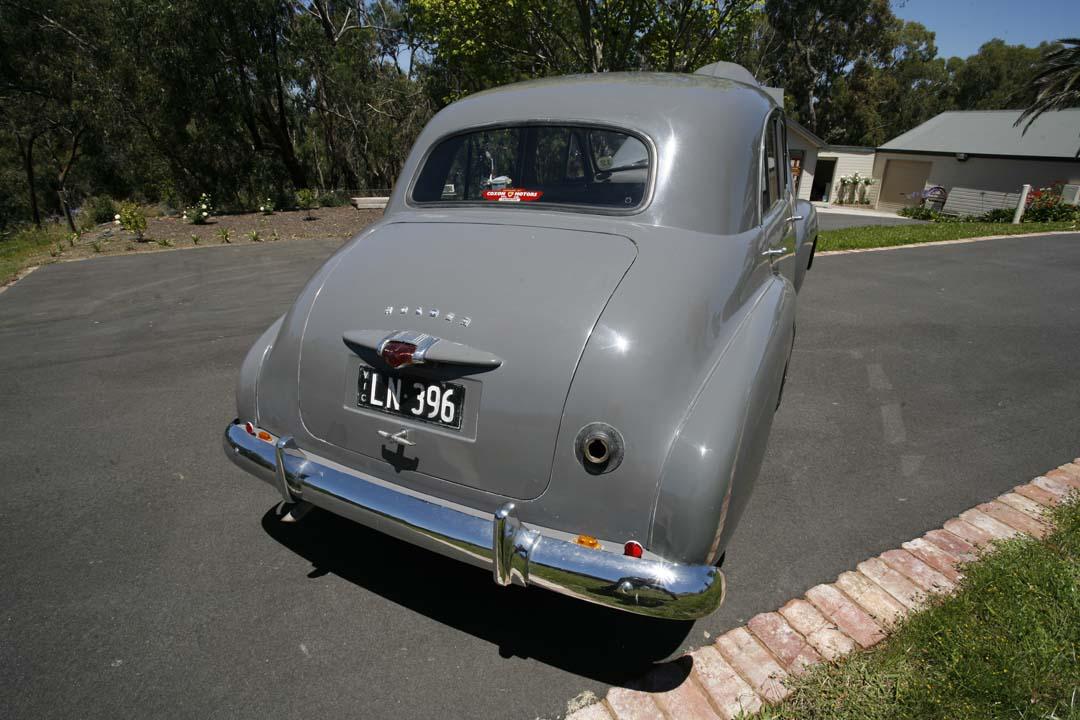 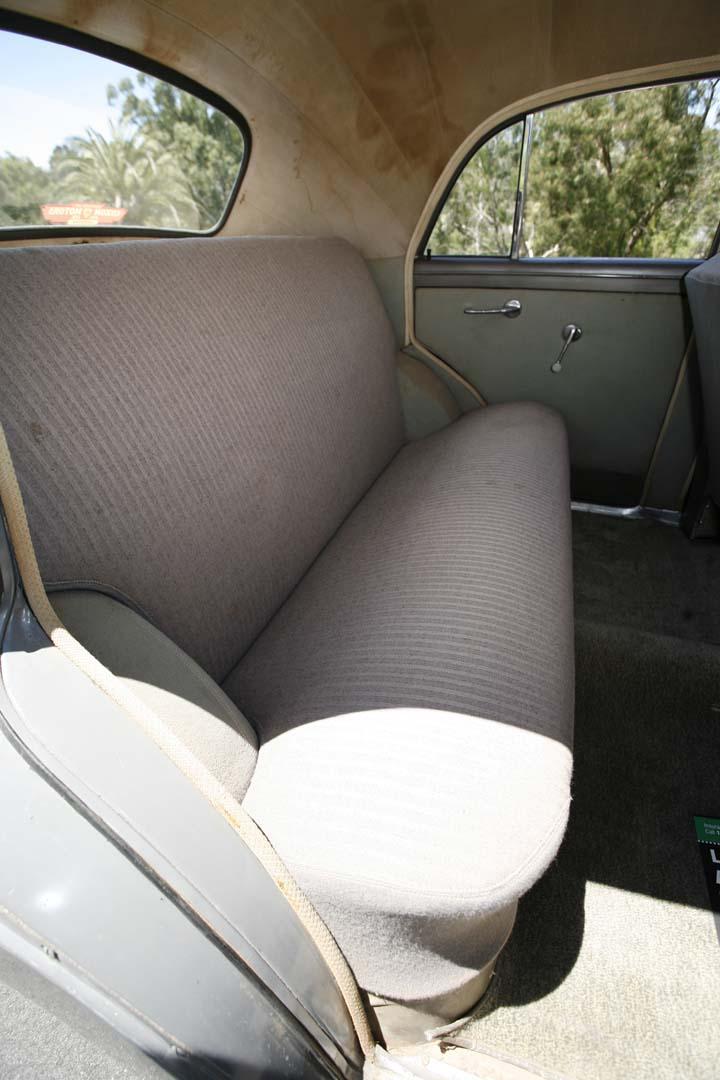 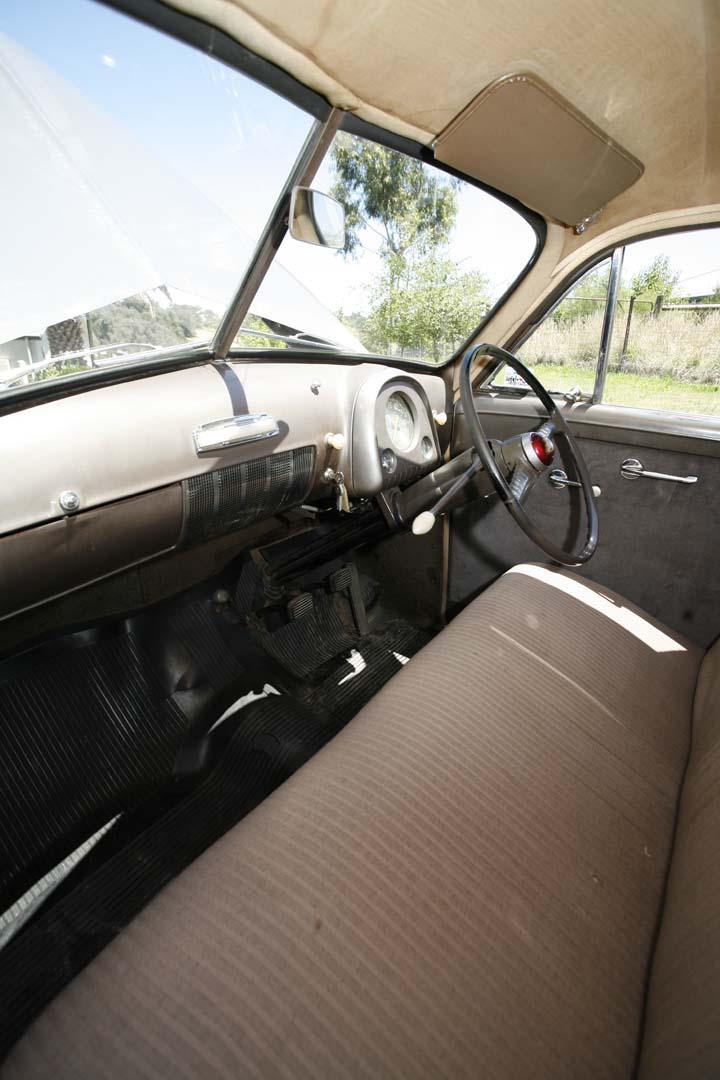 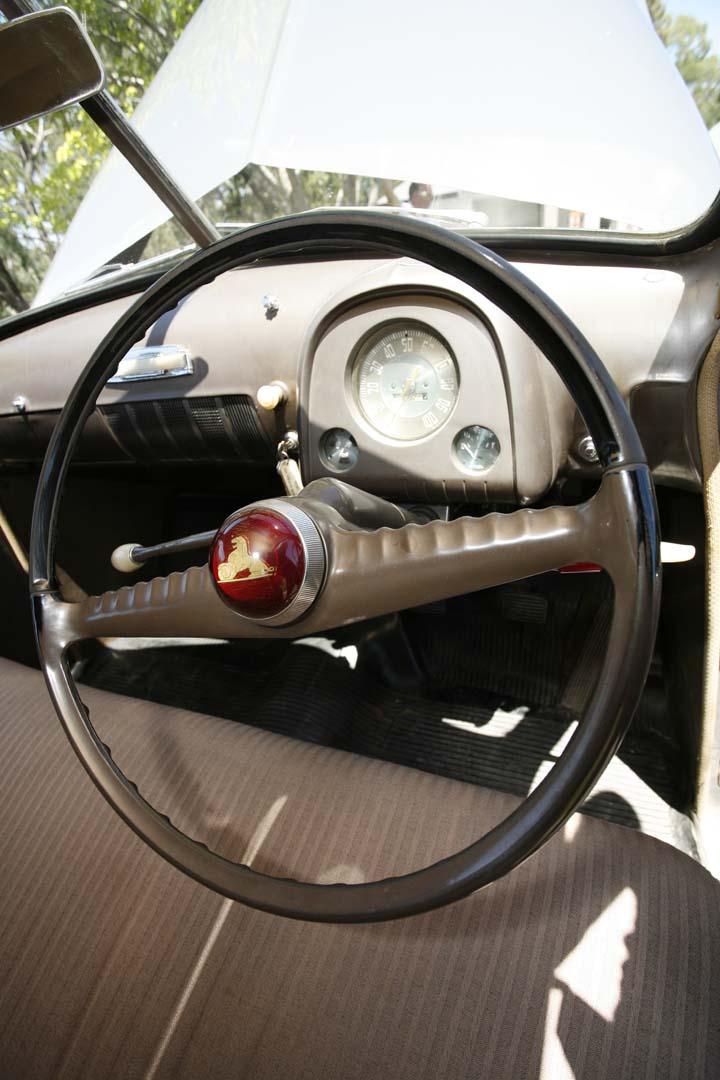 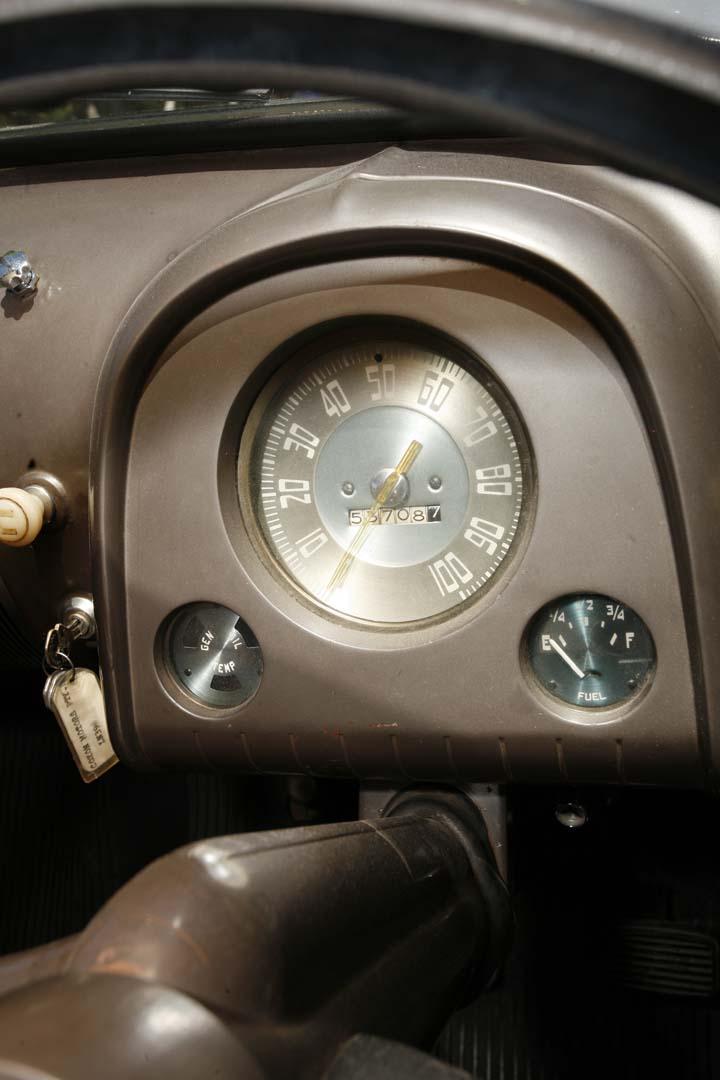 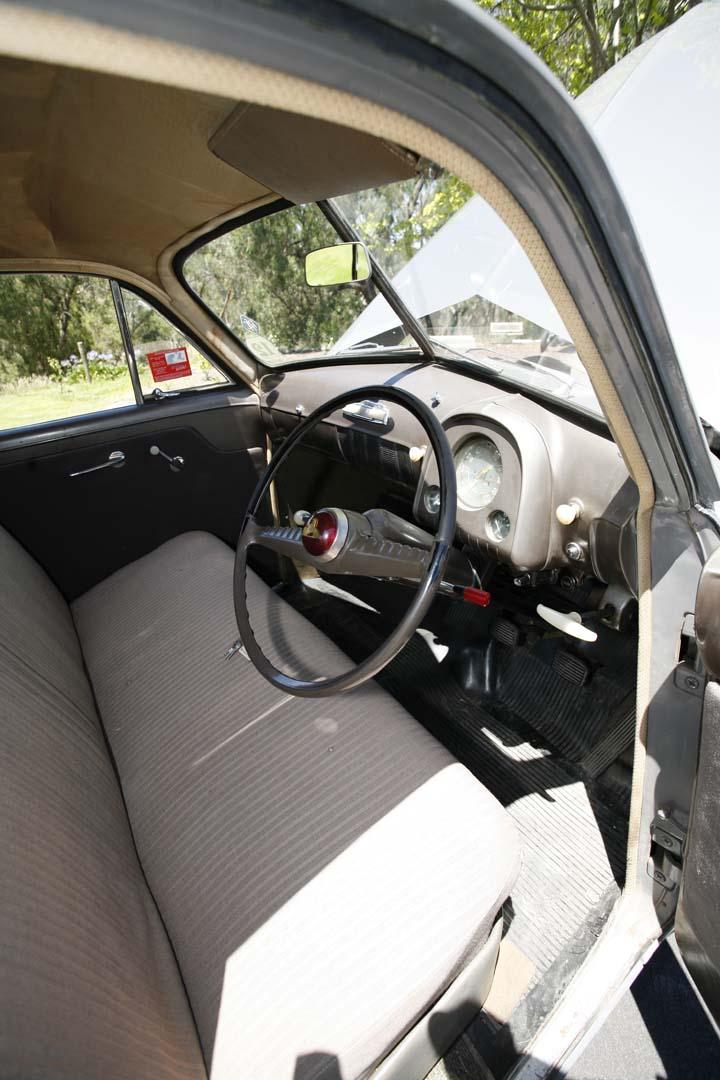 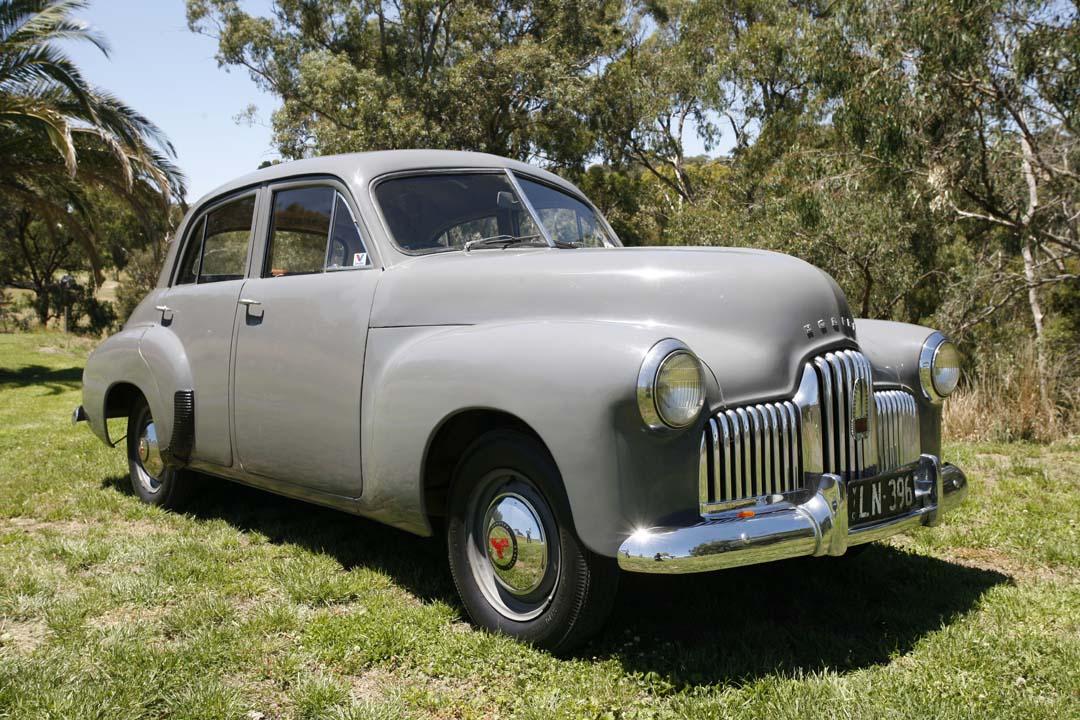 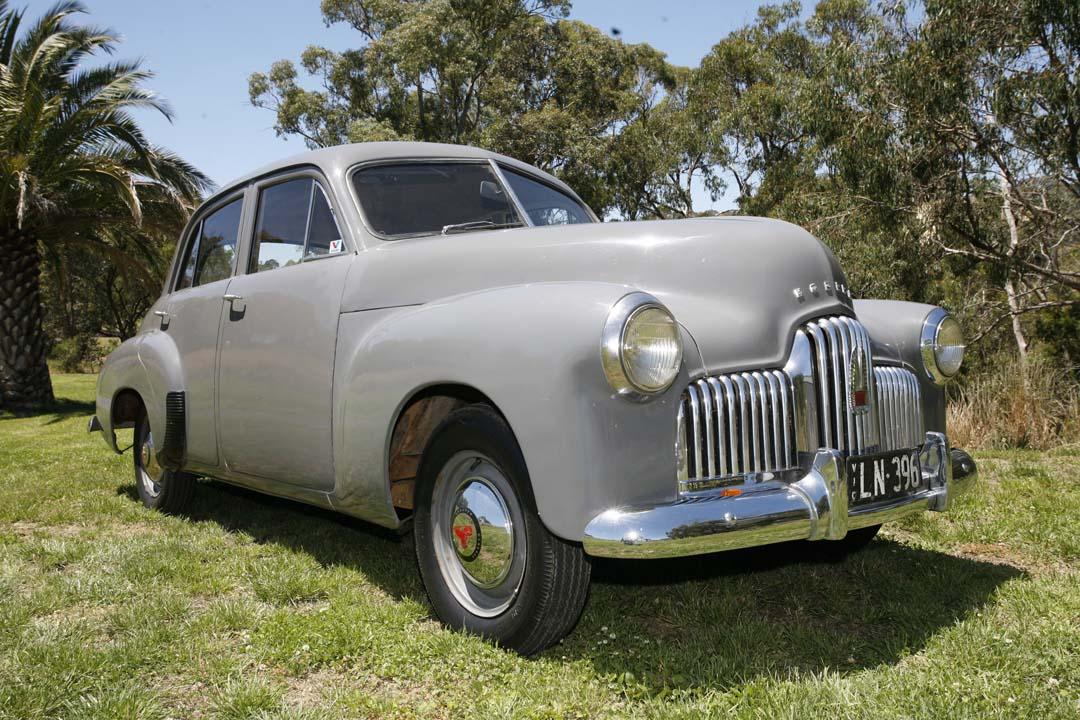 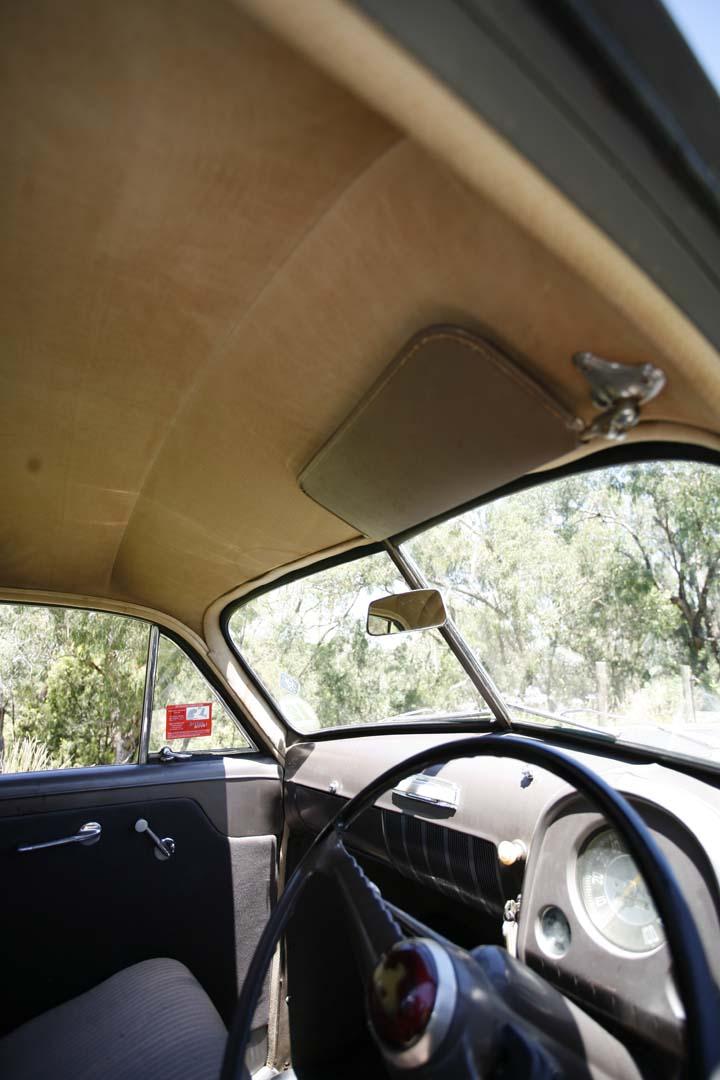 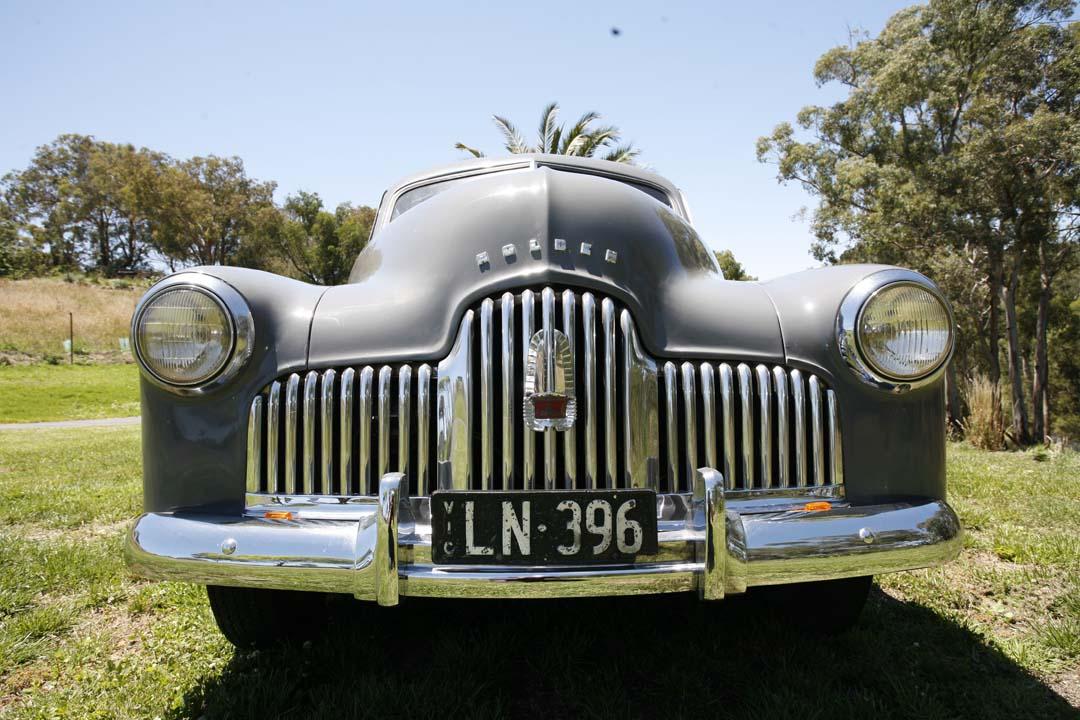 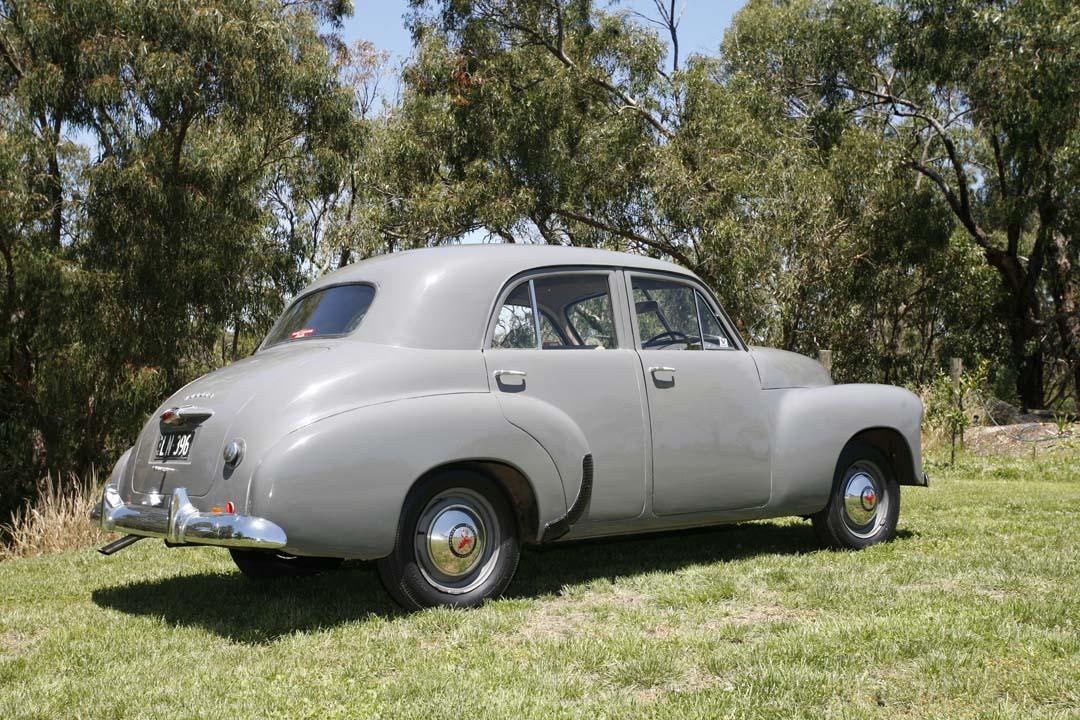 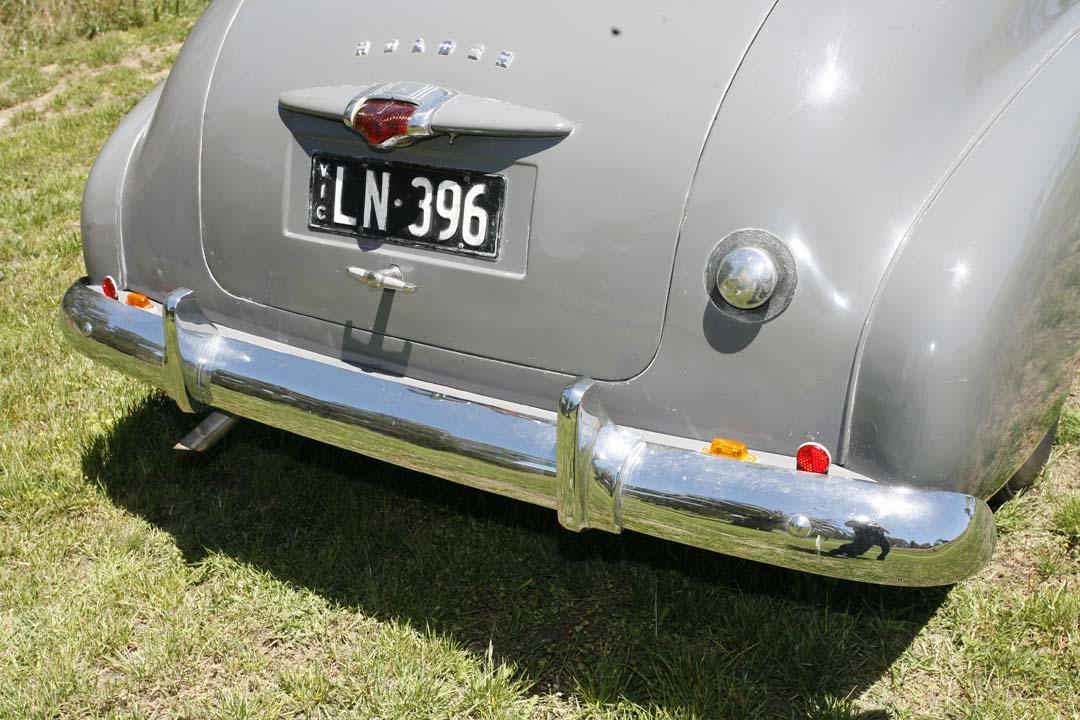