While Jaguar's XK 120 was the "star" of the 1948 Earls Court show, the diminutive Morris Minor arguably attracted more column inches in newspapers and magazines. Much of the interest came from the Minor's extreme difference over the Morris '8' model it replaced. The Minor featured a unitary construction body, rack & pinion steering, and independent front suspension. Developed during World War II by Alec Issigonis under the code name "Mosquito", these elements had been used on other vehicles, but never combined and applied to a clean-sheet design. Compared to other cars of the same era, the features included in Issigonis's design made the Minor one of the most modern - and modern-looking - machines going around in 1949.

Like the body engineering and suspension, the Minor's exterior appearance was also the creation of Issigonis, and was his first serious styling work. From the outset, Issigonis had a clear vision of the need for a small car in the post-War period, as well as what that car should look like. As such, the production Minor looked remarkably similar to Issigonis's earliest sketches. On debut in late 1948, the Minor was available in two door 'saloon' and open-top 'tourer' bodies, with both these options continued into 1949. The frontal appearance was characterised by low-set headlights (which would later lead to Minors so equipped being referred to as "lowlight" models), narrow-barred grille and two-piece windscreen.

Being an economy model, chrome trim on the Minor was minimal, and was actually cut back during 1949. Early models featured chrome surrounds for the windscreen and side windows, but this was replaced with painted frames in December of that year. Only four exterior colours were available: black; red; Platinum Grey; and Romain Green. A raised beadline that ran along the body in line with the door handles was sometimes painted a contrasting colour, but this doesn't appear to have been universally applied. 1949 also marked a switch from cellulose-based paint to synthetic for all colours. Other changes of note during '49 include the adoption of twin rear stop/brake lights in March. Previously, the light was only on the offside, with a reflector used on the nearside. Three months later, the small, circular tail lights were replaced with larger teardrop-shaped units that sat proud of the body for greater visibility.

Despite all the interest in the Minor in its home market, exports were crucial to the survival of British industry after WWII, so Minors were a rare sight on British roads in 1949. Australia would go on to be the best export market for the Minor, but back then, Morris, like other British manufacturers, had their sights set on America. To that end, the Minor had a symmetrical dash layout to make production of left hand and right hand drive versions easy. Both sides featured a large central opening. On RHD models, a speedometer occupied the right opening, with a large Morris badge on the left (glovebox) side, which could be replaced with an optional clock. Beneath the dash ran a full width parcel shelf. Gauges and switchgear were minimal, covering the basics of speedometer, oil pressure and fuel gauges ahead of the driver, with controls for choke, lights, starter and ignition key centrally-positioned on the dash. Under the dash on the driver's right was the switch for the semaphore "trafficators". When switched on, the trafficators flicked out of their position behind the doors and lit up to indicate a turn. Higher up on the cowl was an ignition warning light on the driver's side, windscreen wiper controls in the middle, and a glovebox release button on the passenger's side. Interior decoration was minimal, described as "tastefully appointed" in Minor brochures at the time, with plain door cards and basic pleated seat upholstery in vinyl.

With its bucket front seats, the Minor was unusual for the time. This was part of Issigonis's philosophy of seating all occupants within the car's wheelbase and making the best use of interior space. Even with the famous widening of the body during the Minor's development, there was never going to be enough room for three abreast seating, so it made sense to use buckets. Their curved shape not only offered better support, for front seat occupants, but also made for easier access to the rear seat, and allowed for a centrally-placed hand brake.

For all its modern - at least for 1949 - features, the Minor did have a major Achilles Heel in its engine. Cost limitations meant the Minor was obliged to run the old 918cc side valve inline four from the Morris 8, rather than an all-new, compact horizontal four that Issigonis had originally envisaged. This meant that, for all its other good points, the performance of the Minor was pretty feeble. Consequently, a number of Minor owners have dropped in replacement engines, with Fiat twin-cam and Datsun units being popular upgrades. The Minor's drum brakes, while typical of the period, were meagre and required a solid foot to haul the little car up. In line with the engine improvements, disc front brake upgrades are possible, and offer much improved stopping performance. Fitting a brake servo will also help.

Ironically, for all the work Morris put into making the Minor suitable for US distribution, it had no real impact on the American market, at least not in 1949. Only 442 Minors were shipped to the US that year, while almost seven times that many were sent to Canada. Despite this, the American market was large and lucrative enough to warrant the Minor's first significant styling change. In October of 1949, a Californian law was passed requiring all vehicles to have headlights positioned between 24 and 54 inches from the road surface in order to be legal for operation on that State's roads. The "lowlight" Minor's lamps came under that 24-inch minimum. So, keen to retain important export revenue, Morris started on a redesign that moved the headlights to the top of the front guards. What became known as the "highlight" model was introduced in 1950, much to the chagrin of Issigonis, who claimed the redesign robbed the Minor of 1 1/2 mph in top speed. Doesn't sound like much, but in a car that could only reach around 62 mph (98 kph) flat out, Issigonis must have thought every little bit helped!

Back in 1949, the looks, handling, steering and ease of operation made the Minor a winner, and those attributes still hold true today. The Minor is one of the most popular of all postwar British classics, with die-hard owners thoroughly devoted to their "Moggies". Strong club support usually means a good network of contacts and spares, so repair or restoration of an early lowlight Minor isn't that daunting a task. Mechanical and engine components are generally pretty solid, but need diligent maintenance. Like all British classics, rust is an issue, so Australian-delivered CKD examples are preferred, but by now, most lowlight Minors on the market will likely be restored survivors.

Limited production of the lowlight models means C1949 Minors are rare compared to the highlight models that followed. This is particularly true of the tourers, which are so popular that there's a small industry in the UK devoted to converting fixed roof models into convertibles. In factory spec, a Minor will never blow your socks off, so steer clear if you're looking for sportscar performance. But if you're looking for a fun, cute and enjoyable classic that's cheap to run and child's play to work on, an early Morris Minor is pretty hard to beat. 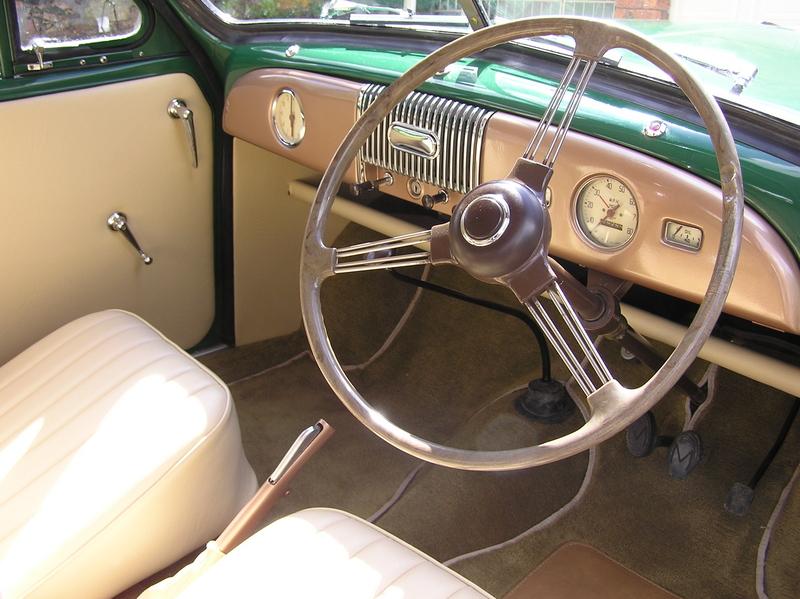 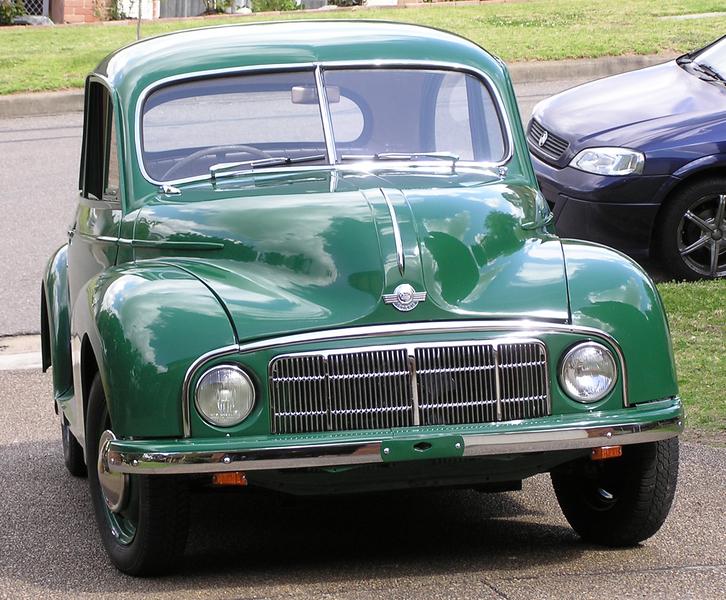 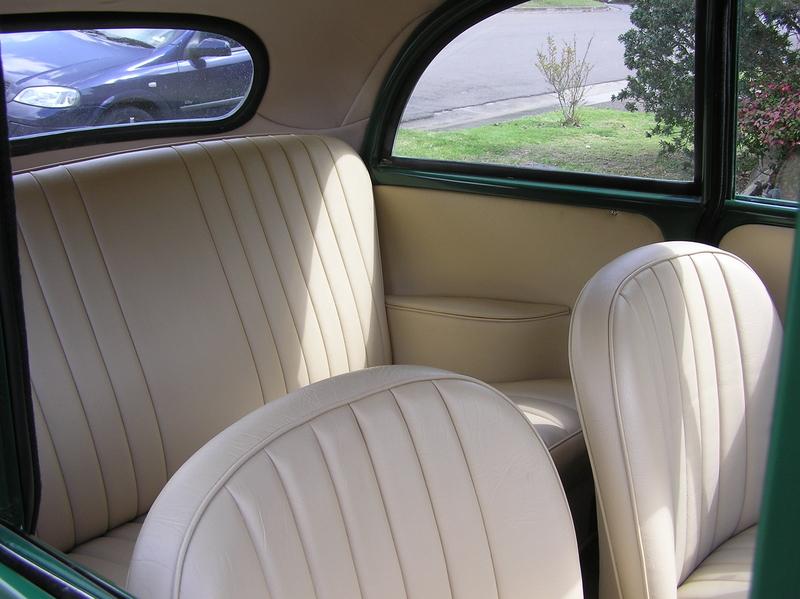