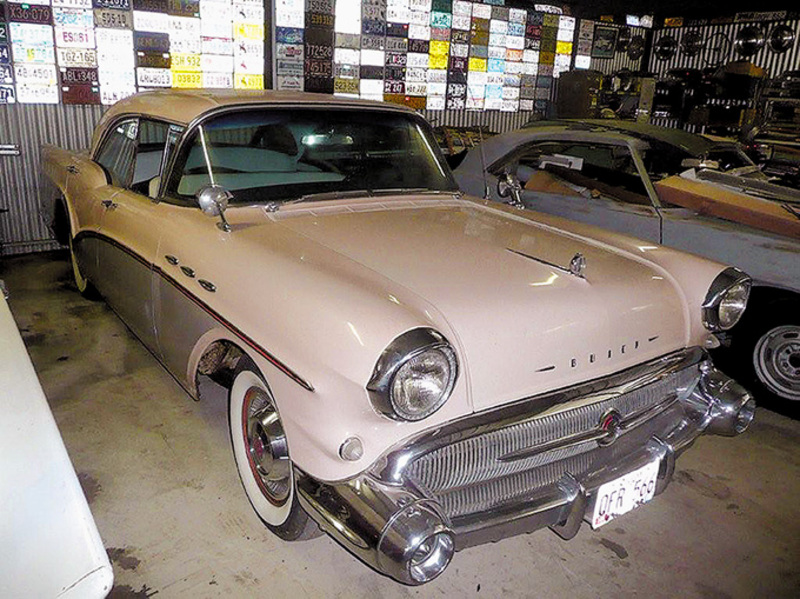 OK, apologies for paraphrasing the Jackson Five with that intro. In fact, 'the boogie' was about the only thing you COULDN'T blame for Buick's woes in the late 1950s. Blame advertising, styling, the market, even the weather! Buick sales took a real hit in the late 1950s and part of the reason was a Hurricane - Hurricane Jackson to be precise.

Now, before all your meteorological heads out there tell us there was no such thing as a Hurricane Jackson in 1957, we're talking about Tommy "Hurricane" Jackson, a prize fighter who, in July, 1957, was fighting Floyd Patterson for the World Heavyweight Championship. At the crucial culmination of the fight's telecast, a Buick commercial was inserted, meaning no viewers got to see Patterson win the fight!

It was the last straw in a series of TV promotion and sponsorship blunders by Buick's long-standing advertising agency, Kudner's.
Buick's General Manager, Edward T. Ragsdale, under pressure to turn around Buick's dismal sales figures, thought that shopping the US$24Million Buick advertising account to other agencies in early 1958 would reverse the sales slide. It didn't.
From a 1955 high of over 737,000 sales and third place in the charts, sales began to drop, to the point where Buick had slumped to 263,000 and seventh by the close of the decade.

Arguably the biggest factor in buyer's decisions against Buick was the styling - or lack of it. While they were by no means unattractive cars, buyers found more pizzazz in offerings from other firms, both within and outside GM.
Despite what Ragsdale called "dream car styling" on the 1957 models, they didn't look all that different from the early 1950s equivalent, and buyers were getting bored with it. Along with the rest of GM, Buick was also caught out by the Chrysler 'Forward Look' cars of 1957.

Ragsdale, who had predicted sales of 700,000+ for 1957 alone - and fell well short of that mark, thought new names and an all-new look might bring new interest. Lukewarm reaction to the radically-restyled '59 models (customers liked them even less than the 1958 behemoths) spelt the end for Ragsdale, who retired in April, 1959, the patsy for Buick's slide down the sales charts.
However, it should be noted that throughout this dark period, Buick was still turning out some of the best engineered and built cars in the industry.

Innovative, too. Buick debuted the hardtop coupe in 1949, which the rest of the industry adopted in short order. The hardtop sedan, shared with Oldsmobile, followed in 1955, and a hardtop wagon joined the fold in 1957. The 'Riviera' label was applied to both hardtop coupes and sedans, and our feature car is a very good original example of the latter.

Originally out of Oregon, this example carries several factory options, like tinted glass, power seat/ windows/ steering, Sonomatic push-button radio, clock, heater, fender-mount mirrors and deluxe brocade interior. 1957 Buick Specials like this one were fitted with a 250hp 364ci V8 as standard (Super, Century & Roadmaster got the 300hp version), mated up to Buick's Dynaflow automatic. The combination in our feature car runs well, but could do with a visual tidy up. Brakes were another Buick strong point of the period. Although drums front and rear, their construction ensured they worked better than their equivalents.

On the outside, the Shell Beige over Dawn Grey paint is solid with only a few chips here and there. Chrome is generally very good, although there is some rust and pitting around the taillights and exhaust ports in the rear bumper. A feature unique to '56 & '57 model Buicks is the model year that was carried in a special circular badge on the grille and bootlid. While hardly prominent, customers disliked it as they claimed it made their cars 'obsolete' sooner than usual! The marketplace also disliked the three-piece rear window, claiming it was a "backward" styling step. I, for one, quite like it!

Inside, the interior is in good original condition, with very little work required to bring it up to concours spec. A capable and comfortable cruiser as-is, a mid-level resto could transform this '57 into a showcar contender. If the Special Riviera hardtop doesn't suit your taste or budget, Westcoast Classic Imports also have a Special sedan in their lot. A fair, original car that needs some work, the Special sedan was still available for $10,500 (negotiable) as this issue went to press.

WHAT, WHERE, WHEN & HOW MUCH
Model:Buick Special 'Riviera' hardtop sedan
Year: 1957
Dealer: Westcoast Classic Imports, Lot H Angle Vale Rd, Angle Vale, SA, 5117, Ph: (08) 8284 7282 Mob: 0438 809 972
Price: $21,500 negotiable
0-100 kph: Around 12 seconds
Best point: 100% original classic '57
Worst point: There are more desirable '57s out there
Recommendation: No-one to blame but yourself if you miss this one
Trivia: While Buick can lay claim to the industry's first hardtop coupe, honours for the first hardtop sedan go to Cadillac. As part of the GM Motorama show from 1953, the Cadillac 'Orleans' showcar featured fairly standard '53 Caddy styling, but with suicide rear doors and no full-length central pillar. 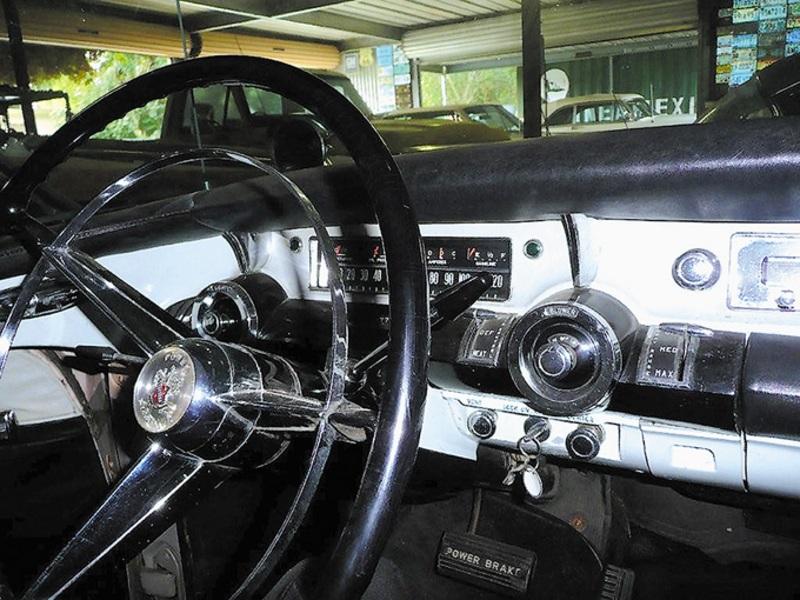 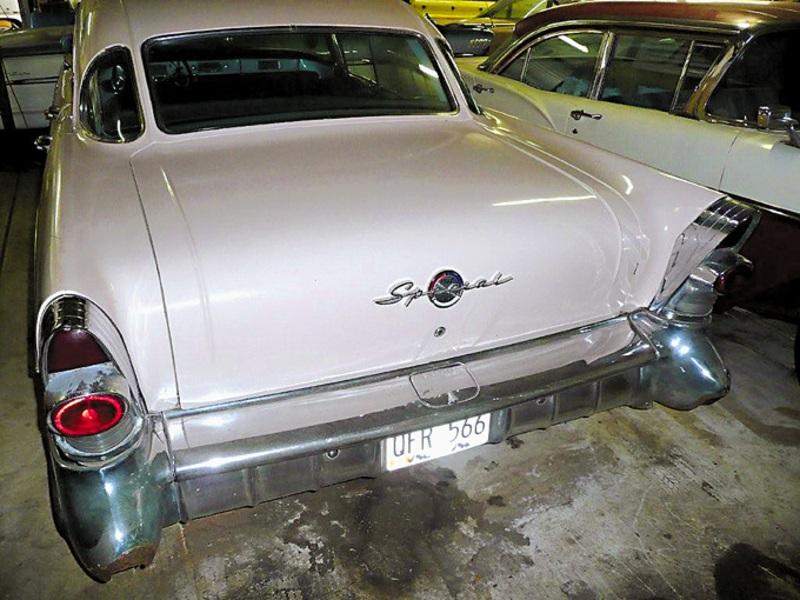 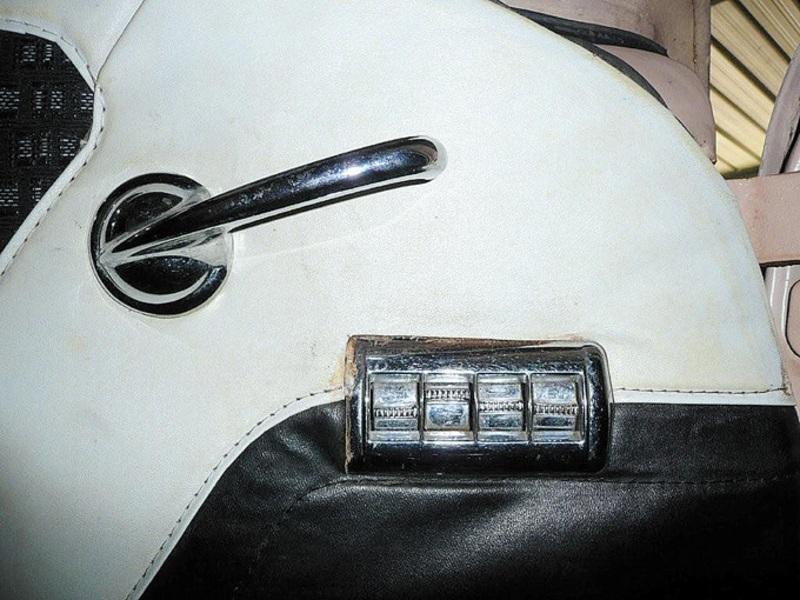