Why some cars transcend their era while others are consigned to history is hard to put a finger on, but there's no doubting the '57 Chevrolet - especially in Bel Air form - is one of those rare cars that has come to symbolise more than just four wheels and an engine. If you want to suggest "the 50s" in automotive form, a 57 Bel Air like our feature car is invariably close to the top of the list.

Unlike the 1959 Cadillac, which receives praise and scorn in equal measure, the '57 Chev is almost universally admired for its style - a style that is impressive without being excessive. Even compared to the preceding '55 and '56 models, the lines on the '57 Chevrolet are cleaner. The overall package is far sleeker and smoother than any of its contemporaries. This was thanks in no small part to a US$200 million retooling expenditure by Chevrolet.

It was fortunate that Chev had such a winner with their '57 models, as Chrysler corporation had also released their radically restyled "forward look" models in the same year. This caught the rest of the US auto industry on the hop, making present and planned designs look outdated. The result of this for Chevrolet was the one year lifespan of the 1958 models, when the basic body style had originally been designed to last three years. Despite being at the end of its three-year lifespan, the '57 Chevy was by no means a 'runout' model. 460 different model/ colour combinations were available for the Chev buyer in 1957, 96 more than in '56. The Bel Air convertible pictured was undoubtedly the "top of the tree" of those options. More expensive and desirable than the mid range '210' and economy '150' models, Bel Airs became the aspirational buyer's choice, earning the nickname of "Baby Cadillacs".

Today, Bel Air hardtops and convertibles are amongst the most popular and collectable cars of the era. This is due in no small part to that indefinable 'style' - a style that has transcended the 50 years since it was first released. Our feature Bel Air was comprehensively restored in the US a few years back, and comes to this country ready to cruise in the hands of a discerning buyer. A 350ci small block Chev V8 has replaced the 283 this car would have originally rolled off the production line with. Transmission is a Turbo 350 auto. With comfortable cruising in mind, rack and pinion power steering has been fitted, while safety is assisted with power-assisted front disc brakes. Suspension has been lowered with 2" drop spindles, so it sits lower than stock, but not so low you'll be scraping the front end on every driveway! That front bumper is actually a rare 'California' one-piece unit (the bottom part of the oval was a three-piece unit on the 210 and 150). The Coys 'C5' rims (18" front, 20" rear) look the part with the dropped suspension. However, Geezer's can supply original rims, should the potential purchaser want to keep this car looking 'stock'. The interior, which features a classic-style AM/FM cassette radio, is completely new, as is the power-assist softop that also features a new hydraulic pump and rams. All the glass and surrounds, the stainless exterior trim, mouldings and anodized gold badging are also new.

"Tri-5" era Chevys, covering the 1955, 1956 and 1957 model years, have experienced some troughs after a period of being THE classic American car to own. If recent US auction prices are anything to go by, it appears the '57 Chev is again on the rise in the dollar stakes. With that in mind, now may be a good time to snap up your piece of Tri-5 history in the form of this issue's feature car. It will be auctioned at the Geezer's Classic "No Reserve Auction" (our feature car does carry a conservative reserve) on July 28. See the colour advert in this issue for more details on what promises to be a BIG event. Drive away in this Chev and it's bound to even bigger.

Best point: Nothing extra to spend

Worst point: Someone with deeper pockets than you at the auction

Trivia: If a fully-optioned Bel Air wasn't exclusive enough, and the budget didn't quite stretch to a Cadillac, there was an option in the form of the "El Morocco", a combination of Chevy front end and Cadillac back end, that was produced in very limited numbers in 1956 & 1957. 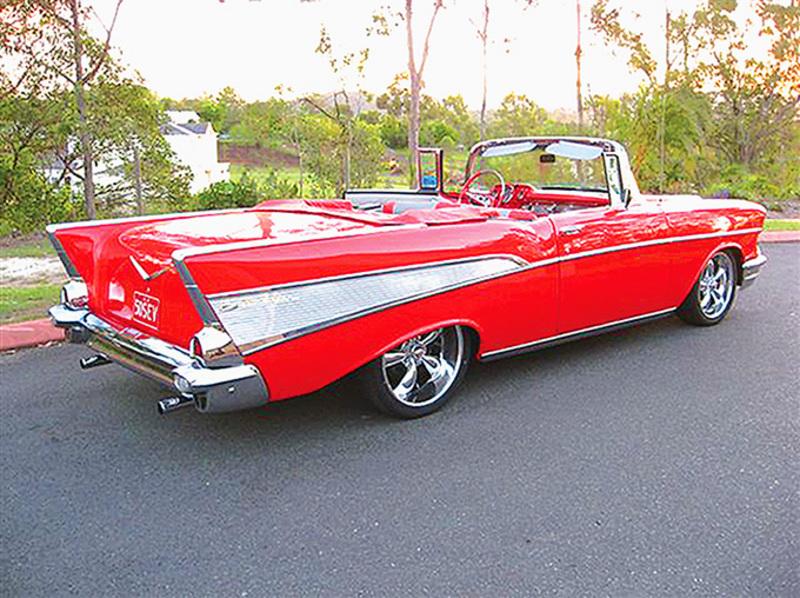 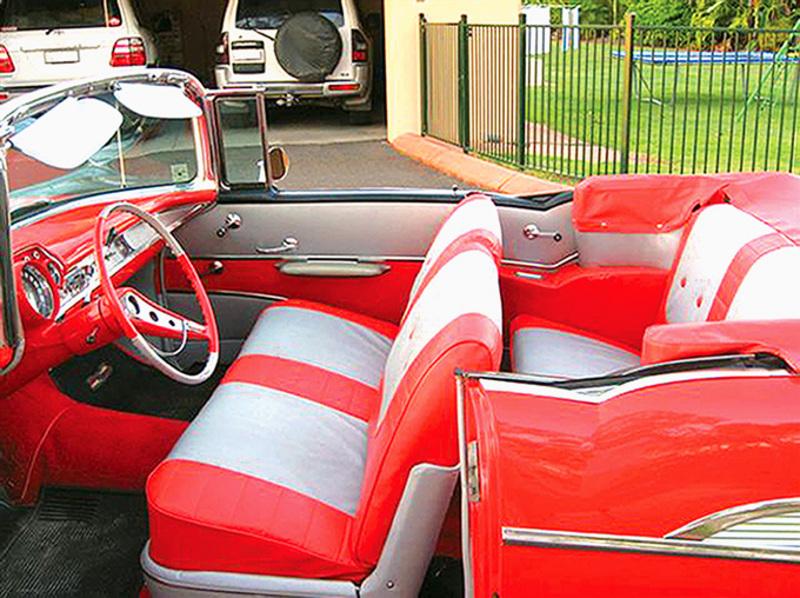