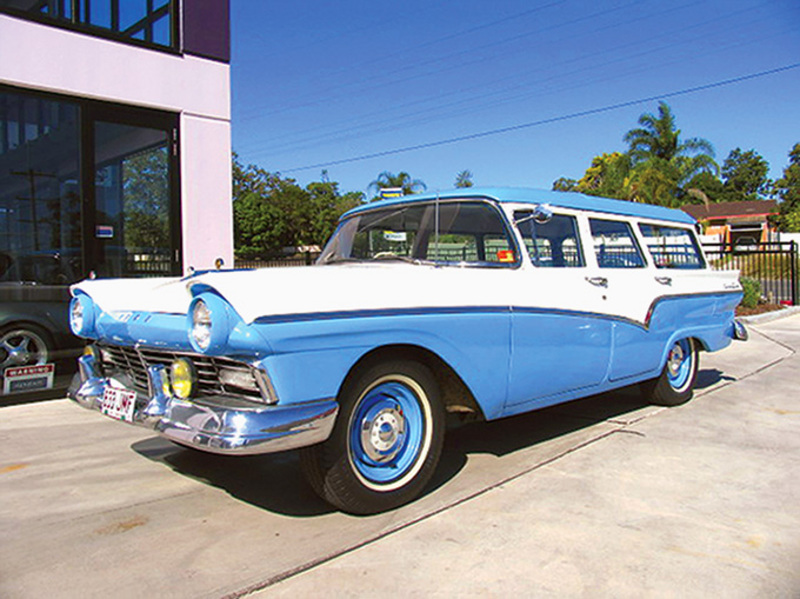 . . . . .well, sort of. This month's feature car does carry a 'naval' connection insofar as it was imported into Australia in 1957 by the Navy Department. Whether it was our own RAN, or the US Navy is unclear, as the known history on this immaculately restored vehicle doesn't clarify its origins. I suspect the latter as there would appear to be little reason for Aussie sailors to require this big, 9-passenger wagon for their shore fleet. Can any readers out there prove me wrong?

That's not the only conundrum presented by this issue's feature car . The most obvious comes in the form of the car's name. It's a Ford 'Country Sedan', yet it's clearly a wagon. So why the contradiction? Fortunately, that's a little easier to explain. While the station wagon was well established in most US manufacturer's model lineup by 1957, they were still seen as 'utility' vehicles. Chevy's Suburban and Dodge's Town Wagon were still built on truck chassis'. So, in order to reflect their car-based origins, Ford mid-range wagons were given appropriate car-based names.

At the time, station wagons were big business and Ford was one of the market's biggest players. For 1957 alone, Ford offered five distinct wagon models: Ranch Wagon; Del Rio Ranch Wagon; 6 passenger Country Sedan; 9 passenger Country Sedan; culminating in the top-of-the-range Country Squire wagon (with the faux wood panel trim). Most could also be optioned up with a range of accessories and trim items.

Ford was riding the crest of a wave at the time. The fast-selling Thunderbird and all new Skyliner convertible brought a lot of attention to the lineup that year, while the introduction of the now-infamous Edsel later in 1957 also brought its fair share of attention - but for all the wrong reasons! Ford also took pride from the fact it outproduced Chevrolet for the first time since the 1930s (based on model year figures), churning out more than 1.65 million vehicles for '57.

While never officially sold here, a number of '57 Ford sedans have since found their way Down Under, but '57 wagons are rare. What makes our feature vehicle even rarer is the fact that it's a factory RHD model - built by Ford of Canada - as well as being the less common 9 passenger variant, with the third row 'jump-style' seat that folds up out of the wagon bed.

Its tenure as a Government vehicle is reflected in a paltry 134,000 miles on the odometer. It is believed to have spent most of its time in Queensland since coming out of Navy service. Subject to a full restoration before coming into the Undercover Cars yard, the Country Sedan has been resprayed in a nautically-appropriate mid-blue and ivory 2 tone scheme, with matching blue wheels, that's believed to be similar to its original duco. The chrome is all there and all in excellent condition. The interior has been retrimmed in deehide-type vinyl in the same 2 tone ivory & blue to match the exterior.

Front disc brakes have been added, along with an aftermarket booster, but the original 272ci V8 and 3 speed column-shift manual transmission remain as original.

The extra pull of the V8 is welcome and the manual 'box shifts smoothly despite racking up a half-century of use. A towbar has also been fitted, so you're sorted if you want to haul a boat - or just about anything else.

Modern amenities have been taken care of with the addition of an aftermarket CD stereo, but if you want air con, you'll have to go 'old school' ie. wind the windows down!

Interestingly, when it came into private ownership, our feature car presented the Queensland Department of Transport with another conundrum. Its passenger car layout with 9 seater configuration meant the nearest thing the QLD DoT could register it as was a mini-bus!

With that in mind, this vehicle would be ideal if you're looking for something unique as "a new recruit" for your crew. Similarly, if you've got a big crew of your own, little could match our feature car as a family hauler with style.

The equivalent era Chevy Nomad and Pontiac Safari wagons represent the most obvious alternative to our feature car, but these are just as rare as the Country Sedan.

This one is definitely worth a look and a short pleasure cruise... sorry, drive.

WHAT, WHERE, WHEN & HOW MUCH
Model: Ford Country Sedan
Year: 1957
Dealer: Undercover Cars
296 Old Cleveland Rd East
Capalaba, QLD, 4157
Price: $23,500
0-100 kph: Around 14 seconds
Best point: Immaculate retro looks & space for all the crew
Worst point: Do you want to take all the crew with you?
Recommendation: All aboard!!

Trivia: While most US carmakers had offered station wagon models since motoring's early days, Ford was the first to build their own wagons - not farm them out to outside coachbuilding firms - in 1937. 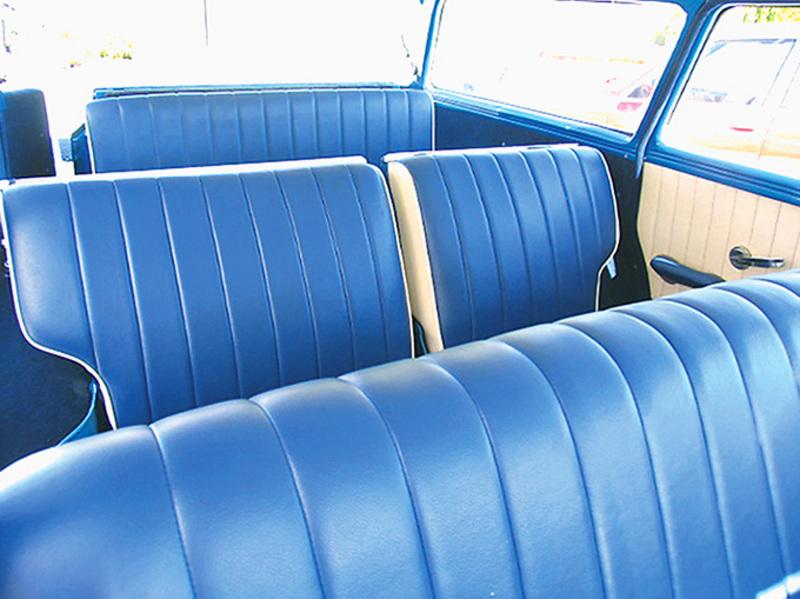 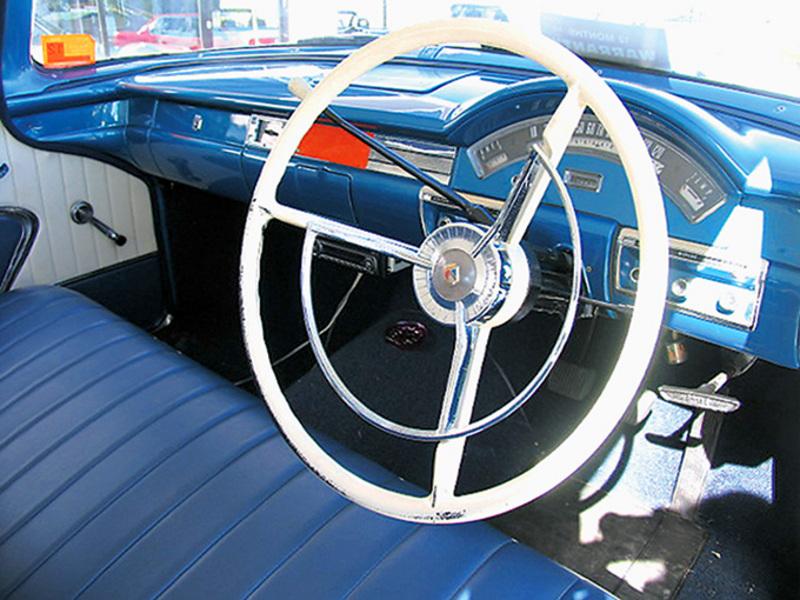 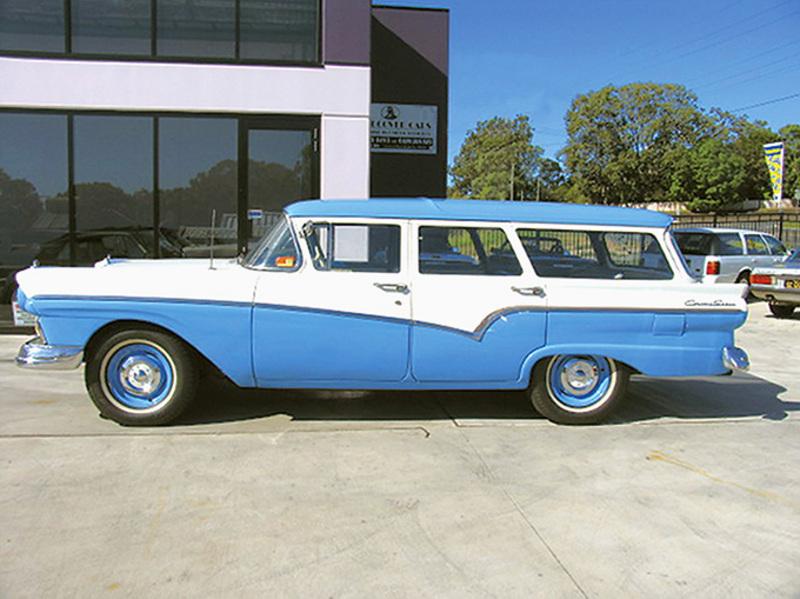