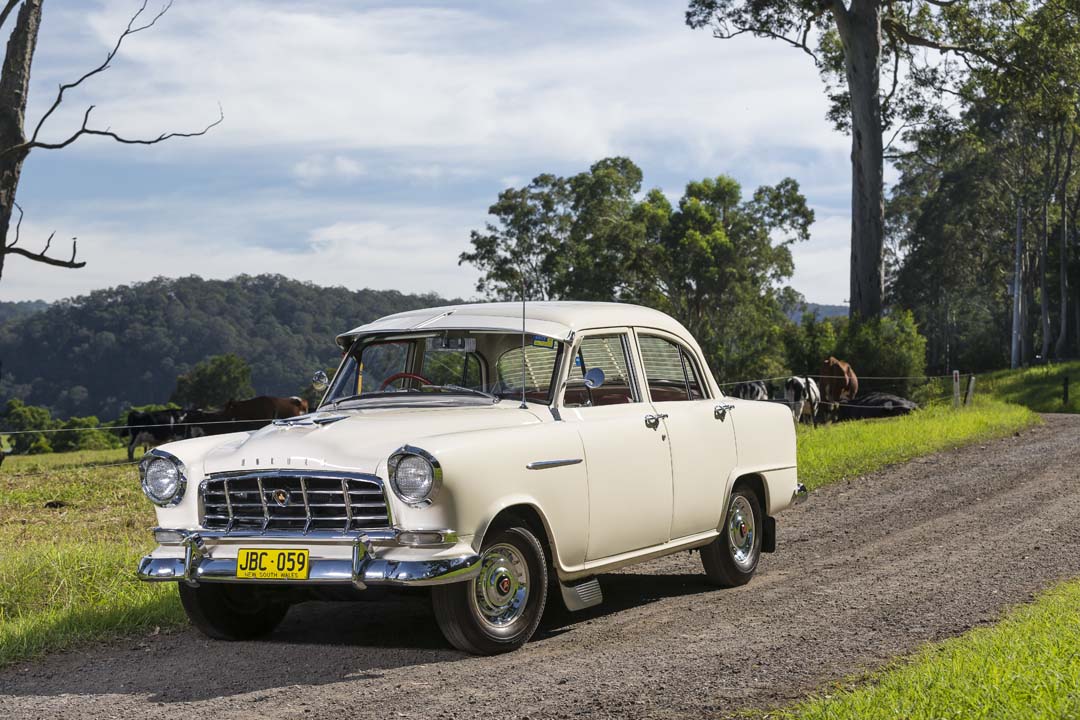 Restoration projects can be broken down into two parts – ‘passion’ and ‘promise’. The ‘passion’ comes from a devotion to the particular make or model, while the ‘promise’ is all about having the determination to see the project through.

That makes it all sound very simple, but as anyone who has undertaken an extensive restoration will tell you, they are rarely simple in practice. As such, the determination to finish the project - to the standards set at the beginning - can wane amongst even the hardiest souls.

What can make the resto process easier (but never easy!) is having a good base to start from. In the case of John Crittenden and the FC Standard sedan presented here, that base was as good as anyone could hope for.

A Passion for Holden

John, like his father before him, has been a Holden man all his life, but while his dairy farmer dad preferred workmanlike Holden utes and sedans, John’s always had a preference for cars from the more luxurious end of Holden’s lineup.

His first car was a HT Premier with the all-Aussie 253 V8, followed by an EJ Premier, then a string of Statesmans, including an HX Caprice, VS Series III and a WL which he still owns to this day.

Given that history, you’d think John would look for a Statesman or early Premier for his first restoration project, but instead he went for something a lot more humble.

“It had to be an FC,” John explained. “That’s my first memory of a car. As a three year old I remember standing on the seat and swinging off the big steering wheel of my dad’s FC sedan.”
John’s passion wasn’t shared by his dad, though: “He hated the FCs, thought they were horrible cars!” John laughed. “He said the bloody things would fall to bits after only a few years on corrugated dirt roads.”

As much as he hated the FC, John’s dad was nonetheless loyal to Holden, with the FC replaced with an EJ when that model was new, then an HR.

Fast forward a few decades to the early 1990s and John’s search for his ideal FC was underway, but finding a good one proved difficult.

“I looked at so many FCs,” John groaned. “The seller would say ‘It’s in mint condition’, but their idea of mint and my idea were two completely different things!”

One example, an FC Special located in Wangaratta, looked promising, but proved to be far less so when seen in the metal, and would require far more work than his budget allowed.

“Every single one we looked at was buggered. You’d ask yourself ‘How can you possibly restore that?’ You’d have to completely rebuild it.”

In 1999, after five years of dead ends and disappointment, a car finally turned up with promise; a low mileage FC Standard sedan, located in Gawler, South Australia.

Driven into the ground by travelling salesmen and taxi operators, most Standards lived a hard life compared to Specials, so good survivors are few and far between. John was skeptical about the car’s condition, but good correspondence with the seller, including a sheaf of photos, convinced him to fly to Gawler to check it out.

The one-owner FC proved to be a classic ‘little old lady’ car, with 86,000 genuine miles and an overall condition that blew John away.

“As soon as she pulled the cover off it, I went ‘Bloody Hell!’ I couldn’t believe the condition of it.”

The owner explained that arthritis had made it near impossible to change gears on the column-shift manual and that was the only reason she was selling it.

“She made it clear that the car would have to stay original,” John recalls. “The new owner could not put ‘bucket seats or a V6’ in it.”

Fortunately, her wishes were in sync with John’s, and when he asked if she’d mind it being restored to its former glory, she said she’d love that.

While used sparingly by that first owner, the FC had taken part in a number of Bay to Birdwood Runs and had also done one big trip to Sydney early in its life. Hit by a rainstorm coming into the Blue Mountains on that journey, the poor performance of the vacuum-operated wipers convinced the owner to update to electric wipers, which along with radial tyres, were the only “modern” additions she made to the car.

“I was told it had hardly ever been rained on and never travelled on gravel roads.” This was verified by an inspection underneath that showed what appeared to be perfect metal in the sills, floorpans and fuel tank.

The FC owned by John’s dad was a Standard like the one on offer, with the same basic specification and even the same colour, so there was a sentimental attraction. The price, a bargain even back in 1999, was the clincher: “I didn’t do any haggling. It was in bloody good order - extremely save-able – and that’s what I was looking for.”

Fresh Paint and a Touch of Class

Getting the FC back to NSW, John thought he’d been dudded as it arrived without hubcaps, but the seller had the foresight to send them separately, so they wouldn’t get pinched in transit.

A closer look at what would be required for a resto revealed no obvious big-dollar items. The engine was the original and appeared in good condition, right down to the unaltered head, which meant a fuel additive, like Nulon Lead Substitute, would be required with each tankful of unleaded fuel. The gearbox was similarly good, while the clutch was heavy, but tolerable.

To meet roadworthy requirements, the brakes were overhauled, after which, annual servicing was rigidly adhered to (the only replacement engine part came years later, when John’s son stripped the timing gear driving the FC to a show).

As bought, the car’s panels appeared good, too, and while paint can hide a number of sins, the condition of the rest of the body gave John no cause for concern. Nonetheless, in 2005 he committed to a full bare metal respray.

The new paint, a Glasurit enamel, was matched to the factory Adobe Beige using a sample taken from inside the glovebox - the only area that hadn’t seen the sun.

“I sent it to the panel beater with the brief of taking as long as he needed to finish the job properly.”

In this case, “properly” took six months, starting with the sunvisor as a test piece, to ensure the chosen paint was to John’s satisfaction.

Prior to painting, all the usual rust traps were found to be perfect – the only new metal required was on small sections above the headlights.

The repaint extended to the door interiors, but the dash, engine bay and boot were left as is. Afterwards, the underbody was rustproofed.

“While the car was being repainted, I had all the chrome work, including the bumpers and hubcaps, sent away to be replated and the grille and other stainless trim pieces polished – back to brand new condition.”

When everything came back, reassembly included a full rubber kit, as well as now-rare items like NOS indicator lenses and a repro boot badge with the acrylic insert.

As good as the fresh paint and sparkly new chrome was, it’s fair to say the FC still looked a little “flat”.

Even by 1959 standards, the Standard was pretty basic. The Special, with its extra chrome and two-tone paint option, made the Standard look even plainer, which partly explains why the aftermarket industry serving Holdens boomed during this period.

However, when John started his search for an FC all those years ago, he also started to collect NASCO accessories, so he was well-armed with aftermarket goodies. These included the aforementioned sunvisor, as well as a wind deflector, rear venetian blind, mudflaps, door handle scuff plates, a genuine valve radio, grille badge and FC-correct wheel trim rings.

The radials were replaced with a set of period-correct 6.40-13 crossplys sourced through Antique Tyres. John concedes crossplys aren’t the greatest thing on the road, but they are authentic, which was the driving force with this project.

Similarly, the rubber floor and boot mats were replaced with authentic replicas, but the vinyl seat upholstery and those distinctive ‘basket weave’ door trims are the originals. Even the cigarette lighter is the original - John reckons it’s never lit a dart in its life.

In 2015, ten years after the repaint and refurb, John finally decided to get that heavy clutch seen to - and got the surprise of his life when told the clutch and pressure plate were the 1959 originals: “My mechanic couldn’t believe it!” John laughed.

“Ever since I bought it, I had trouble putting it into gear. Then when the replacement was put in, I drove it and thought ‘Oh my god, that’s how a clutch should be!’”

That FC restoration was John’s first, but it was followed soon after its completion by an HR Premier. Bought in 2006 while John was living in Armidale, the Savannah Bronze HR was treated to a full restoration.

Soon after, an EJ Special joined the fleet; a remarkable example (with only 32,000 miles) that needed nothing to drive regularly and little to bring up to show standard.

The most recent addition, in 2004, has been an FJ Special, which was in original condition as bought, right down to the leather seats and carpets.

The FC has been the star, though, and has been used for three weddings and two formals, including some with John’s boys. It’s also made several appearances at Motorfest and other car shows.

In 2011, a move back to Nowra robbed John of storage space for his collection, so the HR and EJ were consigned for a Shannons auction that same year and sold for a combined $31,000.

While now feels like the right time to let the FC go, don’t think that John’s passion for Holden is dead. When interviewed by JUST CARS, he discussed future resto plans for the FJ, and spoke at length about his current loves – an HK Premier like the one his granddad had, HQ Statesman DeVilles, as well as EJ Specials, WB Statesmans, FBs and even the maligned HK-T-G Brougham.

So, when John’s FC goes, don’t be surprised if a tidy HQ or WB Statesman takes its place.

John’s passion may have altered, but it certainly hasn’t ended. That enduring passion is a feeling shared by many other enthusiasts – and that can only be a good thing when it comes to the ongoing survival of classic Holdens. 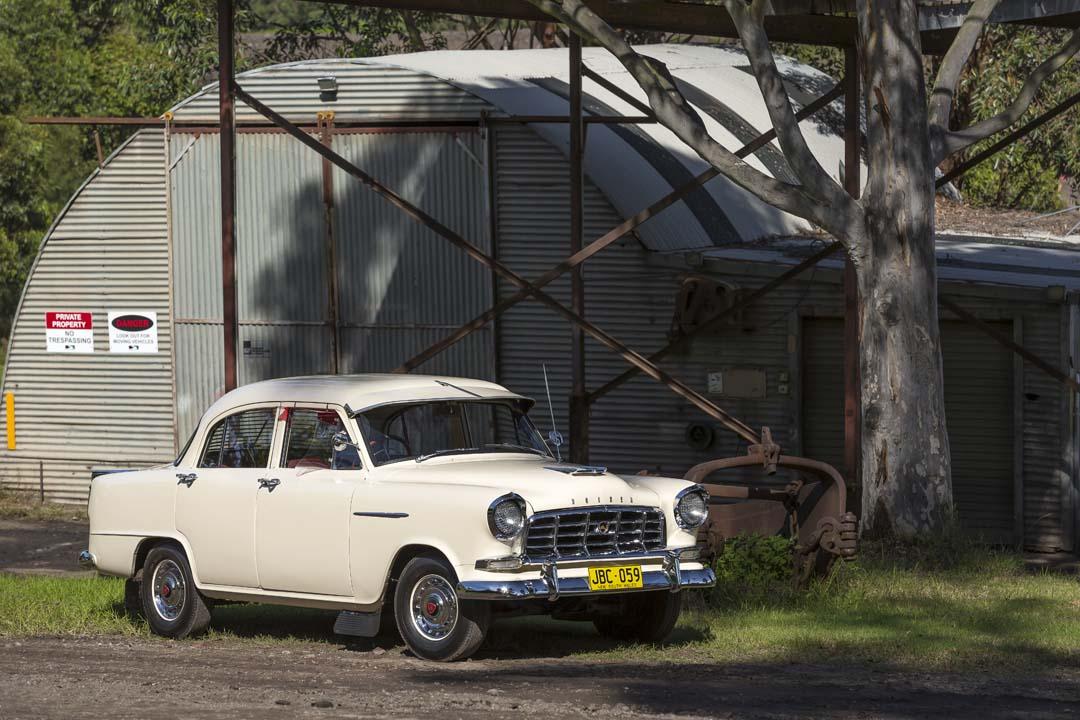 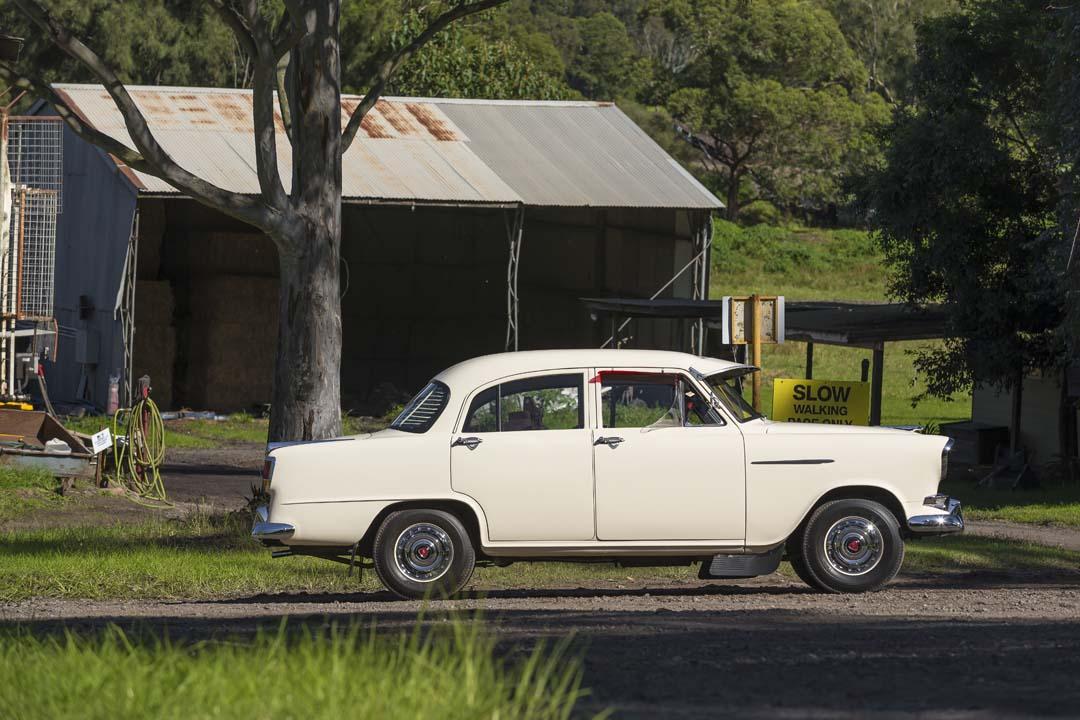 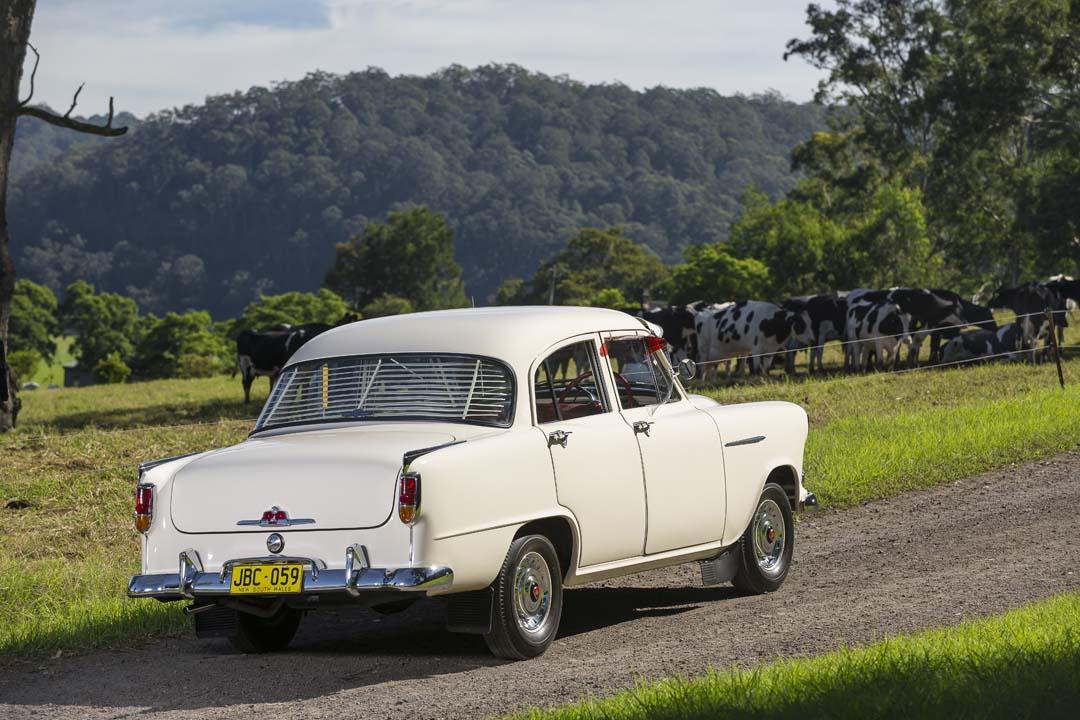 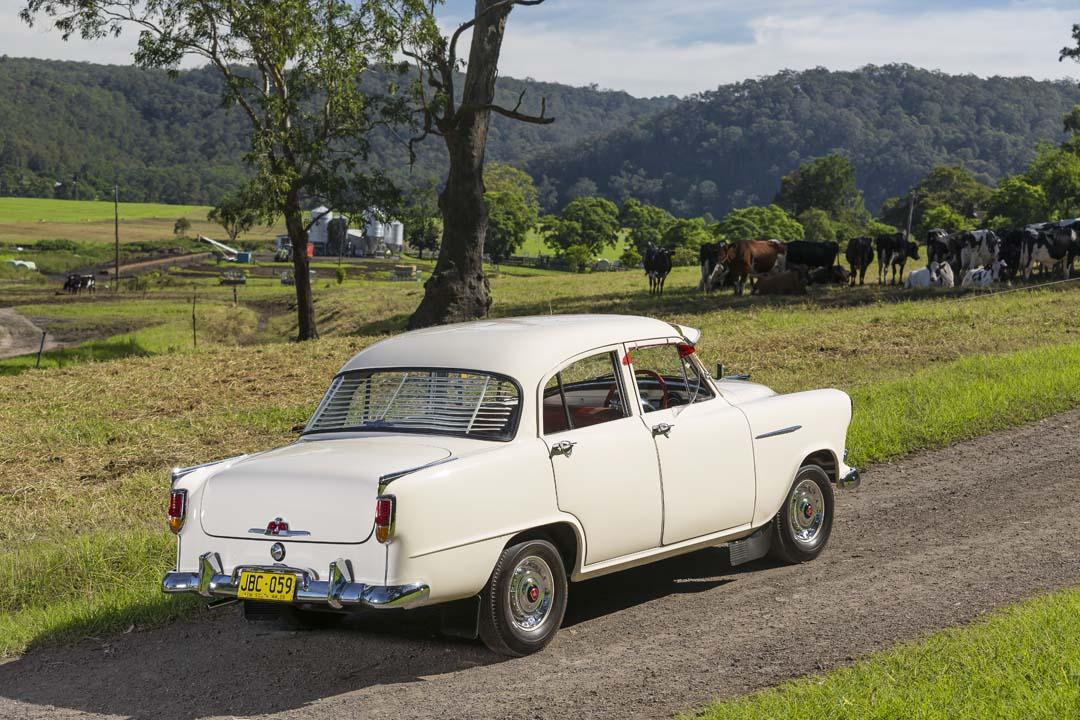 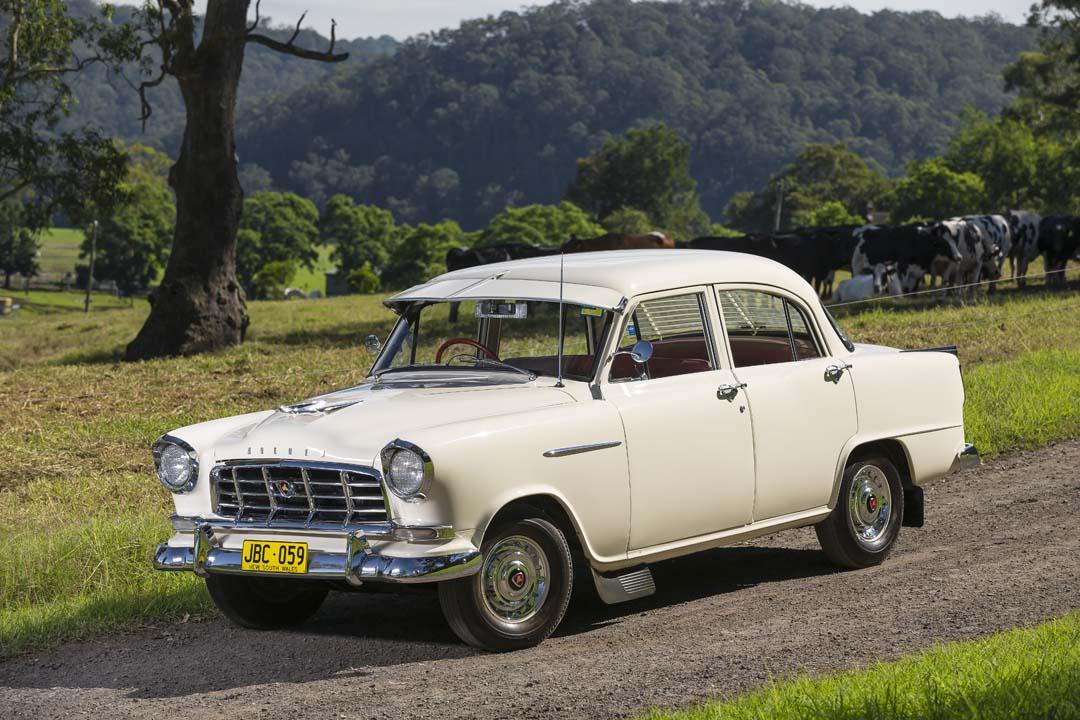 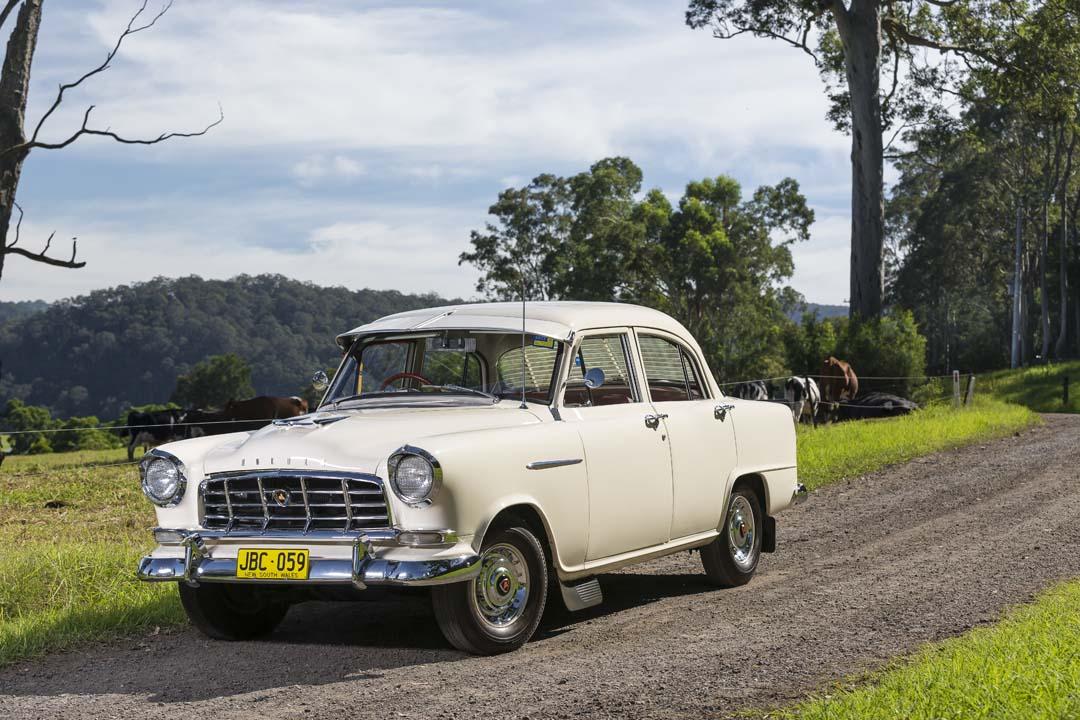 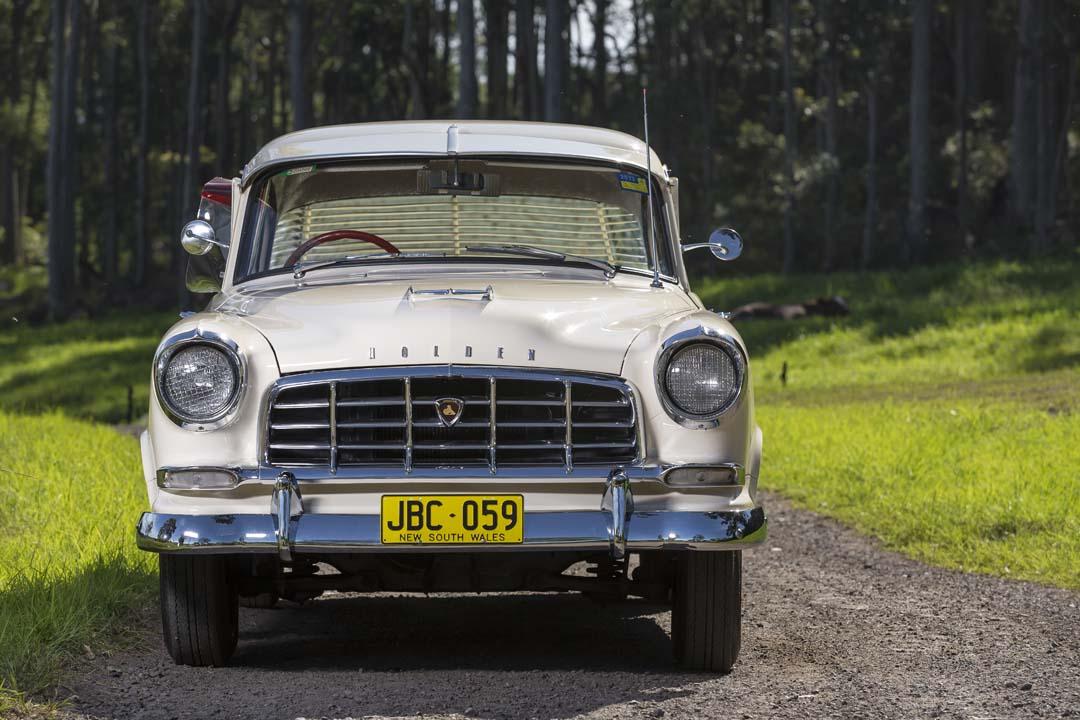 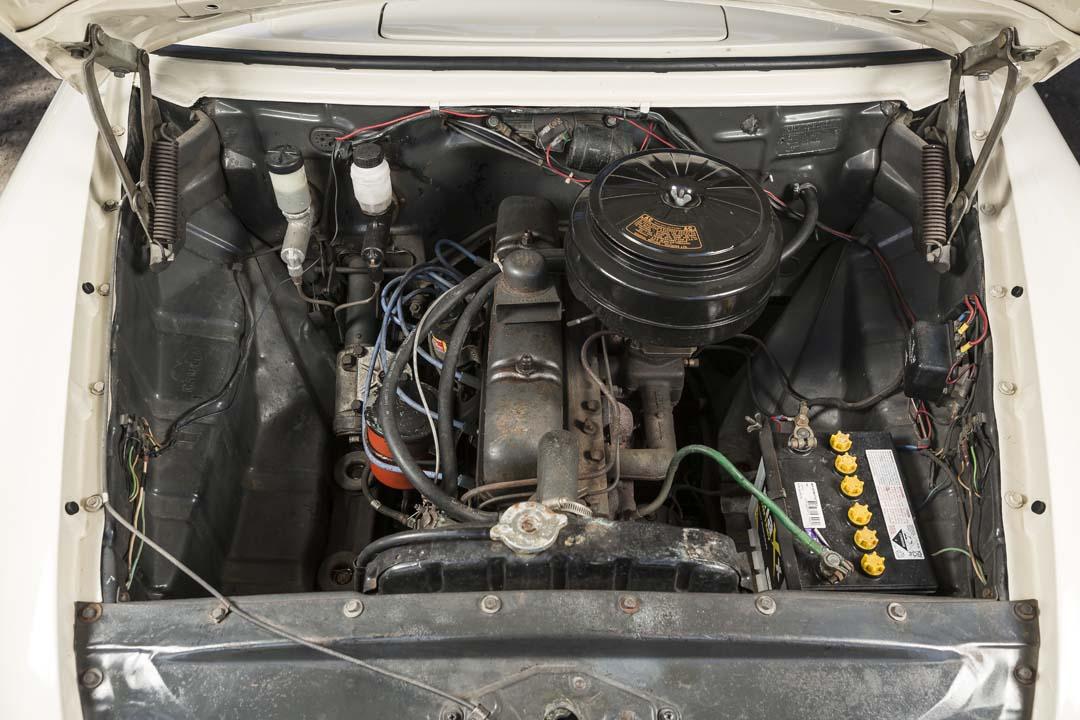 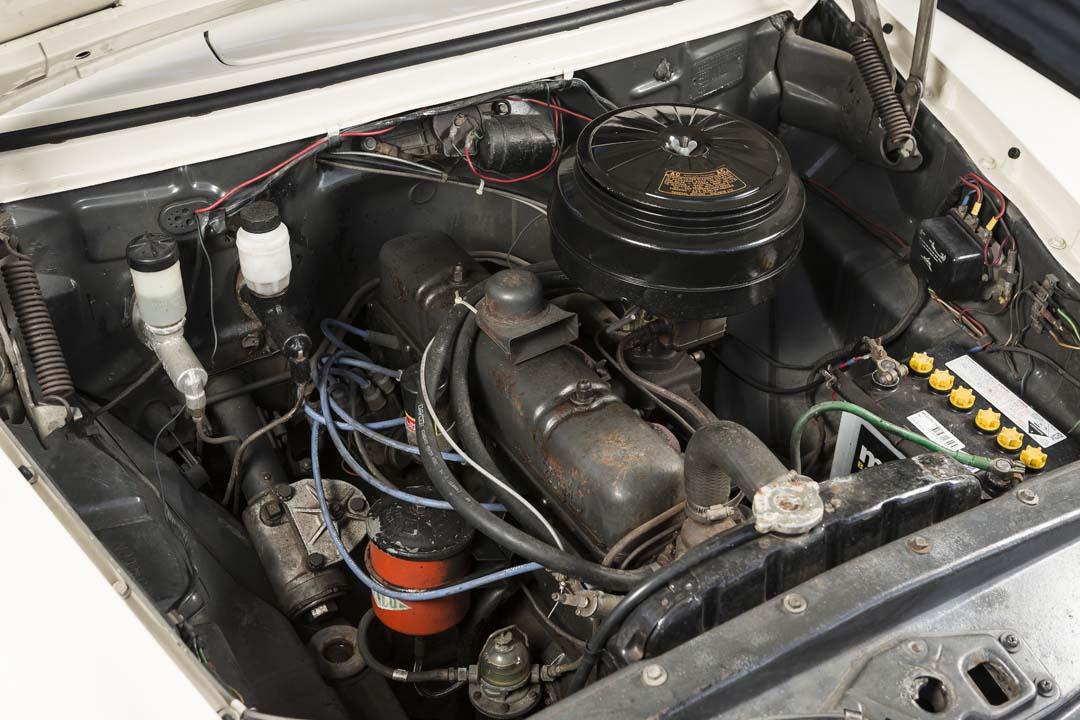 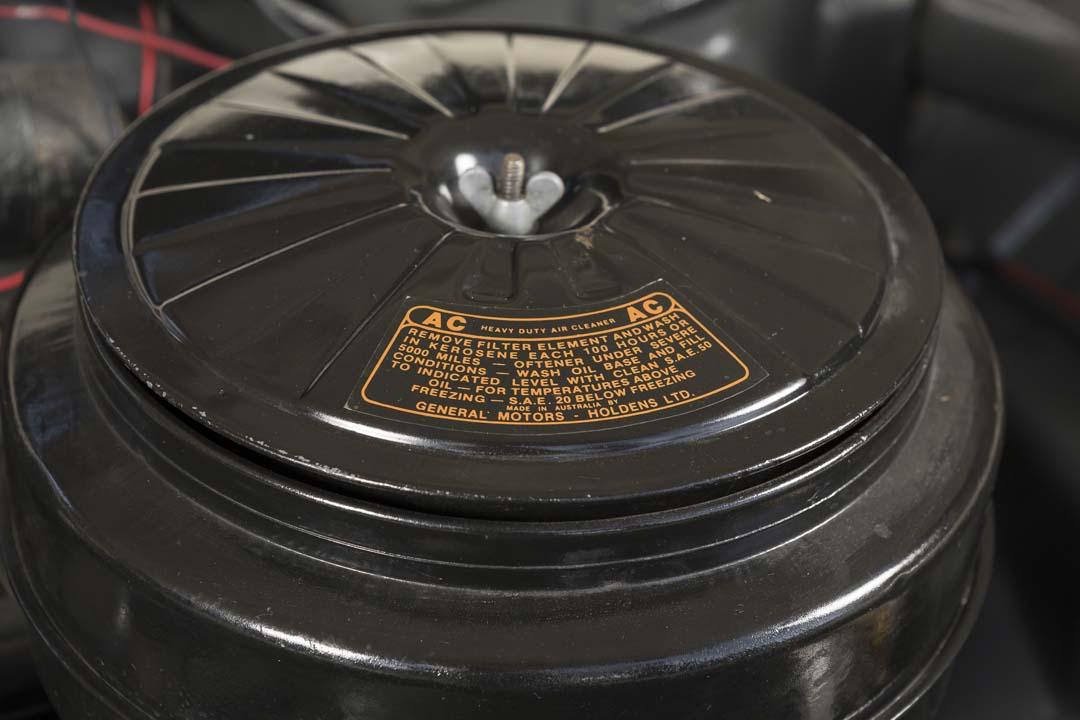 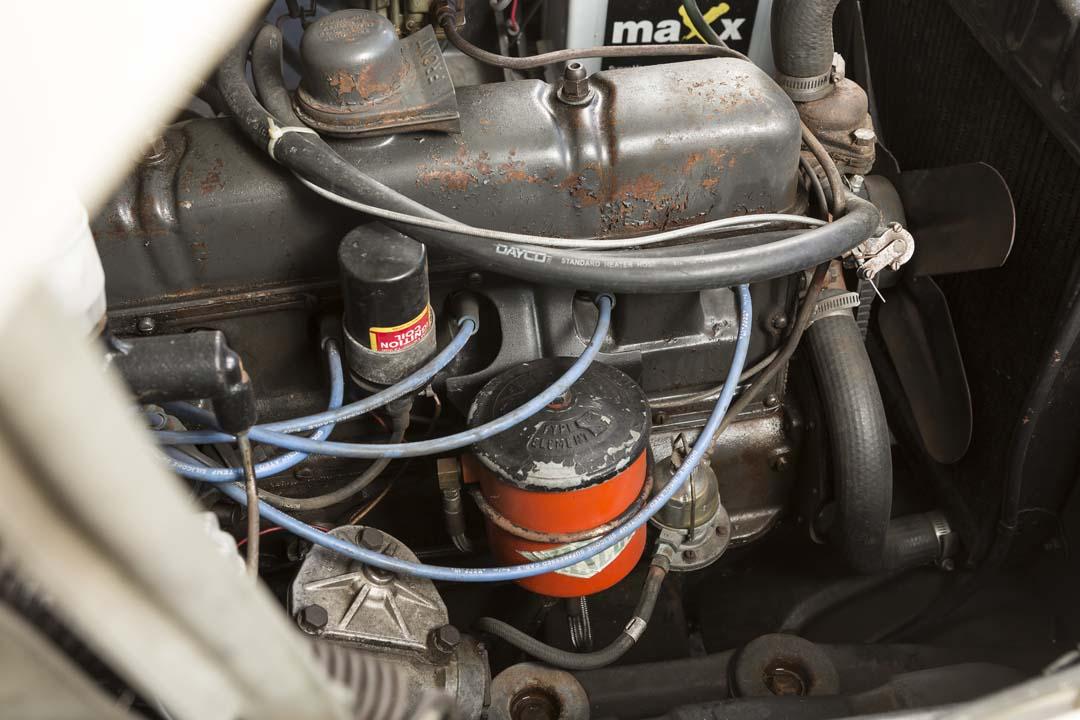 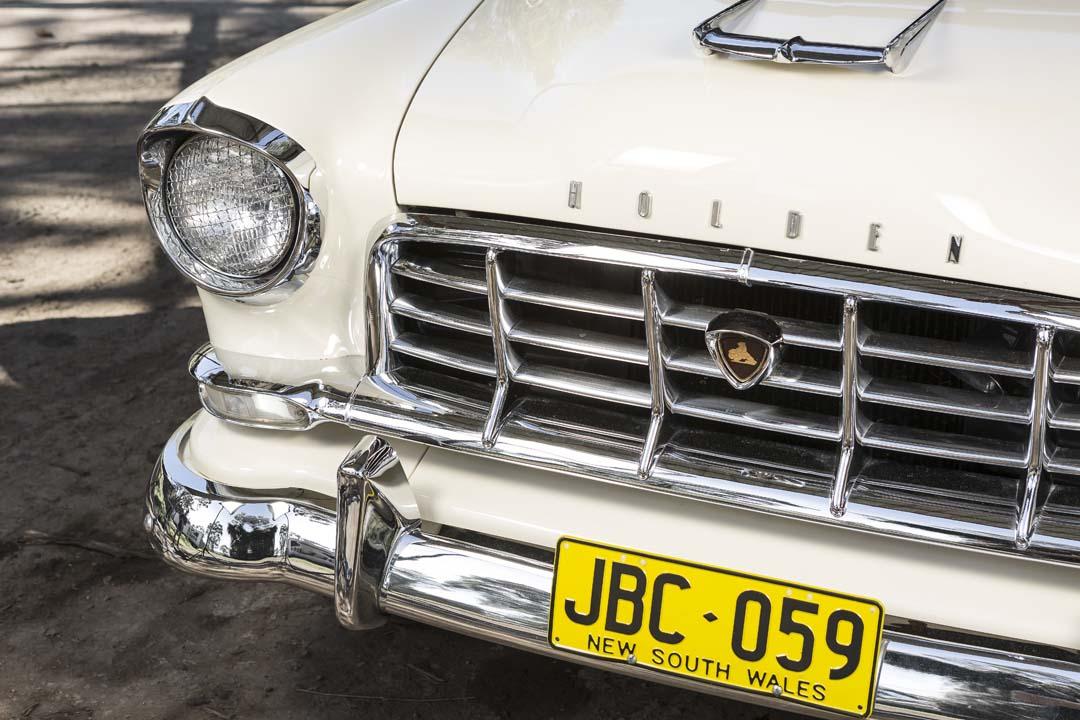 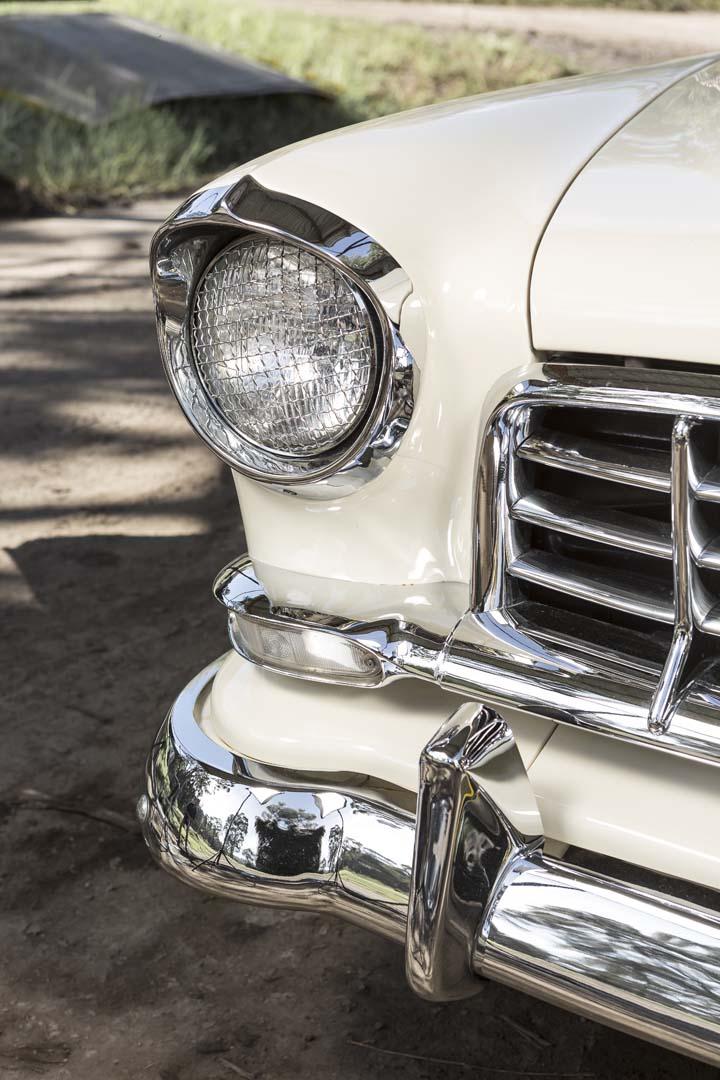 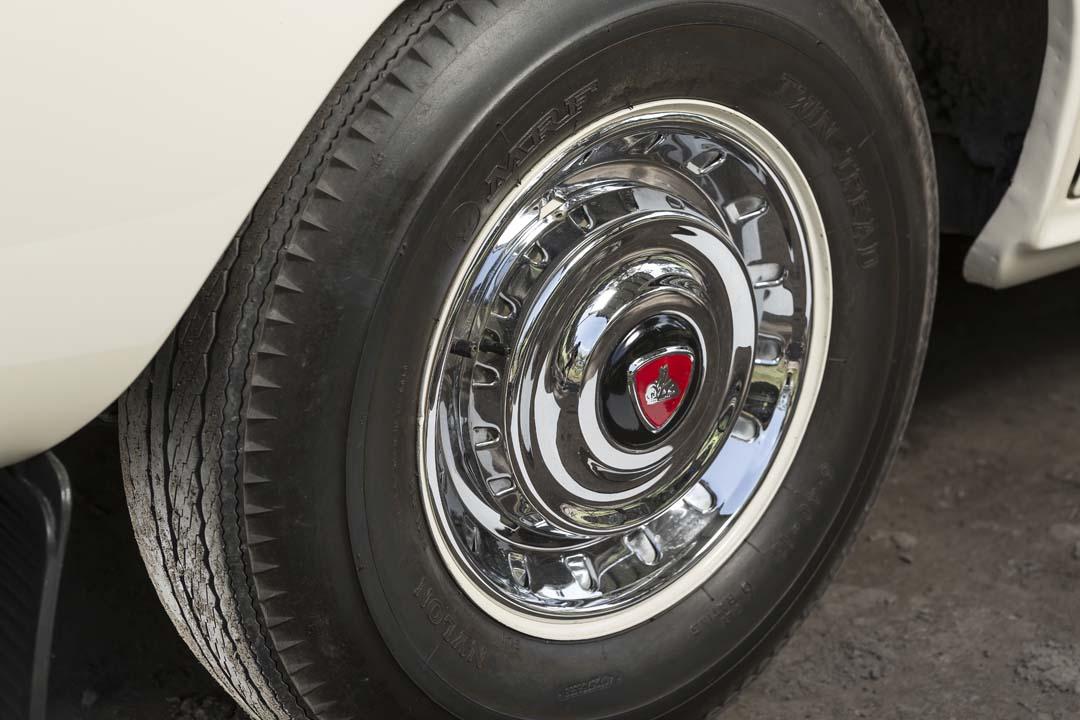 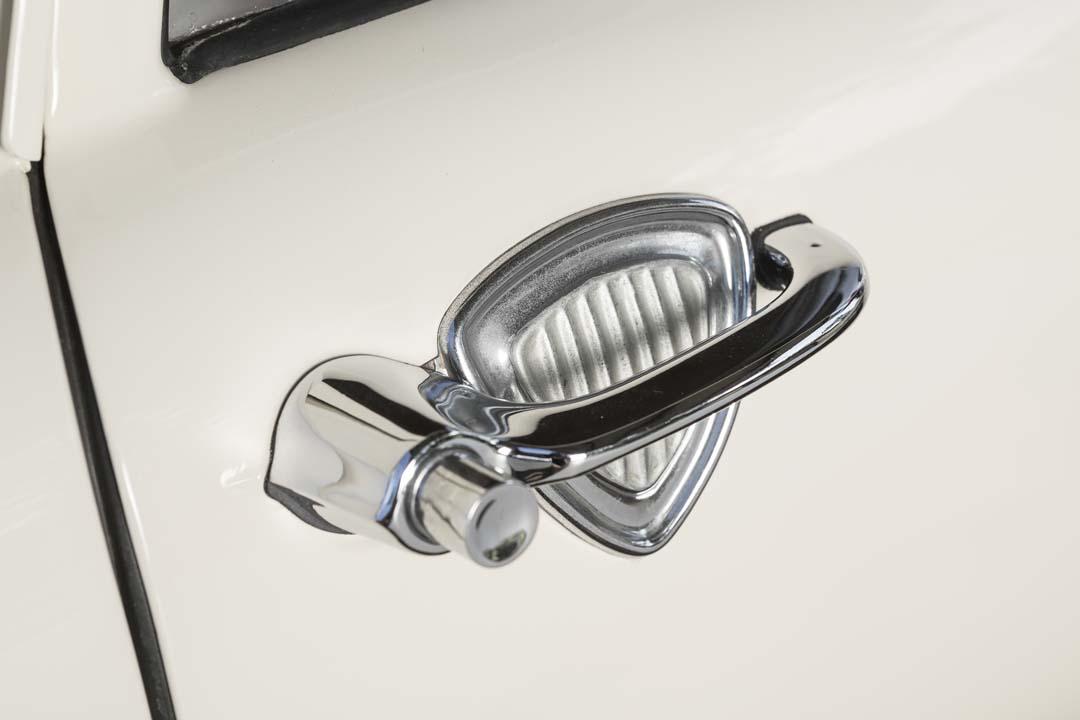 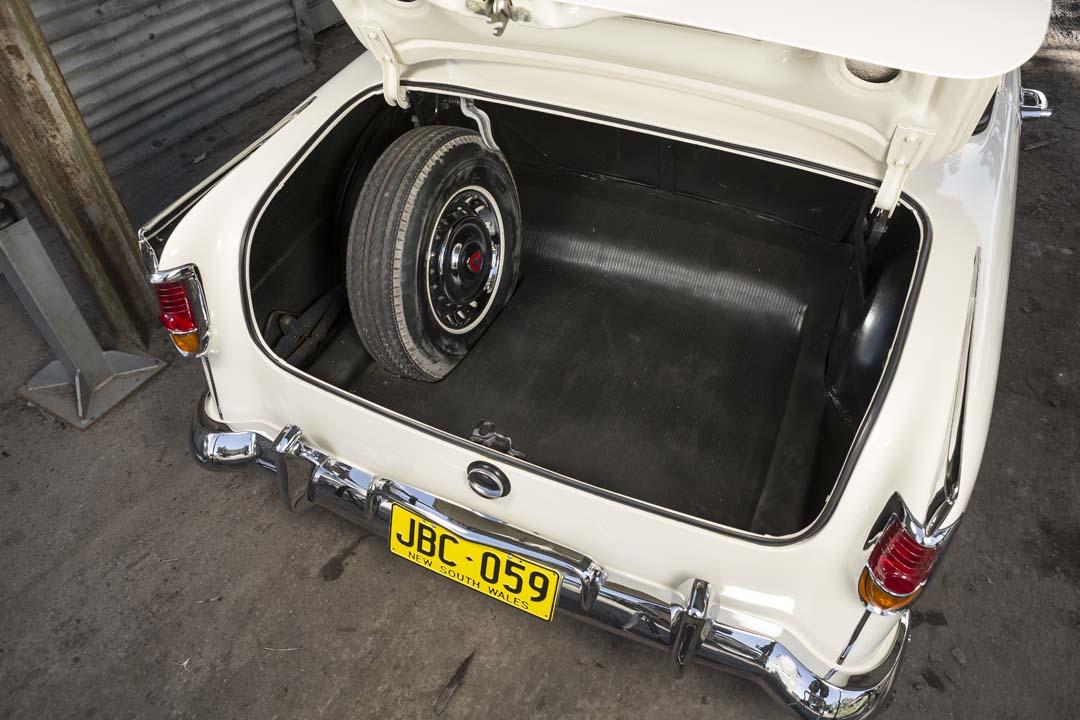 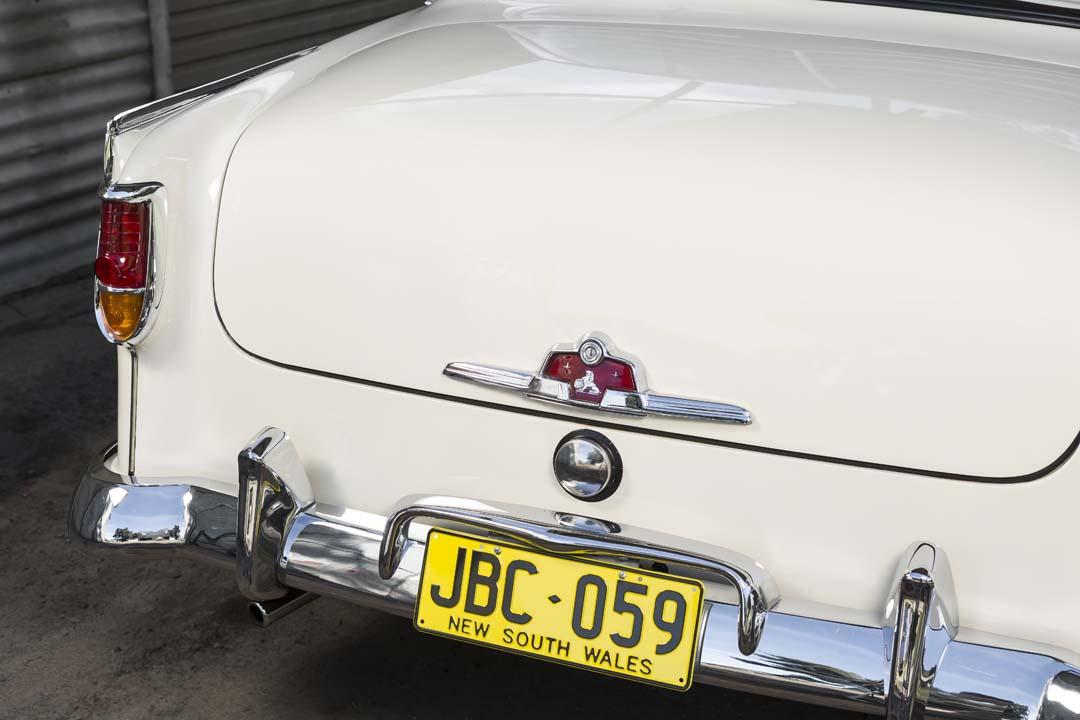 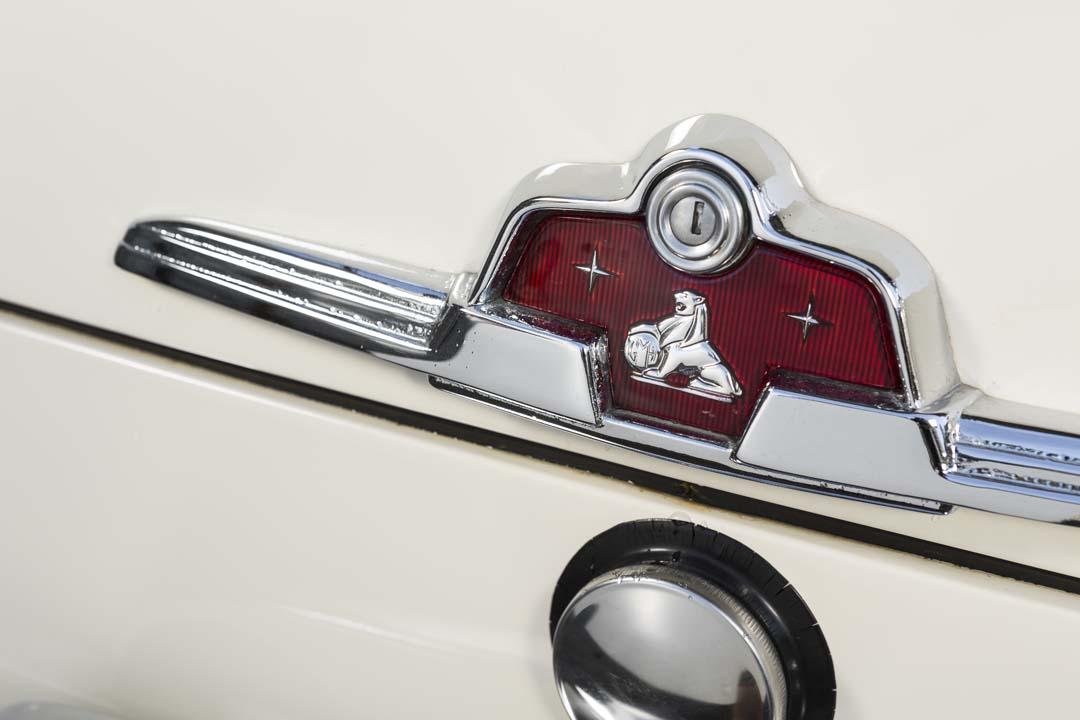 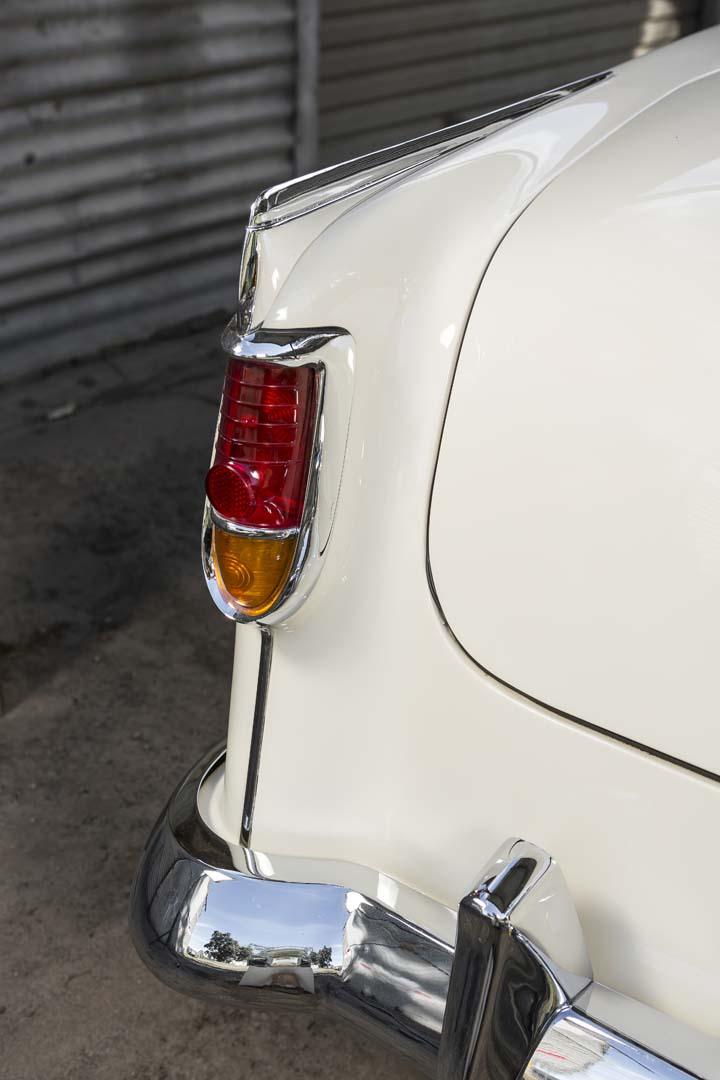 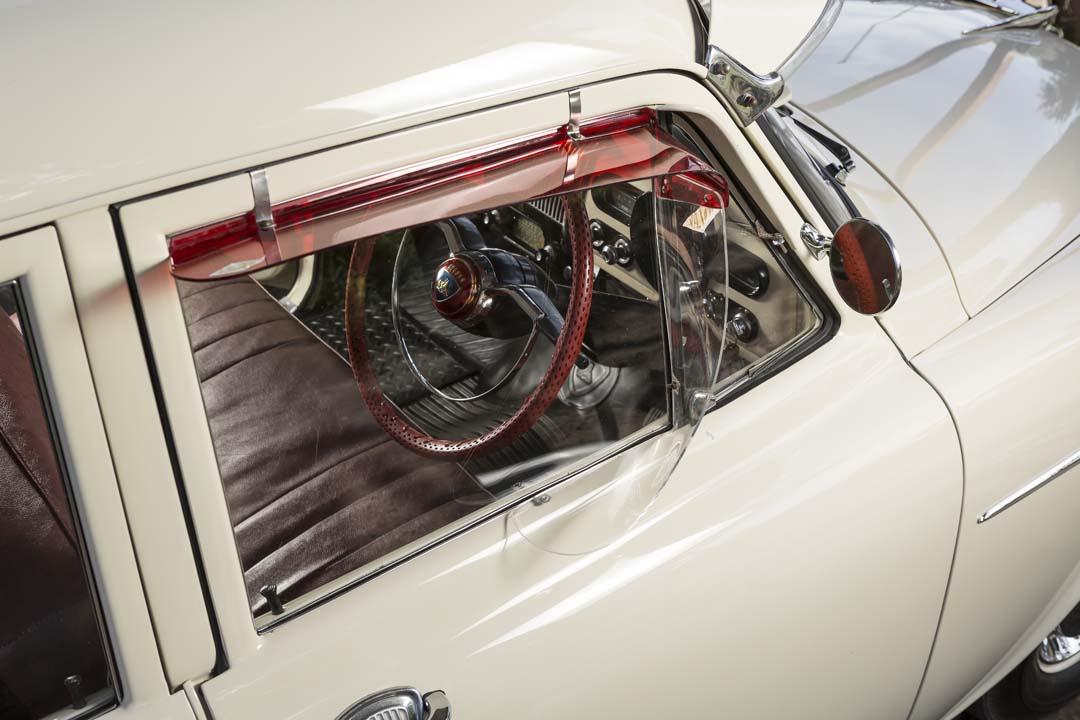 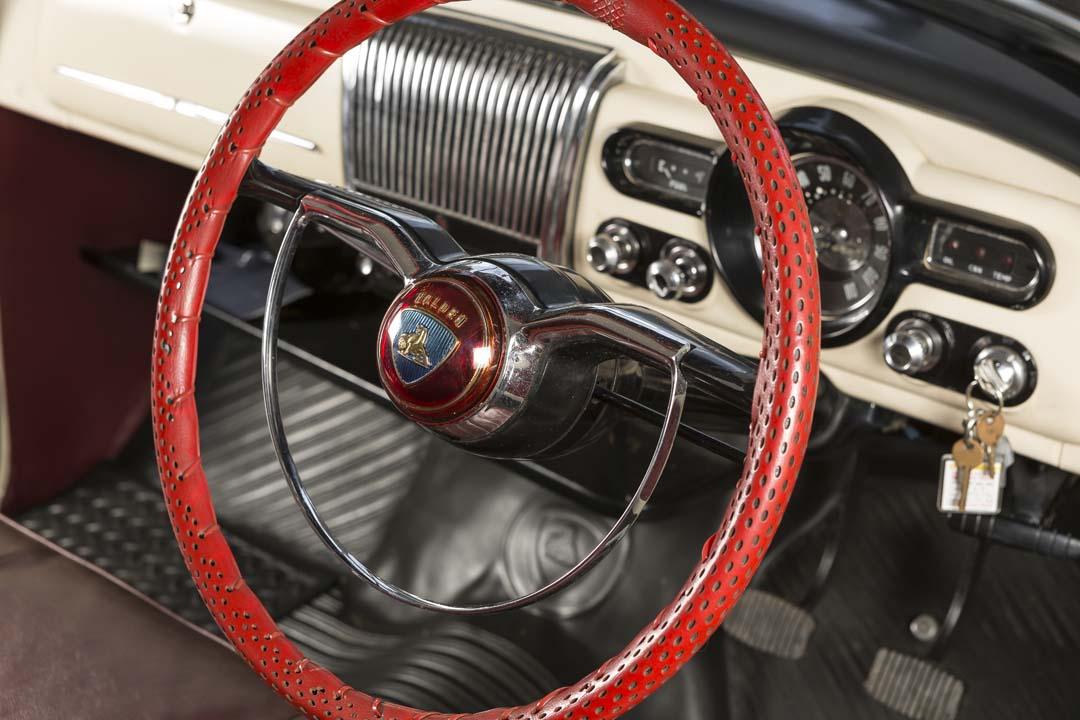 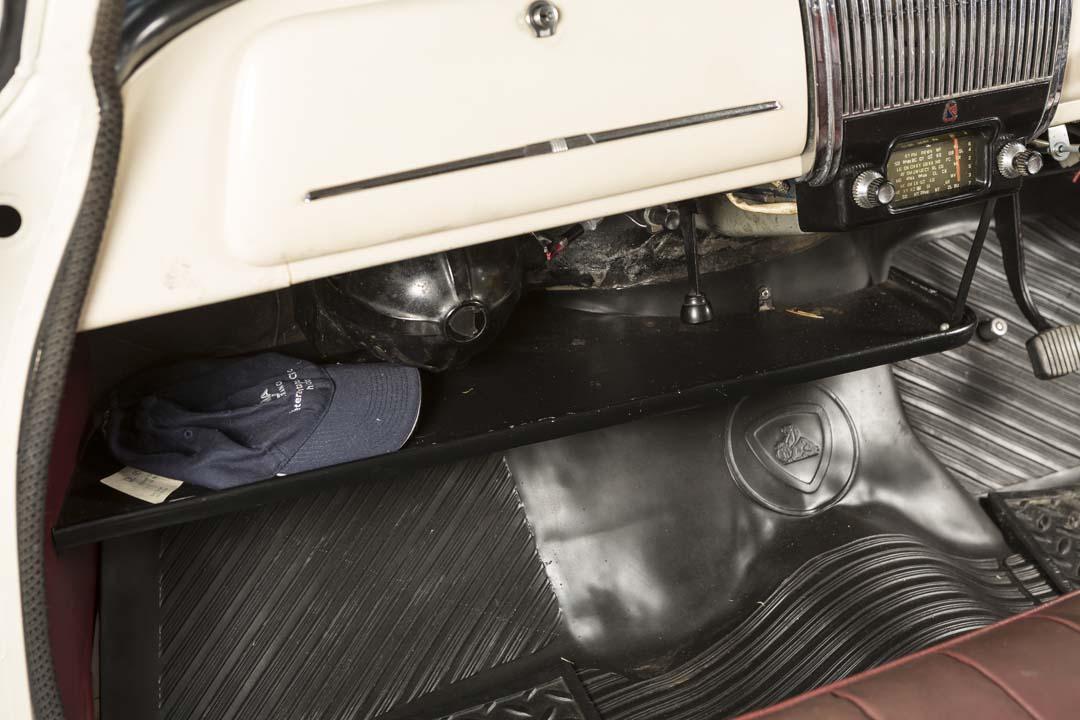 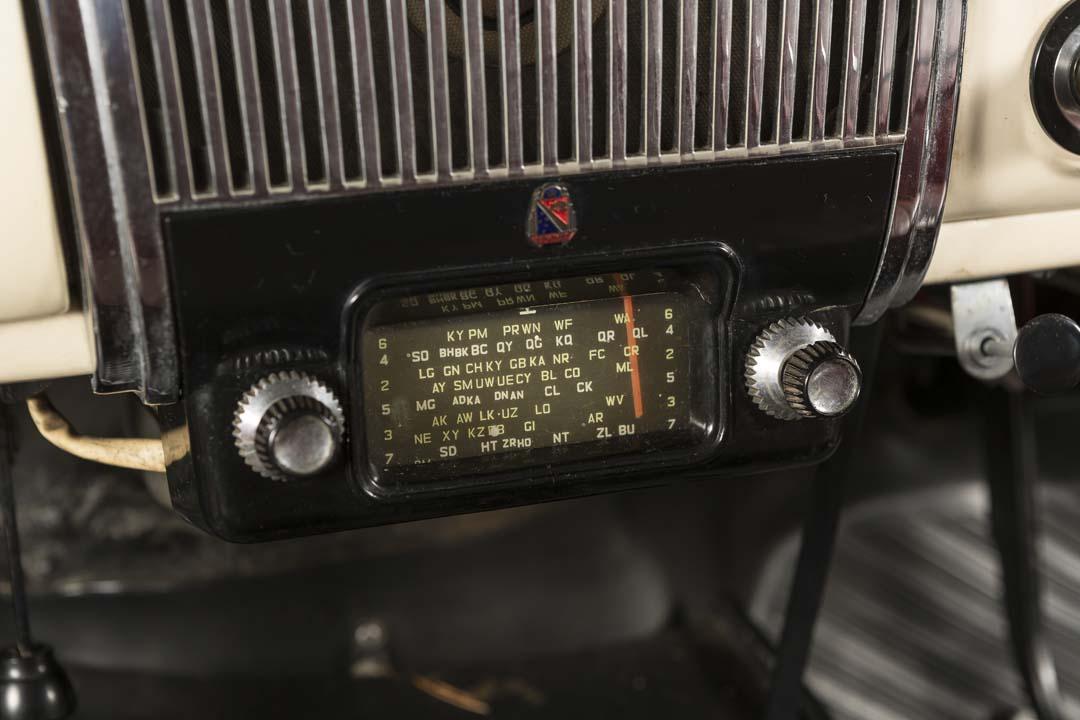 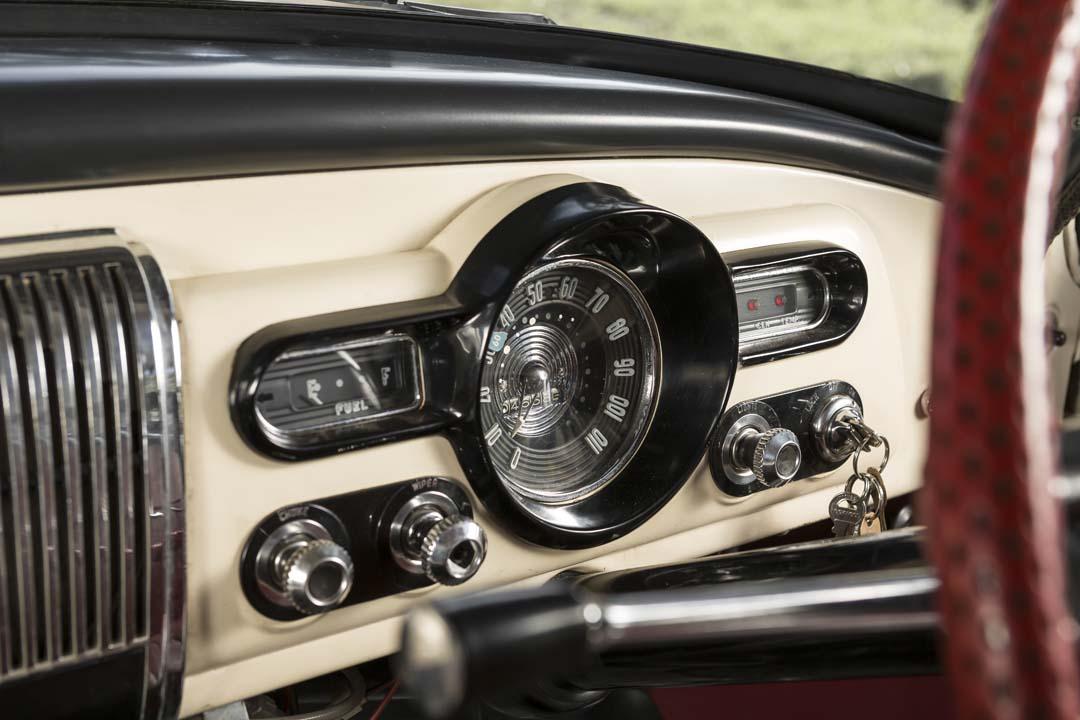 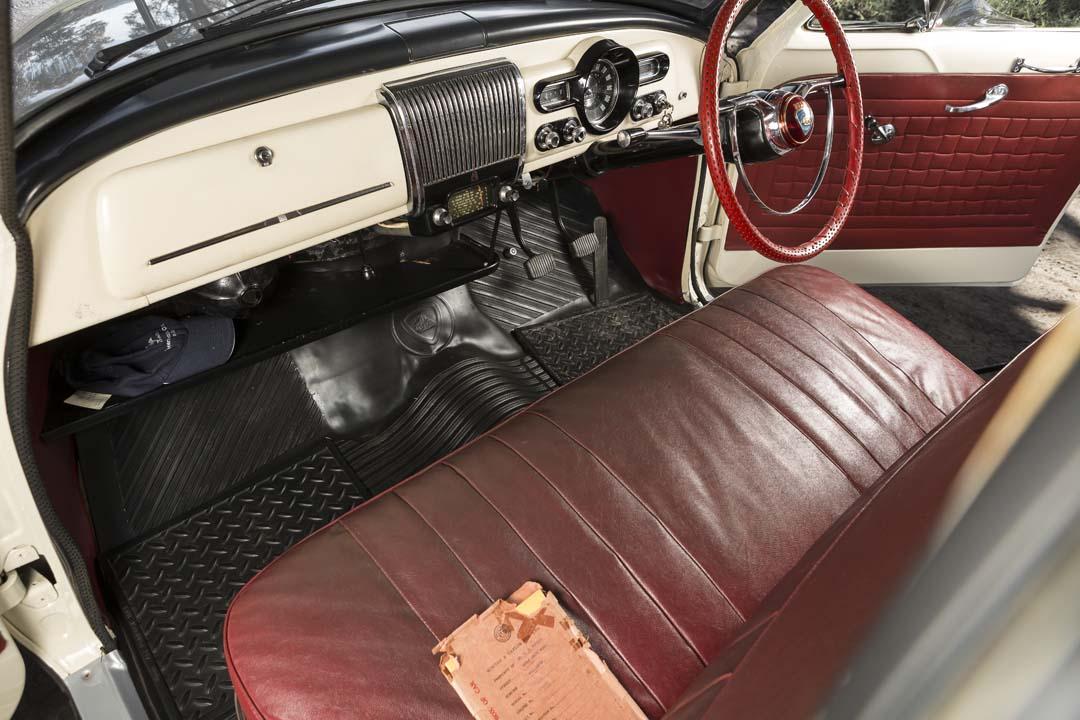 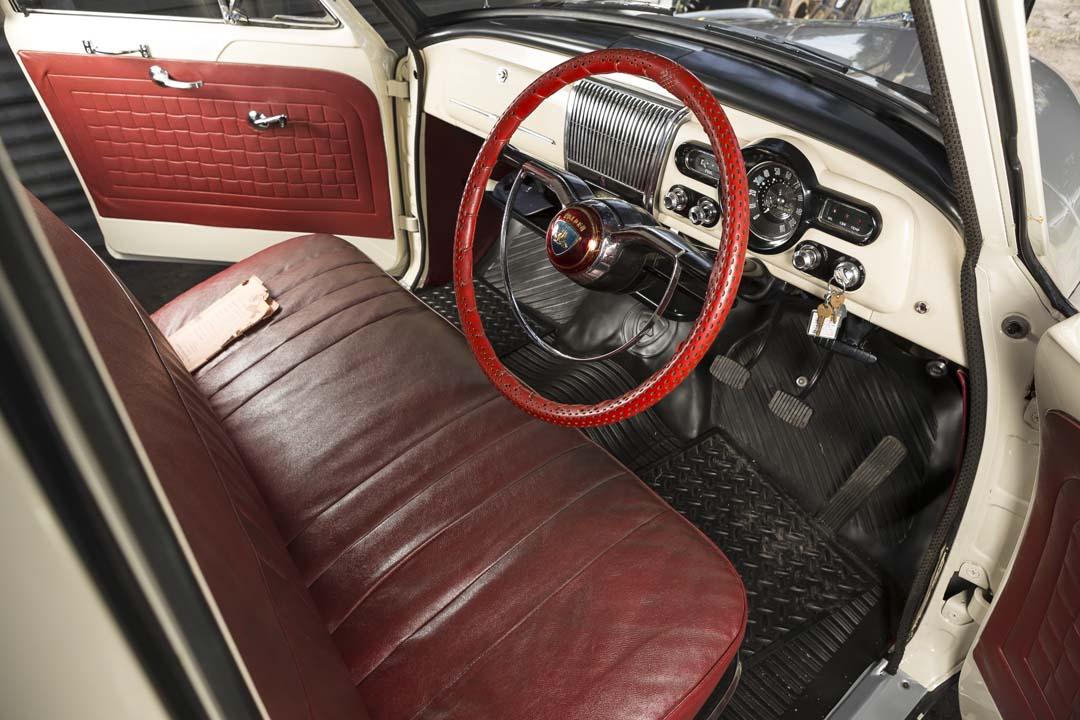 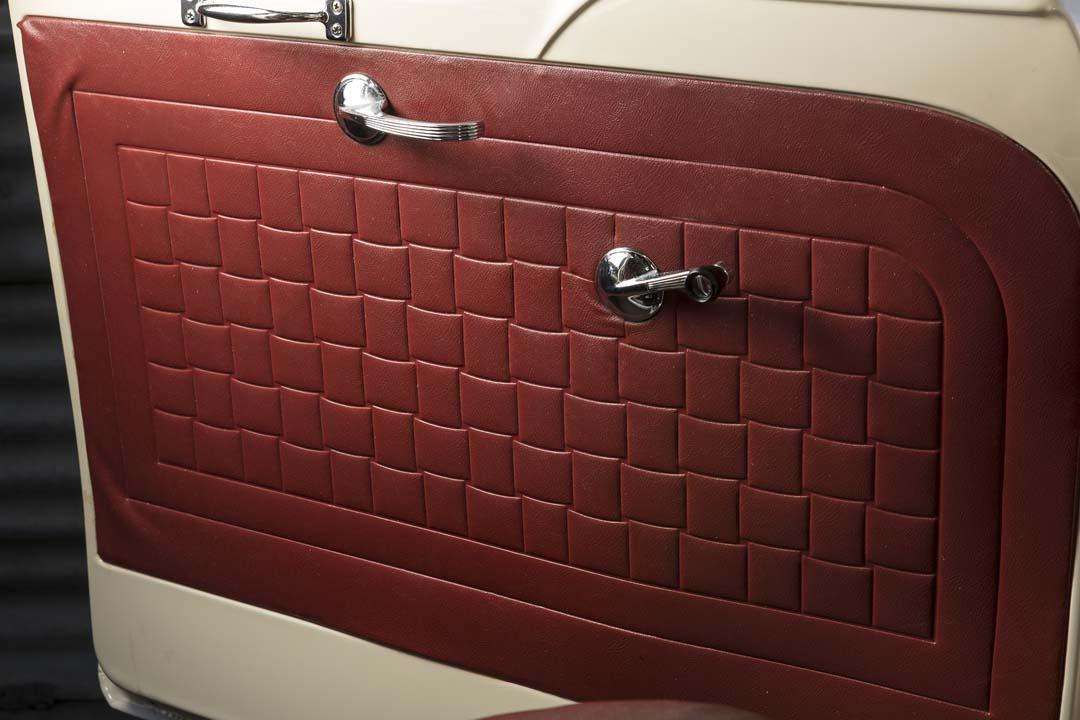 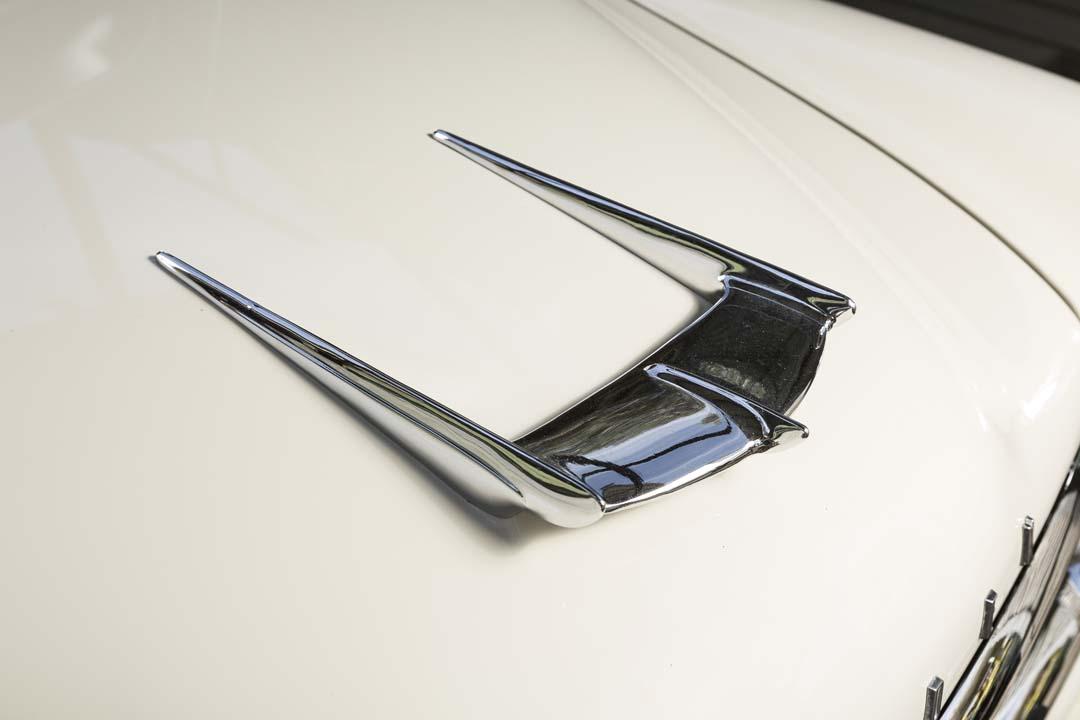 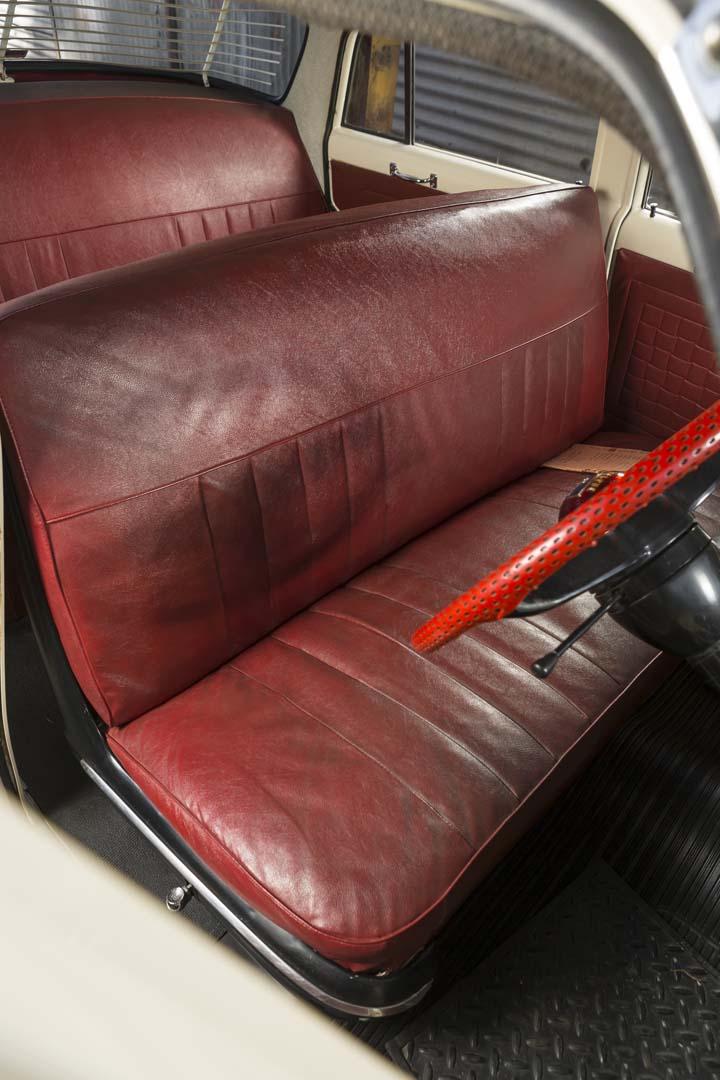