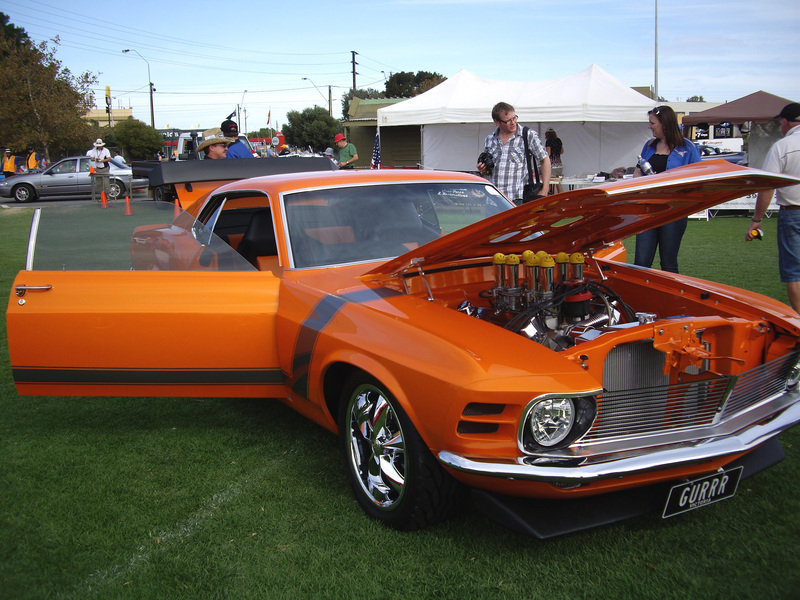 When you see a Mustang with "GURRR" on the number plate, it's safe to assume it's packing something special under the bonnet
This Mustang is packed with high performance drivetrain, braking and suspension componentry from top US manufacturers.

When you see a Mustang with "GURRR" on the number plate, it's safe to assume it's packing something special under the bonnet. In the case of this Mustang, the guys at Griff's American Auto Parts & Restorations packed something VERY special under the bonnet in the form of a custom-built 427ci V8 pumping out more than 500 horses. A Mustang that growls? You betcha! But there's more to this resto than just a stonking engine, as Tim Griffin from Griffs explained.

The story started with three guys travelling the US in July, 2007: Stuart Henley; Chris Griffin; and myself. We were staying in Las Vegas at the time and decided to visit a classic car dealer to see what was on offer. After checking out a few cars in the showroom, we ventured to the rear workshop where we noticed a 1970 Mustang sportsroof in need of some love. It was partly disassembled and full of old and new spare parts. Overall, it was in very straight, original condition, with only had a touch of metal cancer in the lower rear quarter panels. After some discussion, Stuart said 'Let's buy it and turn it into something special'. We removed all the parts and laid them all out to see what we actually had. The funniest moment was when Chris and Stuart removed a box full of new seat trim and and found a bunch of dead mice inside!

For the remainder of our time in the US and during the Mustang's travel to Australia, there was a lot of discussion about the car. Collectively, we hatched a plan for the 70's transformation into something very different. I spent many, many hours researching and talking to US suppliers of suspension and driveline systems and discussed the available options with Stuart prior to ordering components.

The 'anchors' selected for the rear were 12" Wilwood drilled and slotted rotors with Wilwood 4 piston calipers. Also at the back, a Heidts 4 bar suspension system and frame rail connectors were chosen, complete with All American coilovers and a Panhard bar.

Wilwood brakes were used up front, too, while Stuart agreed to our recommendation of a TCI independent front suspension package with the option of polished stainless steel spindles, upper and lower control arms and backing plates, All American billet coilover shocks, power rack and pinion steering and anti-roll bar.

After the Mustang's arrival in Australia, all parts were removed for the external body work in conjunction with stripping what remained of the interior. The factory engine and trans were put aside for another of Stuart's projects. After returning from the body shop, stripping the vehicle's suspension began, followed by fitting of the new TCI front end, Heidts rear end and subframe connectors. Installation and modifying of the original front suspension and frame rails was a relatively straightforward task which involved removing the factory shock towers and welding in a complete new cross member with upper and lower control arm mounts and power rack and pinion mounts. The TCI front IFS was completely test assembled at this point to ensure all parts were correct. Just as well we did, because there were two LH lower control arms! I contacted TCI and they airfreighted an RH arm to us straight away.

With a view to giving the engine bay a super-clean look, the factory heater box was removed, the firewall smoothed out and complete new inner fenders - from the existing rears to the front radiator support - were fabricated. The Ididit steering column required custom mounts to be fabricated and positioned to suit the rack and pinion and also allow clearance for engine and headers. Clutch master cylinder mounts and pedal positions were also taken care of at this time.

Fitting of the Heidts subframe connectors and 4 bar rear suspension was a straight forward process (no missing components this time!), requiring only a few minor mods to fit. The 9" housing was positioned in the Heidts 4 bar system and tacked in place. The rear end was then completely test assembled with diff centre, axles and rear disc brakes. Once we were satisfied with this, the rear end was disassembled and went to Dennis Smith, our local 'diff doctor' for finish welding of the 4 bar brackets to the housing, straightening of the housing and machining for provision of axle seals. Interestingly, most US companies don't use axle seals in new 9" housings! This is a very important procedure when any welding is carried out on a rear end housing to ensure you don't have issues with alignment, axle seal leaks and potential premature axle failure.

After fabrication and test fitting of components, the body was fitted to a rotisserie and the underbody, engine bay, and all jambs garnet blasted. The 'Stang then went back to the body shop for final prep and painting by Glen Virgo. The underbody had all seams re-sealed and was painted in satin black, while the engine bay and exterior were done in Electric Orange Pearl with grey Boss-style striping. While the body paint was being completed, the engine, gearbox, tailshaft and all rear end components were prepped and painted in gunmetal grey by Gavin Howlett.

With all the paint done, the next job was the one every builder looks forward to - final assembly! While we fitted all the suspension components, subframe connectors and diff assembly, David from Maltech took care of the brake booster, master cylinder and proportioning valve, as well as fitting the stainless steel brake lines.

Before installing the engine, we had to swap the sump and oil pick up for the correct fitment with the IFS. A steel flywheel and clutch were test fitted, but the flywheel supplied with the engine was found to be incorrect, so a new one was sourced and fitted. The Scattershield and clutch assembly was next, and this procedure turned out to be the most difficult to nut out, because the toploader gearbox had a large input and output shaft (normally fitted to big block engines). After some assistance and borrowing of parts from my mate, Craig Bisset, to check fitting, the issue was sorted and new parts ordered.

We struck another problem with the clutch. With the gearbox and hydraulic clutch fitted, we tested it and found it was very hard to operate. With some changes to the master cylinder sizing, we solved the problem. We then ordered a custom tailshaft with 1350 series universals to suit.

Next on the list was the all-aluminium radiator with twin thermo fans, which was topped with a custom aluminium shroud, designed by us and fabricated by Rob at Bocam in Ballarat. Bocam also fabricated an aluminium fuel tank for us, which was polished by Wheels Ballarat. The March billet aluminium power steering pump was fitted and custom hydraulic lines fabricated by Enzed, also in Ballarat. Braided stainless hose was used for all fuel lines. All exterior chrome was replaced with new components, and we also fitted a billet grille, along with new lights and lenses.

With the mechanicals complete, the engine was fired up for the first time, which put a smile on our faces! After so much work, it was great to finally see and hear Stuart's Mustang running, and even better for it to rumble away trouble-free.

With the running gear sorted, we turned our attention to the interior, which was lined with Dynamat to provide a good insulation base. We then assembled the dash, adding a custom centre section of our own design and manufacture to house the ignition, fans and starter button (this '70 doesn't have any visible ignition barrel or keys). The dash features a JME Instrument cluster with Autometer gauges. All electricals were modified and installed by auto electrical guru, Peter Nikkleson of Creswick Auto Electrical, including the hidden engine bay wiring and battery in the trunk. The mice I mentioned earlier had chewed their way through some of the original upholstery, so custom front seats and the standard rear seat were retrimmed in all-new black and orange upholstery by Mark and the boys at Griffs Trim Shop. The remainder of the interior was kept fairly stock - black carpet and black door trims. All interior plastics were repainted black, too. New glass was tinted and fitted, complete with new weather stripping and seals. The finishing touch was a set of Foose 'Classic Legend' rims (17x7" at the front, 18x8" at the rear), appropriate for a 'classic' and 'legendary' muscle car!

The finished car debuted at the 2010 Mustang Nationals, but unfortunately wasn't allowed to be entered for judging as it wasn't road registered at that point. Total build time was approximately 18 months from the time it landed to completion. Looking at the photos, I'm sure you'll agree it's been 18 months well spent! We'd like to thank all the local businesses that helped with this project and extend a special thanks to Stuart Henley for enabling us to perform the custom build.
With other projects in mind, Stuart has decided to sell the Mustang. Asking price is $117,000. Contact the guys at Griffs on (03) 5338 2427 for further details. 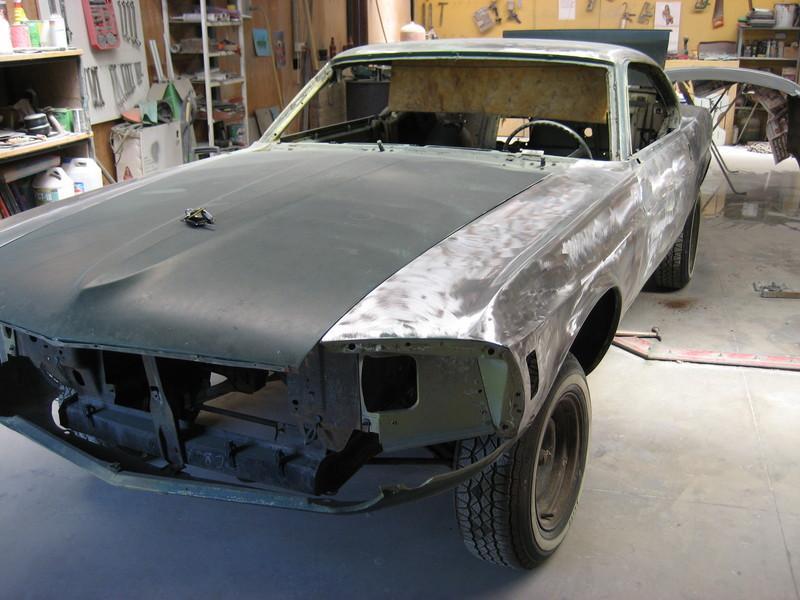 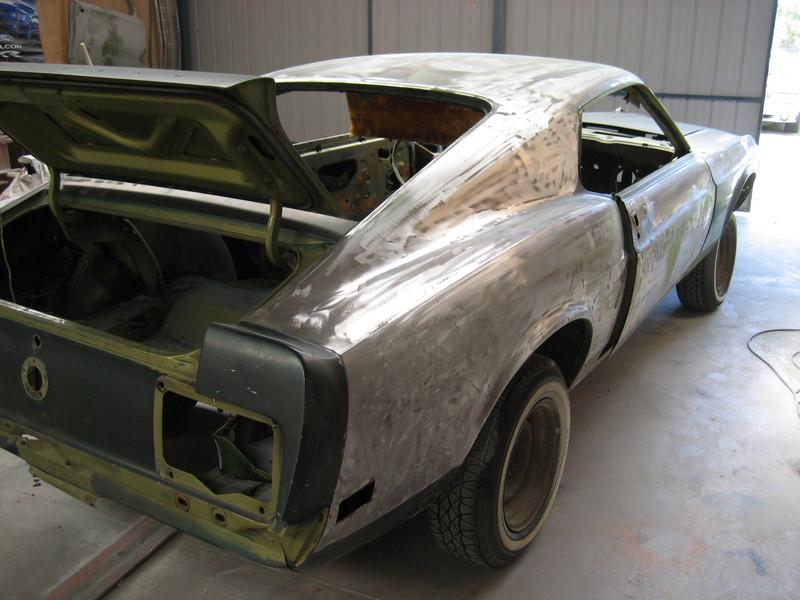 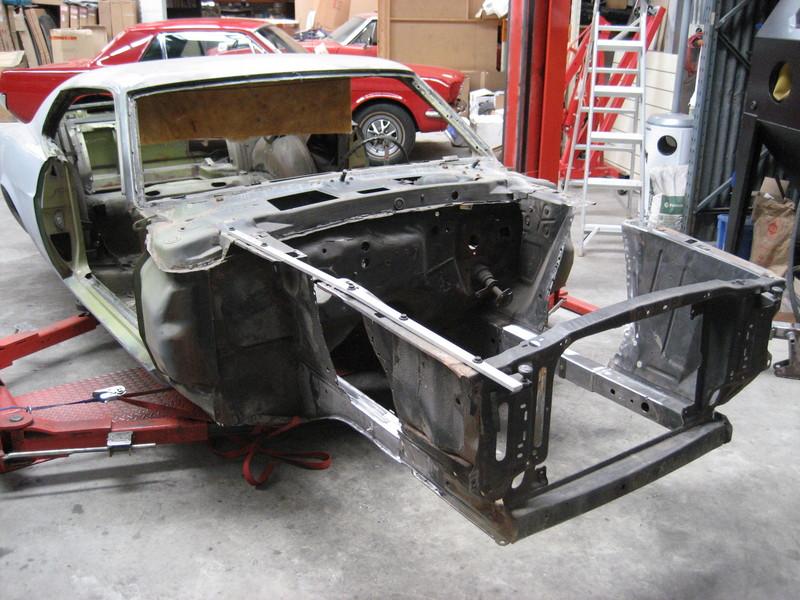 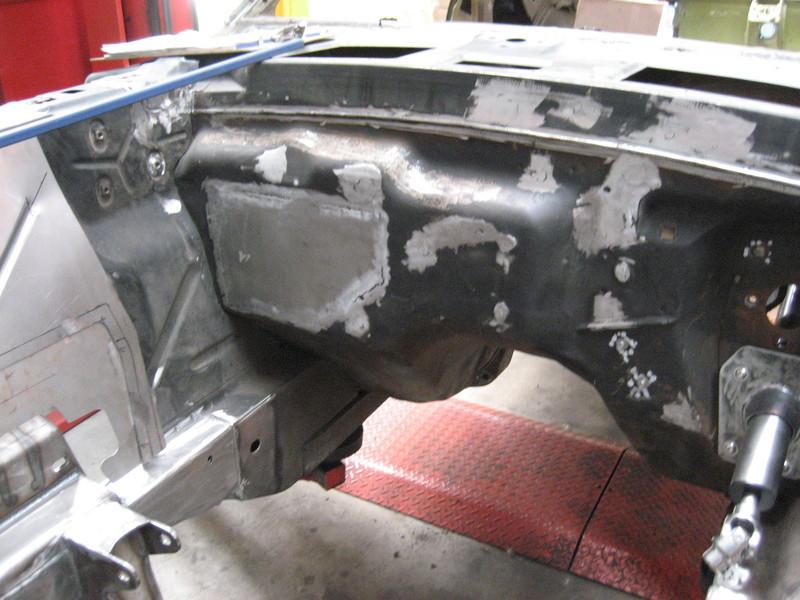 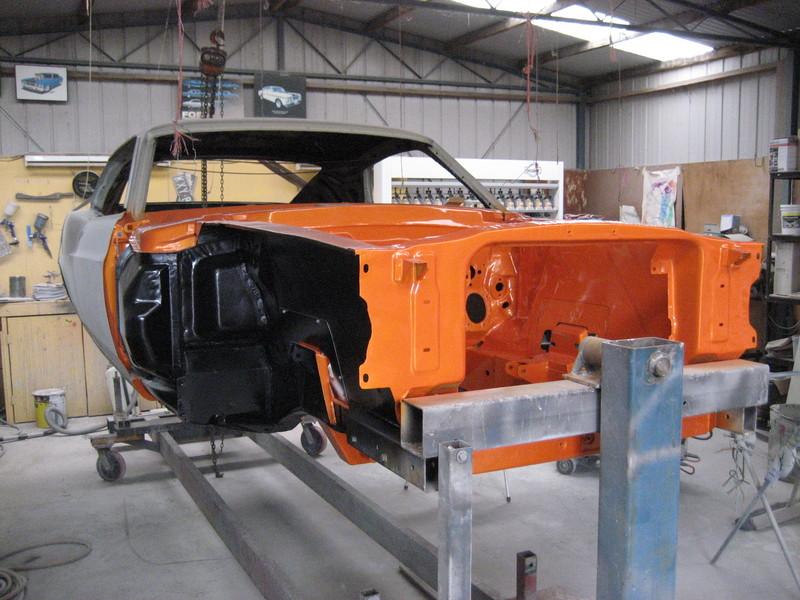 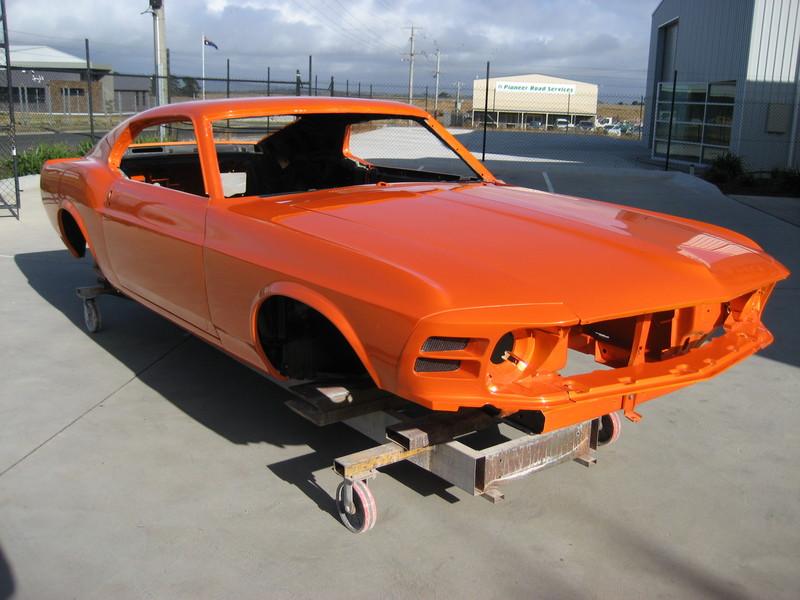 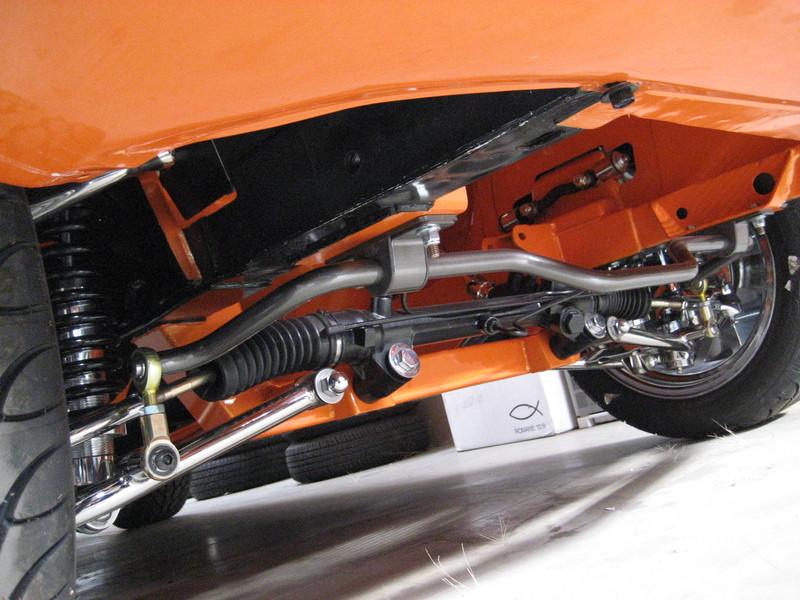 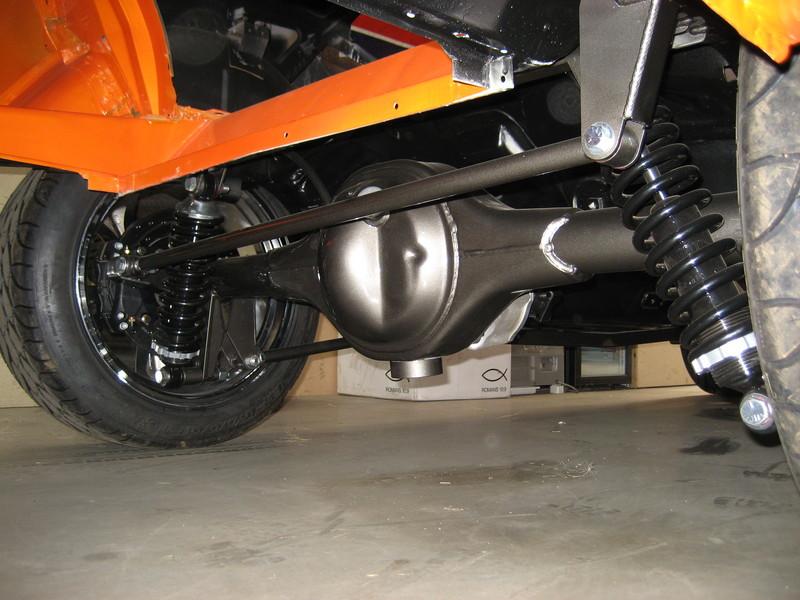 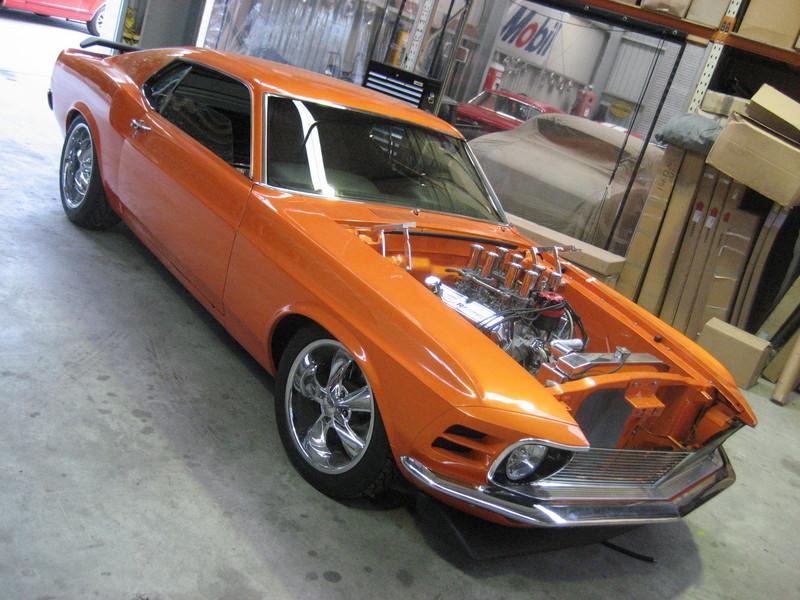 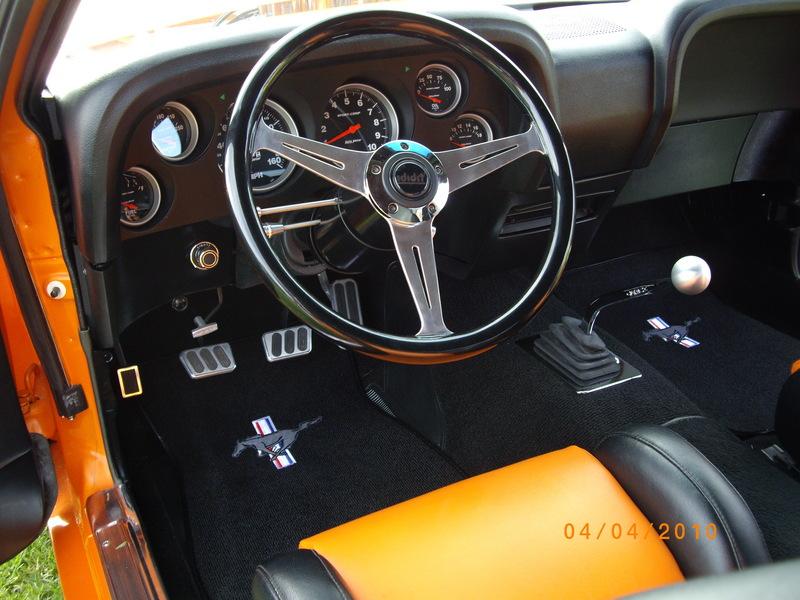 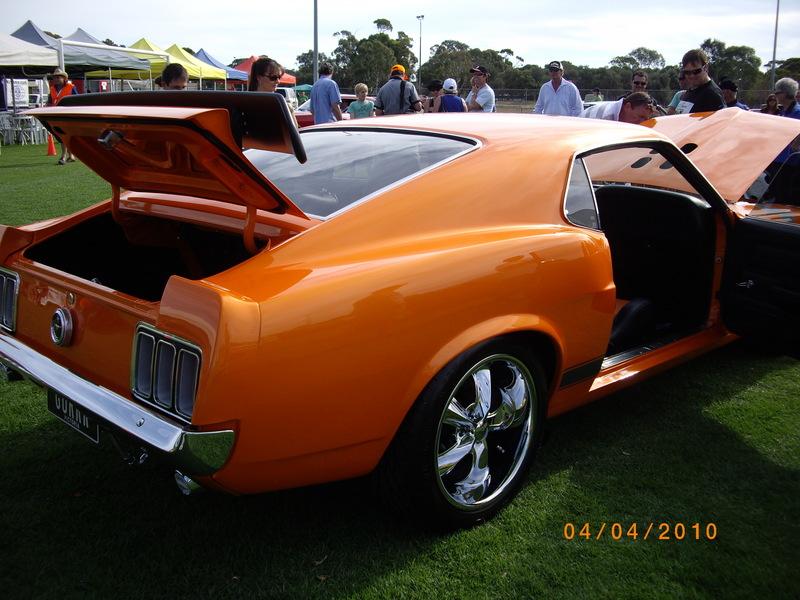 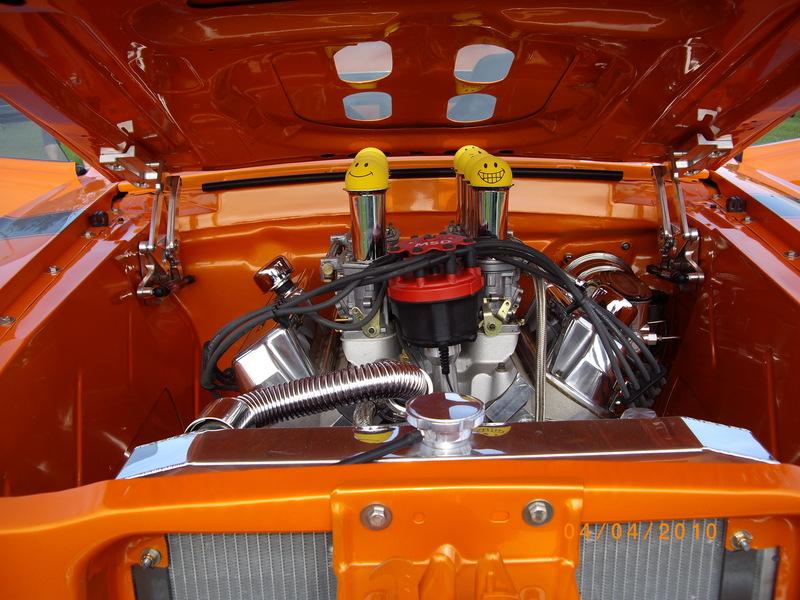 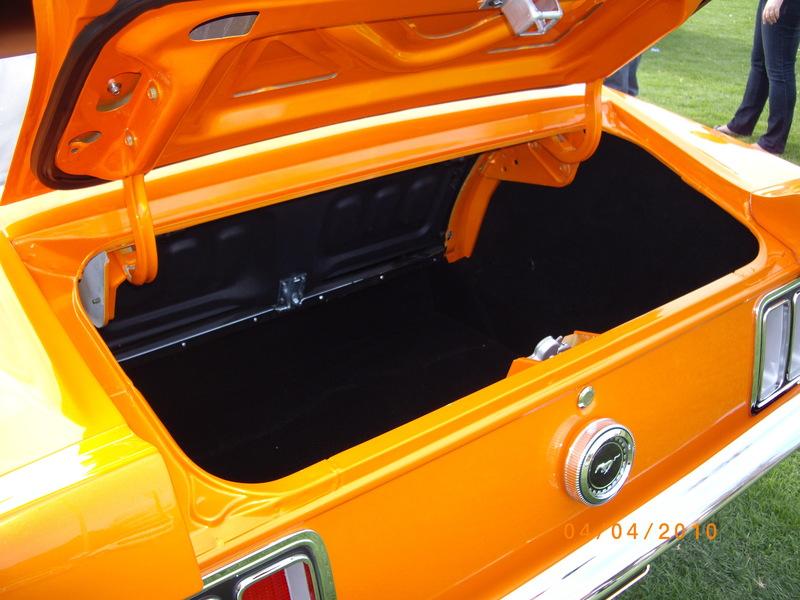 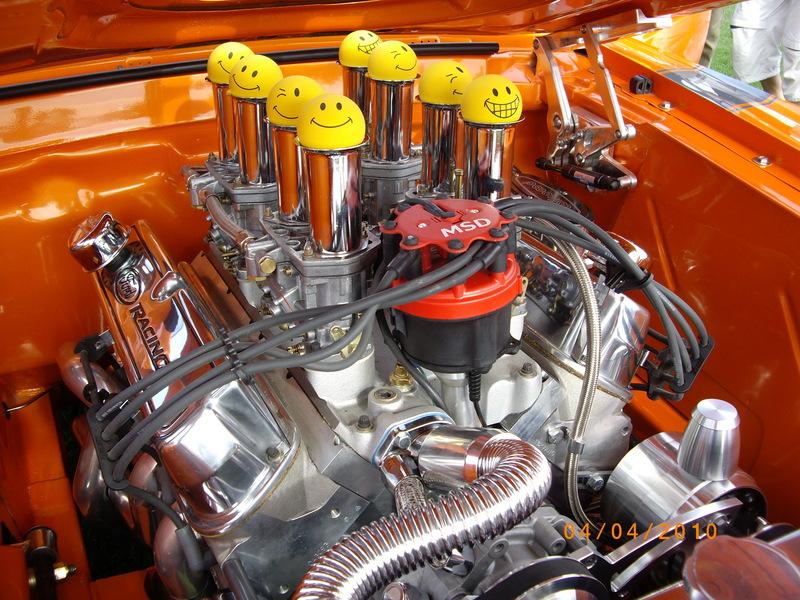 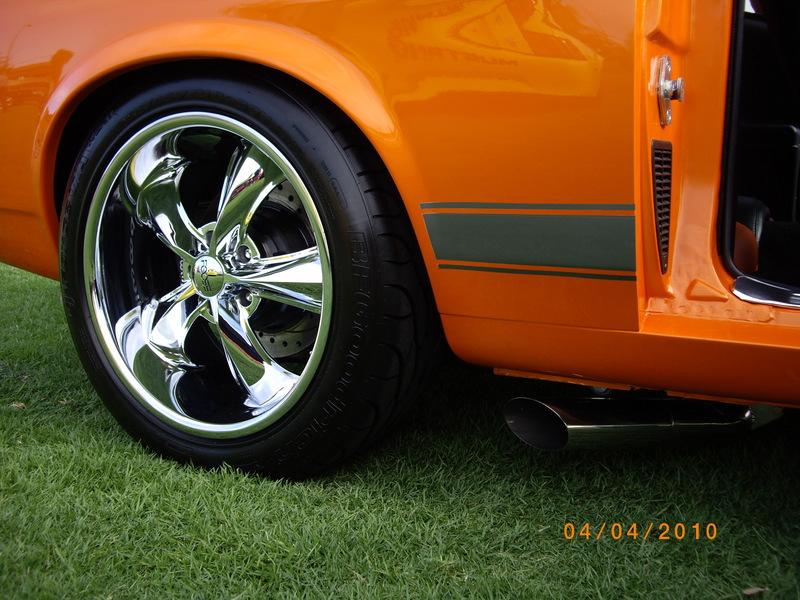 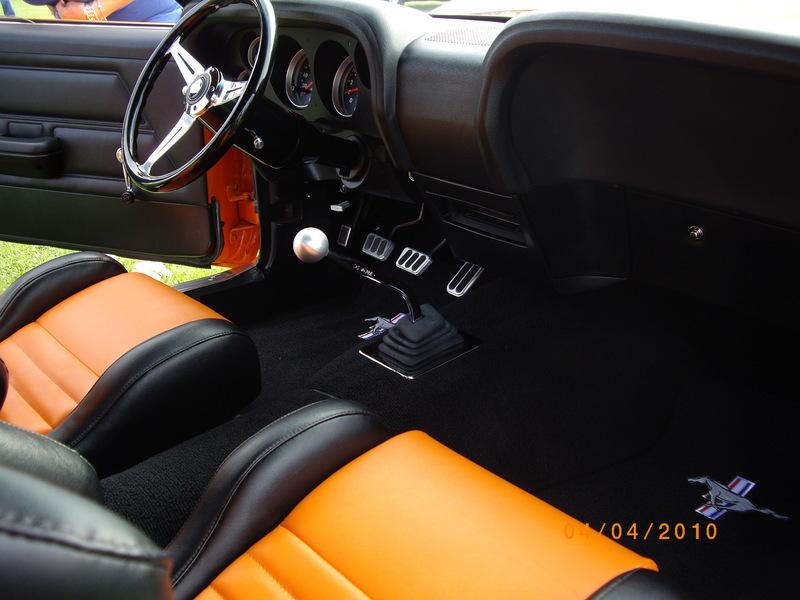 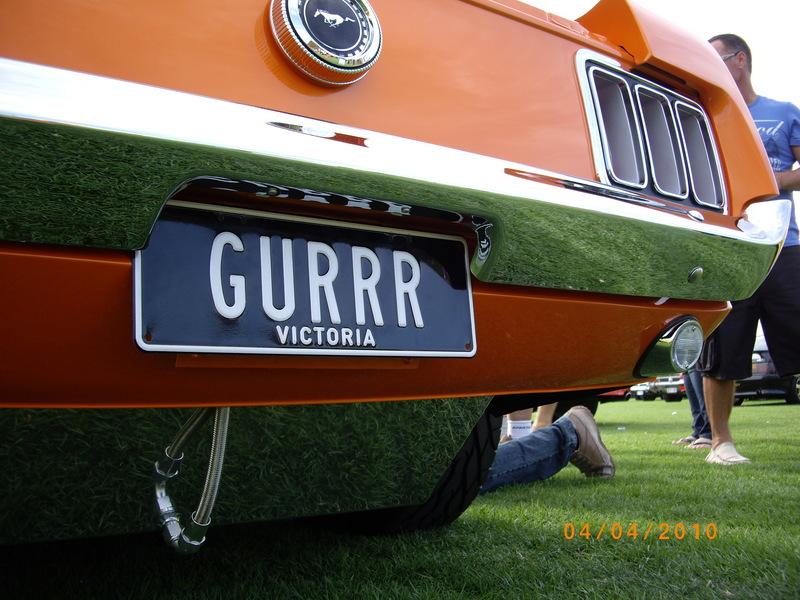