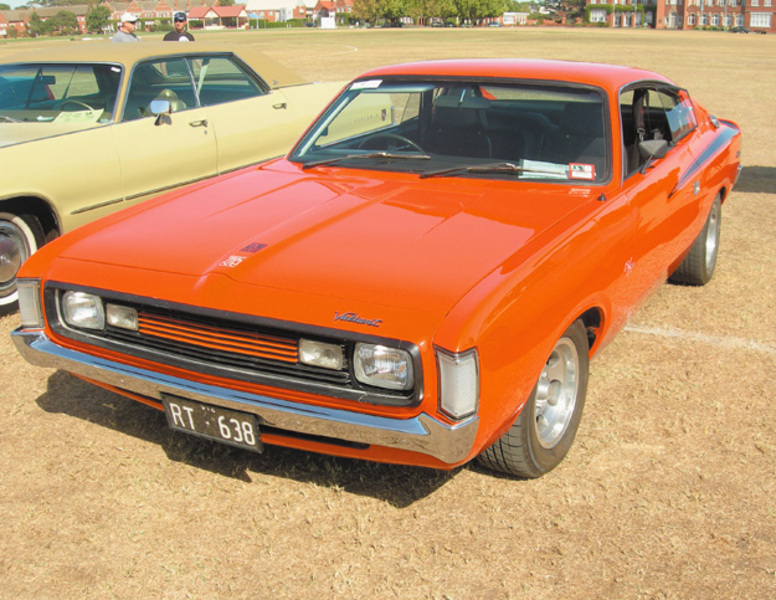 The motoring public had embraced the muscle cars of Ford and Holden, with the Monaro and GT Falcon revered in their respective camps.

Chrysler had given a glimpse of what it could do with the VG Valiant 'Pacer' hardtop, but had never seriously challenged their competitors.

The advent of the Charger was just what Chrysler needed. The Charger debuted in 1971 as part of the fully Australian VH series. While part of the VH range, the Charger came to have a life and personality all its own. It was remarkably successful, accounting for 50 percent of Valiant sales within 12 months.

The Charger looked good, and even today has a presence that few cars of its age can convey. Its styling was slick and body lines were fast and purposeful. Released 2 months after the VH sedan, the Charger quickly found its niche as a practical sports machine. It was 330mm shorter than the sedan, yet still provided seating for five in a two door configuration. It was almost identical to the VH sedan forward of the A pillar, with rectangular headlights and indicator lights wrapped around the front corners. The roofline and rear treatment was unique, with sweeping panels exclusive to the Charger. The rear spoiler was the first to be incorporated into the design of an Australian car.

The Charger was introduced in four models: Charger, Charger XL, Charger R/T and Charger 770. Each was fitted with a horizontal bar grille with an individual finish.

Each model offered differing levels of equipment, with the R/T pitched at sporting buyers. It was recognised by its grille of red and black bars with quartz halogen driving lights mounted between the headlights. A wide black stripe ran from the centre of the door to encompass the rear deck, which was distinguished from other Chargers by a black paint out beneath the spoiler.

The R/T Charger (Road and Track) was pitched against the Ford GT and Holden GTR Torana, and while appealing to the sports buyer, was also developed with thoughts of competition racing.

Power was from a high performance Hemi 265 two-barrel engine which developed 162kW. Unfortunately, the transmission was a three speed box, which is generally acknowledged as being the Charger's Achilles Heel, especially on the racetrack.

The R/T was available with an 'E37' street version of the Six-Pack Charger engine offered for competition cars. It used three dual throated Weber carburettors and developed 186kW of power. It was fitted with a full extractor exhaust system. A full blown 'E38' racing version of the R/T was also available.

Chrysler built the R/T Charger not only to appeal to performance buyers, but as a bold attempt to win Bathurst. Eleven Chargers competed in the 1971 Great Race, where Leo Geoghegan was second in class, edging out the HDT Torana of Peter Brock. It was a bad year to tackle Bathurst however, with the XY GTHO Phase III Falcons finishing 1-2-3. 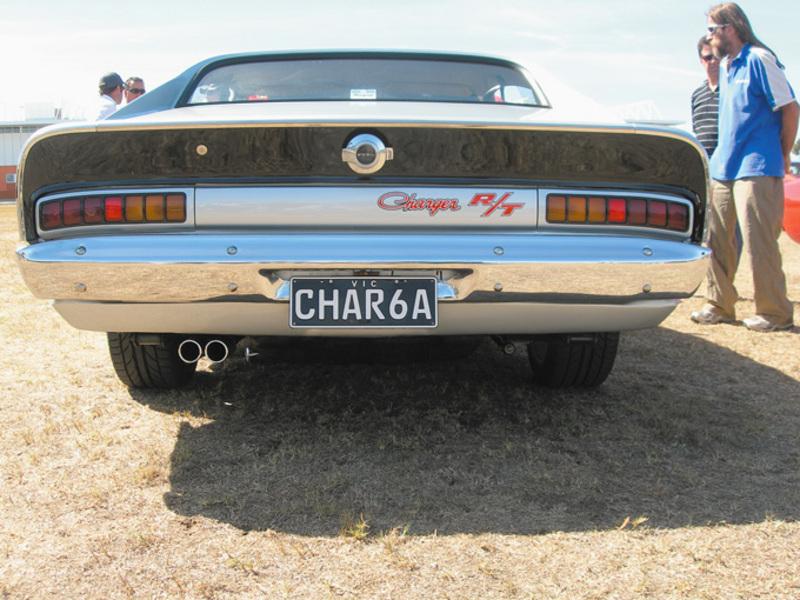