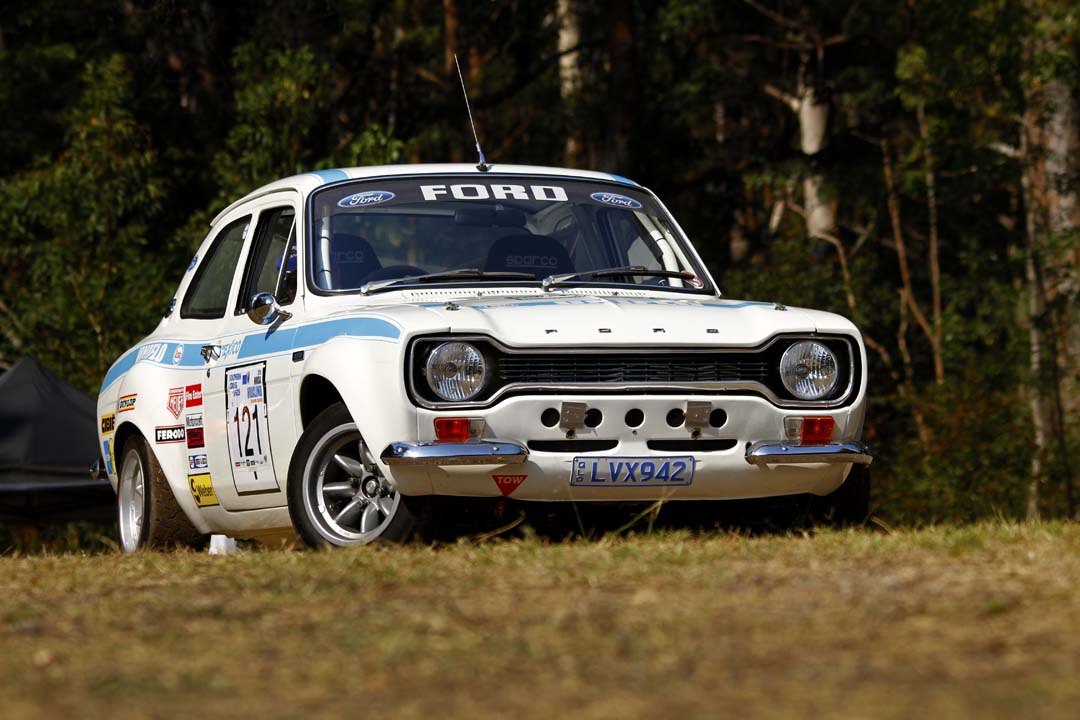 There are some race cars that look more like they belong in a museum than in a dusty and crowded pit lane. Some, but not many. Pop along to your local amateur hill climb or sprint race and you’ll always discover a mixed bag of tired and dented cheapie specials, plus some well-used old stagers with owners waxing lyrical about their cars’ characterful “patina of age”.

Keep looking though and you’ll see those that look too perfect to be risked in any motor sport activity. Example? Rob Smyth’s incredible 1972 Ford Escort Mk1, awash with high quality components, attention to detail and faultless finish that would have you believe this rally replica is just a highly polished showpiece.

Not so. At Queensland’s Noosa Hill Climb last November – regarded by many as Australia’s toughest hill climb challenge due to the way its walls, banks and trees punish even minor driving mistakes – Rob’s Escort easily won its class and even completed the 1.5km sealed road course quicker than far more modern and exotic machinery. It looks well-prepared enough to have you believe it was a Ford factory-entered racer, and Rob drives it with the style and speed to honour the great history of these Escort rally cars.

For rally fans, Ford’s Escort is regarded as one of the true heroes of the sport, and has the global victories to prove it. The Escort Mk1 (1968-75) in particular has a cult following due to its boxy good looks, and together with its successor, the Escort Mk2 (1974-81), these are now the go-to car for those wanting to get into historic rallying.

Rob’s car is a replica of a Mk1 Escort known as “Esso Blue” after its sponsorship livery. The car was built by the Ford Works Team in 1972 in England for its driving ace Roger Clark to compete in UK rallies. It won the 1972 RAC Rally (the UK’s most prestigious), and by season’s end had won 12 of the 15 rallies it entered, including four international events. It was the first Escort to be fitted with the famous Brian Hart 2.0-litre BDG dry sump alloy engine running Lucas fuel injection, and became the most famous Ford Escort rally car in the nameplate’s long history.

As a lad growing up in Northern Ireland – a country with a deep passion for rallying – Rob recalls watching his driving heroes hurling these lightweight Escorts around the local roads at impossible angles. His fascination for the sport saw him begin competing in 1980 at age 18, when the Ford Escort Mk2 was still a current model. “I used to take part in the Circuit of Ireland rally in my Escort Mk2 in the novice class,” he said. “Back then, everybody was driving Escorts.”

Competing on this famous event gave Rob exposure to plenty of experienced racers and their cars, and he began picking up knowledge from those also running Escorts in how best to prepare and set up the cars for rallying. “My uncle had a farm, and I remember he used to help me pull out engines using his tractor!” he said.

Despite Rob’s ability in preparing cars, he moved into financial planning rather than a mechanical career. Health issues saw him leave his chosen profession however, and now in Australia, he did a TAFE course learning how to weld and has been prolific in building rally Escorts ever since. “I’ve built around ten in my life now, all to the same Group 4 specification,” he said. “People recognise the cars I’ve built, they have my signature on them in the way they are put together and the components I use.”

And his cars are in demand. He doesn’t need to advertise them for sale, he just gives a completed Escort a few runs at race events and marque enthusiasts start making enquiries. It’s not hard to see why. Rob’s Escorts have the mark of meticulous build quality. “I usually build and run them, check they’re 100% and people get interested in buying one. I can then move on to the next project,” he said. Rob has his own 250sq ft workshop north of Brisbane, and “Esso Blue” shares space with two other Escorts in the build stage and a classic Ford Anglia. His workshop looks as clean and well-organised as a Works rally team’s would. No wonder the cars look so good.

Rob found the bones for Esso Blue in a paddock just outside Newcastle about two years ago. “It was just a rolling shell when I got it, it was a stuffed vehicle,” he said. “As usual, I stripped it completely and put it on my rotisserie for preparation and finishing the body shell to Group 4 specification. I use donor vehicles for some parts, but there’s a company in the UK that reproduces Escort body panels, which saves me fabricating them by hand. With these cars so popular for historic racing there’s plenty of demand for these reproduction parts. I just order a palette from the UK to ship to Australia for the parts I need for each build.”

Quality builds need quality components, and this Escort is as beautiful under the skin as it is in the metal. Rob has used a more modern 2.0-litre Duratec engine (a popular conversion for older Escorts), fitted 48mm throttle bodies and a Titan Stage 3 dry sump. A racing-specific twin plate rally clutch and lightweight flywheel have also been fitted, with the gearbox in this car being Rob’s first experiment with a six-speed sequential by Sadev. “It’s the same gearbox that’s been used in Sebastien Loeb’s rally cars, and Ken Block used it too in one of his drift cars,” Rob said. Those boys don’t mess around with anything that isn’t as robust as a Sherman tank.

An English company has provided an historic Group 4 fully floating axle, there’s a Gripper limited slip diff, while AP brake rotors and four-pot calipers help haul this rapid Escort to a stop. Up front are World Rally Championship billet coilovers, while the rear suspension features alloy adjustable Bilstein coilovers. As you can see in the pictures, the Escort sits beautifully on this suspension over 13-inch Minilite rally wheels.

Rob does all the electrics himself – three wiring looms in this car – with everything colour coded as per the factory manual and finished with helicopter fittings. Peek into the impossibly tidy engine bay and there’s not a stray wire to be found. It really is factory rally good.

Finishing touches include giant rally fog lights (removed for the hill climb where Rob’s car was photographed), Works-style protruding fuel filler cap, and the wonderful Esso Blue livery. “I use a local company to reproduce the stickers as they were on the genuine rally cars,” Rob said. “I usually give them a scale model of the real car and they replicate it.”

The finished car, which pays wonderful respect to the original Esso Blue Escort, is regularly used by Rob mainly on Queensland hill climbs and sprints, but he admits he’d love to do some serious tarmac rallying in his creation. “It does get expensive though; I can do a sprint weekend for about $250, but if you want to do something like Targa Tasmania is costs $25,000.”

Rob certainly has the driving talent to do well at the highest profile events in Australia, and his Escort would be the match for anything else race-prepared on the biggest stage. Ford could do a lot worse than providing Rob the funds to have his own one-man Australian Works rally team. 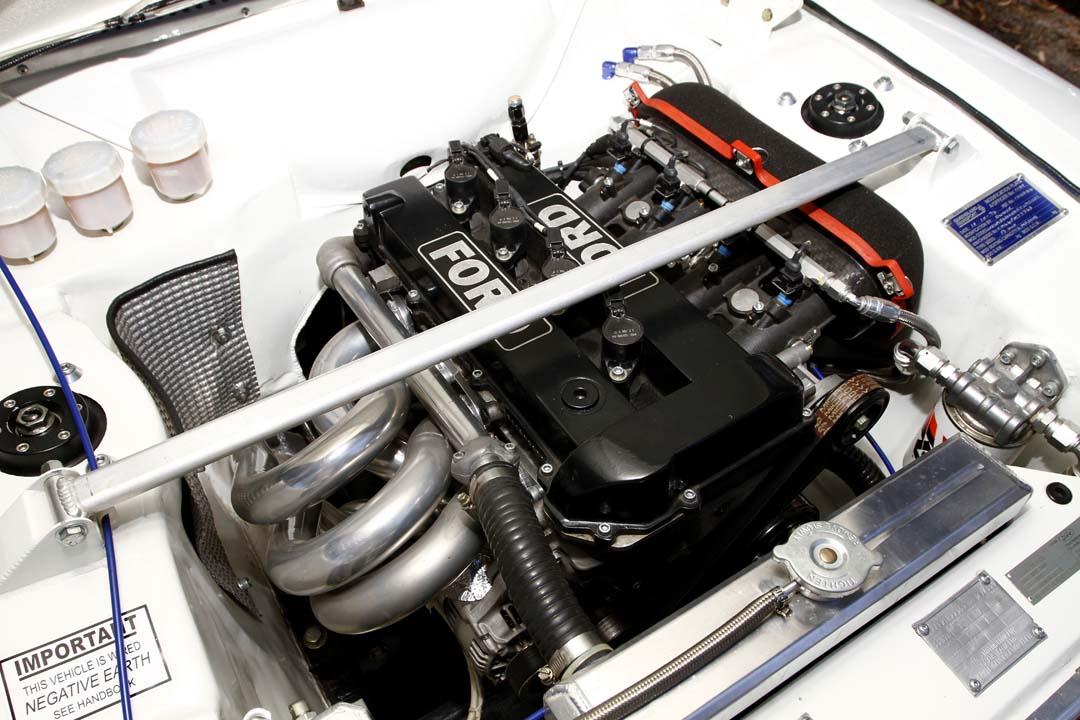 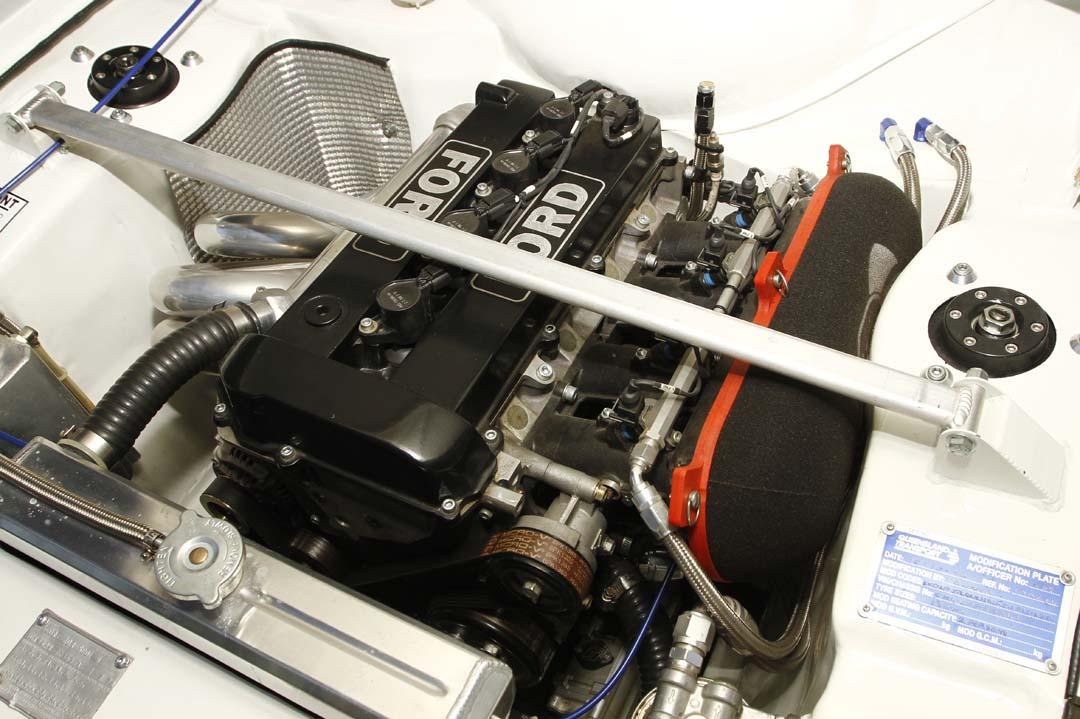 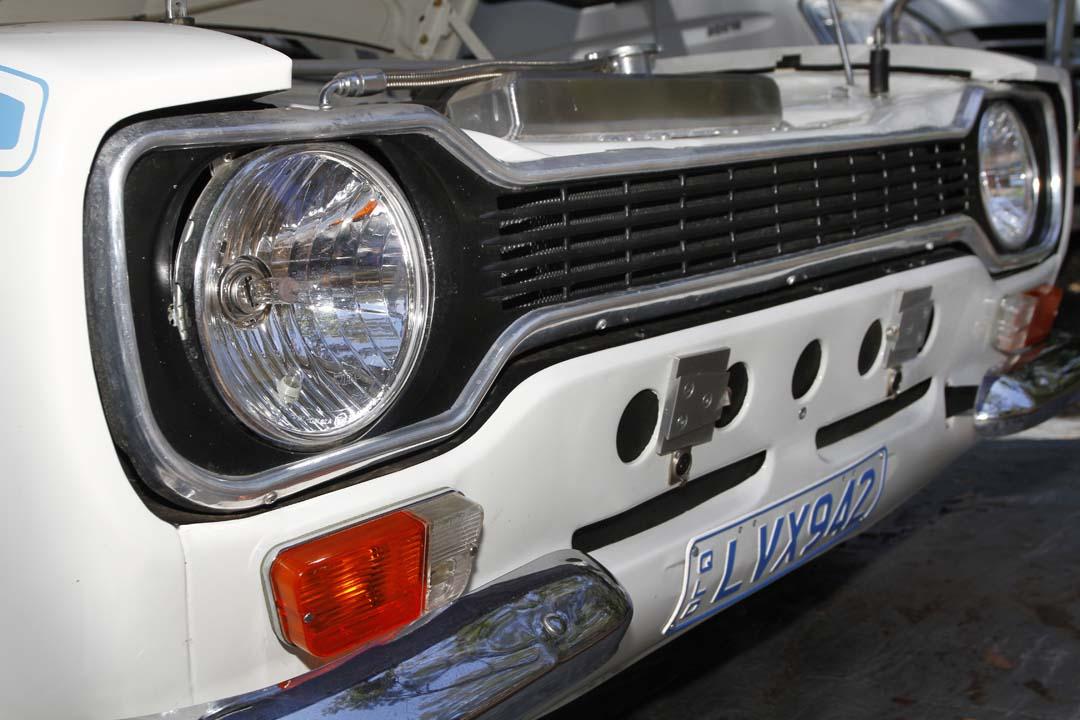 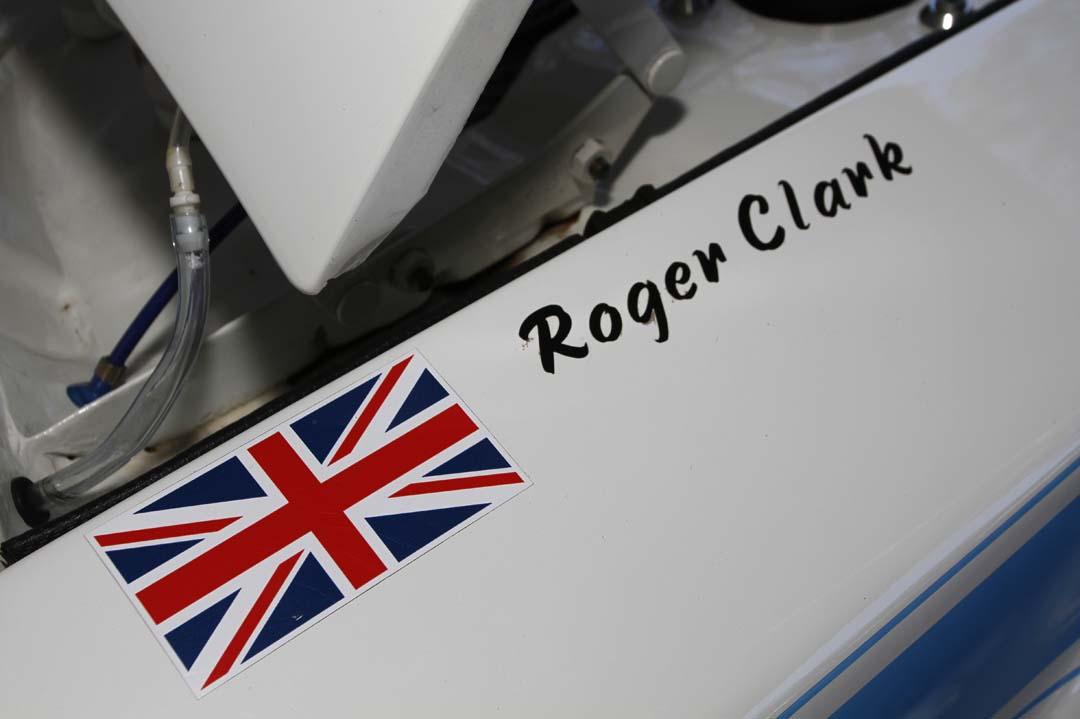 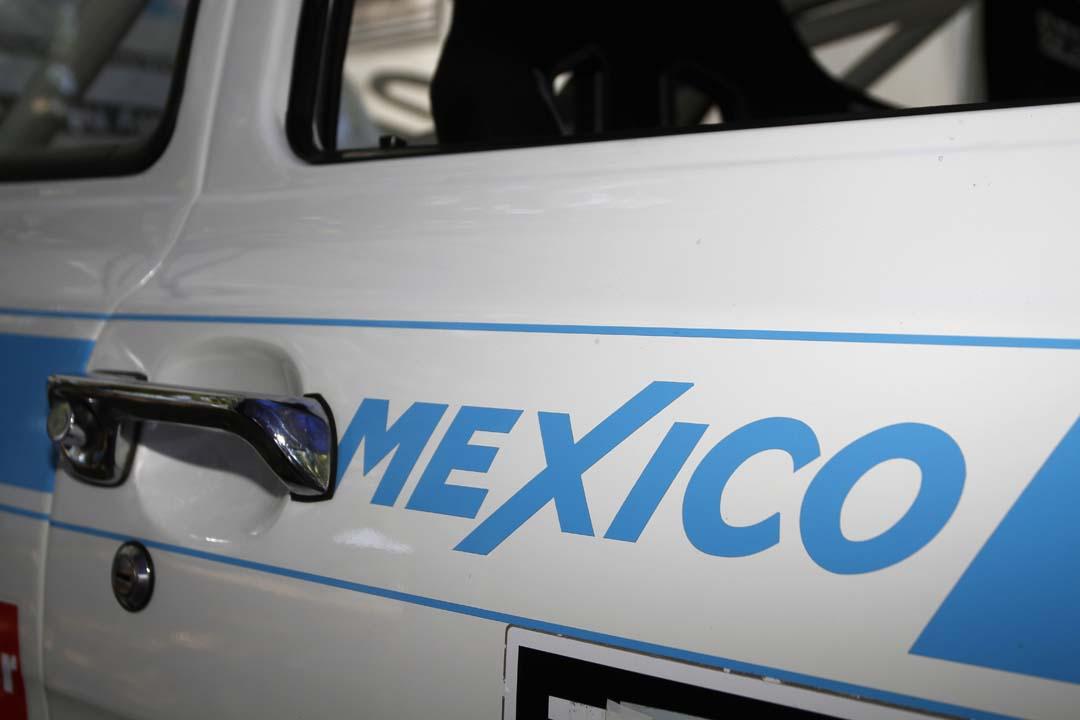 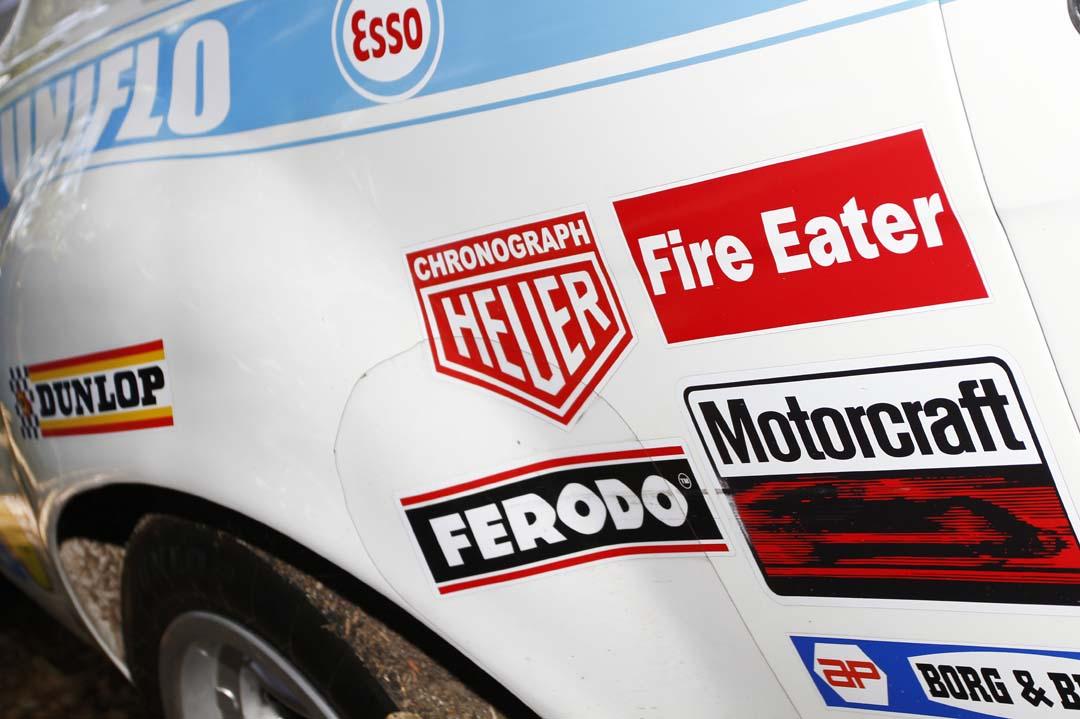 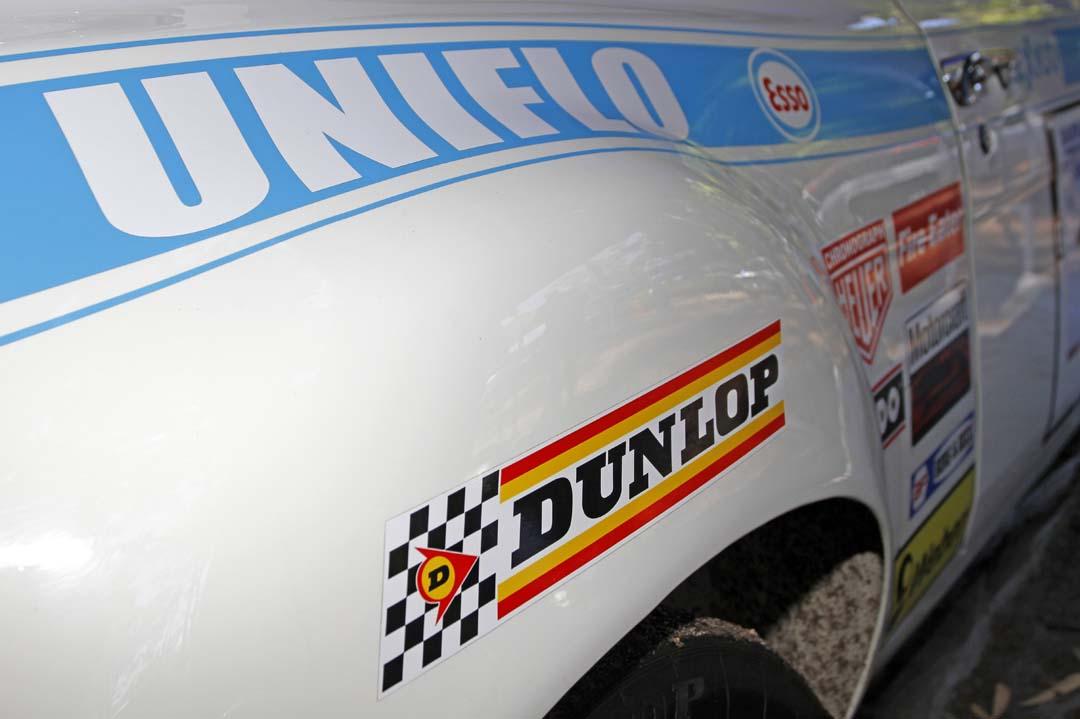 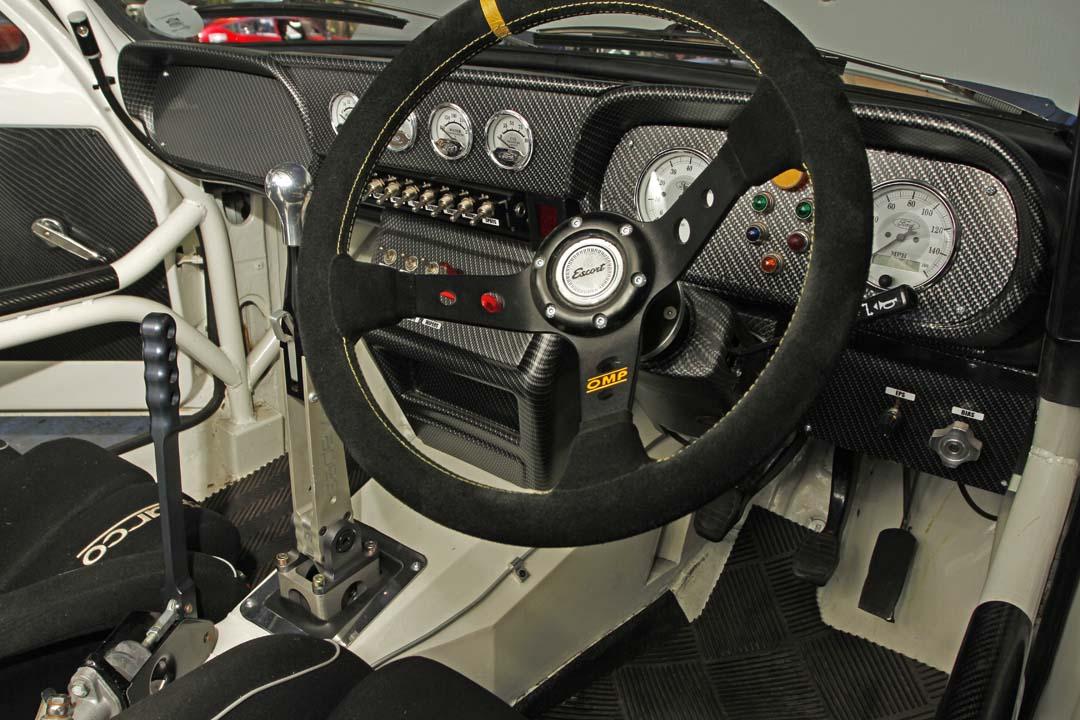 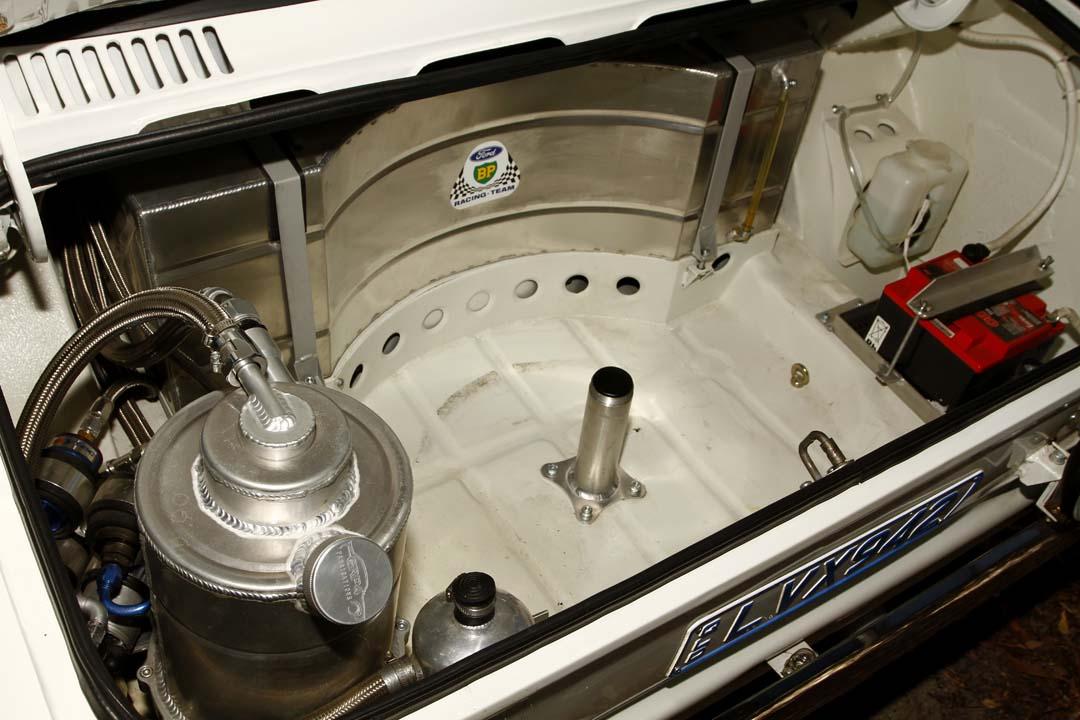 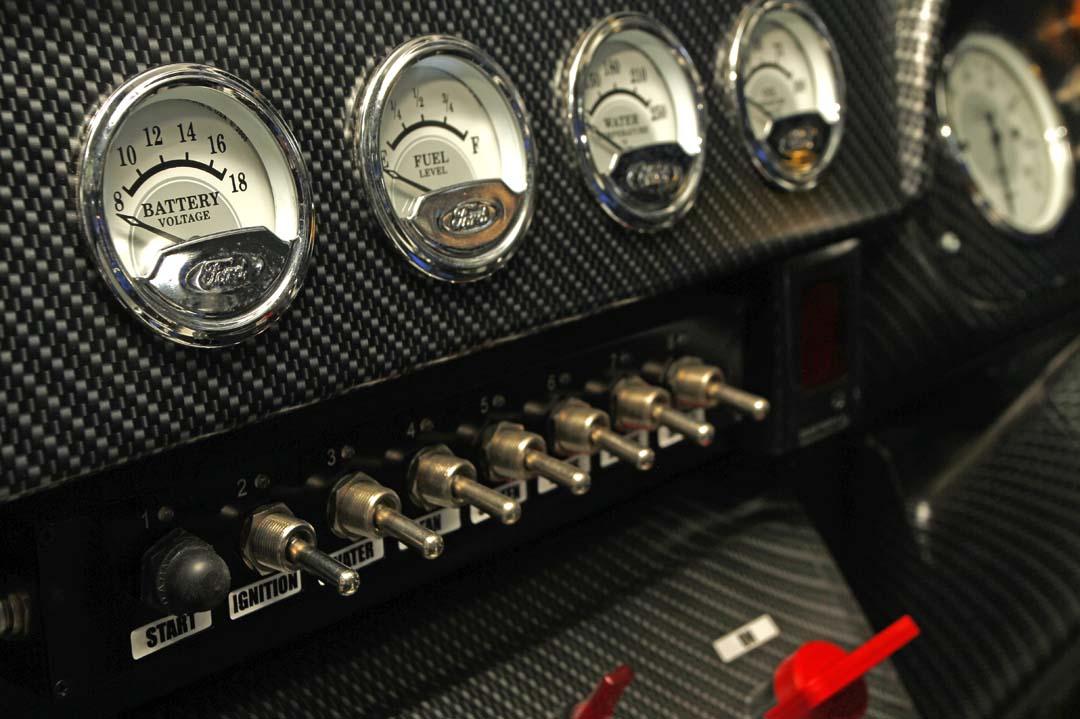 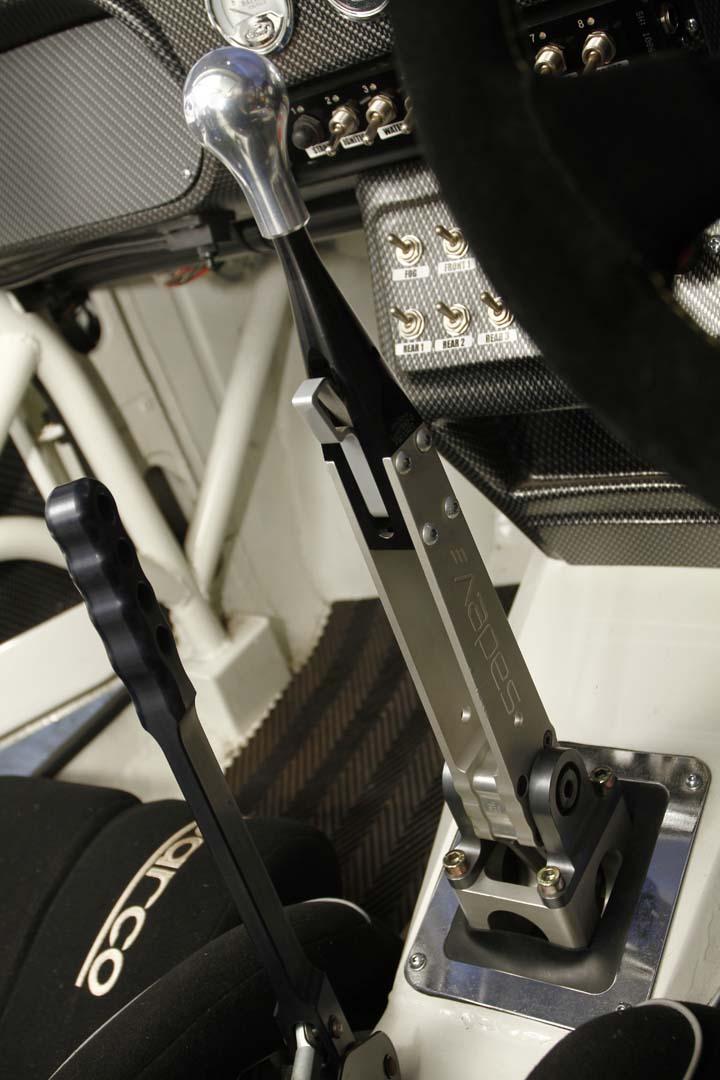 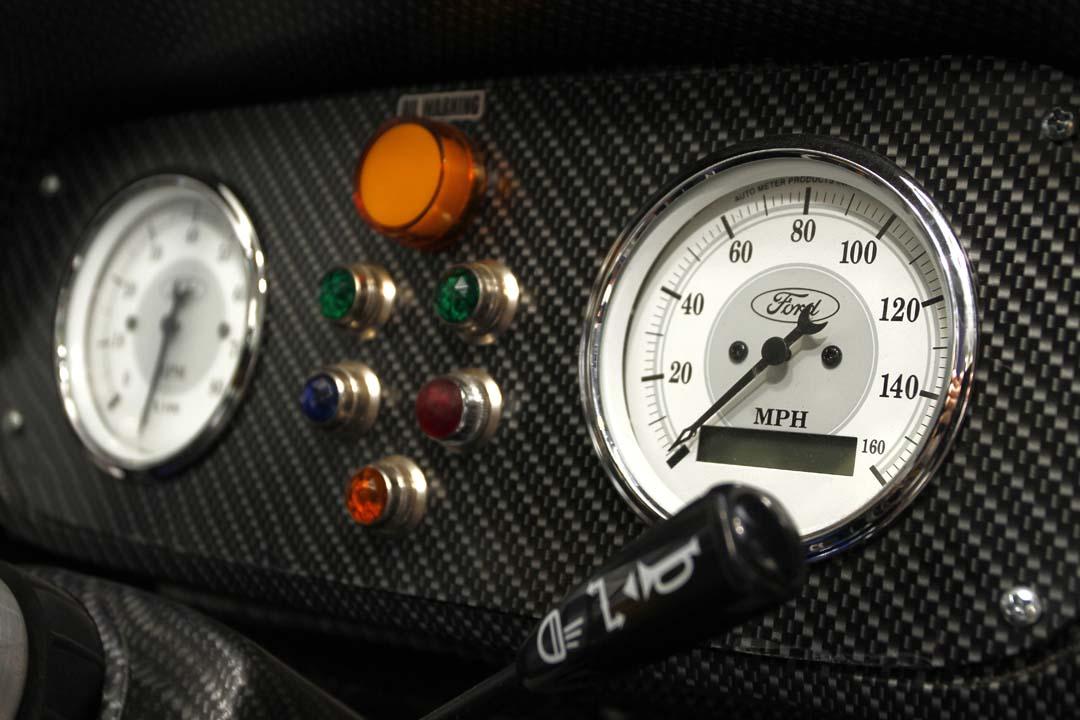 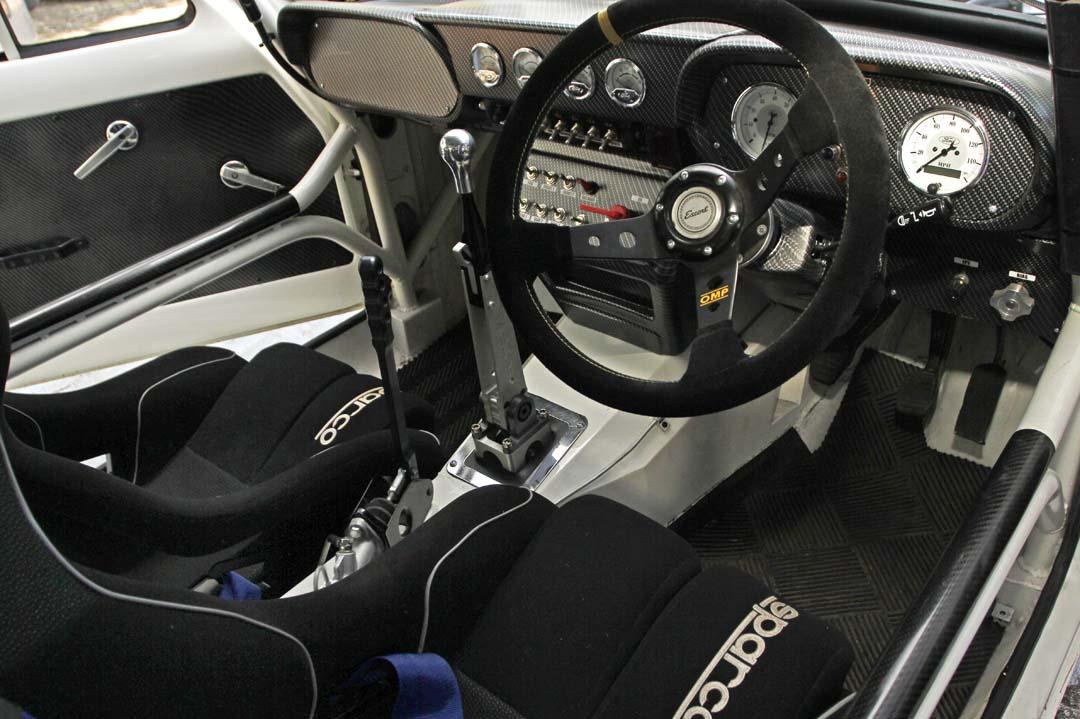 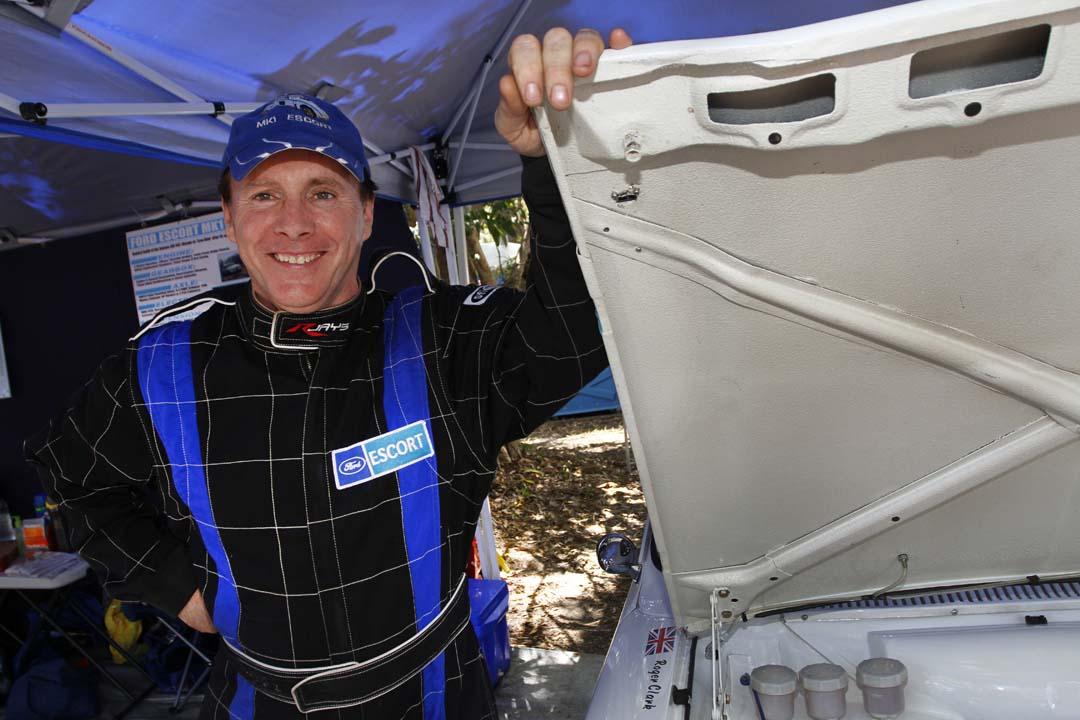 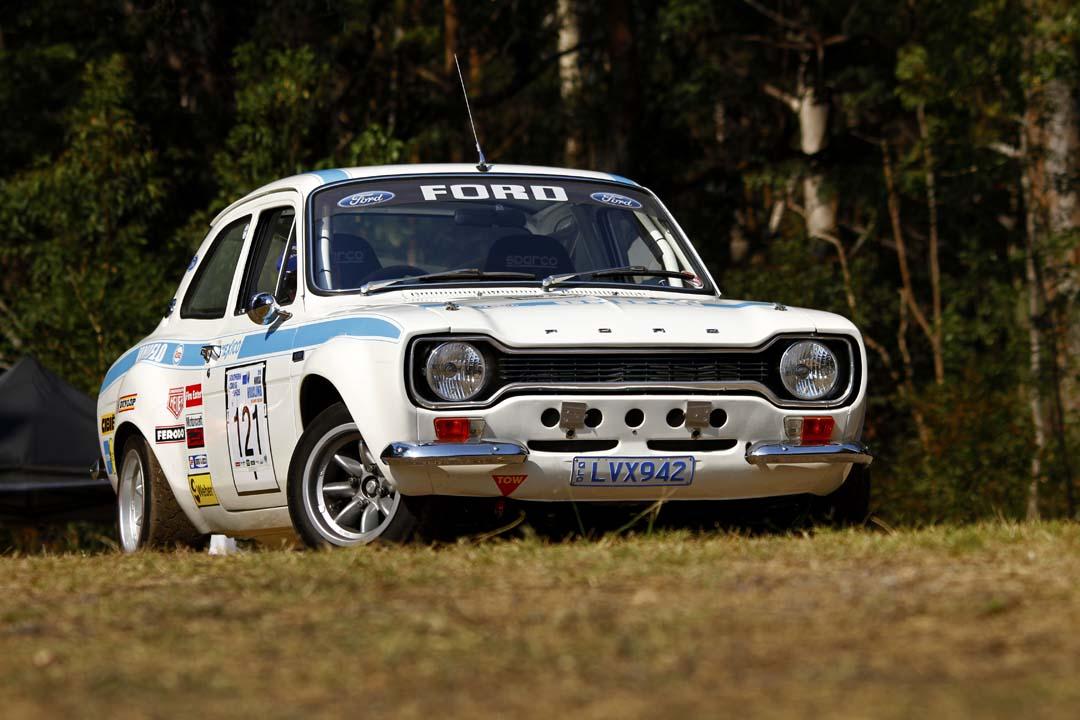 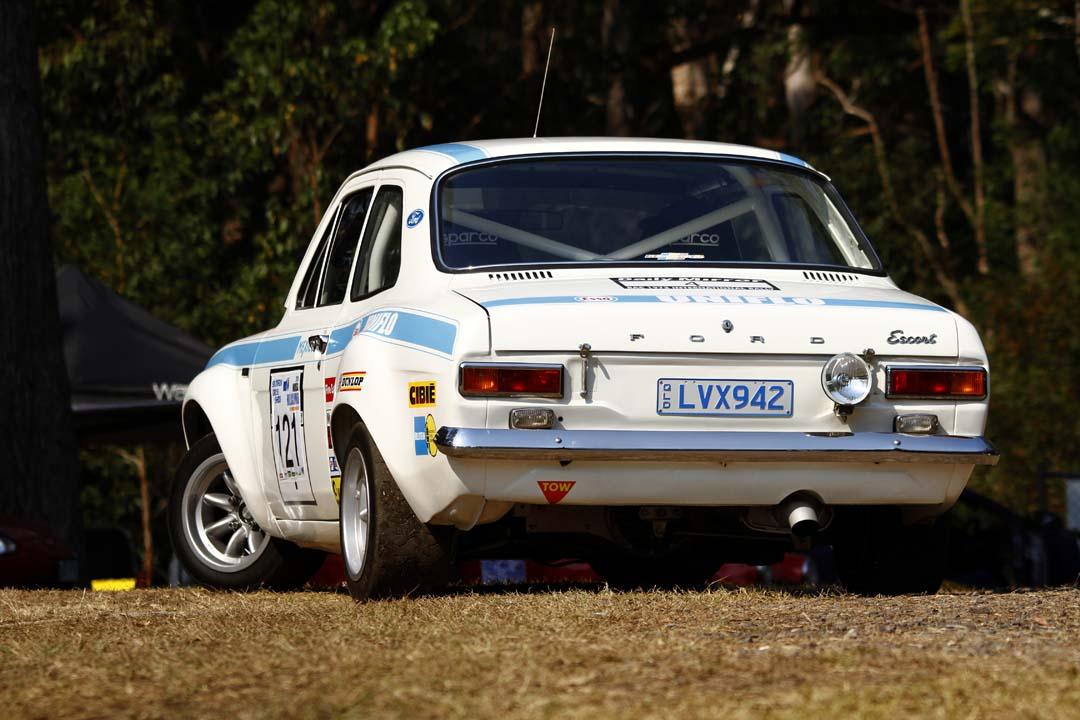 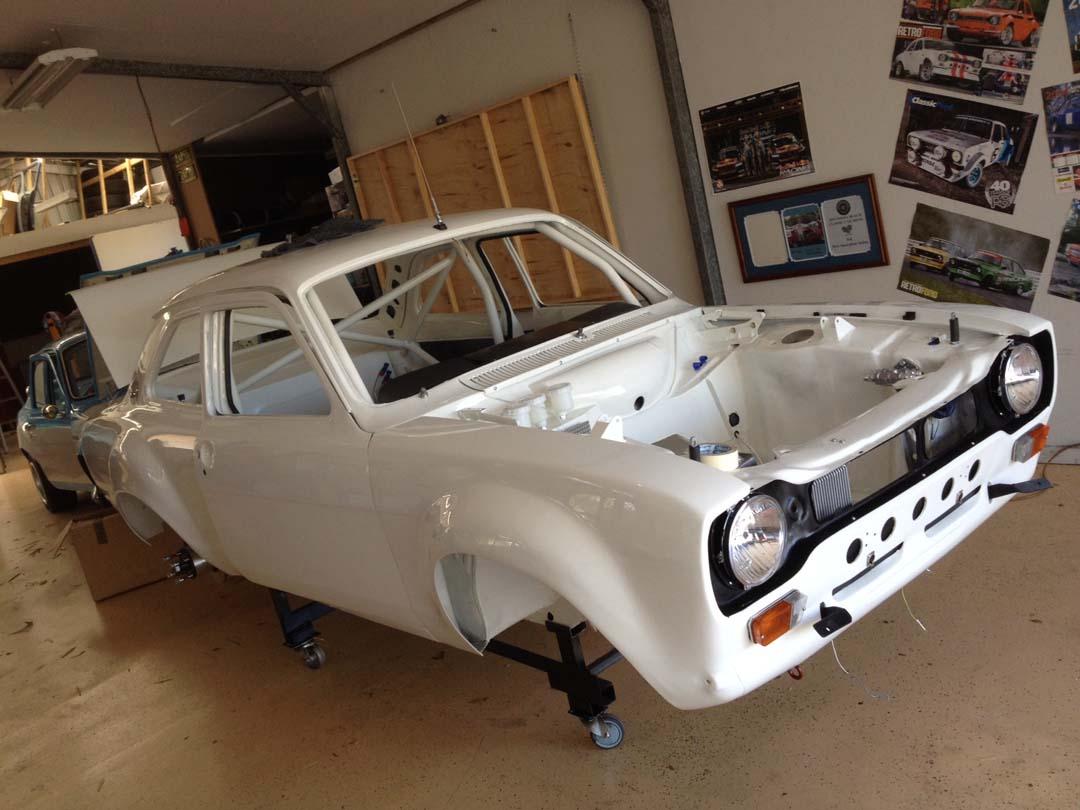 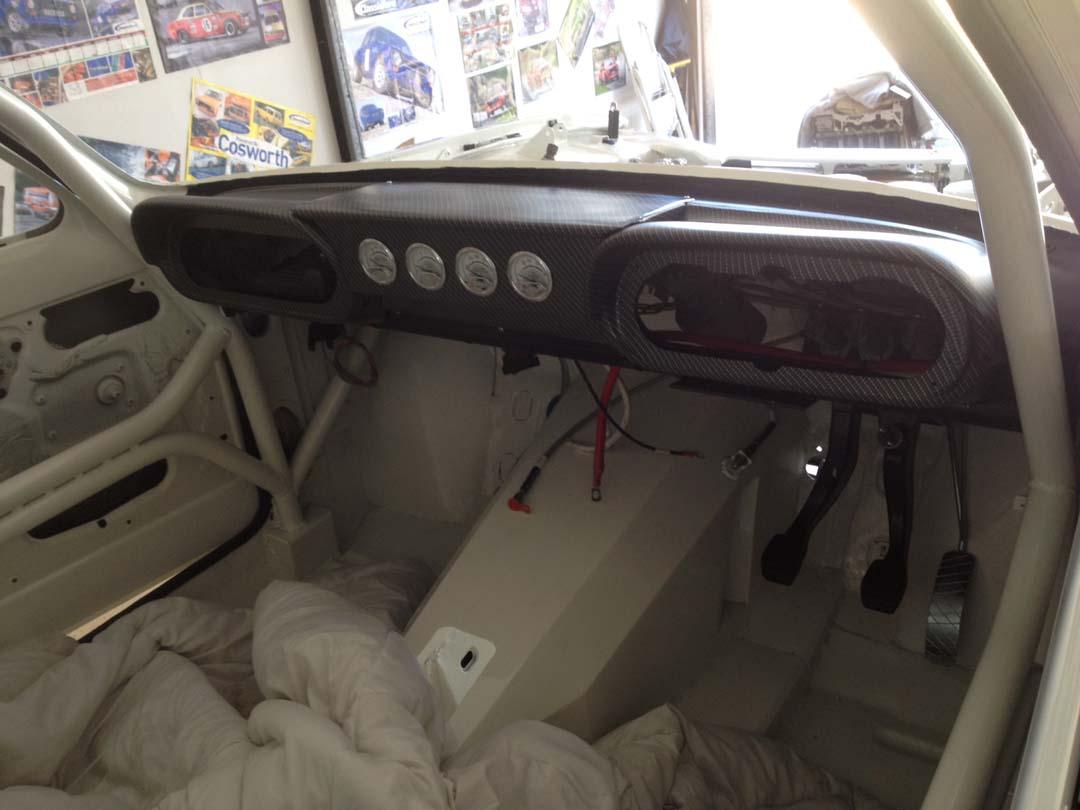 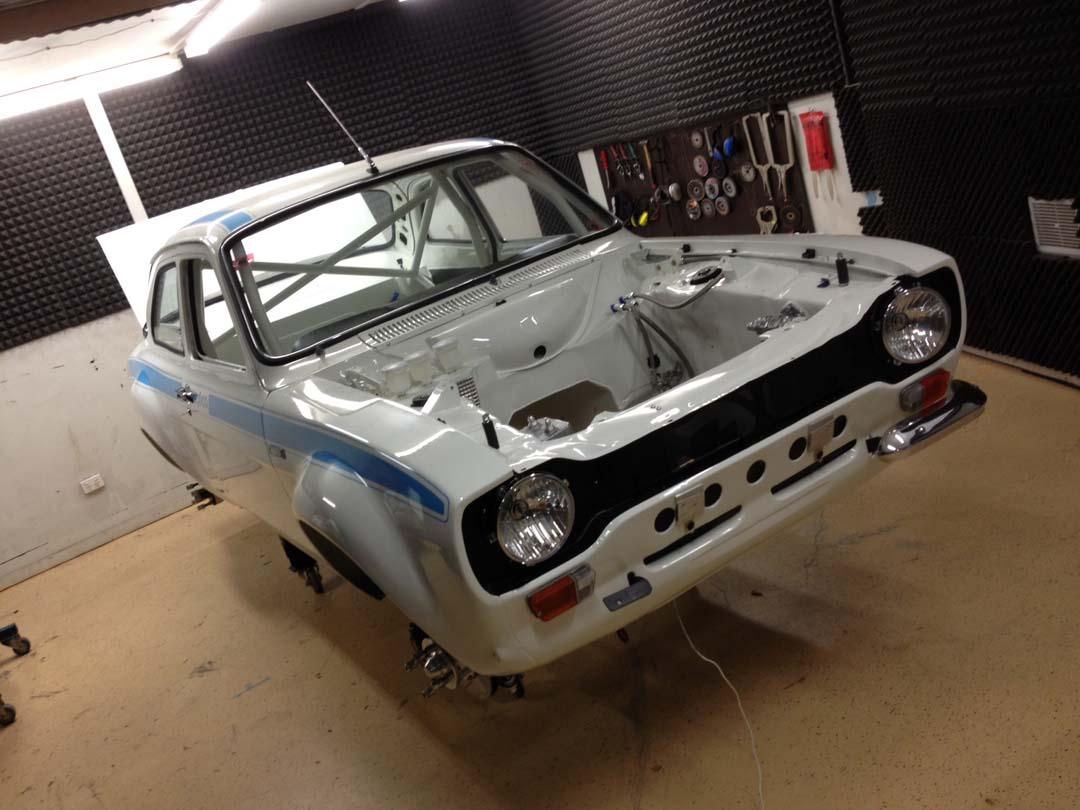 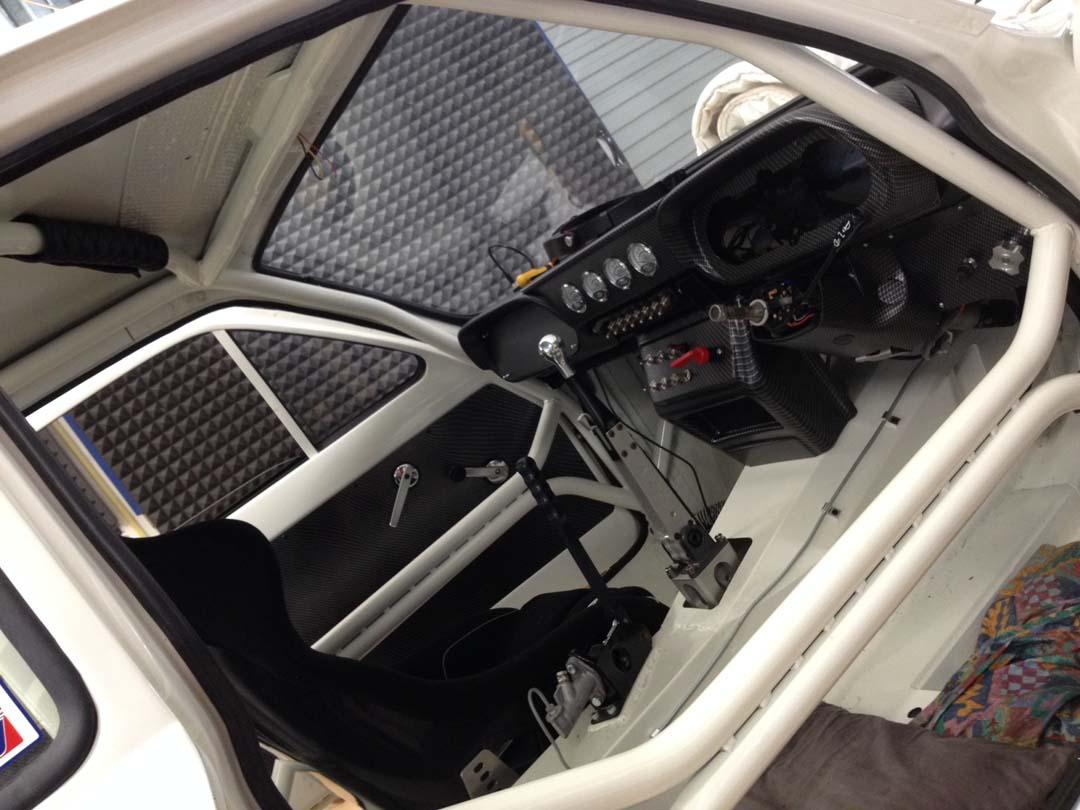 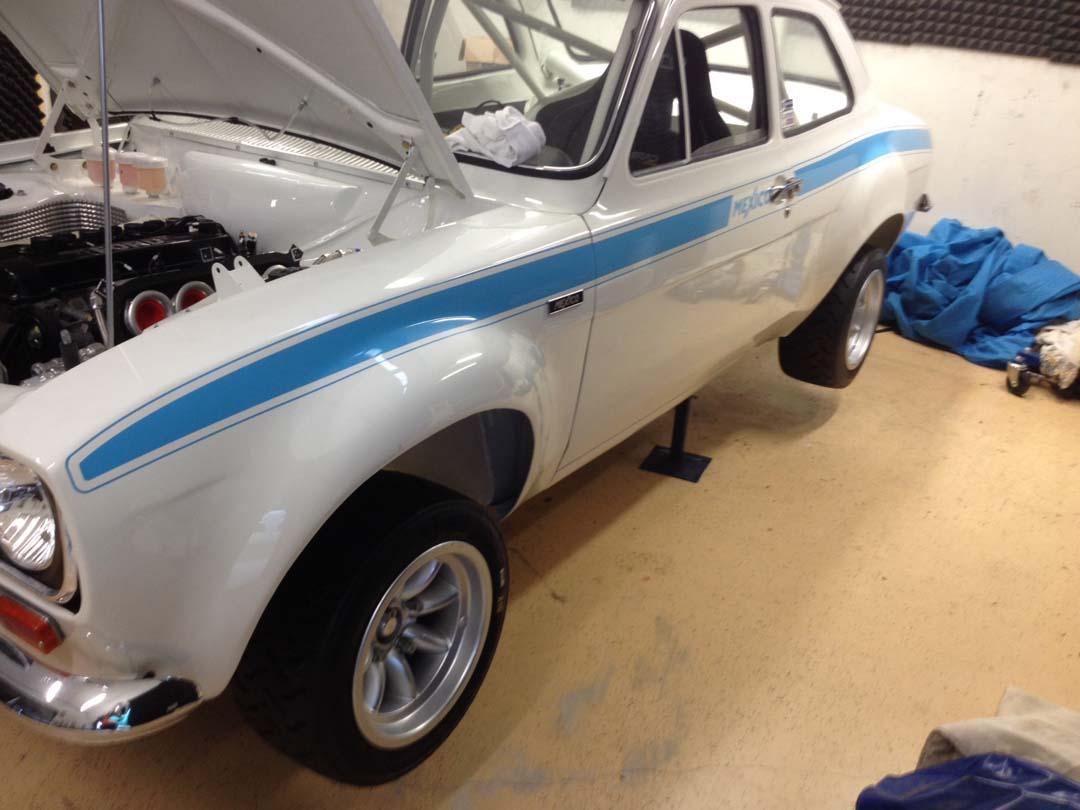 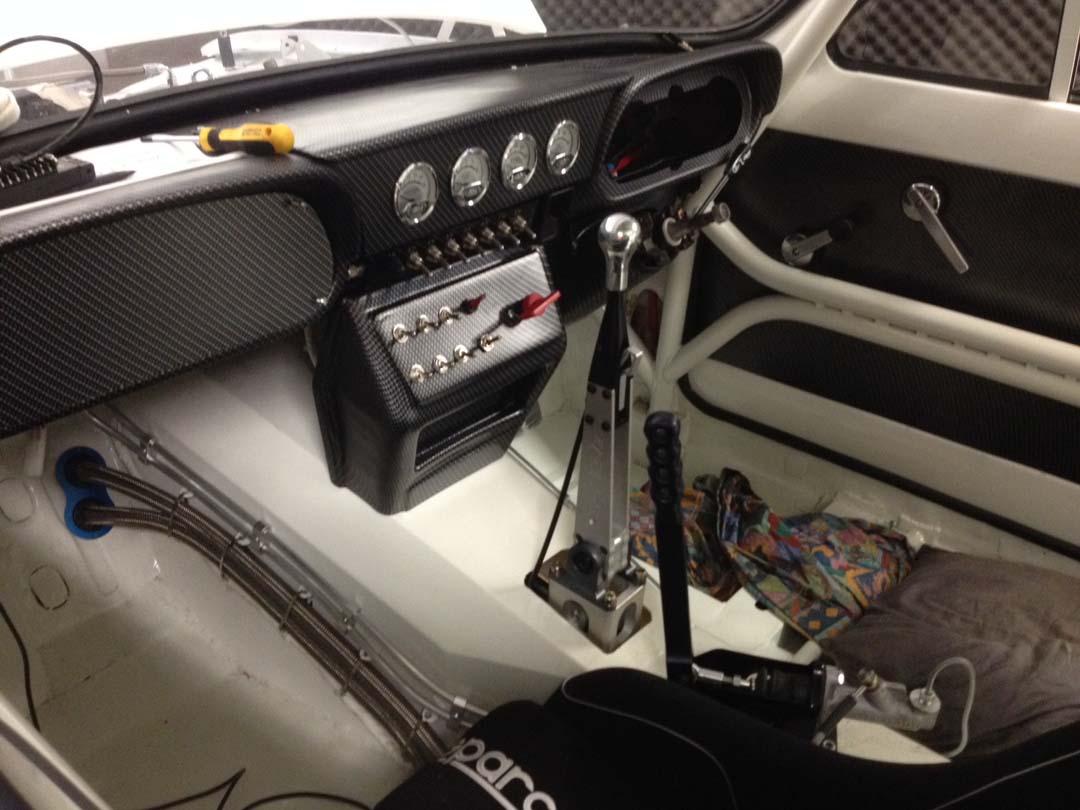 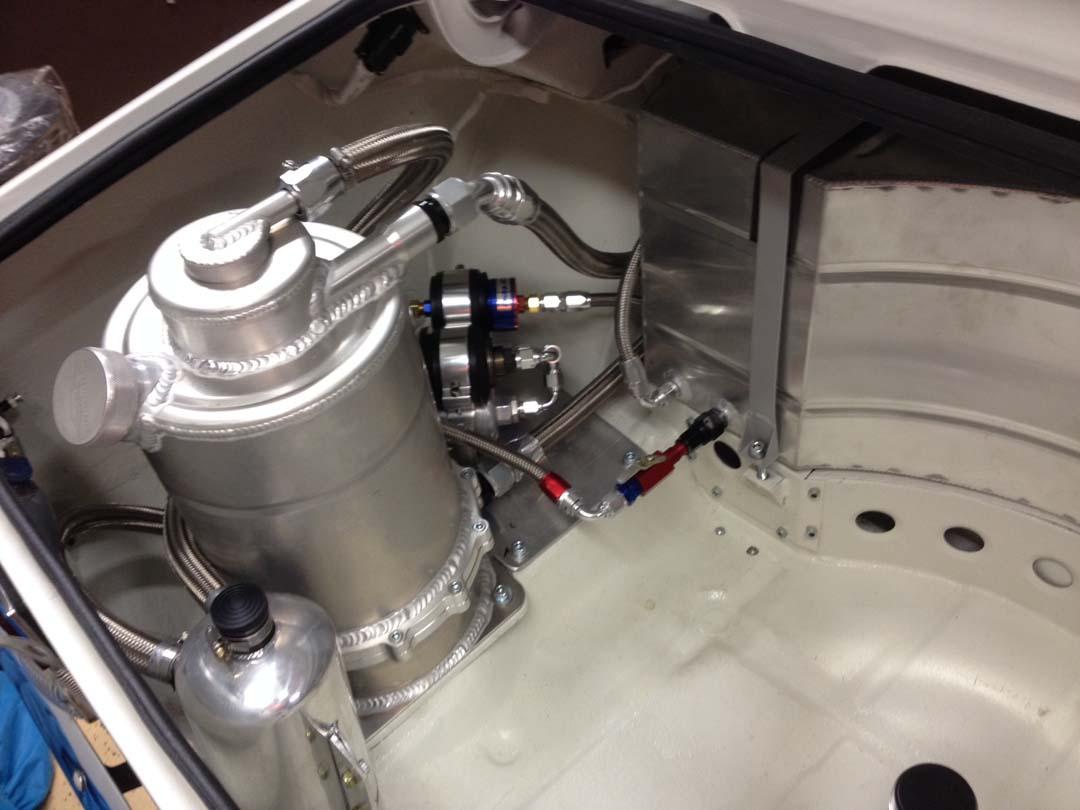