Starting as a sub-series of the Zephyr in 1940, the Continental was split off into its own model in 1941, dropped for 1949, and revived as the standalone (that is, non-Lincoln) 'Mark II' model in 1956, before being brought back into the Lincoln fold in 1959. The history of the 'Mark' series is just as confusing. Ostensibly planned as a revival of the original Continental, the super luxury 'Mark II' hardtop coupe of 1956 is one of the rarest of all post-War Lincolns. A cheaper 'Mark III' followed in 1958, available in four different body styles, before the reuniting of Lincoln and Continental in 1959. A Continental 'Mark IV' was offered in 1959, followed by a 'Mark V' in 1960. After 1960, the Marks were dropped altogether for seven years, then revived - as Mark III - on the 1968 models. Confused yet? After a lot of shuffling, the 'Mark' series had more or less sorted itself out by the 1970s.

While regular Lincoln Continentals were available as either pillared coupes or sedans, the 'Mark' models were distinguished from the other Lincoln offerings by running on a slightly shorter wheelbase and only being available as hardtop coupes. The 'Mark IV' Continental was revived in 1971, followed by the 'Mark V' in 1977. Amongst the 1979 Continental range, the Mark V hardtop coupes were undoubtedly the pick of the crop. Generally better appointed than the regular Continental coupes, Mark V's were also available in a number of special 'Designer Series' models, as well as the new-for-'79 'Collector's Series'. The Designer Series was distinguished by interiors and colours selected by leading fashion houses. In the mid 1970s, that meant Emilio Pucci, Givenchy, Bill Blass and Cartier. While the latter of this quartet was not strictly a 'fashion' label, the luxury watchmaker was inextricably linked with high fashion of the period and the wealthy, luxurious, niche market that Lincoln sought to attract.

Debuting with the 1976 models, the Designer Series was popular enough to remain a part of the Lincoln Continental lineup three years later. In 1978, a special model was made available to celebrate Ford's 75th Anniversary. For Lincoln, the anniversary meant nothing, as strictly speaking, the 75th Anniversary celebration was Ford's, not Lincoln's. Nevertheless, a 75th Anniversary 'Diamond Jubilee Edition' Continental Mark V was released, and proved popular enough to warrant the continuation of the "limited edition" theme for the following year in the form of the 'Collector's Series', which was available on both the regular Continental as well as the Mark V. The Collector's Series Mark V's carried many of the features of the Diamond Jubilee Edition, which meant just about every option that could be stuffed in. The main visual difference of the Collector's Series is the lack of an 'opera window' in the c-pillar. Special paint colours, as well as gold-coloured grille bars and coachlines, further distinguished the Collector's Series from other Continental Mark V's. Twenty exterior colours were available, all with colour co-ordinated vinyl roof trim and paint stripes.

Paint choice usually brought matching wheel inserts, and bumper and side strip inserts, too. The faux spare tyre hump on the bootlid, which had become a signature Lincoln feature, was covered in padded vinyl on the Collector's Series, with CONTINENTAL script spelt out around the perimeter. Mechanically, the 1979 Continental Mark V's were amongst the biggest, heaviest and most opulently-appointed American cars available. As such, they needed equally big engines to haul them around. The biggest engine available for 1979 was the 400 cubic inch V8, which was standard fitment for all Continentals that year. The dropping of the 460ci V8 was largely down to US Government CAFE (Corporate Average Fuel Economy) regulations which required all US auto manufacturers to meet a minimum mpg limit across their range, with heavy fines applied to anyone who exceeded it. As the big Lincolns sold in greater numbers in the late 1970s, Ford was in danger of exceeding this standard, which was set at 19mpg for 1979. Removing the 460 helped a little, but all Lincolns would go in a crash diet in 1980 in an effort to make them more fuel efficient.

This made the 1979 Continentals the last available in their size. Lincoln's main competitor, Cadillac, had already started downsizing their range a couple of years before, so the "last of the line" nature of the full-size Mark V coupes gave them an additional point of difference. Inside, the Mark V's were fitted with plush 'Kasman II Luxury Cloth' velour or optional leather and vinyl upholstery, with optional power-operated reclining seats. The dash, covered in padded leather, featured woodtone appliqué trim, while cruise control with steering wheel buttons was a popular option and fitted as standard to the Collector's Series Mark V's, as was a 'miles to empty' digital fuel gauge. The large, square gauges featured a clock on the left and speedometer/odometer on the right, separated by a gear-shift indicator for the 3-speed auto transmission. Options of note included a sunvisor-mounted garage door opener, exterior temperature gauge and fixed or power-operated glass 'moonroof'.

The only new interior options available for 1979 were an 8-track or cassette option for the AM/FM stereo. The Collector's Series featured the 8-track as standard equipment. Irrespective of whether you see it as big and stylish or fat and tasteless, there's no denying the presence of a 1979 Continental Mark V. Being the last of the "big" Lincoln coupes, the '79 models are arguably more desirable than the compact versions that followed, with the Collector's and Designer Series more collectable given their limited edition status. Most people in the market for big 1970s-era cars think of Cadillac. Understandable, but the Continental offers comparable impact, comfort and luxury. If you can live with the fuel economy and parking compromises that come with owning a car like the Mark V, it's an interesting alternative to a Cadillac or similar era big Jaguar or Mercedes.


TRIVIA:
Brochures for the 1979 Lincoln Continental Mark coupes featured none other than Tom Selleck. This was some time before his 'Magnum PI' days, but the signature moustache was already there!

A feature of the Mark V Continentals was the special "Moondust Metallic" paint. For 1979, ten different shades were available. Midnight Blue Moondust Metallic was exclusive to the Collector's Series, as well as the most popular, followed by white. Midway through the 1979 model year, two more colours - silver and Diamond Blue - were added for the Collector's Series mark V. Less than 200 each of the latter two colours were built, making them very rare today. 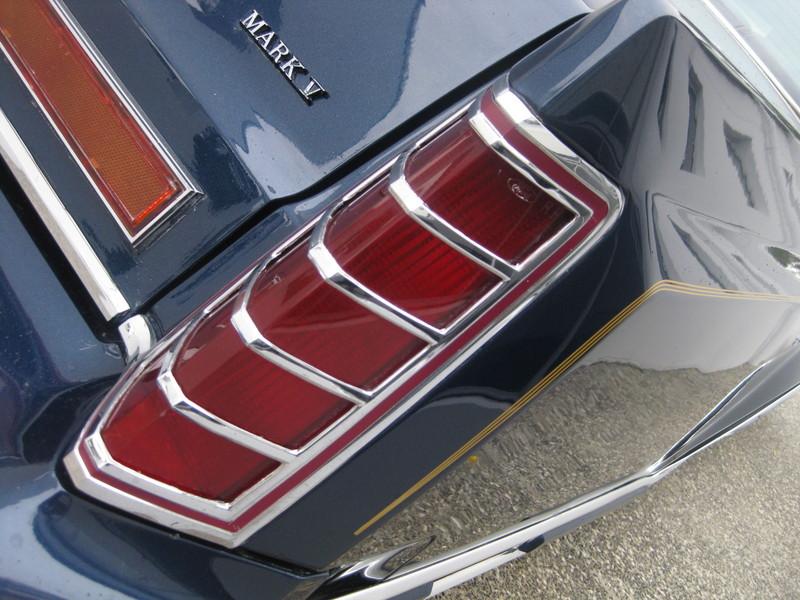 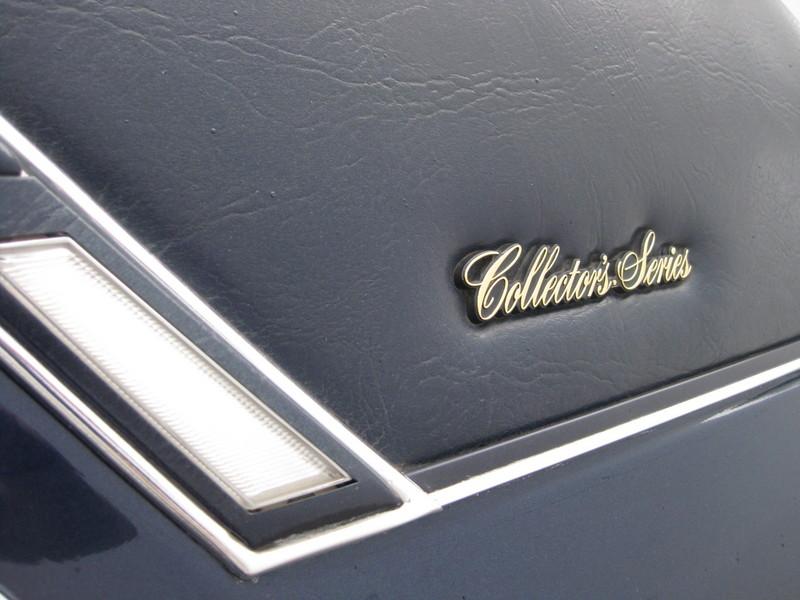 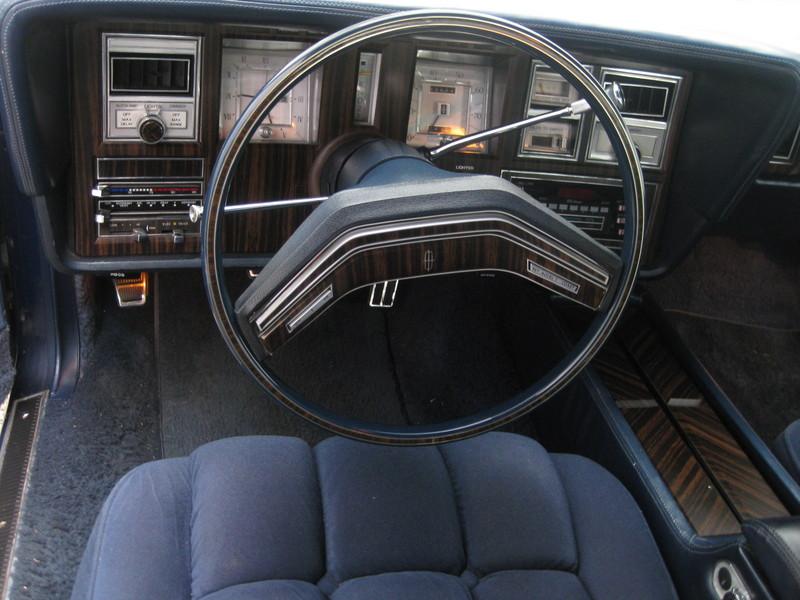 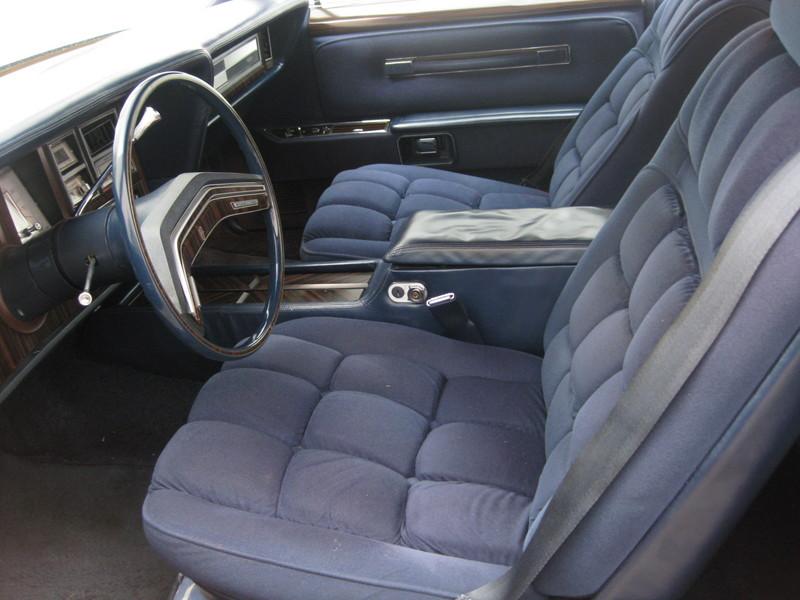 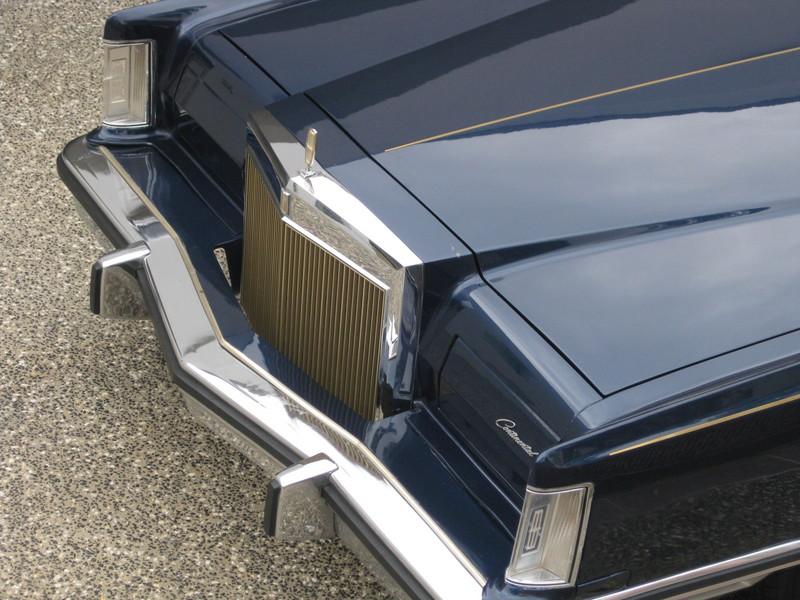 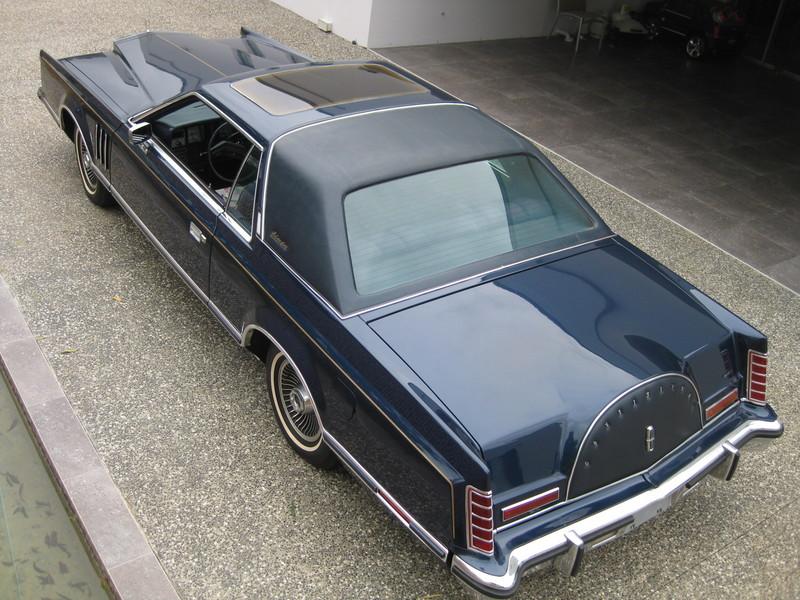 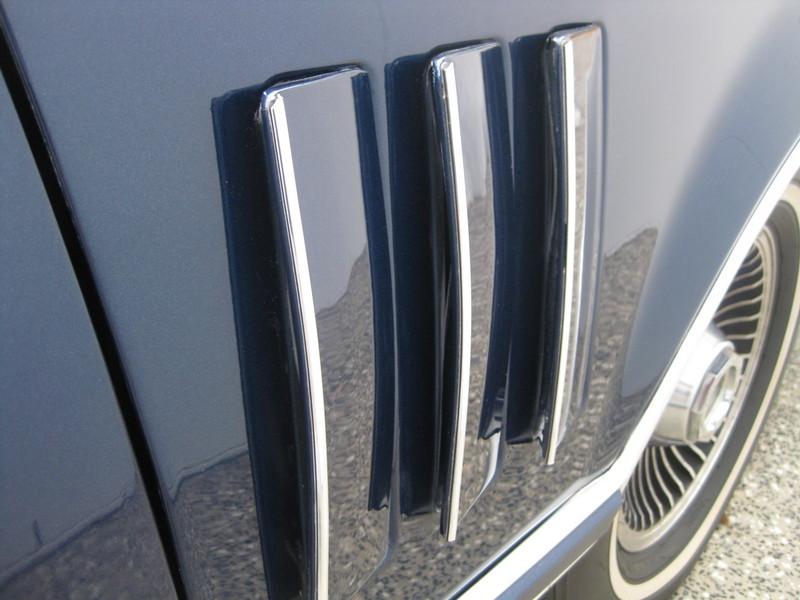