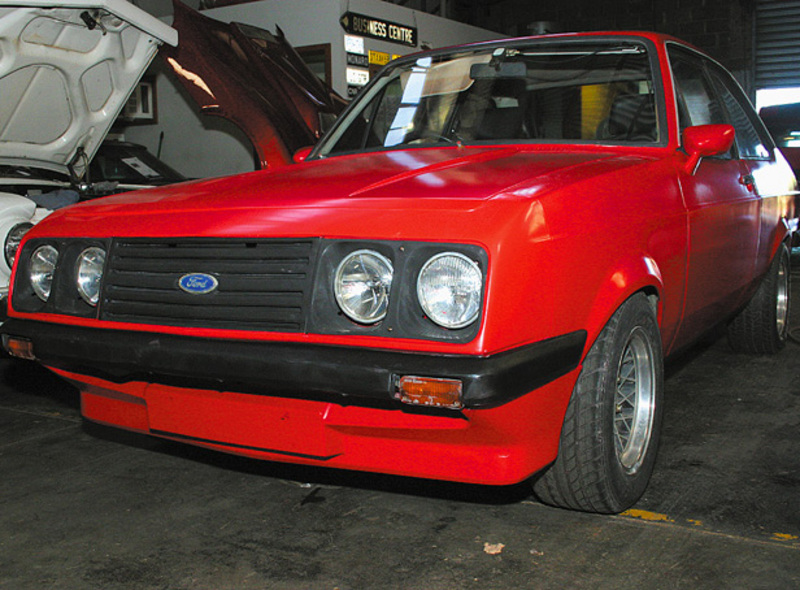 So, I typed in Google and got 1.5 million hits to do with eye protection devices. Ooops, must have typed in 'Goggle'.
Then I gave 'Escort' a go. Well, that was a shock for the system. There was something about a motorcar at hit number 3656 but the proceeding 3655 all seemed to be connected to ladies offering a good time, and all I had to do was send my Visa card number.
Actually I did come across things other than you-know-what. Escort was also a cigarette brand, which probably meant it gave you cancer and eventually you might die. It was also a naval vessel that fought in wars, got sunk and, if you happened to be a sailor, you died from that as well.

Then I read that Ford spent $3.4 million to come up with the name Escort. Now there was $3.4 million well spent! |
I can just hear the focus group:Leader - "Now draw a picture of the first thing that comes into your mind when I say the word Escort". Me (if I'd been on the mid Sixties focus group - and who's to say I wasn't) - I draw this picture of a sailor, smoking in bed with a lady of the night and saying "Ah - I'd give anything for an Escort called Brenda".

I'll explain that in case you think I've gone mad (I have, but that was several years ago and I've got a certificate to prove it!).
No, the 'Brenda' name was actually the internal Ford name used to codify the MkII Escort. I'd have called it Madam Lash, but no one asked me.

Then again, maybe Brenda was the right name. Now I'd like all Brendas, relatives and friends of Brendas and anyone thinking of naming their off-spring Brenda to stop reading right here. 'Cos whereas a Madam Lash would have been chic, gaudy and rather vulgar, to me Brendas are, well, a bit on the plain side and fairly boring most of the time.

And that of course is what the MkII Escort was. After the curvaceous beauty of the MkI, I can never quite understand how Ford came up with the plain Jane (sorry, plain Brenda) that was the MkII. After all, they didn't spend a lot of time on things other than the body. The chassis and engines were largely a carry over from the Mk1. McPherson strut front-end, live axle rear, rack and pinion steering and a range of OHV Kent engines.

But, to be fair, the RS versions were a bit more interesting. The potentially hot one was the RS1800. This came with the 16 valve BDA engine and was really little more than an homologation special and as such most were given a quick up-spec for race or rally use.
Then there was the RS Mexico that was more pose than go. It shared a body with the RS 1800 but the 1600cc Pinto engine was nothing special and less than a couple of thousand were sold.

Much more popular was the RS 2000 with over 25,000 being produced between 1976-1980. Again, the same body, but this time with a sloping nose and a bigger 1993cc Pinto engine. Good performance, nice handling, a tweak or two and this was everything the weekend rallyist lusted after (apart from Madam Lash, but that's neither here nor there).

By today's standards, the disc/drum brakes might require a bit of caution but the front engine/rear drive combination means that tail out cornering is an easy option while repairs will always be simple and affordable. Australian assembled RS 2000's differ in a few ways from their European counterparts. Most notably, power output was reduced by 15% in order to meet emission limits (yes, even then!). This was achieved by modifying the car's ignition timing and valve timing. A knowledgeable tuning firm can easily recover the lost bhp (& more) if that's your wish.

It's a shame that Australian cars came with Scheel seats, because the European Recaros came with "fishnet" rather than solid headrests and just imagine how fishnets could have been worked into this story! I also prefer the European 4 spoke wheels to the Globe Volante's fitted here but others might think differently.

Alone in the world, Australian buyers had the option of buying a 4 door RS 2000, but most were sold as the 2 door similar to the one for sale at Bennetts.

So, if you are a club rally enthusiast with a fetish for the Seventies, this is an opportunity to live your dream. You will need to allow a few thousand for a nice restoration, but then you will be ready to rock and roll.
Trevor West

Price: $6,500 reserve guide
0-100 kph: About 8.5 seconds
Best point: Best production RS model
Worst point: What a long nose you've got
Recommendation: Affordable classic club car
Trivia:The aerodynamic numbers for the standard Mk II Escorts were 5% worse than for the Mk I. What's a bigger worry is that they were worse than the Ford Popular! The good news is that the long nose and tail job on the Mk II RS2000 improved the CD figure by 16% - not as slippery as a Dino, but better than a house brick. 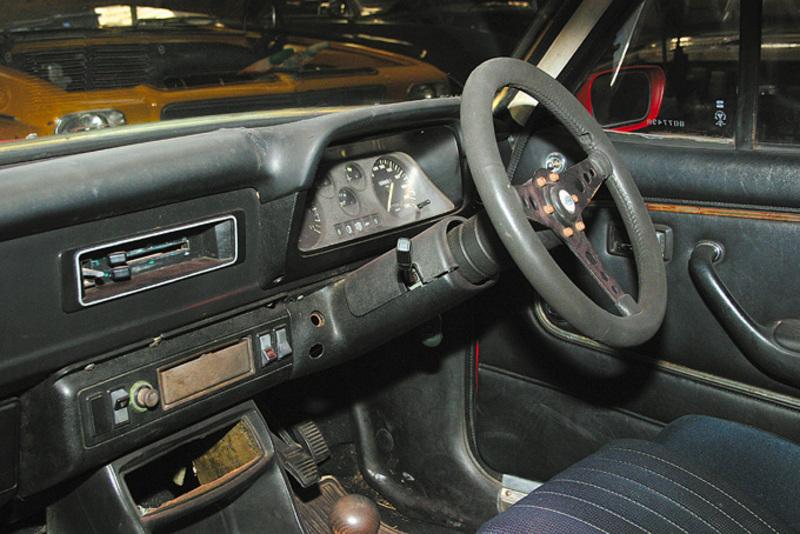 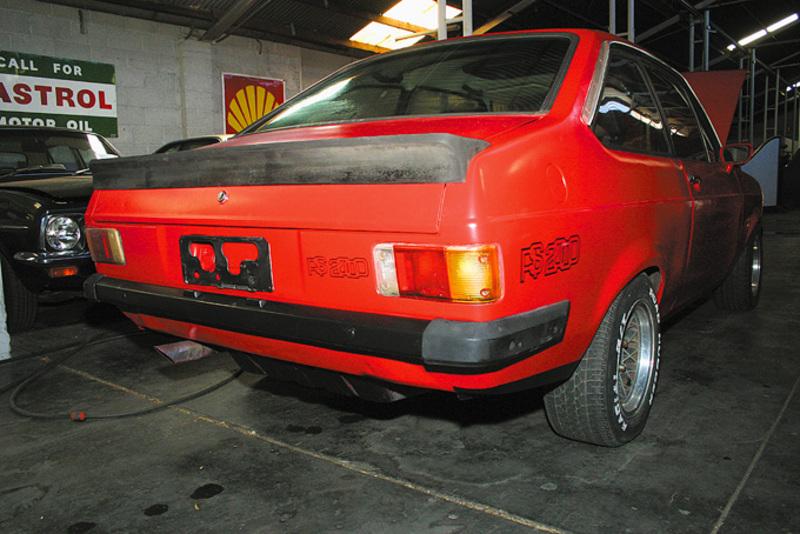