Though the appearance remained largely unchanged there were many significant improvements under the skin, including engine and transmission upgrades. Holden comprehensively upgraded the 3.8-litre V6 engine to make it smoother and quieter. All major components in the V6 engine were upgraded. It benefited from low friction technology and included a new cylinder block design, lightweight, high compression pistons, lighter cylinder heads, new Bosch throttle body and sequential fuel injection. Complementing these changes, the re-engineered automatic transmission had its computing power doubled and revised shift changes improved throttle response and fuel efficiency.

In line with the terminology used by GM Europe, the new Holden engine was named ECOTEC, for Emissions and Consumption Optimisation through TEChnology. Maximum power was increased by 17kW to 147kW at 5200rpm. The VS Commodore introduced dual airbags for the first time on an Australian-built car. These were standard in the Commodore Acclaim and Calais and optional in all other models. Security, already among the best, was further improved. The remote door-locking control could be used to unlock the driver's door only, to prevent unwanted entry by intruders at other doors.

Changes to the exterior appearance were minimal because Holden had done a complete revamp of the body with the introduction of the VR Commodore in August 1993.
External upgrades on the VS were confined to added bright work within the twin grille slots, the new look Holden Lion symbol on its bonnet and ECOTEC V6 badges on the front guards, along with the option of several new paint colours. Interior changes were more substantial with raised levels of trim and new colour schemes. The VS Commodore was upgraded with the release of the Series II in June 1996. This brought a new five-speed Getrag manual transmission for ECOTEC V6 models and a more refined V8. September 1996 saw the introduction of a supercharged version of the 3.8-litre V6 engine. Optional on Calais, Statesman and Caprice, the new engine boosted the power of the V6 to 165kW. 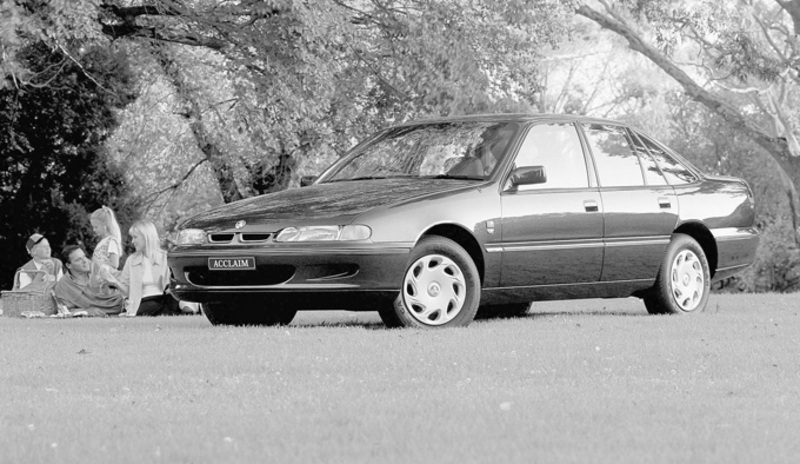