The second-generation Mazda MX-5 was a huge improvement on the original, and is widely considered to be one of the best. It’s now as cheap as chips.

But, thankfully, the fourth-generation MX-5 reverted back to the original formula. And that leaves the used car market in a good place: the second generation MX-5, which had improved nearly everything on the first generation, is as cheap as chips. Possibly as cheap as it will ever get.

The MX-5 is often compared to older British roadsters, but unlike them it’s newer and more comfortable, and the engine is commonly referred to as bulletproof. As a driver’s car, the MX-5 excels, with a featherweight 1026 kg chassis that feels completely connected to the driver and wonderfully sharp steering from a not-too over strung front end. It also stops well thanks to four-wheel disc brakes. 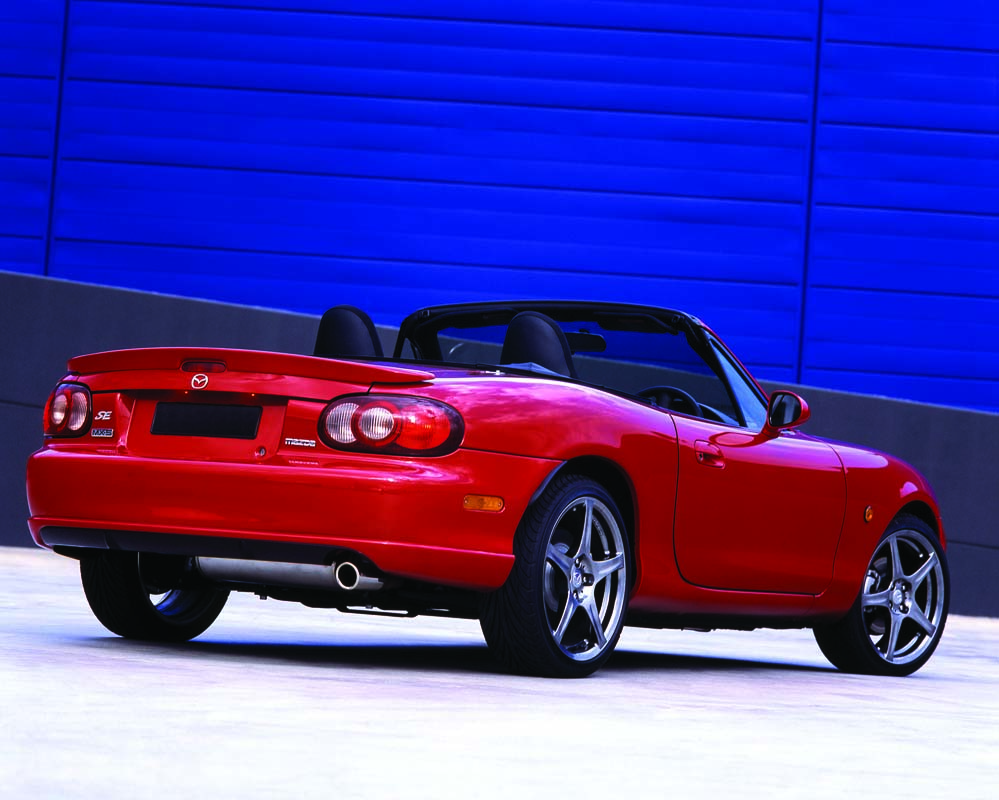 The second-generation MX5 is easily distinguishable from the first - the NA has pop-up lights and the NB doesn’t. The NB is also a little longer and a little sharper in design. Gone is the ostensibly feminine lines and image of the original, replaced by the more muscular image of the MX-5 NB. The manually-collapsable roof was redesigned too and features a glass rear window to prevent fogging and a wind deflector to minimise noise in the cabin.

The boffins at Mazda’s engineering department also cracked the head off the old 1.8-litre four-cylinder engine and threw on a less asthmatic design with variable intake timing. A much needed power boost, it produces 108kW at 6500rpm and 165Nm at 4500. The 2001-2005 models power went up even more, and produce 113kW and 181Nm. But this isn’t the most potent MX-5 NB.

In 2002 Mazda released a limited edition SP model, which features a turbocharged version of the 1.8-litre engine and produces 157kW at 6800rpm. Only 100 of these reached Australia and it’s the most expensive MX-5 NB model on the used car market.

In between the two models is the SE edition released in 2004. It also features a turbocharged 1.8-litre engine but power is a more modest 121kW and 206Nm. The SE edition also has improved suspension parts, bigger roll bar and a quicker steering rack. 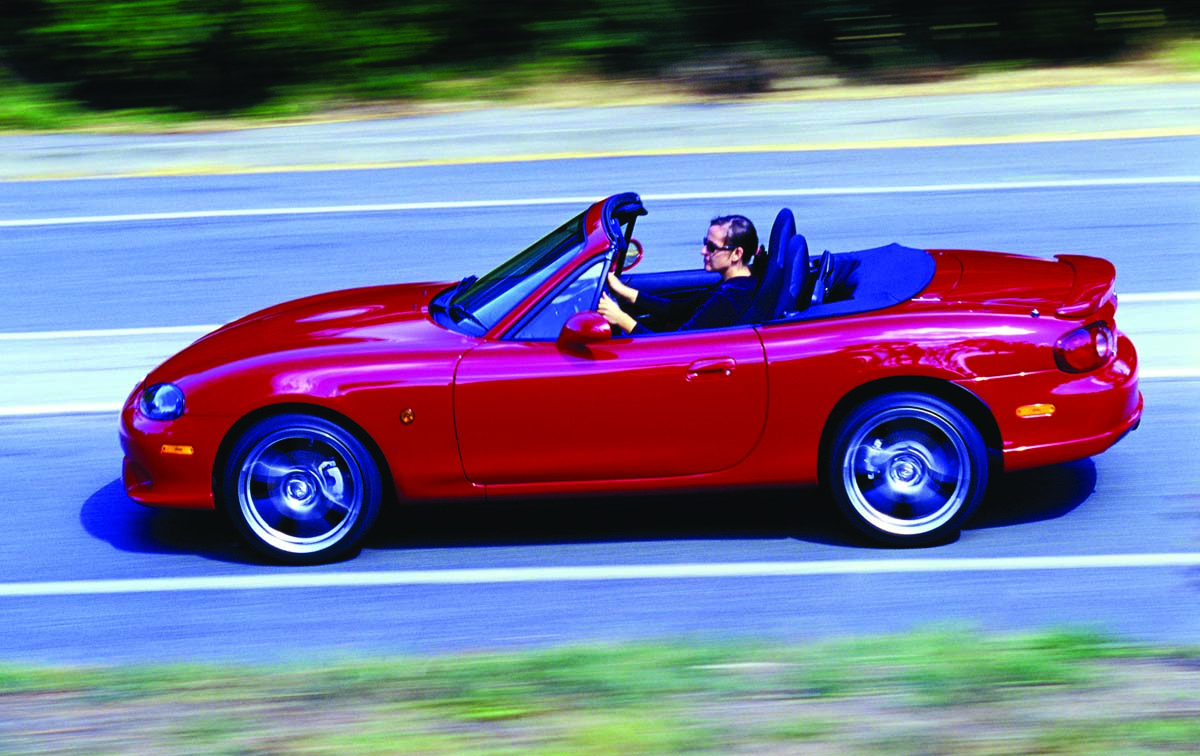 Power in all models is delivered to the rear-wheels by either a manual or automatic transmission. The original five-speed ‘box was replaced with a six-speed in 2001 and the newer transmission doesn’t feel as nice through the gate and is slighter shorter geared. However both have a short throw and will provide no-end of fun over the automatic transmission, which shouldn’t be an option unless you absolutely have to have one

There’s more differences after 2001 too; the seats are nicer, the wheels grew from 15-inch to 16-inch alloys and the brakes are bigger with ABS. All models get the same standard kit though - air-conditioning, CD player, electric windows, central locking and a folding roof. And no traction control.

If you haven’t driven one and you think you should, you’ll probably love it. And as it's so cheap you should probably pick one up, but there’s a couple of things to look out for.

What to look out for

You can expect very few issues from the NB MX-5 and it’s not unusual to get over 300,000kms from an engine without a drama. The turbocharged version will be more highly stressed however and the turbocharger will require rebuilding well before then. A telltale sign the turbo is on it’s way out is blue-black smoke exiting the exhaust when revving under load. It could also mean the rings are worn, so get a mechanic to have a closer look. 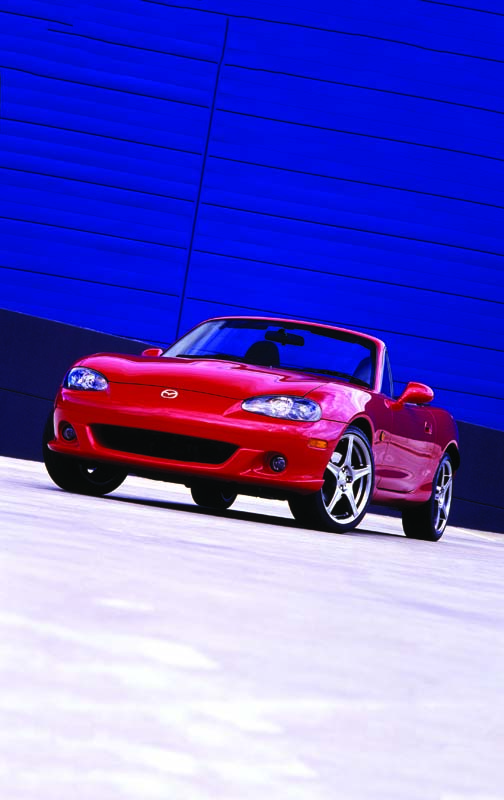 The cooling system is a weak point and the original plastic end-tanks will slowly fatigue and crack from high engine temperatures. If it’s still fitted it’s a good idea to replace it with an aluminum unit, but if there’s any coolant leaking replacement will be a priority.

The collapsable roof can let water in and will leak unless the rubber seals have been replaced. This can be tested by inspecting the rubber seal and sprinkling a hose over the car to check for leaks. While inspecting the body also check the paint for fading and cracking and that all panels are straight.

Most important is finding out what kind of life the car has lead - the MX-5 has a cult following and track use is not uncommon. If the car has been on the track regularly it might be best to avoid it and find a lesser stressed vehicle. If the history is hard to obtain look for where a roll cage may have been fitted, including holes around the floor pan and holes in the dash, and other equipment such as a fire extinguisher or bonnet tie downs. If in doubt keep looking, there’s plenty out there.

An MX-5 in good condition and looked after will provide years of fun and stress free servicing. It’s also a great car to learn to get your hands dirty and DIY. And if anything does go wrong, parts and engines are cheap and plentiful. 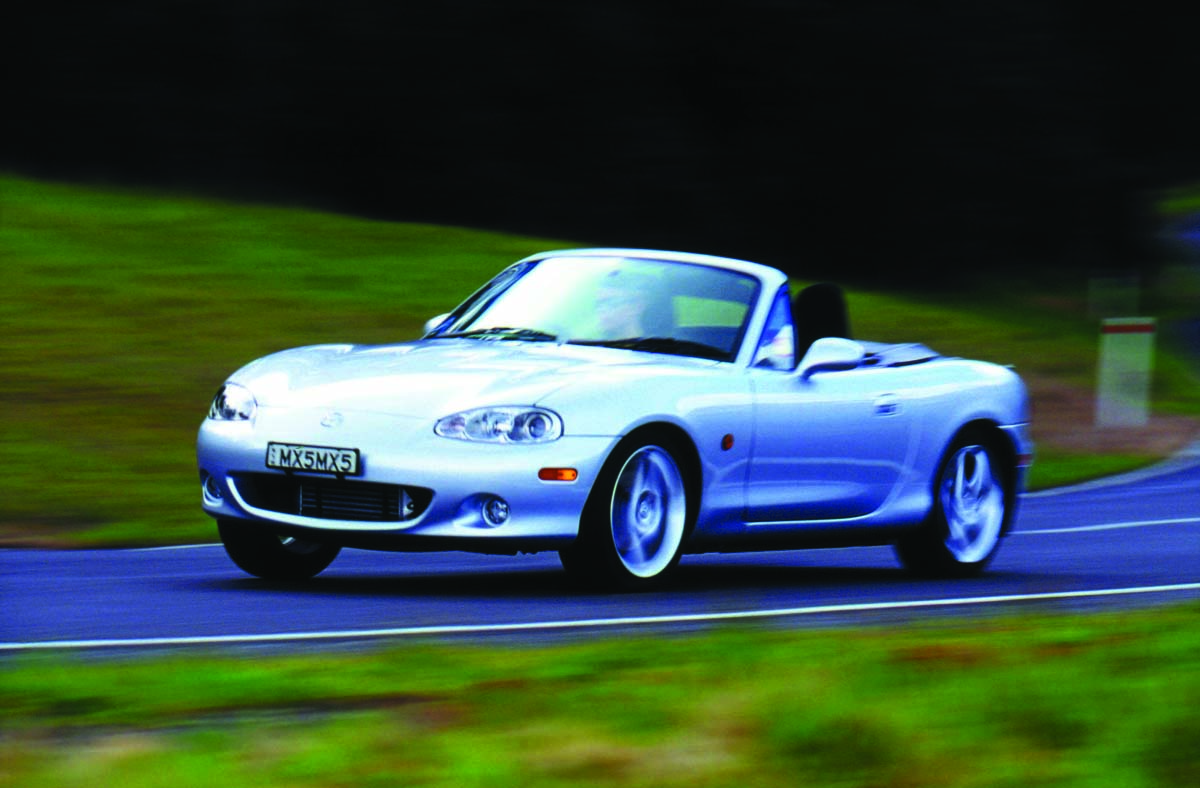