Aussie heroes:
Few who were present at the 1998 Sydney Motor Show can forget the collective gasp that went up when Holden revealed the Commodore coupe that was - thanks to overwhelming consumer demand - to transform into the new Monaro muscle car. A few years later there was the curvaceous Holden Effy - a monster of a concept that celebrated the FJ Holden. Like it or not some of the most magical moments at Australian motor shows have been courtesy of Holden and Ford. So what did 2011 reveal? Unfortunately in this era of political correctness, green and clean, and the trend of downsizing, the offerings from the red and blue corners were predicably pedestrian. Holden revealed the Cruze coupe, the upcoming Barina and Ford the equally correct Focus. Yes a big tick for conservative well engineered and fuel sensible cars, but if you were looking for good old fashion grunt and excitement you were in for a disappointment.
Well not quite…

Enter the FPV "all black" concept:
Based on the FPV GT, the all black, is well, all black. It looks sharp, sinister and certainly mean, aggressive and ready to rock! Powered by the supercharged Boss 5.0-litre V8 engine, the all black is finished in menacing Silhouette black paintwork, the FPV concept features a unique matt finish stripe package on the bonnet, rear wing and bodysides, a paint treatment that is also carried over to the rear diffuser. Up front, large brake ducts are incorporated into the modified front facia, black framing has been used to enhance the rear light graphics treatment, and the vehicle carries a unique black GT badging. The vehicle sits on 19-inch lightweight one-piece forged alloy rims, finished in black of course, which are 8.0 inches wide at the front and 9.5 inches wide at the rear, and all shod with special Dunlop SP Sportmaxx GT tyres.

Underneath there's a track-tuned suspension specification and a full stainless steel high-flow twin exhaust system finished with quad black tips. The performance brake package includes larger six-piston brake calipers up front and four-piston brake calipers at the rear, which are also both finished in black. Inside, the all-black theme continues with black leather trim throughout and an all-black dash treatment that includes the interior command centre. As FPV boss Rod Barrett summed up, "we wanted to demonstrate the possibilities, explore the future and gauge public opinion to assist us with the evolution of FPV product."

HSV Black edition:
Holden Special Vehicles also took the dark approach with their Black Edition models. Based on the E Series 3 range launched last September, the SV Black Edition is available in ClubSport R8, Maloo R8 and ClubSport R8 Tourer guise. The "darkness" of this limited edition starts with the exterior, with matte black paintouts on the front and sides combining with the "Vector" hood scoops and side vents to immediately communicate a sinister edge. There are 20-inch forged wheels and HSV's familiar 317kW, 6.2-litre LS3 Gen 4 V8 powerplant. The interior features a unique finish on the console, instrument panel and steering wheel while special edition sill plates, Onyx leather trim, matte black badging and a subtle lip spoiler on the ClubSport R8 complete the package. A unique build plate is also fitted to every vehicle to identify membership to this very exclusive range. The Black Edition adds $4000 over the standard prices, with HSV claiming for this you receive $7000 of extra value. The Black Edition Clubsport is priced at $71,9990(+ORCs) while the Maloo version is $67,990 and the Tourer $72,990. Local production will see just 100 ClubSport R8s, and Maloo R8s and 25 ClubSport R8 Tourers.

Mad Max Interceptor:
It's not exactly Mad Max revisited, but the design team at Ford have given it a pretty good shot. The idea behind the concepts was to showcase the automotive design process and talent of Australia, and what more imaginative project than to design a 21st Century Mad Max Interceptor. All employees of Ford Australia's Research Centre were behind the after-hours project, led by chief designer passenger cars Asia, Pacific and Africa, Todd Willing. The result - two 40 percent-size clay models weighing around 130kg are finished to the highest levels, with detailing and trim highlights. The two competing concepts - by designers Nima Nourian and Simon Brook - are worthy adversaries that are limitless in their imagination, technology and weaponry.

Both cars use industrial strength weaponry like "tasers" mounted in the front of the cars to zap bad guys on bikes straight off the road. Other futuristic movie features include a titanium-lined body shell to interrupt police scanners and wheels with extendable spikes to shred enemy vehicles. Planning has started to film the new Mad Max instalment, tentatively called Mad Max 4: Fury Road. Showgoers have the opportunity to vote for their favourite concept. The original movie starred Mel Gibson and a jet black 1973 XB Falcon GT coupe-based Interceptor. 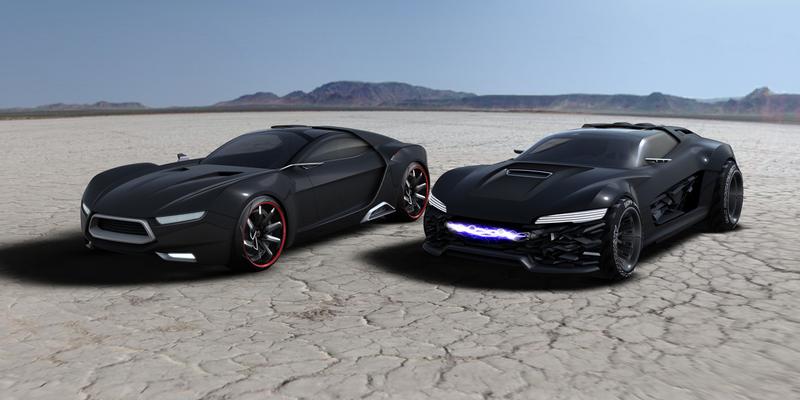 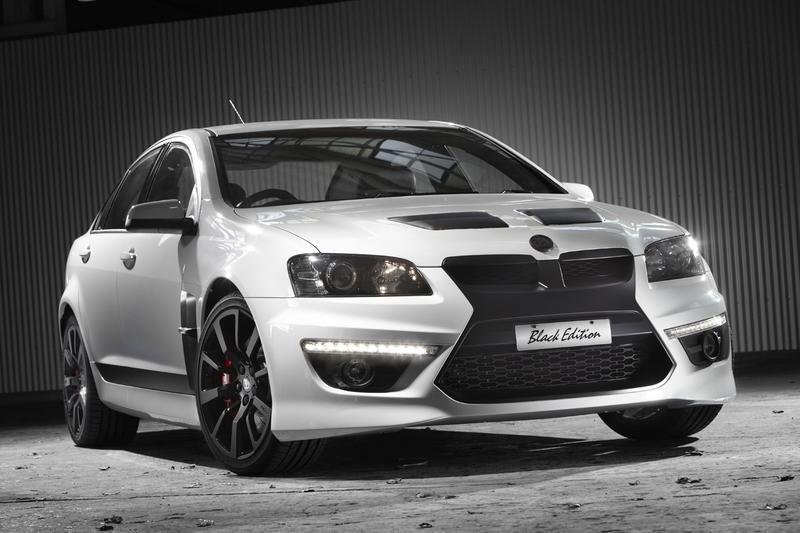