... the Anglia was also assembled at the Ford plant in Geelong. The local plant was building bodies for the imported chassis and engines, which reached first Australia in 1939.

The Ford Anglia was closely related to the Ford Prefect and later the Ford Popular. The Anglia was produced in four models over a lifespan of 28 years. The first Anglia, the E04A was launched in 1939, and was basically a face lifted version of the Ford Y7, a simple and austere vehicle aimed at the working classes. There were few features and most were painted black. The model was available in standard and deluxe variants, with the latter offering better instrumentation. Suspension consisted of harsh transverse leaf springs, at front and rear.
The 1949 model E494A saw the original gain a moderate makeover, with a sloped radiator grille, yet still remained a very basic outfit. Australian ingenuity saw local bodies fabricated in Geelong, with a unique Australian 2-door tourer and a utility offered. The Tourer was promoted as accommodating four, and delivering 45-50 mpg performance.

The Anglia 100E was introduced in 1953 as a 2-door sedan, while a similar car was sold as a 4-door Prefect. Seats were trimmed in PVC. A speedo, fuel gauge and ammeter were assembled in a cluster around the steering column and the gear change was floor mounted. Heater and radio were optional extras. The 100E was a completely new car, while the old model Anglia was sold as the 103E Popular. The 100E was still powered by an antiquated, 36bhp side valve engine matched to a three speed transmission. The quaint vacuum operated windscreen wipers were also retained, although they were notorious for slowing down when driving up steep hills, or when trying to overtake. The suspension was greatly improved with MacPherson struts, anti-roll bar and semi elliptic leaf springs at the rear. A rare option for 1957/58 was Newton drive clutchless gear change.

The final model Anglia, the 105E was launched in 1959 and is the most sought after of all Anglias. It had a backward slanted rear window, flat roofline and tail fins. It also had a new engine - a 997cc overhead four, linked to a four-speed gearbox. And yes it received electric windscreen wipers. The suspension from the previous model was retained. The old Anglia 100E became the 100E Popular and the Prefect body shell remained available as the new Ford Prefect 107E. 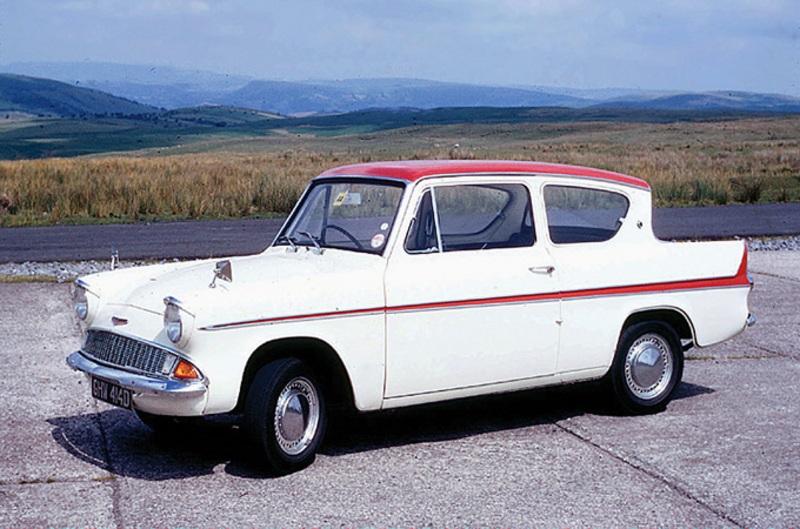 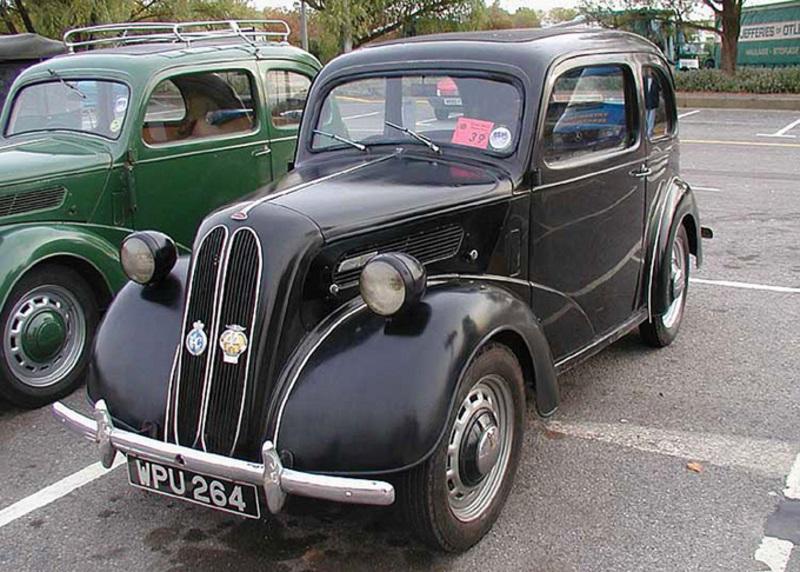