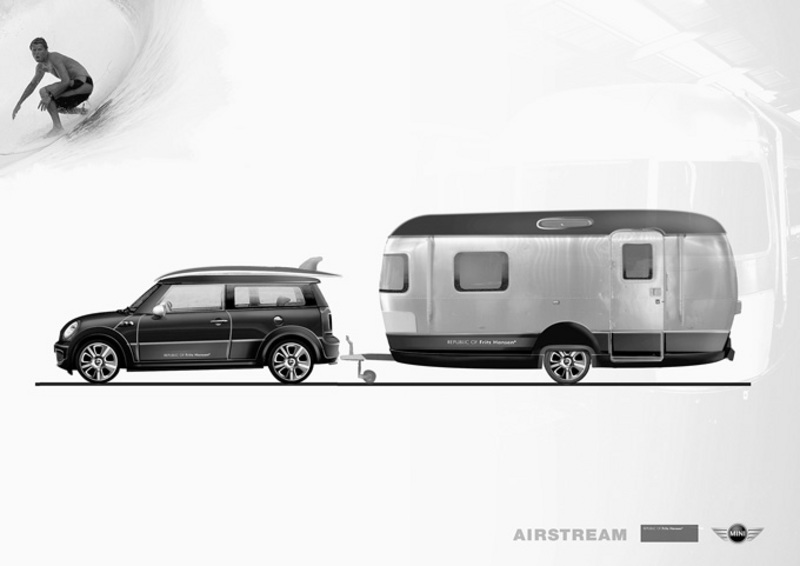 Designed by Fritz Hansen, a Copenhagen based premium furniture brand known for its minimalist and functional design, no details were spared when it came to designing the interior of the MINI Cooper S Clubman and Airstream trailer. Drawing inspiration from the outdoor lifestyle of surfing, the Airstream interior, sleek wood panelling, giving it the ultimate "modern surfer" look.

The MINI Cooper S Clubman is predominately jet black with black "wetsuit" neoprene accents along with green trim. The 22ft silver Airstream trailer has the same exterior details as the MINI but with an interior designed for beach goers with features such as a waterproof interior and a sun bathing bed.

"Partnering with MINI was a given," said Bob Wheeler, CEO of Airstream, Inc. "As one of the oldest manufacturers of recreational vehicles in the U.S. and MINI's longstanding history producing unmistakable sport cars, we knew that we would make a dynamite team," said Wheeler.

"It has always been important for us to implement new products and ideas in unconventional ways. The concept MINI and Airstream, designed by Republic of Fritz Hansen, presents a surprisingly different way of using a MINI and an Airstream with a design, which consciously transcends into the world of the surfer. At the same time, we have achieved a successful co-operation with two international cult brands which authentically embodies the MINI attitude to life" said, Andreas-Christoph Hofmann, Head of MINI Brand Communication. 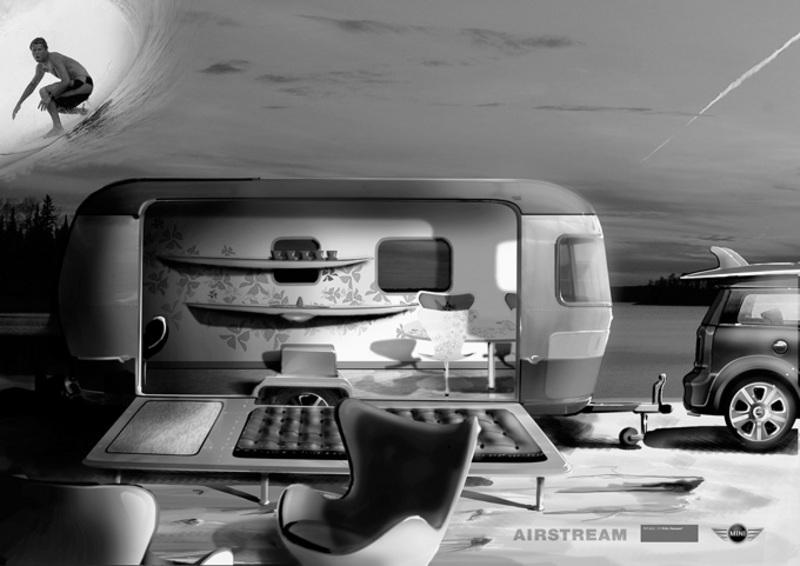