Less than a year after the 1973 Ford XA Falcon GT ‘Chicken Coupe’ hardtop sold for $300,000 at auction with Grays, another classic Aussie Falcon from the same era has been unearthed and will also be going to auction through Grays. 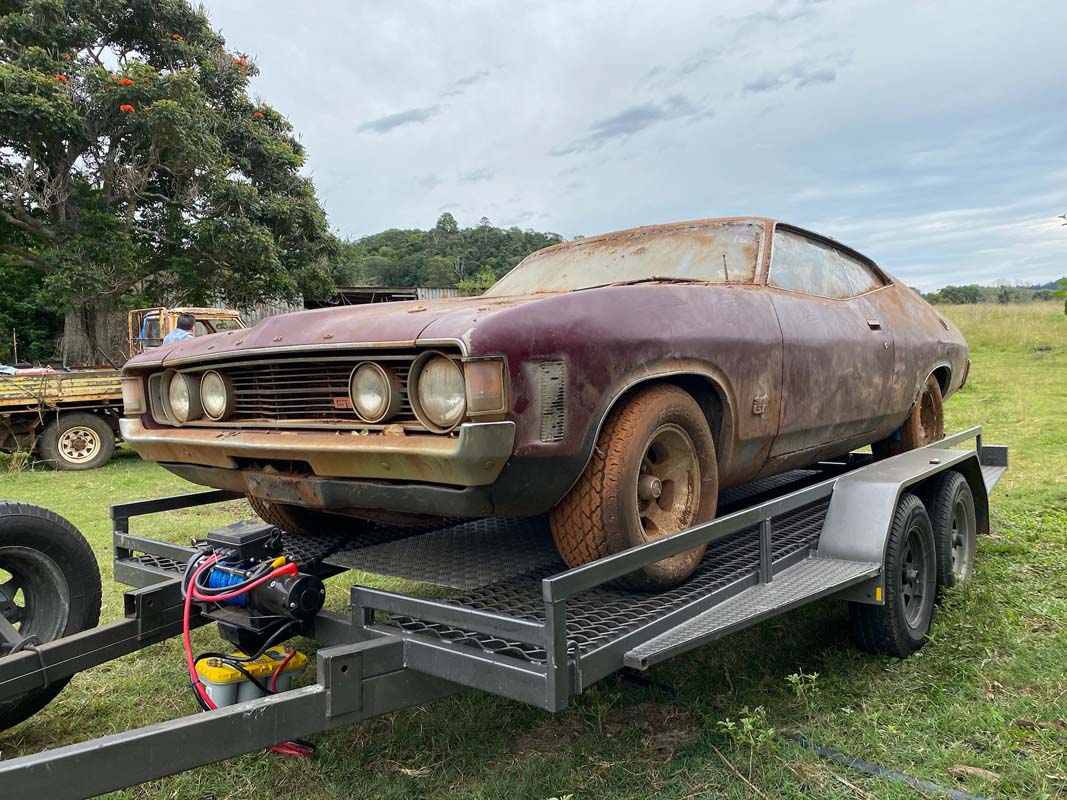 This latest discovery is also in ‘barn find’ condition, and while covered in dust and grime, appears to be in better condition than the Chicken Coupe, with no major rust visible in the images presented so far. 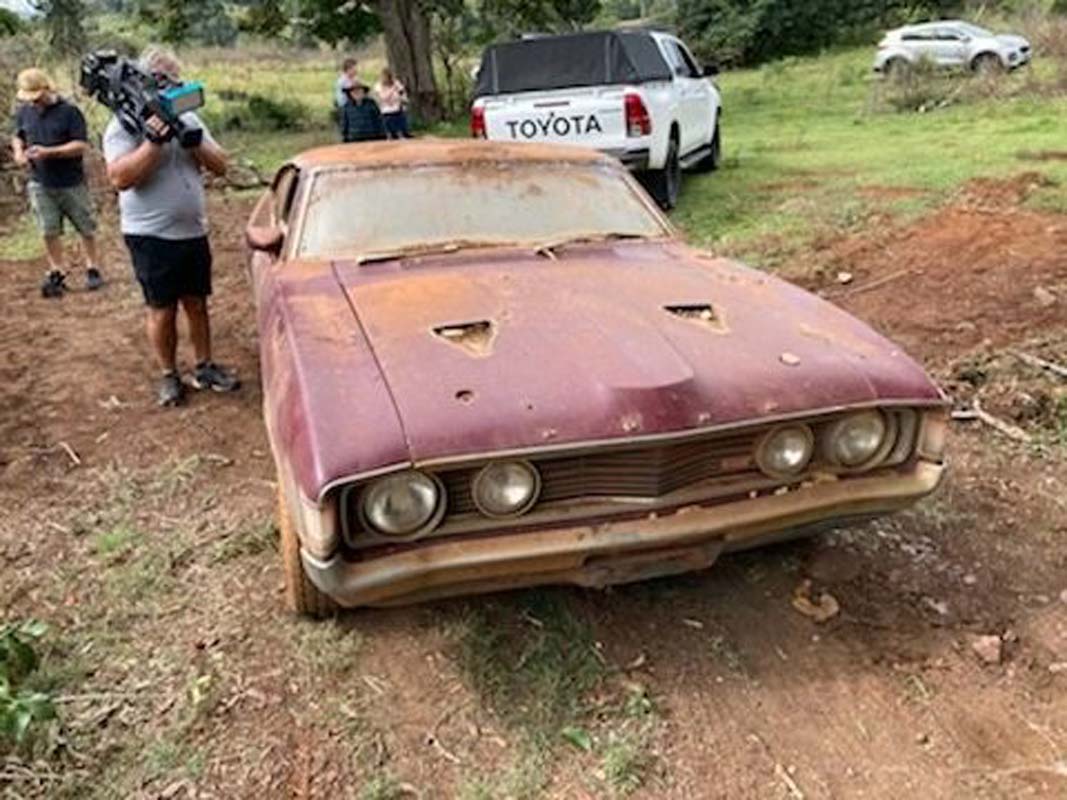 Full details are yet to be confirmed, but this XA GT hardtop is described as carrying the RPO 83 option, which would date it between April and August, 1973, (just before the facelifted XB series arrived in September), making it one of 120 hardtops in this spec.

If the RPO (Regular Production Option) 83 description is accurate, it means this GT was factory fitted with parts originally intended for Ford’s abandoned Phase IV GT Falcon programme, including induction and exhaust upgrades. 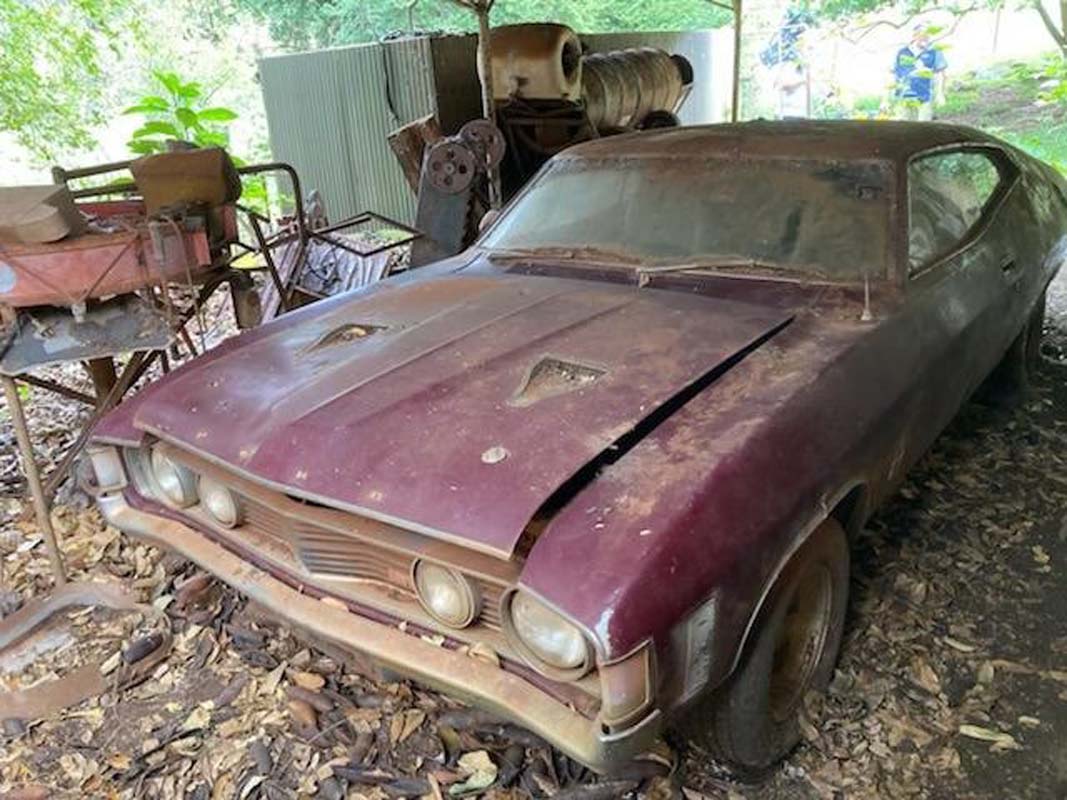 The paint appears to be Port Wine, a rare colour which would make this car unique as only one XA GT hardtop was finished in this colour. This is matched with a saddle vinyl interior, while the wheels are an unidentifiable aftermarket jelly bean-style alloy, that, like the rest of the car, appear to be in restorable condition. 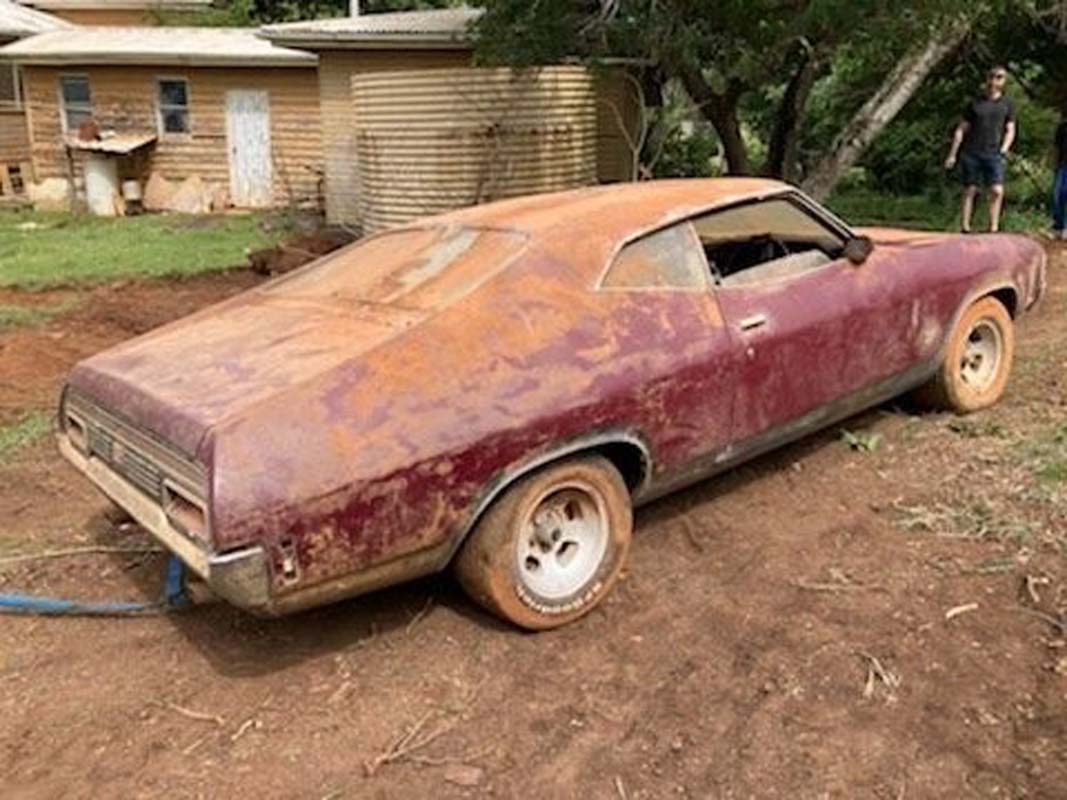 Located on a farm near Gympie, the XA GT was purchased new by the consignor’s father for around $4,000 and came into his possession in one of those ‘right place, right time’ moments after calling into the dealership soon after the gentleman who originally ordered the car decided they didn’t want it.

The XA GT was used as family transportation for many years but had been idle on the family farm for almost three decades before it was consigned for auction. 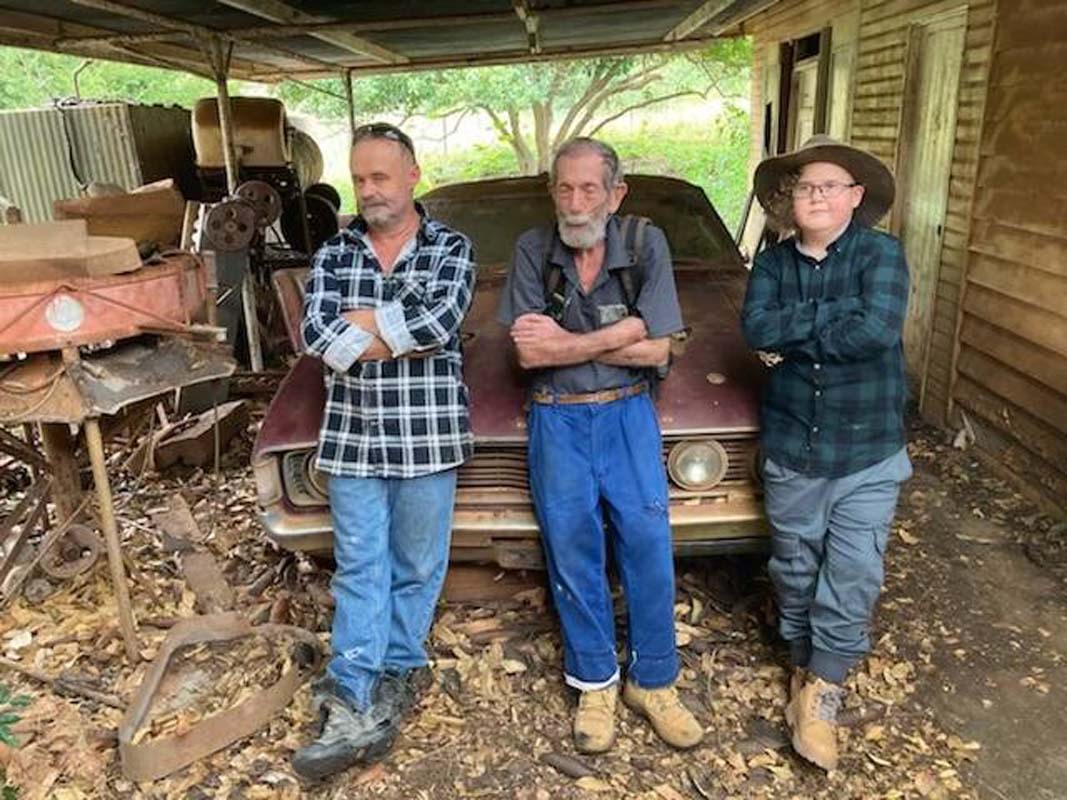 More information on the spec and history of this barn find XA Falcon GT RPO 83 hardtop will be released ahead of its auction with Grays in May.

Watch this space, or go to Grays Online for updates.