Yes, you read that right, this car previously belonged to a school teacher, which conjures up visions of a grey-haired headmistress puttering along, but the car was known to Luis as the teacher in question was a regular customer at APS (Automotive Performance Specialists), where Luis the dyno guru.

When it came time to trade the Falcon in, said customer was offered peanuts by most car yards, thanks to 220,000km, a tired gearbox and plenty of overall wear 'n' tear. This was when APS decided to purchase the car and use it as a base to build the fastest XR6 Turbo they could using the smallest outlay possible. While you could pour tens of thousands into the upgrades alone, Luis has managed to achieve impressive performance for well under $20K, which includes the purchase price of the car.

With much of APS's previous experience centred around vehicles from GM-H, the Falcon was new ground for the Frankston-based firm. But for Luis, a longtime Ford fan, this build was a bit of a passion project.

"Having owned several Falcons at various stages in my life, and with a surname like Sola, pretty much every Falcon I've ever owned has been affectionately known as the 'Millennium Falcon'", laughs Luis.

Having serviced the XR6 in the past, Luis and APS team knew they weren't in for any nasty surprises when they tore the car down and rebuilt it for its new purpose.

Due to its excellent design, Ford's double overhead twin-cam in-line six-cylinder is one of the greatest power platforms to come from Australia. Fully built, these four-litre motors can stomp out over 1300hp at the wheels! While the APS XR6 isn't making that much, it's still almost double what it rolled out of Broadmeadows with.

"Currently it's making around 400kW at the tyres, which is approximately 535hp," says Luis. "The performance potential of these BA-BF turbo Falcons is amazing, not to mention how simple our journey to achieve this has been: we have doubled the power at the rear wheels with nothing more than bolt-on parts

Luis concedes it would have been really easy to spend big buying all the bits to create a monster. But this was to be a budget build, so sticking to that brief, and with no fixed timeframe that a customer car would demand, has enabled APS to think things through and spend more time looking at more affordable options to the usual upgrade packages.

"We have had far more enjoyment doing it slowly, choosing specific parts and (at times) making do with what was lying about in order to achieve the result we were looking for."

That result is 10.75 second quarter-mile passes at 127mph - some four seconds faster than the legendary GTHO Phase III could muster back in the day. On top of those numbers, the APS-fettled XR6 is a far nicer machine with which to suffer Melbourne traffic snarls, given it retains power windows, power steering and air conditioning!

Even more impressive is that the Falcon makes double the original power while retaining its near-quarter-million-kilometre engine in almost entirely factory specification. There are no forged pistons or con-rods, the cylinder head ports haven't been touched and the camshafts are standard - the package has only been enhanced around certain weak points to ensure everything is working as well as it could.

"This car still retains the original 240,000+km old Mk1 bottom-end, which is renowned for having weak con-rods, but we have taken this as a bit of a challenge," says Luis. "In standard form, the BA runs 6psi boost. We are running this engine above 20psi and, so far, it's good. However, we know it's only a matter of time before internal failure and, as such, are preparing a new short engine with stronger internals."

Part of the reason the APS guys have managed to do so much on a standard set-up is because they're using E85 alcohol-based fuel. As it runs cooler than traditional pump fuel, more ignition timing and boost can be tuned into an engine, making more power. It does require 30% more fuel (as a generalisation) compared to 98RON, so this also necessitates a few extra upgrades to the car's standard fuel system.

The XR6T's standard Garrett GT35 turbo can already support far more than the standard 240kW the engine makes, so APS just changed to a larger compressor cover and stronger wastegate actuator to hold the 20psi they're running. And they didn't stop there.

"Long gone is the restrictive and inefficient factory intercooler and piping," explains Luis. "It has been replaced by a great kit from Process West which changes the appearance of the under-bonnet layout. The fuel pump has also been replaced by an E85-compatible unit from Herrod Motorsports, along with larger injectors to feed the 30% extra fuel required by E85.

Somewhat surprisingly, replacement valve springs are the only internal engine modifications. The car retains the stock exhaust system, but a better turbo pipe and catalytic convertor setup has been fitted. The transmission has been rebuilt with stronger internals, together with a modified torque convertor to allow the engine to come on boost quicker.

Putting almost double the power into a streeter that still has a 'day job' traversing Melbourne's streets meant Luis and the APS boys had to pay attention to the stoppers. The factory-spec brakes were totally unsuitable, so APS sourced and fitted a set of FPV Brembo brakes, which have proven to be so much better for the sort of power levels the car is now creating.

"We've also fitted some 19 inch Varrstoen wheels, which I love the look of, not to mention the extra grip from the 275-wide rear tyres," Luis explains.

Since its resurrection, Luis has taken his XR6T has been out to Calder Park 4 or 5 times, with each run delivering more data, and thus more improvement to the performance. Early runs were in the 11s, but the car now dips into the high 10s, pretty impressive when you consider it's still street legal, and ruins all the comforts of a daily driver.

"What I enjoy the most about this car is the "Jekyll and Hyde" nature," says Luis. "Drive this car on the street and, other than the firmer-than-standard gear shifts, you would not know it has been modified in any way; it's perfectly driveable and so quiet.

"Compare this 1/4 mile time to any production performance car and then think that this is achievable for well under $20k, including the car!" 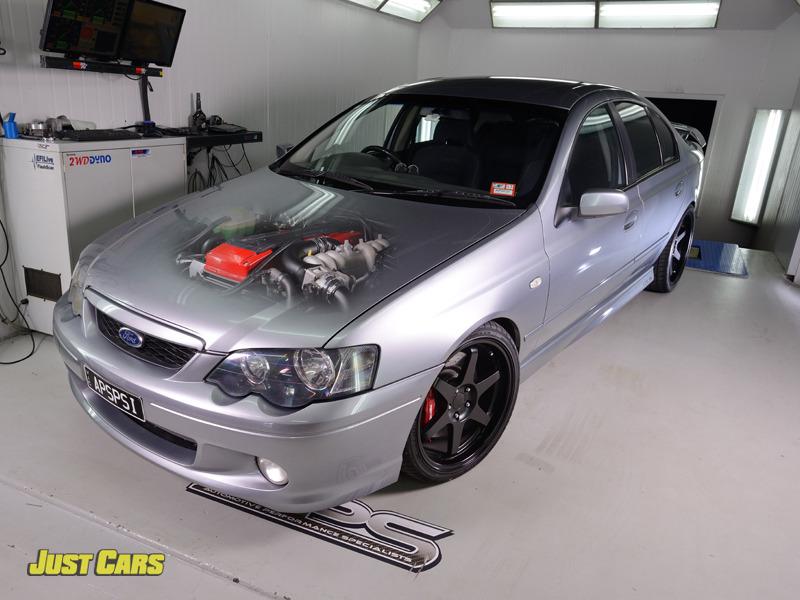 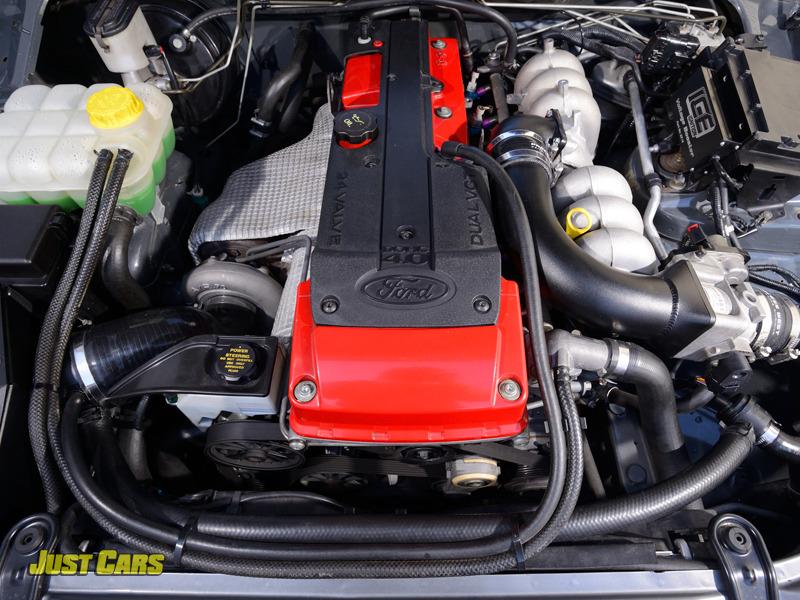 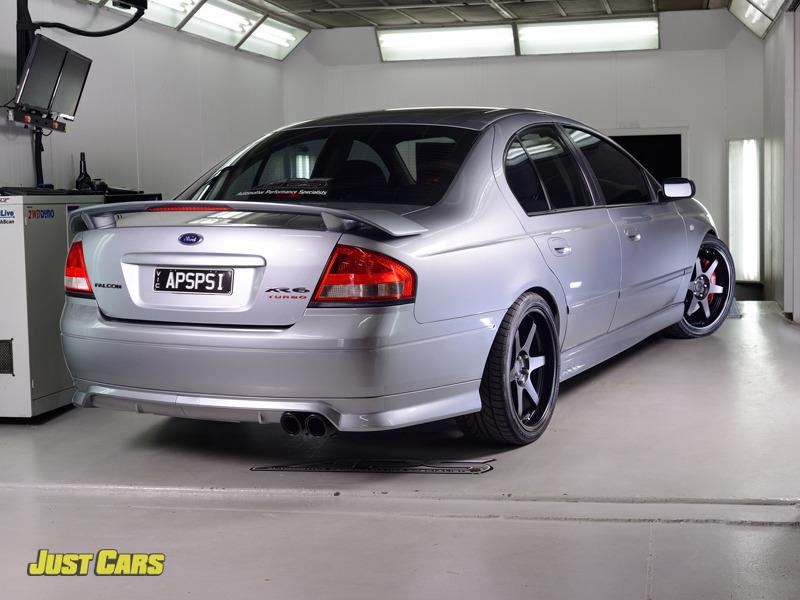 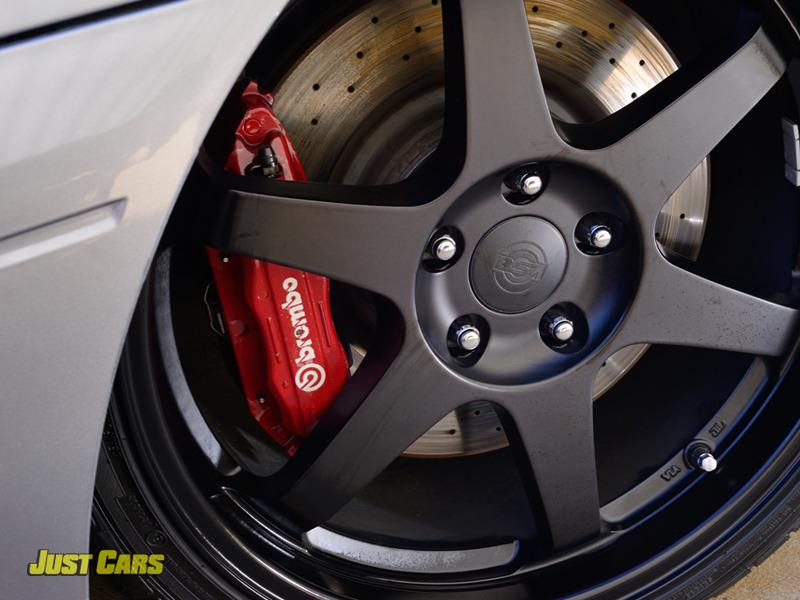 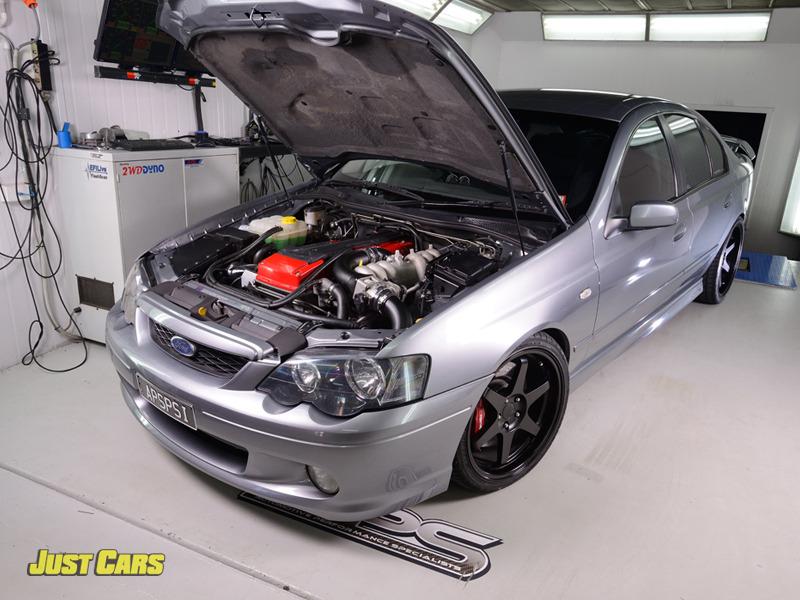 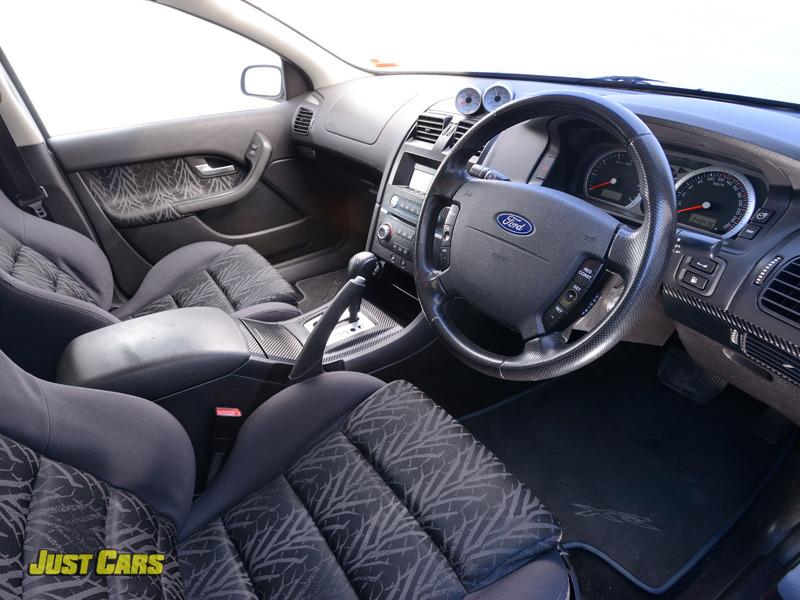 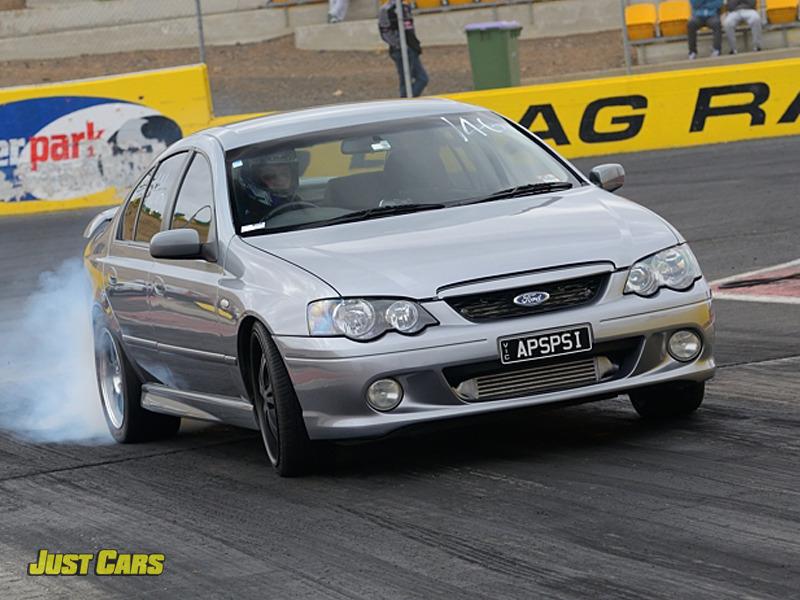