It had rear wheel drive, long hood-short deck styling a la Mustang and could be had with either an anaemic 1.6-litre four-cylinder engine or a ballsy 3.0-litre V6
When many people hear the name Ford Capri they think of the two-door coupe assembled by Ford Australia from British CKD kits in the 60s and 70s.

It had rear wheel drive, long hood-short deck styling a la Mustang and could be had with either an anaemic 1.6-litre four-cylinder engine or a ballsy 3.0-litre V6. One was too weak for any real performance, the other had more power than the suspension and brakes could handle. But in those innocent days we cared little for such things.

Our Capri was a truly international creation involving Ford USA, Ford UK, the Italian styling companies of Ghia and Ital Design (Giugiaro), Mazda and, of course, the Ford Motor Company of Australia's designers and engineers. That it happened at all is down to the tenacity and perseverance of a small group of enthusiasts at Broadmeadows.

The origin of the Capri lay in the Barchetta concept car based on Ford Fiesta running gear and shown by Ghia at one of the European motor shows in the mid-70s. Ford UK wanted to produce it but could not build a successful business case for it. Senior people at Ford Asia Pacific saw it and believed they could make a success of it. Between 1985 and 1988 people from Ford Australia collaborated with Ghia and Ital Design on the car's design (Ghia for the exterior, Ital Design for the interior and structure) with the mechanicals being sourced from Mazda and not Ford UK as they quite rightly believed the Mazda components were superior. And besides, after years of successfully selling the Ford Laser (aka Mazda 323) they had ample experience with the components and knew the people at Mazda well. To make it a success Ford Australia developed a left-hand drive version that was to be sold in the US through the Lincoln-Mercury dealerships.

Ford's people based their Capri on the floorpan and running gear of the Mazda 323 which meant a wheelbase of 2405 mm, weight of 1062 kg and two levels of performance depending on which engine option the buyer selected—either a naturally aspirated 1.6-litre DOHC four or a turbocharged version of the same engine, 77kW or 100kW, 90mph or 110mph.

There were a few glitches with the soft top's sealing with early production cars, a fact that was seized upon by the ABC in particular who crucified the cars which dampened buyer enthusiasm after an initially strong acceptance from the market. The fact that the percentage of affected cars was a tiny fraction of production got lost in the hype… Nevertheless, the Ford Capri comfortably outsold its nemesis, the MX-5, and offered far more equipment into the bargain—air conditioning was a standard fitting as were alloy wheels, power steering, electric windows and height-adjustable steering wheel. The Capri was also a proper 2+2 and had a boot easily capable of taking two sets of golf bags.

From a promising start in 1989 until production ended in May 1994 Ford built more than 66,000 Capris in all its versions. It was not a failure but it could have been better. 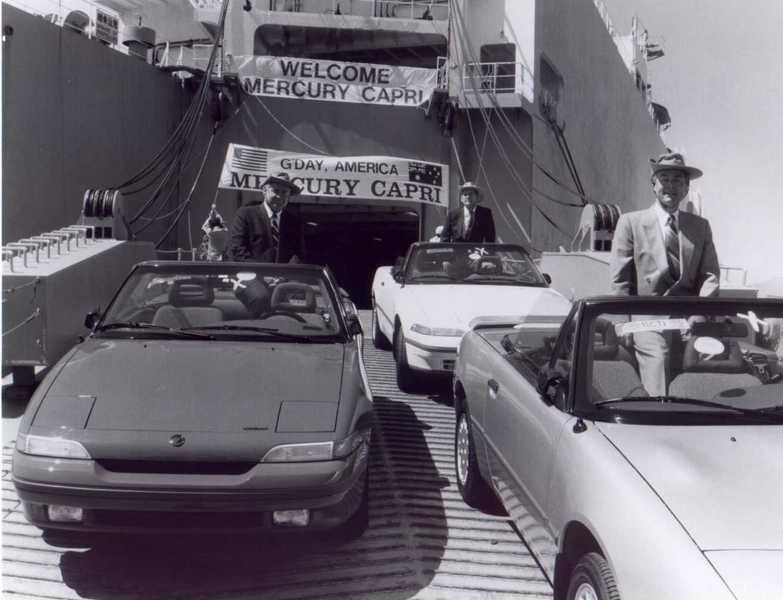 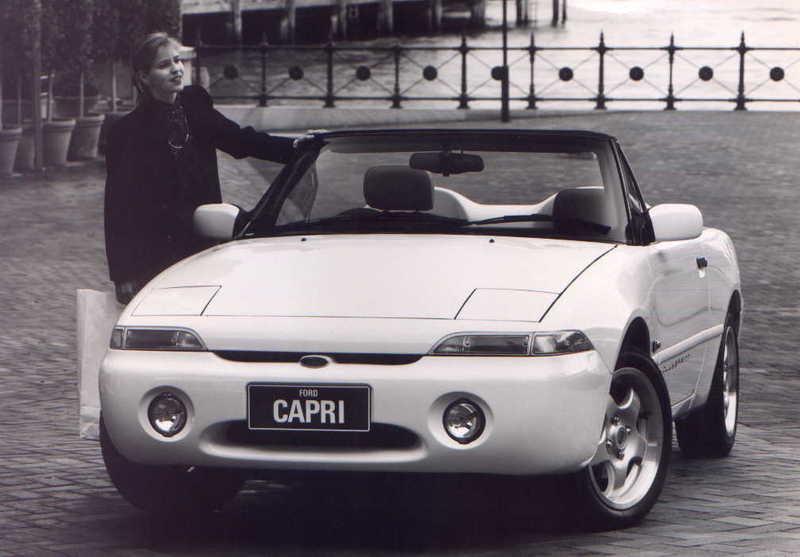