Euro-Brit “hot rod” is the work of a European builder

Bonhams ‘MPH’ online auction in the UK this 20 March will feature one of the most unusual automotive mélanges we’ve ever seen in the form of a one-off Bentley/Porsche special. 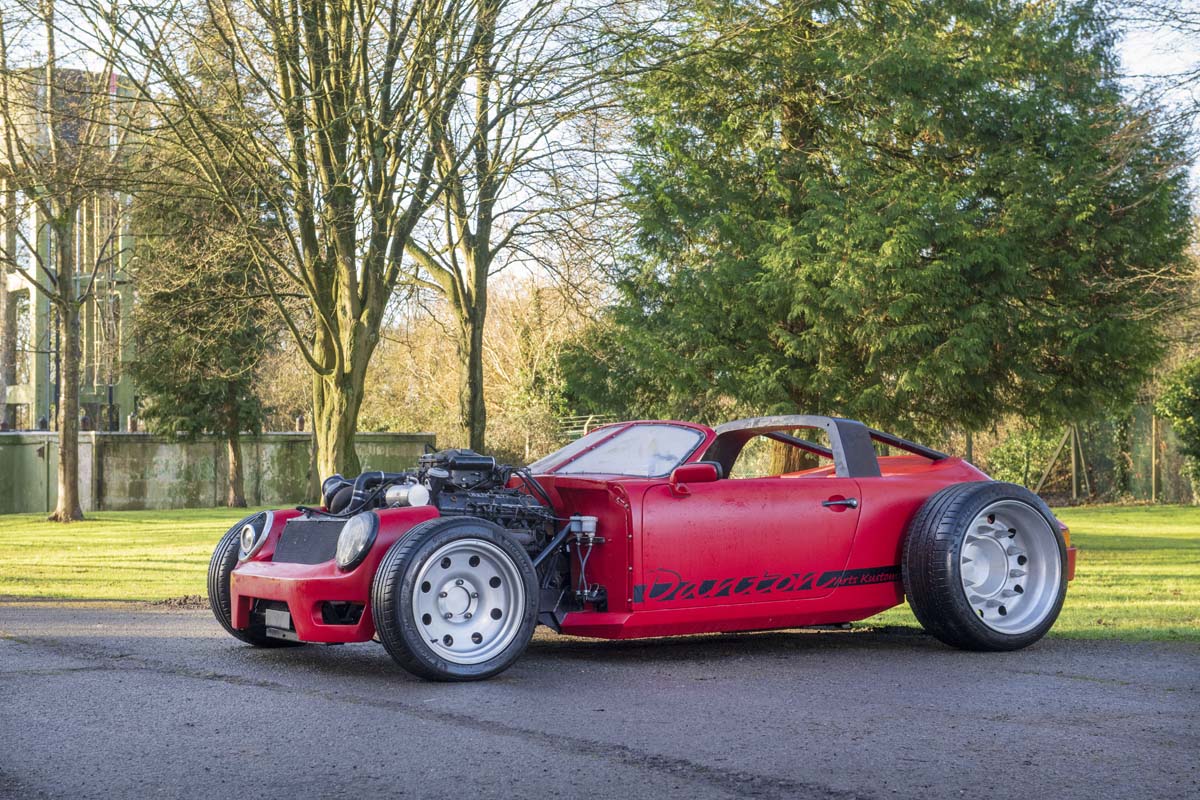 This Frankenstein’s monster is the work of Alexandre Danton, who may not be one of the best-known custom car and hot rod builders, but he is certainly one of the most distinctive.

Operating under the banner of Danton Arts Kustoms, Alexandre’s past creations have followed familiar rat rod and hot rod themes, but his major makeover of a Lamborghini Espada, that featured at SEMA 2019, brought his handiwork to a wider audience.

The Espada reflects Danton’s willingness to take on unusual bases for custom builds, as well as his European origins. Born and raised in France, Danton alternates operations between France and the US. As well as the Lamborghini, the likes of VWs, Porsches, Land Rovers and even a Rolls-Royce have been the subjects of past rat rod and custom builds,.

As far as Alexandre’s custom creations go, the ‘Danton Arts Kustoms 911 Targa’ pictured is not as wacky as the Espada, but it’s not far off!

Built for an American client, the car is made up of a combination of 1971 Porsche 911 T and a C1990s Bentley Mulsanne Turbo. The Porsche donated its body and the Bentley provided its 6.75-litre turbocharged V8 engine and automatic transmission.

A custom chassis marries the running gear to the Porsche body, with double wishbone suspension up front and a live axle rear with traction bars – all to support the jumbo-sized wheel and tyre package that sits proud of the body.

Despite the extra weight of the Bentley V8 engine and transmission, the Danton creation is said to be half the weight of the Porsche it’s based on, thanks in part to a complete gutting of the interior and fitment of bomber-style aluminium framed seats, a custom dash and centre console.

For more details on this car, click HERE and for information on other consignments for the Bonhams MPH online auction at Bicester Heritage in the UK this 20 March, go to: bonhams.com