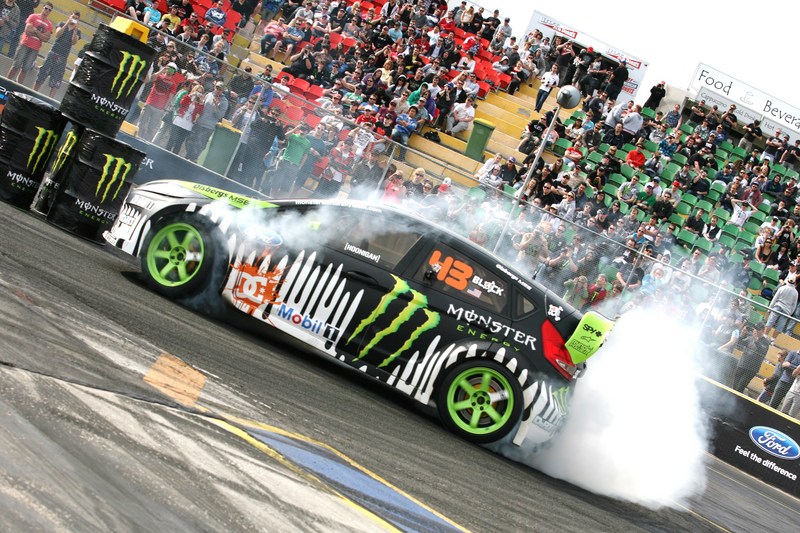 The live version of Block's gymkhana has been a hit in other cities around the world, so when it was announced online that the gymkhana was coming to Australia on September 3, the 7,000 free public tickets for the event were gone in six hours. With Block already coming to Australia for Rally Australia, it presented Monster Energy Drink, sponsors of the event, with the ideal opportunity to bring the Gymkhana to Australia.

Joining Block for the fun were a bunch of other Monster-sponsored drivers and riders, including Jamie Whincup, Mark Winterbottom, Brad Gallard, Nathan Pretty, Matt Mingay, Shane Tucker and Rob Whyte. Block was undoubtedly the star of the show, though, thanks to his hugely popular 'Gymkhana' videos, the fourth instalment of which was recently released.

The on-track action included burnouts from Shane Tucker, drifting demos from Rob Whyte and Matt Mingay (who also turned it on on his Harley stunt bike), and a series of Holden vs Ford V8 Supercar drag races, but Block was the star of the show each time he took his HFHV (Hybrid Function Hoon Vehicle) Ford Fiesta around the obstacles that made up the gymkhana course. In the infield, Brad Gallard let rip with his awesome Monster-sponsored Trophy Truck, while Cody Crocker was taking his ATV around the dirt course, too. The day's action was rounded out when Block took on Jamie Whincup in the Monster Energy V8 Supercar. After a jump start from Whincup, Block won the re-run to a huge roar from the fans, then did circle work around a Segway, one of the gymkhana's favourite features.

After the fun of gymkhana, Block will turn his attention to more serious matters this week, when Rally Australia, in its new location on the Coffs Coast of NSW,kicks off on September 8.

For highlights from the Ken Block Gymkhana, go to monsterenergy.com.au 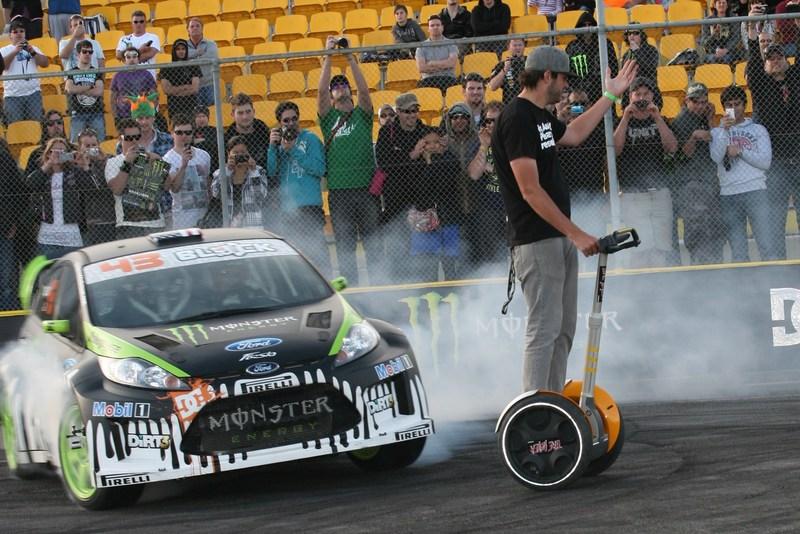 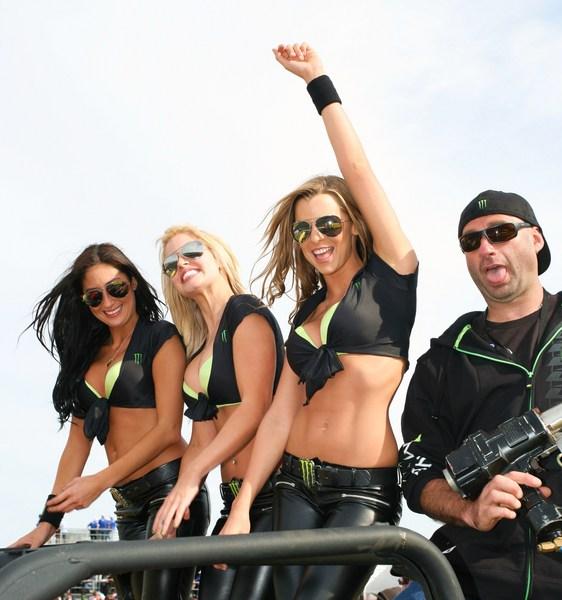 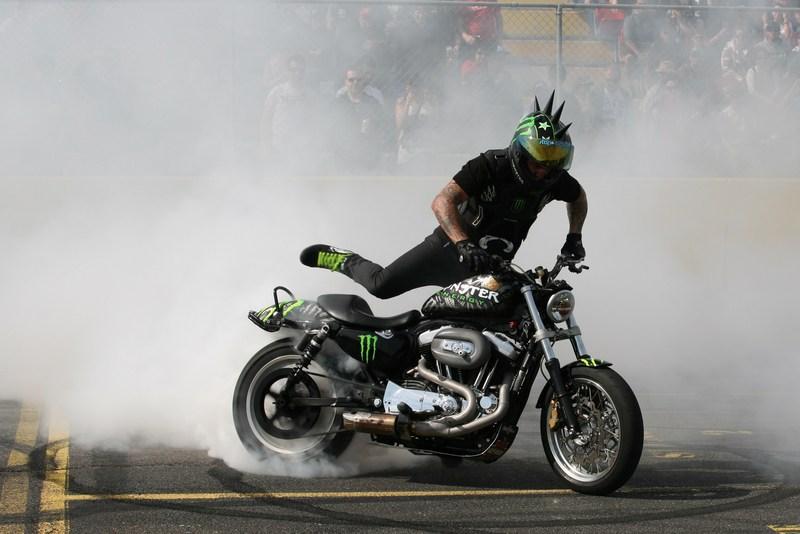 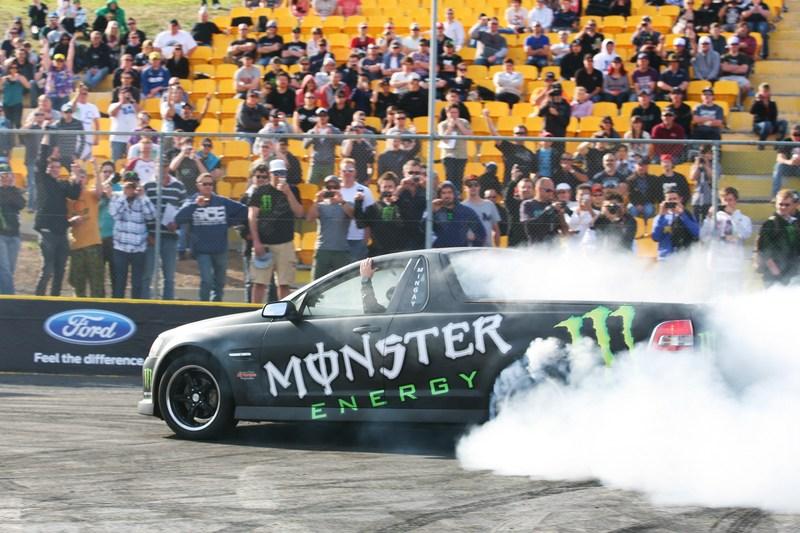 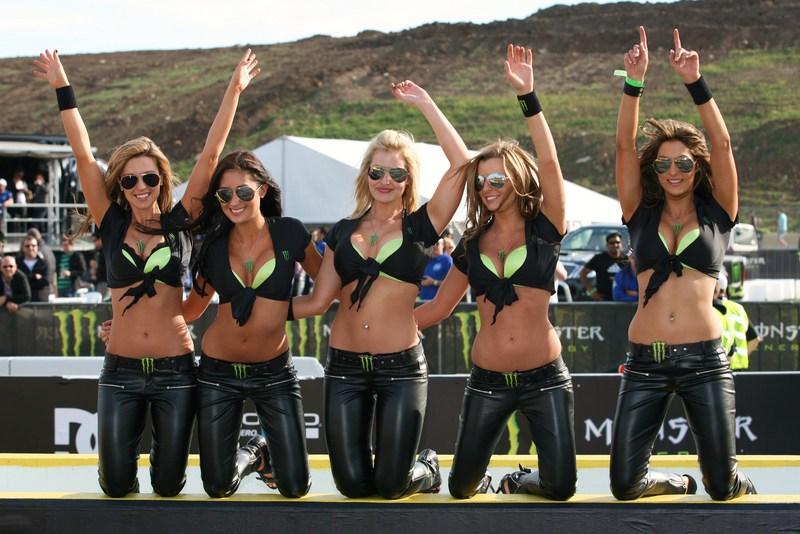 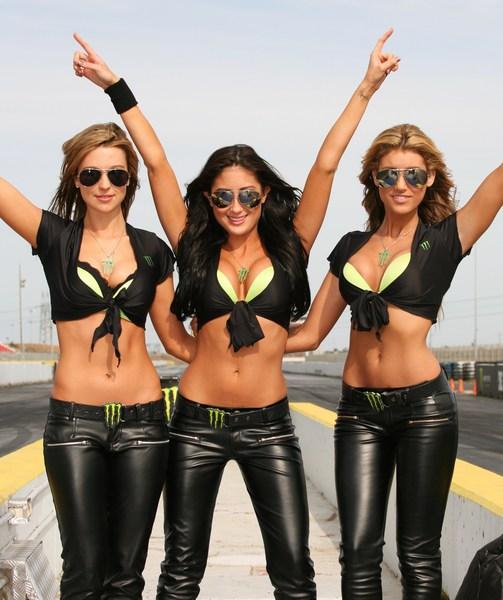 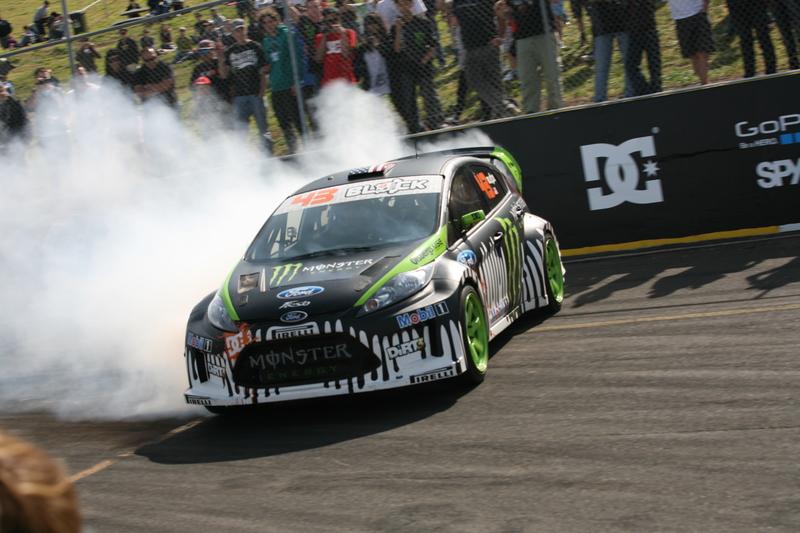 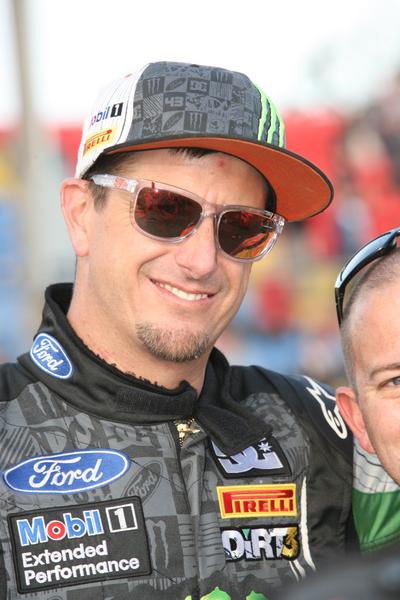 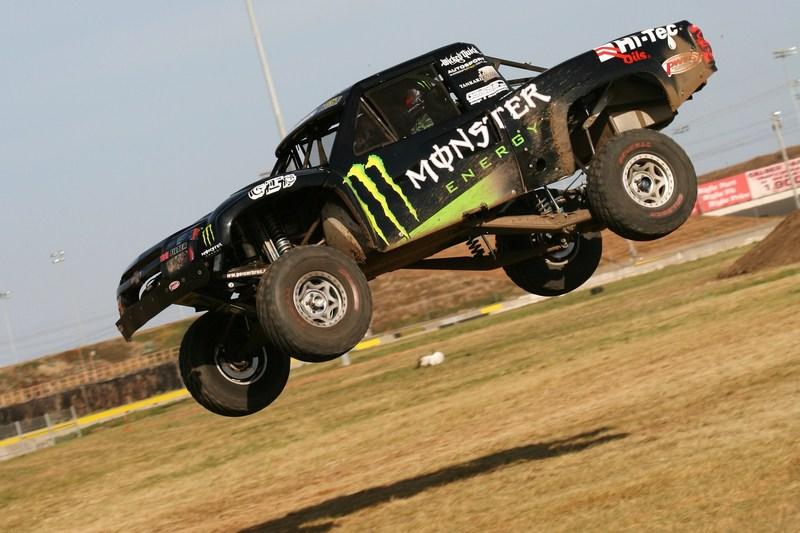 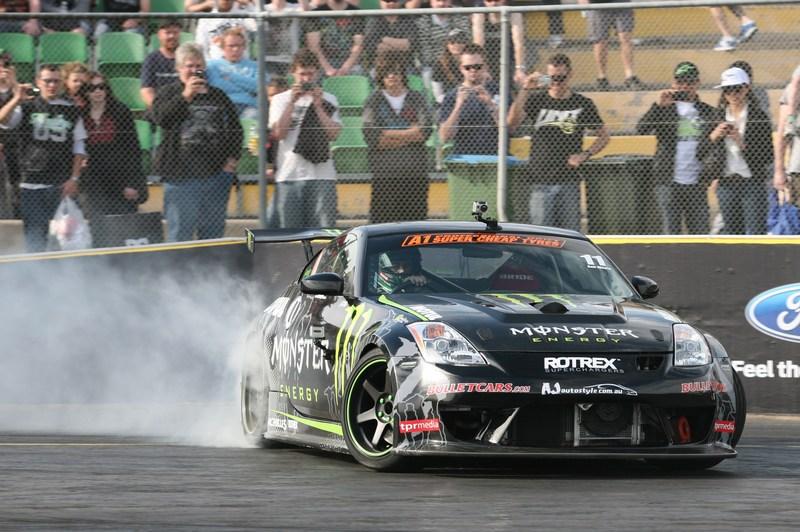