Burns & Co. Auctioneers and Valuers will offer a feast of Aussie and American muscle, classics, customs and modern performance cars in their Mother’s Day Classic Car Auction on Sunday 9 May. Also consigned for the auction are a pair of cars from the Wall Racing Collection that have significant history in Australian Touring Car Racing. 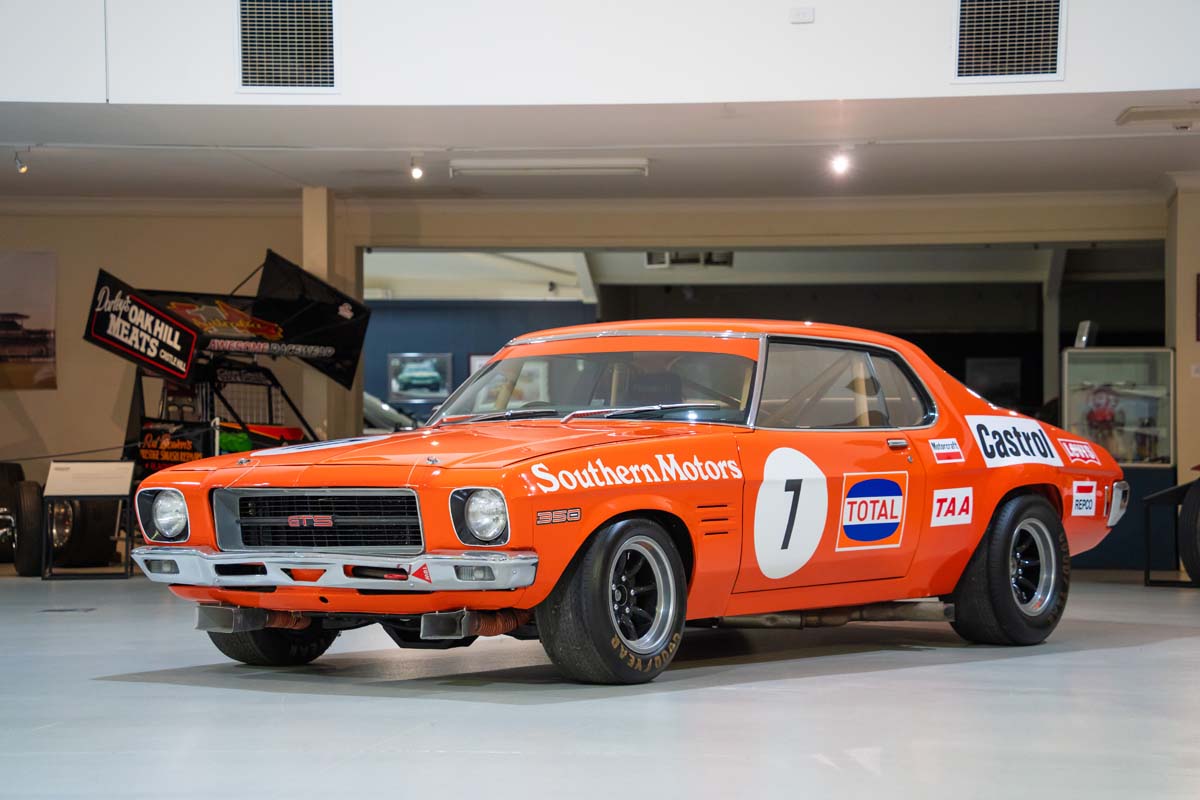 One of those cars is the ex-Bob Jane Racing 1972 Holden HQ Monaro GTS 350, which has been painstakingly restored back to Improved Production racing specification. 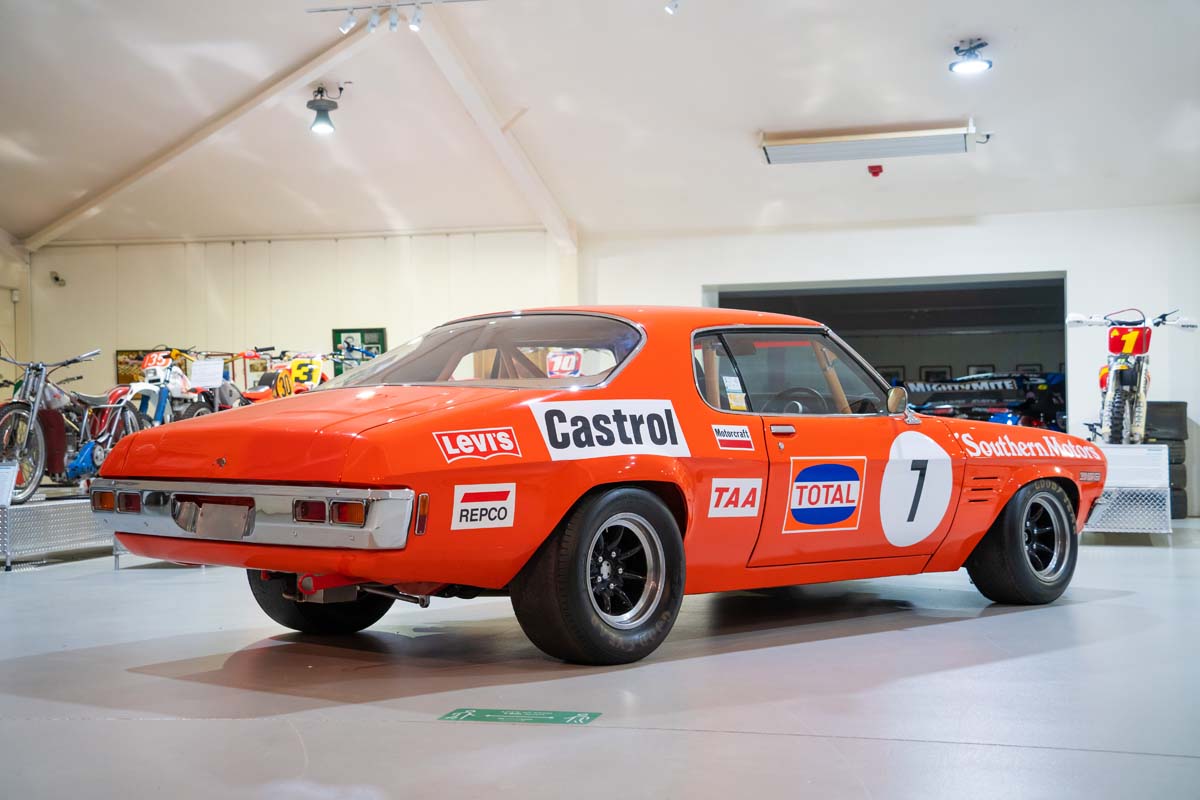 Built in 1972, the Monaro was originally intended to replace the Chevy Camaro ZL-1 in which Jane had won the 1971 Australian Touring Car Championship (ATCC), but the racer and T-Mart supremo would rarely drive the car and it went through several hands and several forms before it came into the Wall’s possession decades later. 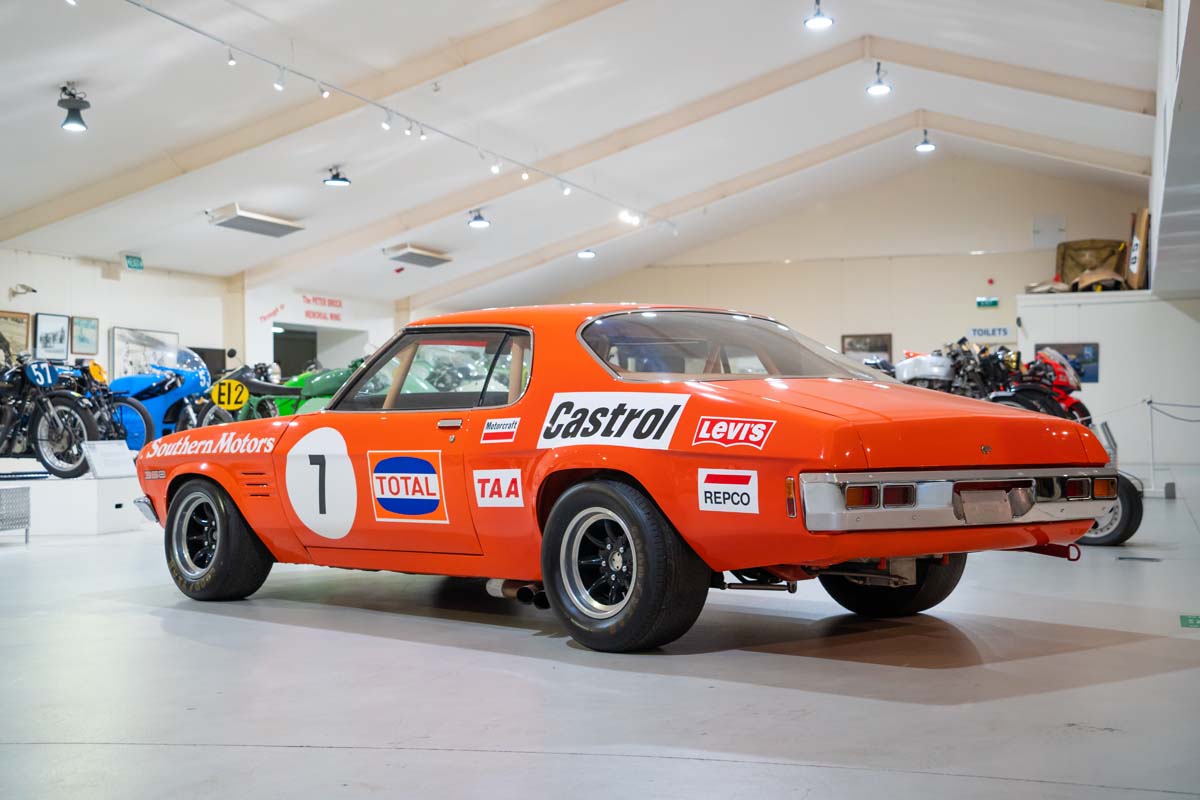 By 1972, Jane had three Armstrong 500 (later Bathurst 1000) enduro wins and two ATCC titles under his belt, while Bob Jane Racing was an outfit that rivalled Allan Moffat’s in terms of professionalism. The fleet back then included not only the Improved Production Camaro, but also a sports sedan, sports car and open wheeler.

While Jane was still an active driver, he couldn’t drive all the cars all the time, so hired John Harvey, who was best known at the time for his open wheeler success, to drive at selected events. Amongst his many victories, Harvey would win the Australian Sports Car Championship in 1971 and ’72, driving Jane’s McLaren M6B. 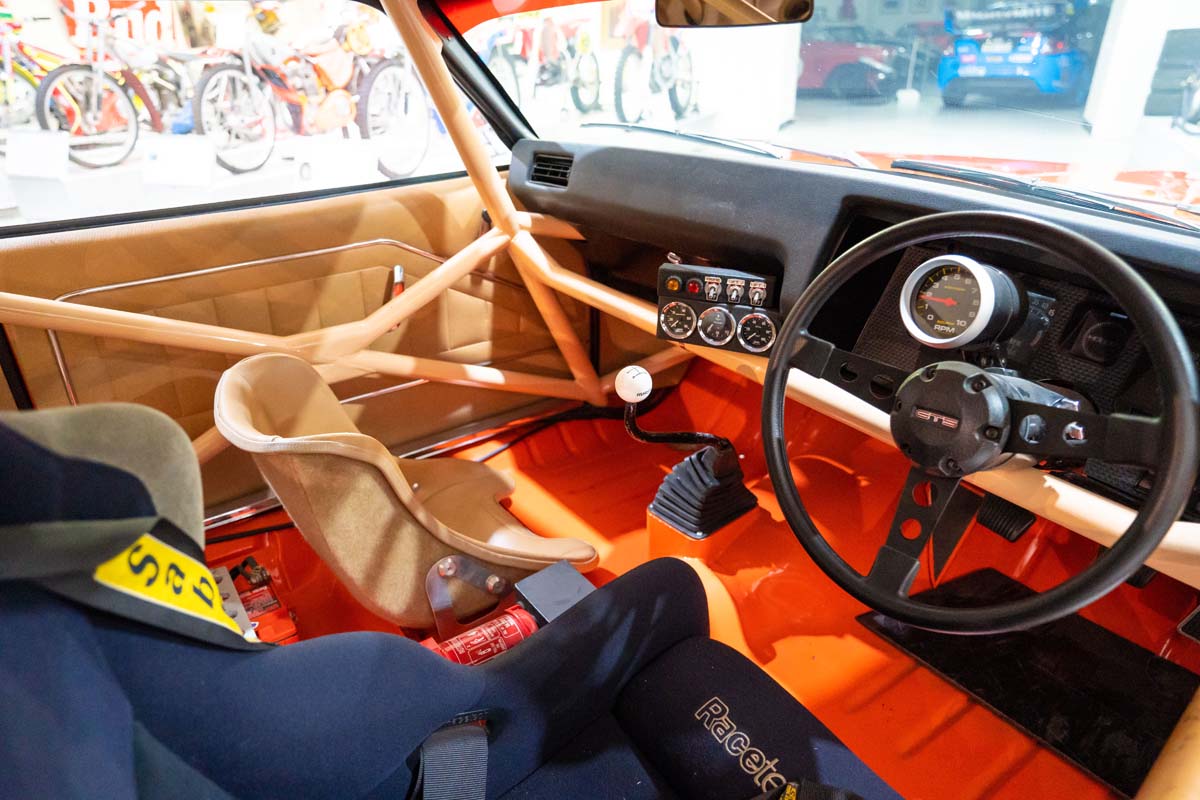 John Sheppard, who was a senior member of Bob Jane Racing at the same time and had previously developed Ian ‘Pete’ Geoghegan’s ATCC-winning Mustang GTA, would oversee the build of the Improved Production Monaro before going on to even greater things, including managing the Holden Dealer Team during their dominant period in the late 1970s.

The wheels were modified 15-inch Minilites, but the brakes reflected the “production” part of Improved Production, with discs on the front end only. 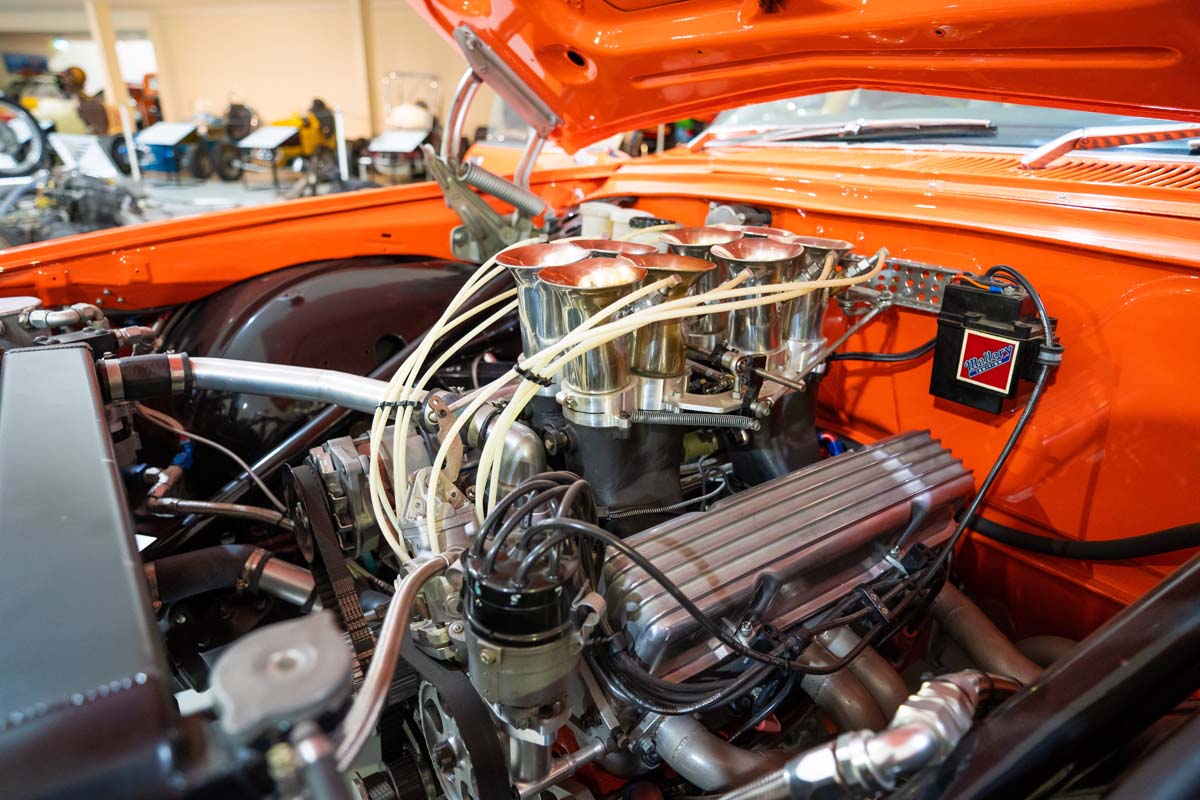 For all its sophistication and race-ready performance, the Monaro wasn’t to Jane’s liking, specifically the power delivery from the fuel injection system, which was more immediate compared to the progressive delivery in the Camaro. As such, the car was passed on to Harvey, who gave it its competition debut in 1972, finishing second (behind Jane in the Camaro, ironically) at the Surfers Paradise ATCC round.

Soon after that debut, the Monaro GTS 350 followed the path of many Improved Production cars in being converted into a Sports Sedan as that category boomed in the mid-1970s. Gaining aero and chassis modifications, the Monaro became popular and successful in this form. Jane would race the Monaro more frequently as a Sports Sedan, but usually only at his “home” track of Calder Park. 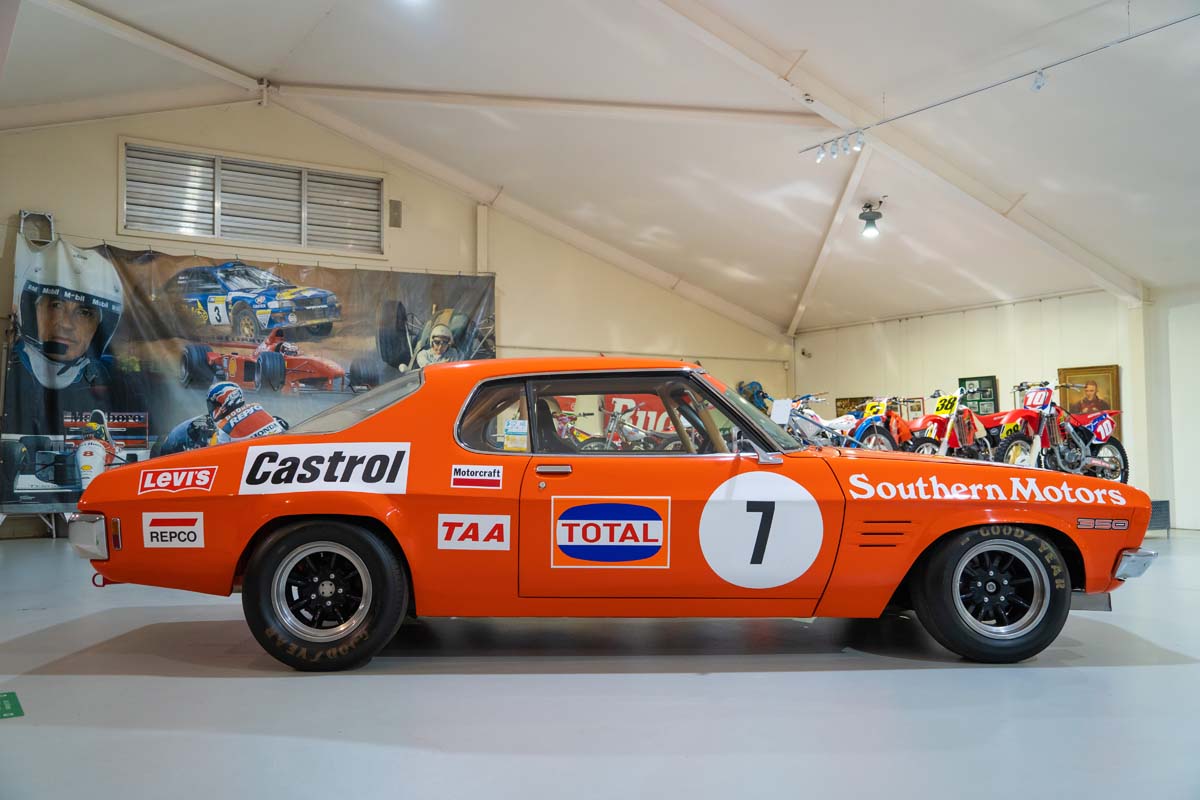 Of note is that Peter Brock is believed to have driven the Monaro in a one-off appearance at Calder in 1978 before it was sold to Phil Ward, who raced it until the early 1980s. Ward then sold it to Tino Leo, who held on to it until 2004, when it was acquired by Des Wall.

In Wall’s hands, the Monaro was subject to a complicated and comprehensive restoration taking it back to its 1972 Improved Production specification. That restoration took eight years, and since it was completed in 2015, the Monaro has done track time at various historic and display events, mainly in the hands of David Wall. 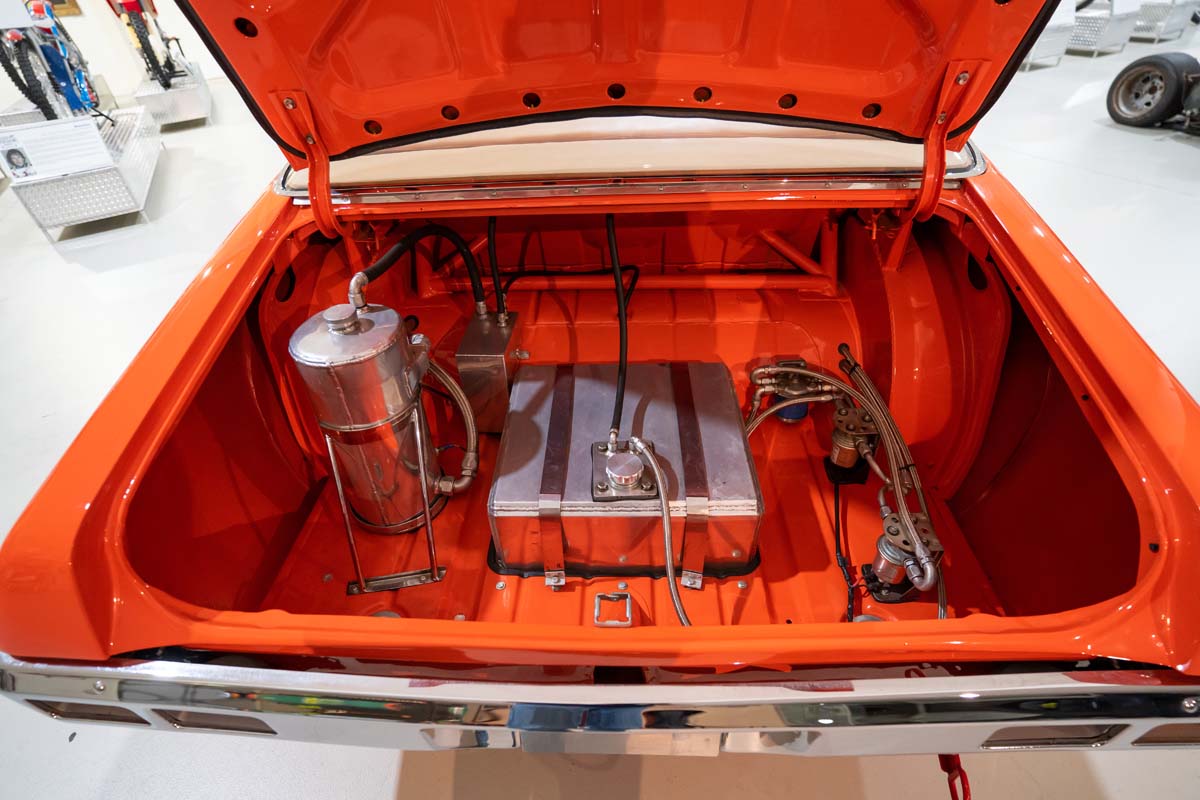 As consigned for the Burns & Co. Mothers’ Day Classic Car Auction, the Monaro still looks resto fresh, and thanks to regular maintenance by Wall Racing, remains ready for more track time in the hands of its next owner. 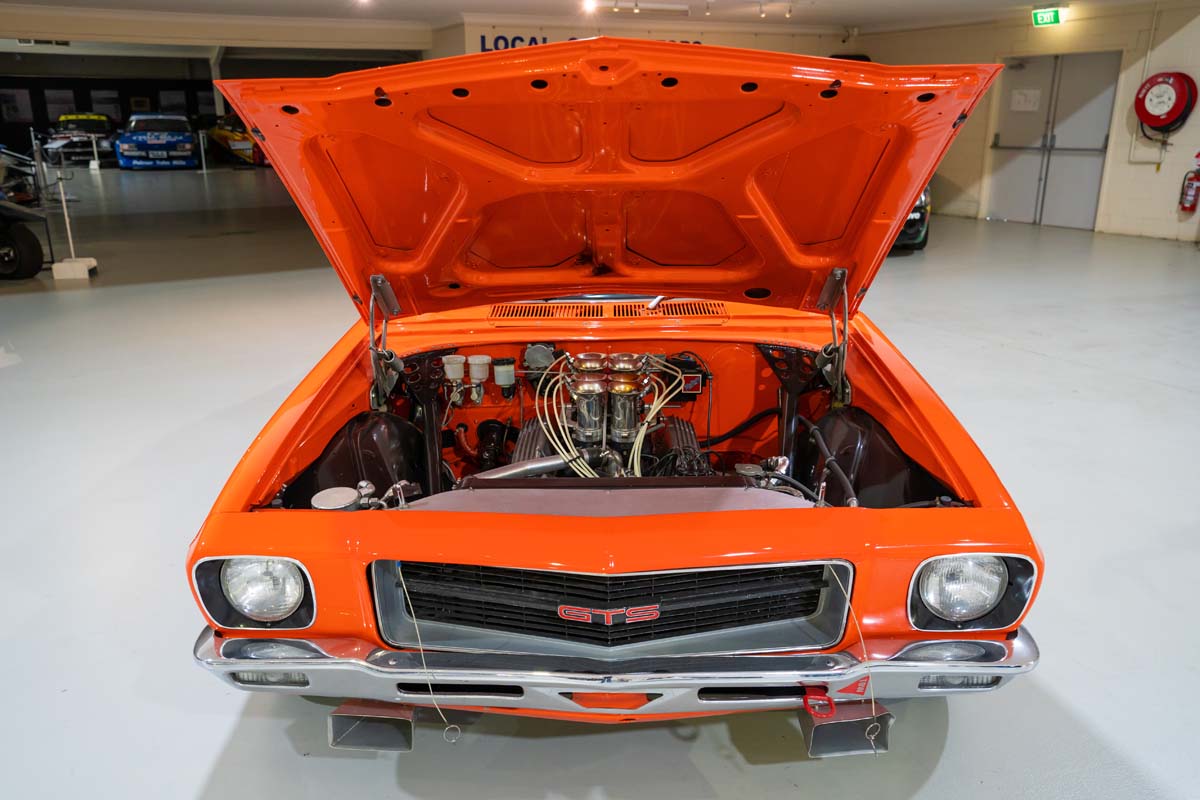 Sunday 9 May (pre-bidding from Thursday 22 April)

Pre-auction inspection available on 1 May and 8 May, subject to COVID-19 developments.

For more details, go to: www.burnsandcoauctions.com.au