British Racing Motors (BRM) was one of the earliest constructor teams in Formula 1, making their Grand Prix debut in 1951 with the Type 15 (aka ‘P15’) V16 Mk1

To mark seventy years since that debut, a series of new BRM V16 cars are being built.

Following the likes of Jaguar, Aston Martin and Allard, the new BRM P15 racers will be built to the same spec as the originals and assigned chassis numbers originally allocated in the 1950s but never used.

BRM was born in 1945 from a consortium of British motorsport experts and enthusiasts, aiming to bring the sort of success and prestige to British motorsport that Italy and Germany had enjoyed before the war. What started as the ‘British Motor Racing Research Trust’ was renamed British Racing Motors in 1947 and the firm’s first project was a grand prix car with a supercharged 1.5-litre V16 engine that produced up to 600hp (447kW) at 12,000rpm.

Debuting in 1950 with a pair of wins in non-championship races, BRM made their F1 GP debut a year later and would go through numerous iterations in the decades that followed, competing in various formulae.

Driving and engineering talent involved with the team from its foundation to its exit from F1 in 1977 included the likes of Juan Manuel Fangio, Stirling Moss, Colin Chapman, Alec Issigonis, Mike Hawthorn, Raymond Mays, Jo Bonnier and Graham Hill, who delivered BRM’s first – and only - F1 World Championship in 1962. 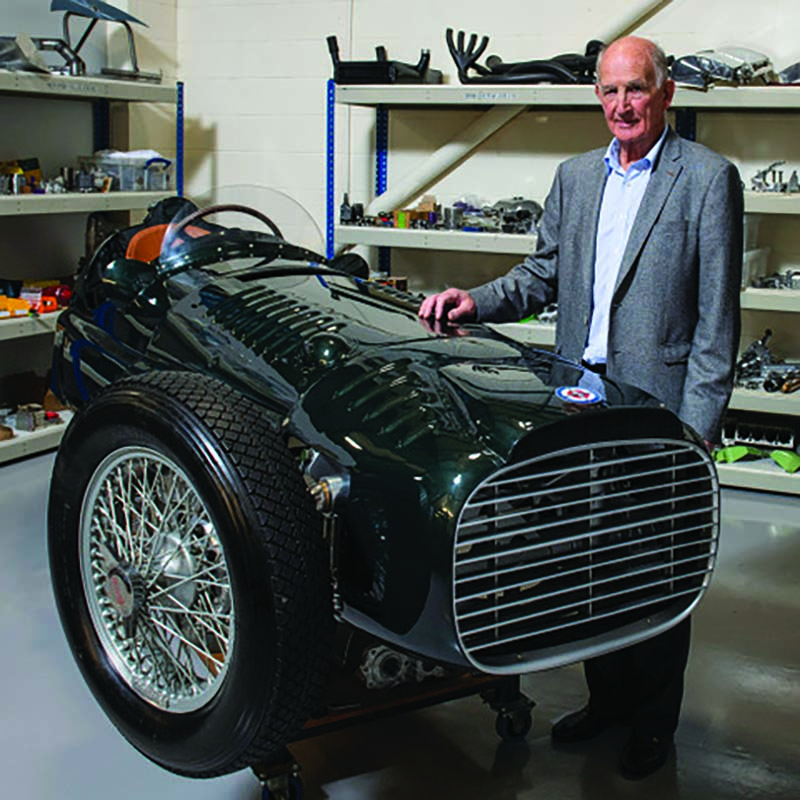 Today, only one of BRM’s original P15 cars exists and is considered too valuable to race, leading to the decision to make reproductions in time for the team’s F1 anniversary in 2021.

Only three cars will be built and each one will be “forensically authentic” to the original P15 in terms of appearance and specification, thanks to access to up to 20,000 of BRM’s original technical drawings.

The front-mounted 1.5-litre supercharged engine will be connected to a five-speed gearbox and sit in a steel ladder-frame chassis, with Porsche-style front trailing arm suspension and a de Dion-type rear end – just like the original. Completed cars will weigh a reported 736.6kg.

UK-based historic restoration specialists, Hall and Hall (who also provide parts and technical support for newer BRM open wheelers still in use), will be in charge of manufacturing. As well as being authentic to the originals, the modern P15 V16 Mk1s will be constructed to FIA standards, making them eligible for historic racing.

Of the three reproductions, one has been allocated to John Owen, the son of former BRM team principal Sir Alfred Owen, with the other two still available on application at time of writing. All three cars are expected to be completed early next year.