Bryan Thomson cars to be auctioned

Bryan Thomson cars to be auctioned

Bryan Thomson may be best known in Aussie racing circles for the Chev V8-powered VW Type 3 Sports Sedan he raced in the 1970s, but his racing story runs many years either side of that decade 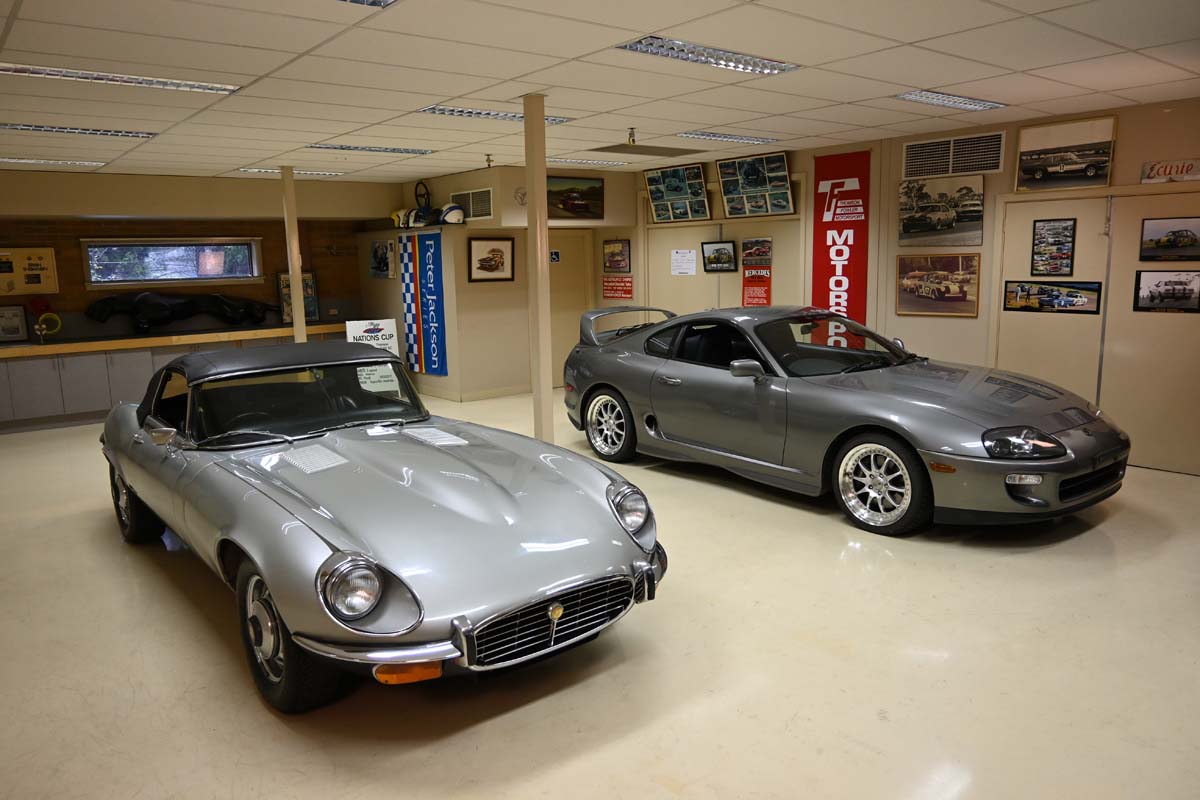 What’s less known about Thomson is that he has an impressive collection of motorcycles and cars in a private museum. That collection is being auctioned through Donington Auctions this Sunday, 20 June. 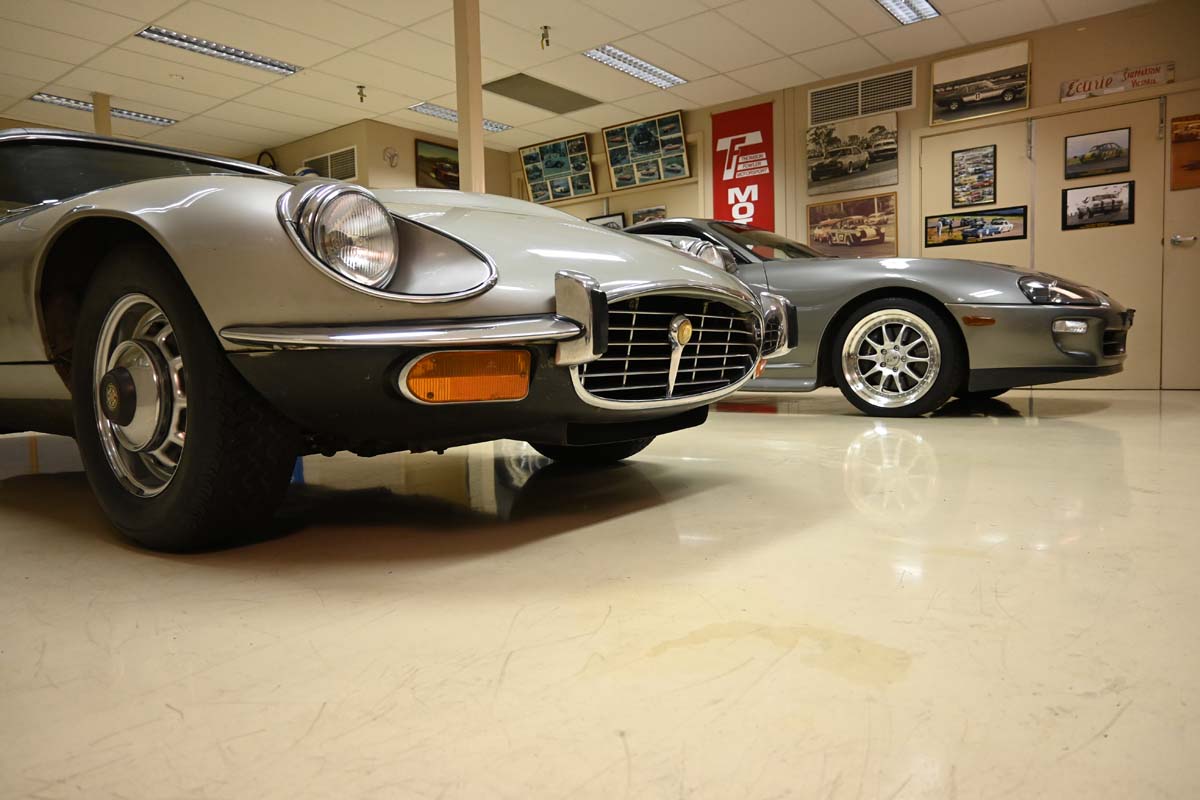 While motorcycles make up the bulk of the lots on offer from Thomson’s collection, there are two desirable cars up for grabs, too, in the form of a Jaguar E-Type and Toyota Supra. 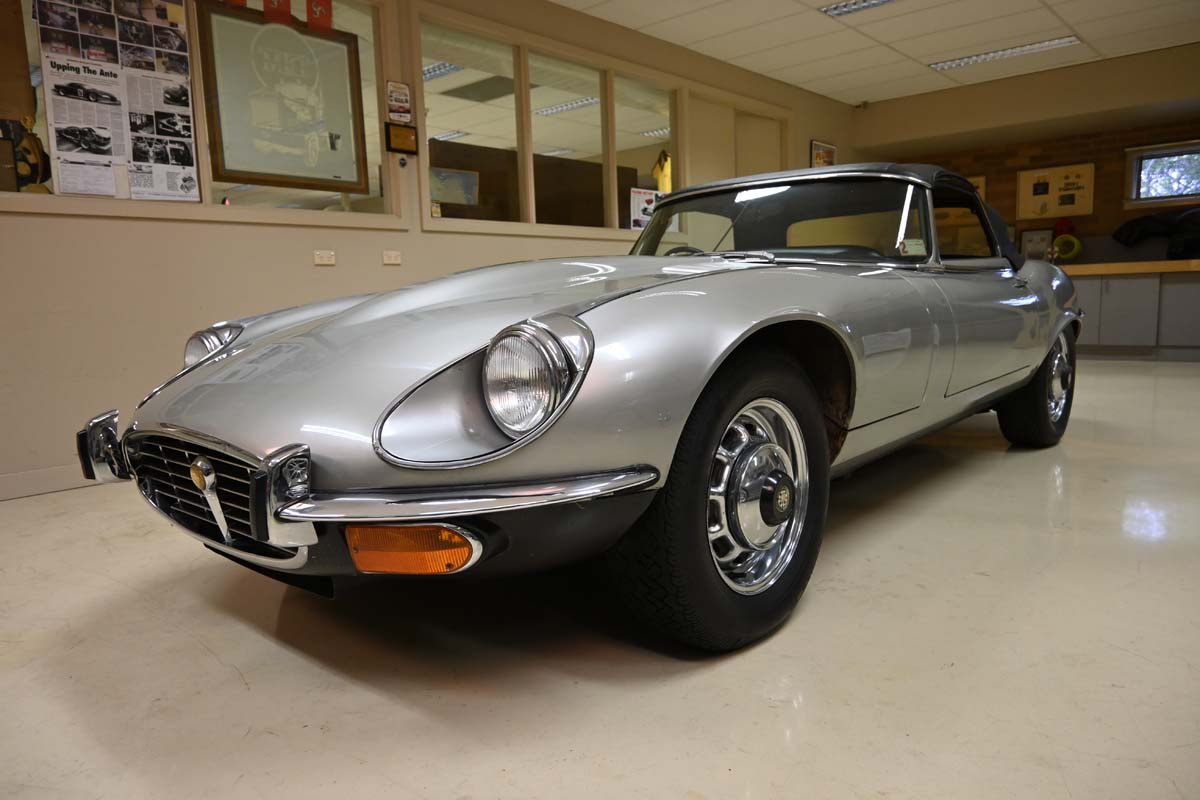 The E-Type OTS (aka two-seat roadster) with a 5.3-litre V12 and 4-speed manual transmission is a car Thomson has owned for 44 years. The first owner was an Australian medical student living in London and the car was paid for by his father as a graduation present. 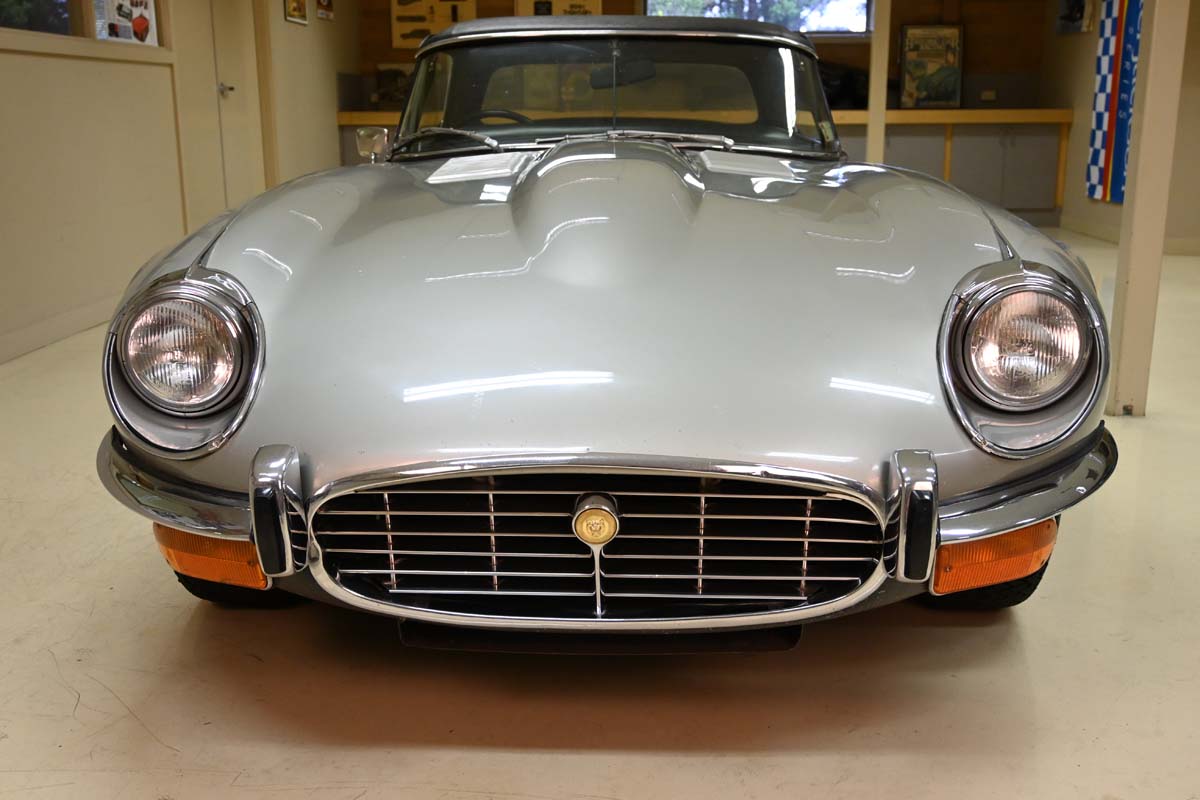 That original owner only held onto it for a few years, though, with Thomson purchasing it from a Brighton (Victoria) dealership in 1977. Thomson used the E-Type as his daily driver for 14 months, before the purchase of a new XJ-S saw the E-Type relegated to ‘occasional drive’ status. The car was well looked-after, though, and still presents well ahead of the auction. 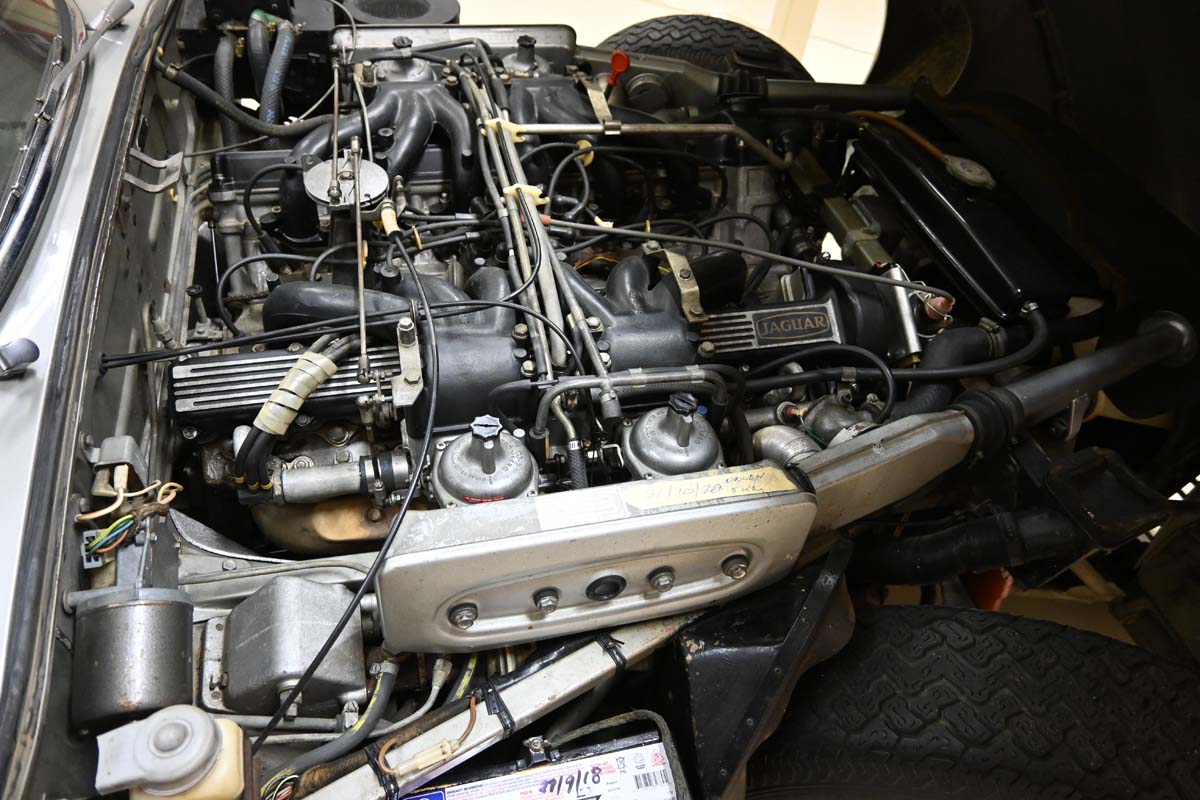 Along with its matching-numbers drivetrain, the appeal with this E-Type is its originality. Unrestored, the car retains its original silver paint, polished steel wheels, black fabric hood and black interior trim, all of which present well but are not concours standard. 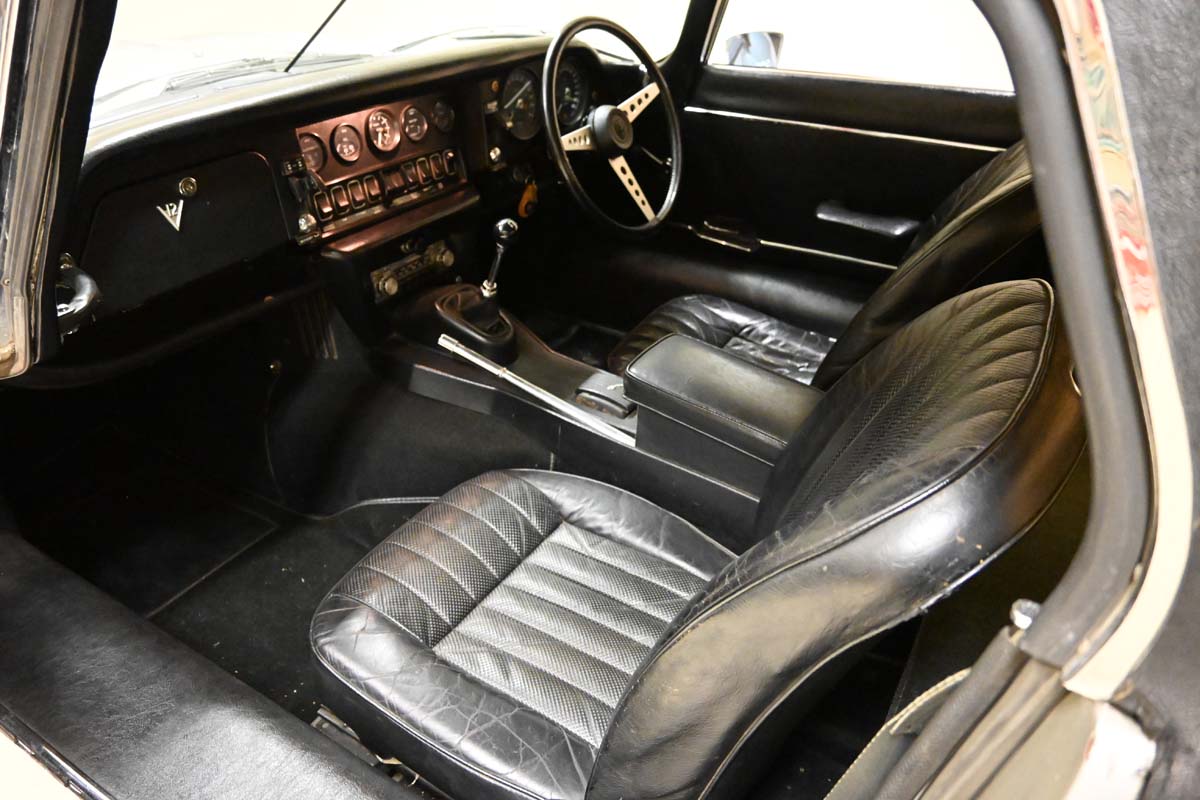 Given 2021 is the E-Type’s 60th Anniversary, the surge in interest in this iconic British sports car should see this example sell well. With low (53,000) mileage and a Jaguar Heritage Trust certificate included, Donington Auctions have attached a $120,000-$170,000 estimate to this car ahead of the 20 June auction. 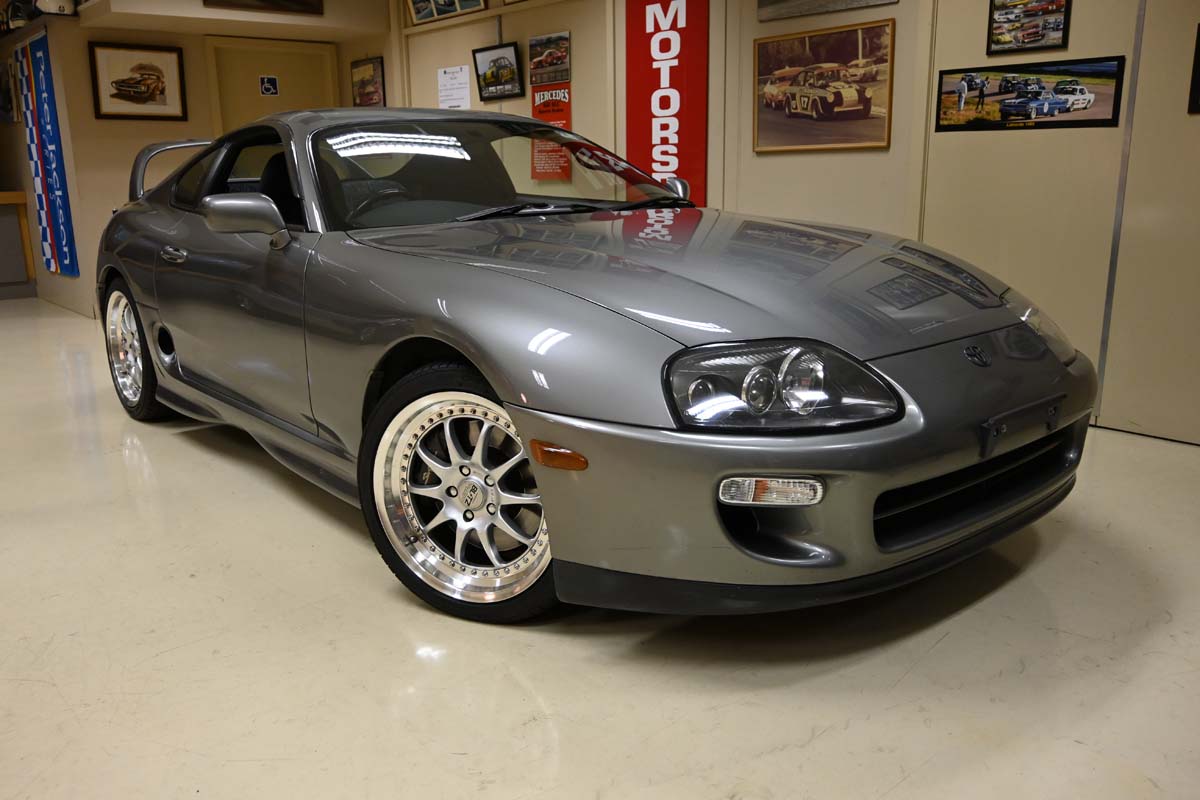 A fourth-generation (A80) Toyota Supra may seem an odd choice for a 69-year-old to buy, but Thomson has a history with the Japanese sports coupe, having turned the ex-Bob Jane Chev Monza into a Supra-bodied Sports Sedan in the late 1980s.

In that car, Thomson won the Australian Sports Sedan series three years in a row, then used another Supra in the Australian Endurance Championship and Bathurst 12 Hour in the early 1990s, before wrapping up his circuit racing career in a worked 600hp (447kW) Supra RZ in the Nations Cup Championship. 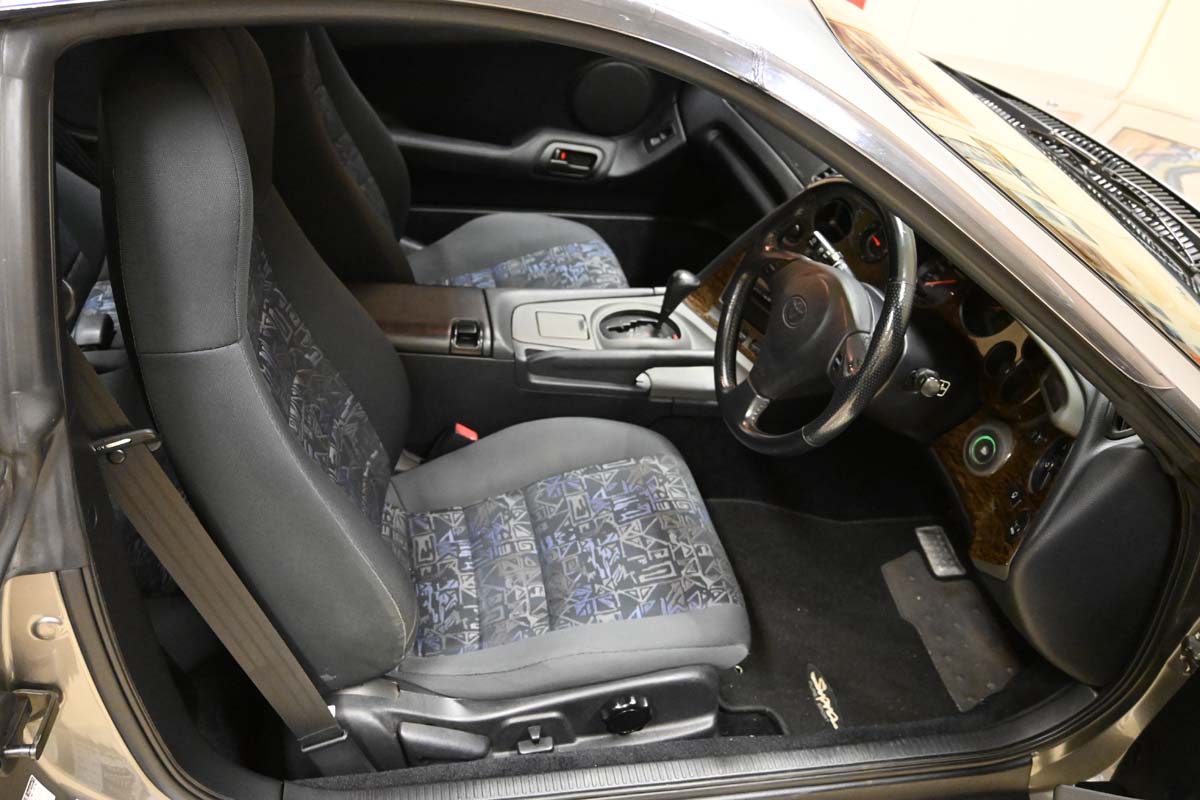 Thomson acquired this 1998-model JDM Supra in 2004 from fellow racer Jeff Munday, part trading his Mercedes Benz 450SLC Sports Sedan. Munday had ordered the Supra from Japan to race, but Toyota erroneously sent an automatic model.  As Thomson was still racing in Nations Cup at the time, Munday convinced him he needed a Supra road car to match his Supra race car! 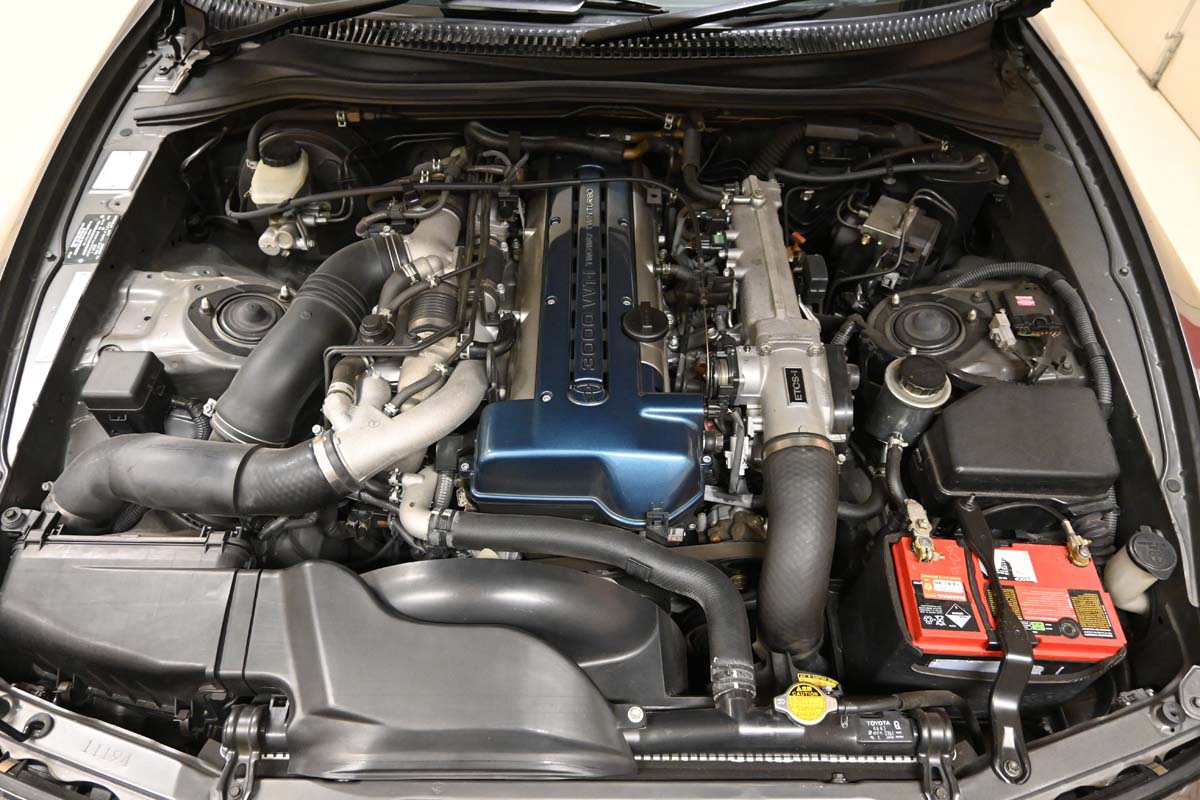 Like the E-Type, this Supra is an original, unmolested, low mileage (41,700km) example with the silver paint and cloth interior in very good condition overall. Thanks to the growing ‘youngtimer’ movement, the A80 Supra is fast becoming a collector’s item, so units like this are rising in value.

As consigned for the Donington auction, this Supra is fitted with low profile ‘Blitz’ performance wheels, but the four factory wheels are included, along with an original sales brochure and ‘Toyota Supra Performance Portfolio 1982-1998’ book. 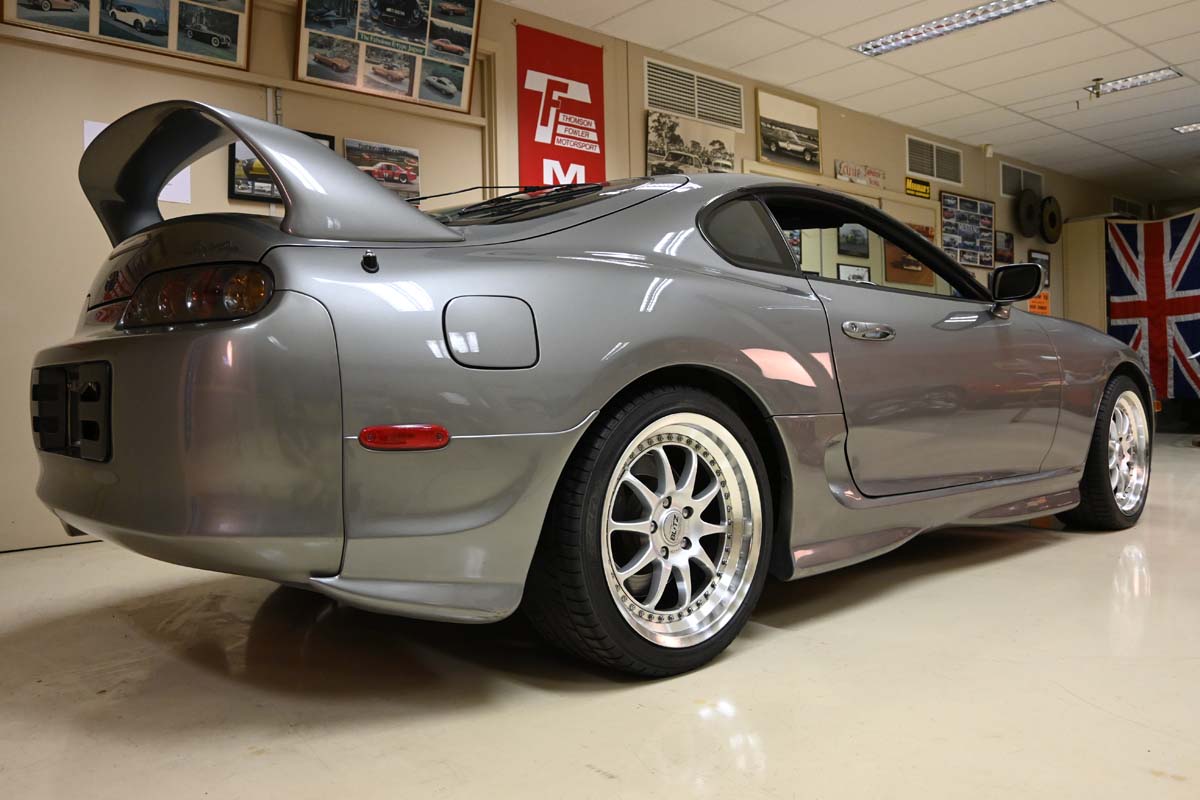