First up, a new Bugatti Veyron 16.4 Super Sport achieved a new land speed record for production cars on Volkswagen's proving ground. In the presence of the German Technical Inspection Agency (TuV) and a representative of Guinness Book of Records, the Super Sport achieved an average top speed of 431 km/h.

This street legal beast delivers 882kW of power and 1500Nm of torque to project the Bugatti to a top speed of 415km/h.

Just five Super Sport models will be produced. The Super Sport builds on the original Bugatti Veyron launched in 2005. Work designed to push the extremes of performance includes a twin clutch gearbox with seven speeds, four enlarged turbo-chargers, and bigger intercoolers to boost the performance of the 16-cylinder engine. The chassis has been extensively redesigned to maintain safety at extreme speed - thanks to slightly raised main-spring travel, stronger stabilisers, and new shock absorbers with a complex architecture originally developed for racing cars. With lateral acceleration of up to 1.4 G and improved interaction between the tyres and the intelligent all-wheel drive system, the Super Sport offers perfect handling and even more powerful acceleration on corner exits.

The body has been fine-tuned to improve aerodynamic efficiency and maintain perfect balance, while the new fibre structure of the all carbon monocoque ensures maximum torsion rigidity and passive safety - at reduced weight. The skin is made entirely of carbon-fibre composites.

Bugatti has a tradition of making super-sport versions of successful models, usually with racing chassis and supercharged engines. These cars were considered as true racing machines for diehard Bugatti devotees. The most successful were the type 55 and type 57S; only around forty of each were built.

The new Super Sport debuted at the famous Peddle Beach Concours in California in August. 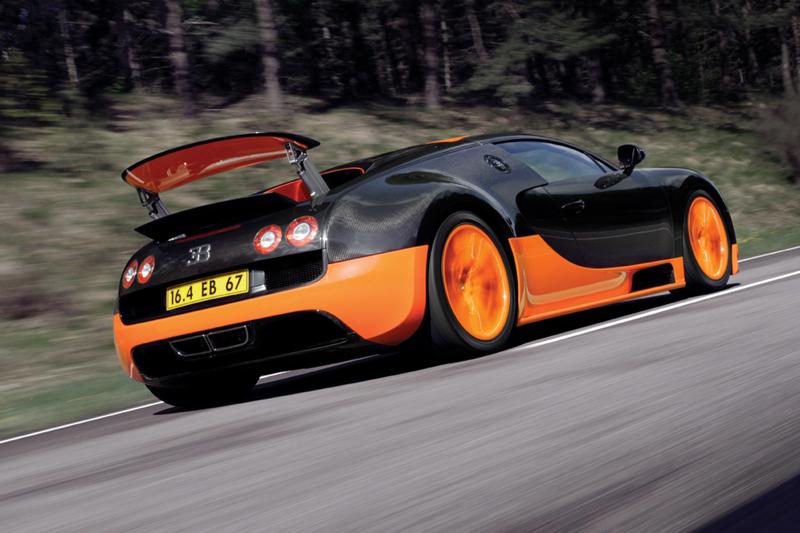 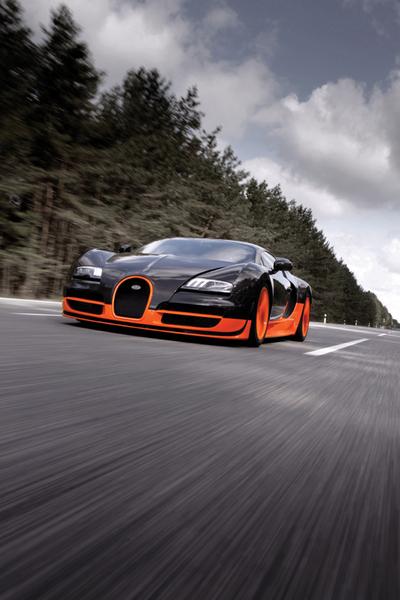 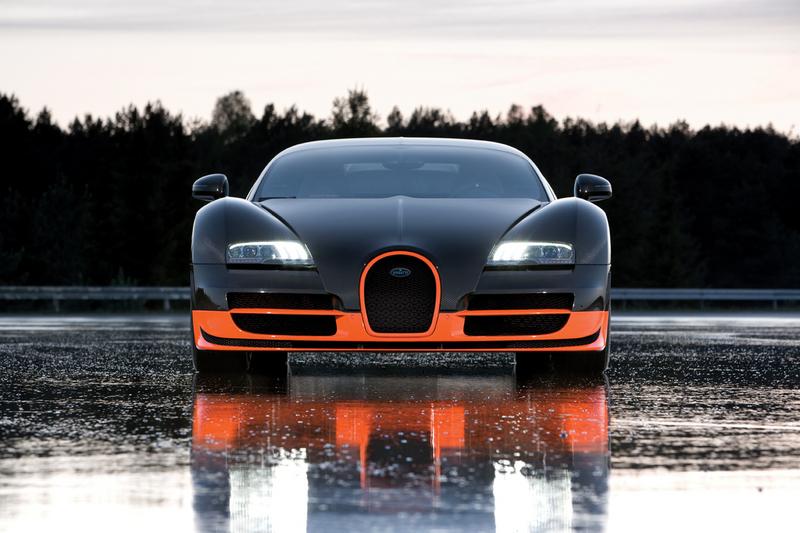