But this time it was without the bike, stopwatch or lycra as he strapped himself into a Lotus sports car.
When he returned to Australia at the end of the Northern Hemisphere cycling season, World number one ranked cyclist Cadel Evans headed straight to the track.

But this time it was without the bike, stopwatch or lycra as he strapped himself into a Lotus sports car. Ranked number one on the world ProTour and Tour de France 2007 runner-up, Evans has had an outstanding competitive year. Though he spends nine months of the year training and competing in Europe, Evans returns home for three months every year. In the lead-up to the Sandown GT Classic 500km race held last December, Evans temporarily traded his Ridley road racing bike for a 163kW supercharged Exige S for some hot laps around the circuit, courtesy of Lotus Cars Australia. "I like to unwind and get away from bikes by driving on a track as much as possible," says Evans of his four-wheel hobby. "I've always been a car guy and I'll jump at any chance I can get to go on the track. I've driven at Sandown once before so at least I know where it goes." "Cars are my passion outside of cycling; I like the classics," enthused the 30-year-old, "but I'm a big Lotus fan; I have an Elise R back in Switzerland. I read all the mags and I know a bit about Lotus design and the company. I just like the purity of the Elise."

Despite being a little rusty with a right hand drive manual, there's clearly competitive spirit in Evans that runs beyond two wheels. Quick into the corners, Evans had the Exige S well into fifth gear topping 210km/h down Sandown's front straight. "My biggest problem today was turning in to the corners too early. I used to do that when I was racing mountain bikes because it would slide a bit on the dirt. But once I learnt to apex later I was much quicker. But I just wanted to learn and have a bit of fun so I was happy to pick up a few tips and turn in around 20 laps." So would he consider a switch to car racing one day? "I don't think my insurance guy would like it too much at the moment, but I'd love to do some tarmac rallies some day." 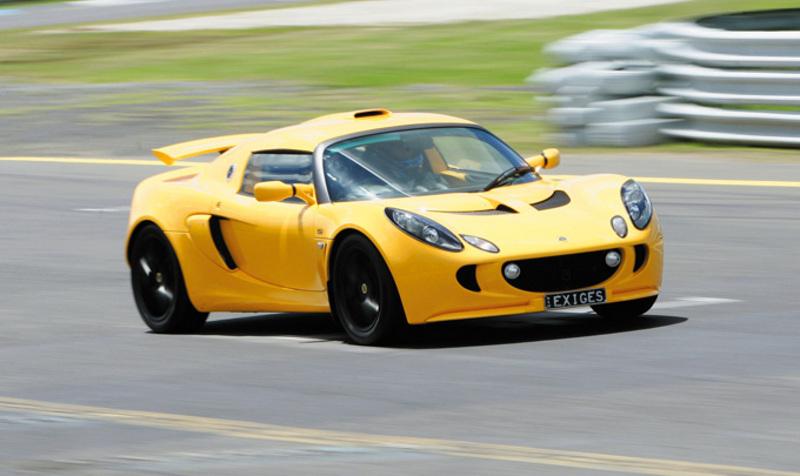 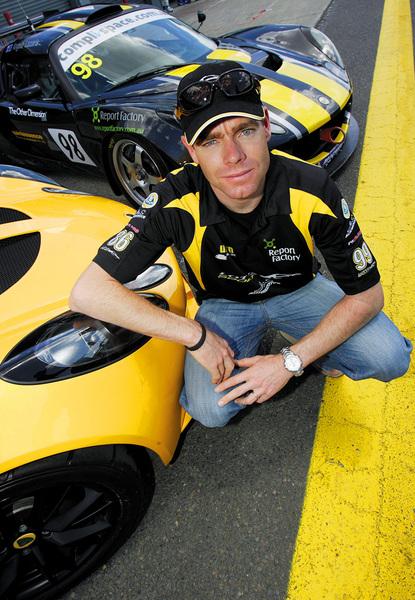