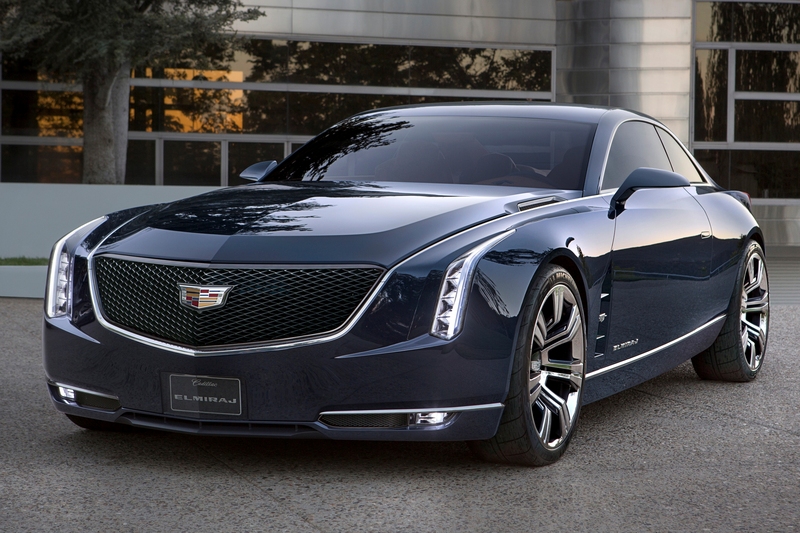 Styling of the 17 feet (5.2 metres) long Elmiraj two-door coupe concept is a continuation of the Ciel convertible concept (which also made its debut at Pebble Beach in 2011), with the ongoing development pointing towards a future production model Cadillac.

The concept vehicle's architecture expands Cadillac's commitment to lightweight RWD performance, exemplified in the ATS sport sedan and the all-new and elevated 2014 CTS, which is set to launch shortly in the U.S.

Exterior
Cadillac approaches concept cars as a method for projecting design forward rather than simply exaggerating or "teasing" future production models. Elmiraj was created from this mindset, and therefore suggests new territory for Cadillac Art & Science.

"This concept is the second chapter, following the Ciel Concept, of our exploration of the personas of true luxury," said Clay Dean, executive director of advanced design. "This project originated around the simple persona of "the drive," or the visceral experience of driving a great luxury coupe. It's an expression of the confidence and poise you feel driving a high-performance car, which we feel is an essential element of top-level luxury."

The long hood, short deck (or long dash-to-axle front profile, to use Cadillac parlance) profile has been a Cadillac styling feature since the late 60s (the '67 Cadillac Eldorado was a reference source for the Elmiraj design), and in this instance, gives the coupe a performance-oriented look. A long wheelbase and clean, slab-sided body emphasise the Elmiraj's size and characterizes the car's spacious dimensions.

Front and rear ends defined by blade-like lights give the impression of width front and rear, and create taut guard lines. A gently applied feature line in the sheet metal extends the full length of the body side, connecting those vertical front and rear elements. The broad grille features Cadillac's crest in a larger, but more stylised form, tailored to the car's overall design and modern appearance.

Two vents in the car's long bonnet are functional, acting as hot air outlets for the engine. Elmiraj has 22-x-9-in. aluminium wheels are backed by large ceramic brakes with Cadillac monoblock calipers. The rich blue exterior finish is described as being a Vsport feature, identifying the new packaging and trim level, which slots underneath the high-performance V-Series in the Cadillac lineup.

"Elmiraj is about poise and proportion," said Niki Smart, lead exterior designer. "We wanted a mature statement for Cadillac, where simplicity and subtle adornments create a purposeful presence."

The upper section of the instrument panel is a single piece, trimmed in camel leather, extending across the full width of the car, while the lower forms a cockpit space that Cadillac say is "tailored for performance". Beneath that is wood trim, in handpicked fallen Brazilian Rosewood. The wood was hand-cut into three dimensional sections for control of the grain flow. Backlit titanium trim curves from the cowl to the doors, dividing the upper and lower sections.

The concept's instrumentation features an analogue tachometer and speedometer that are transparent. Directly behind the analogue gauges sits a wide screen, high resolution display which projects driver information and the output of a front-mounted camera. A 10-inch touchscreen for navigation and connectivity can be concealed inside the instrument panel when not in use.

Designers at General Motors' advanced design studio in North Hollywood, Calif., under the direction of Frank Saucedo, led the development of the car's interior and exterior. Elmiraj was hand-built by in-house craftsmen in Michigan. 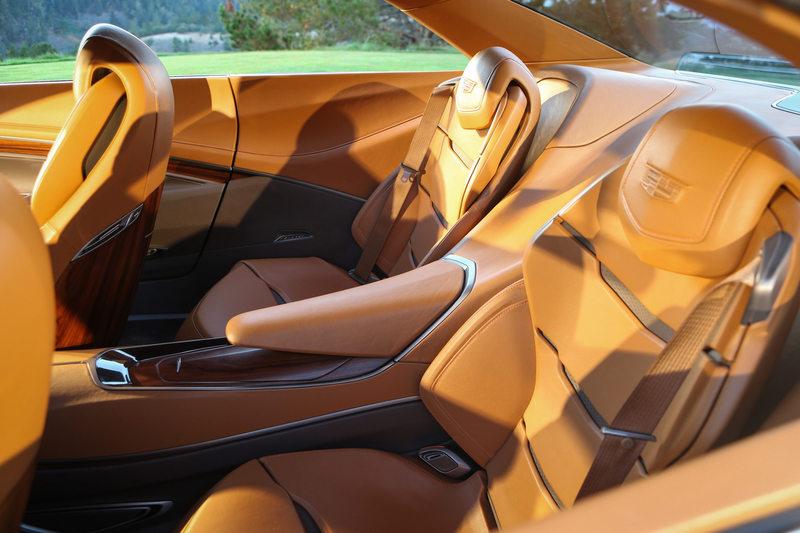 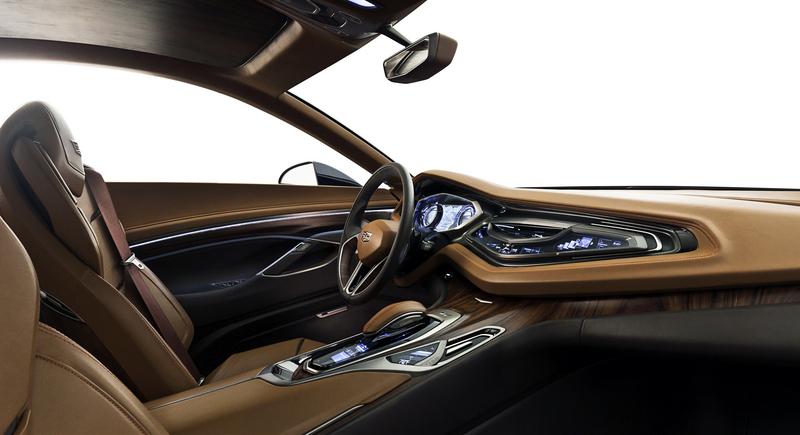 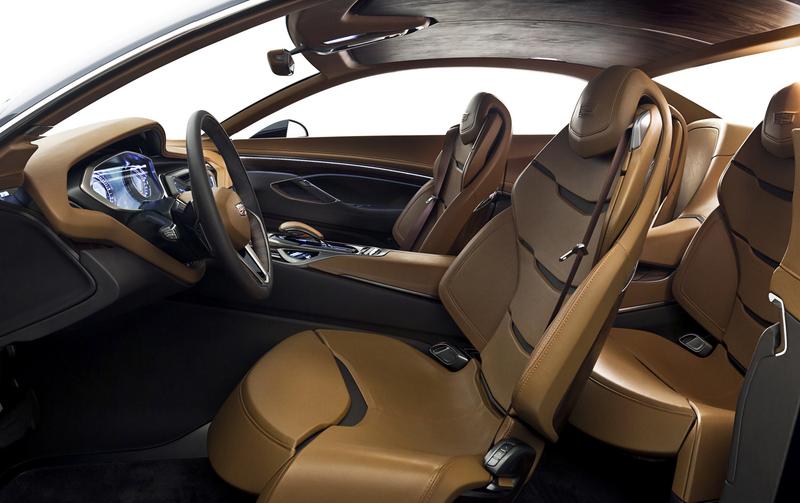 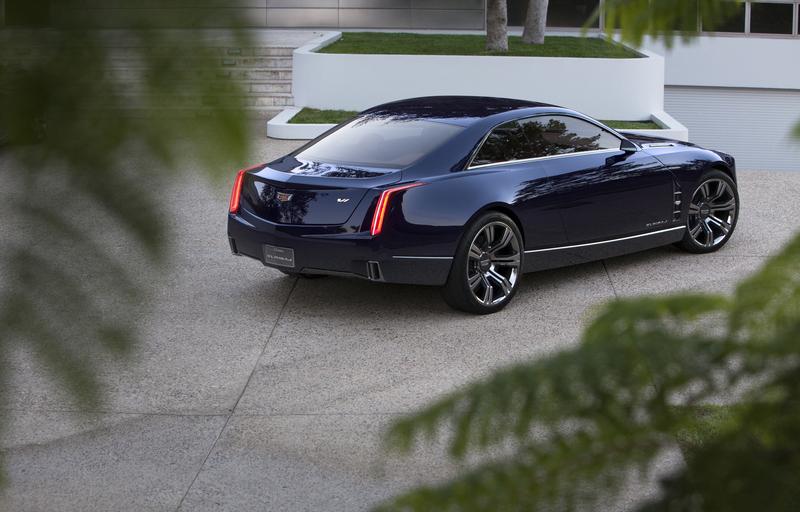