Launched in its home market in May 2009, the new 2010 fifth-generation car has been described by Automobile magazine in the United States as "… the ultimate red-blooded, blue collar fashion statement."

In another rave review, Motor Trend magazine said: "Chevrolet has pulled off a near masterstroke. The new Camaro excels by almost every objective and subjective measure: design, power, handling, efficiency, comfort, convenience, safety and, perhaps most important of all, accessability to the Camaro faithful."

While much of the design, development and testing of the new Camaro was done in Australia by Holden, Queensland based Performax International has produced a factory perfect right hand drive version that is available in both V8 and V6 guises and the striking sports coupe will carry full Australian Design Rule compliance.

Performax is one of Australia's leading importers and converters of new US built passenger vehicles and its first RHD car was an orange 6.2-litre SS V8 model.

The company sourced one of the first Camaros that went on sale in the US and shipped it to its factory in Gympie, Queensland, to start prototype conversion work. Using CAD software and starting with a three dimensional computer scan of parts that were needed for right hand drive, the scans were then reverse engineered and solid plastic prototypes produced by a three- dimensional printer.

"We're proud to be bringing such an eagerly awaited new car with an iconic badge back to Australia," he said.

"It's certainly the best RHD car we have ever produced in both engineering and appearance.

"The Camaro SS drives just like it does from the factory, meaning it has the same outstanding handling, tactile steering and powerful V8 performance noted by American reviewers. The driving position, including the relationship between steering wheel, pedals and seat, is perfect.

"Thanks to our industry leading computer aided design and plastic injection moulding technology, we have been able to re-create the fascia, door panels, centre console, ventilation ducts, wiper cowl and other parts with total accuracy of fit and finish."

"For something that will be an absolute standout on Australian roads - it's great value for money," Vandenberg added. 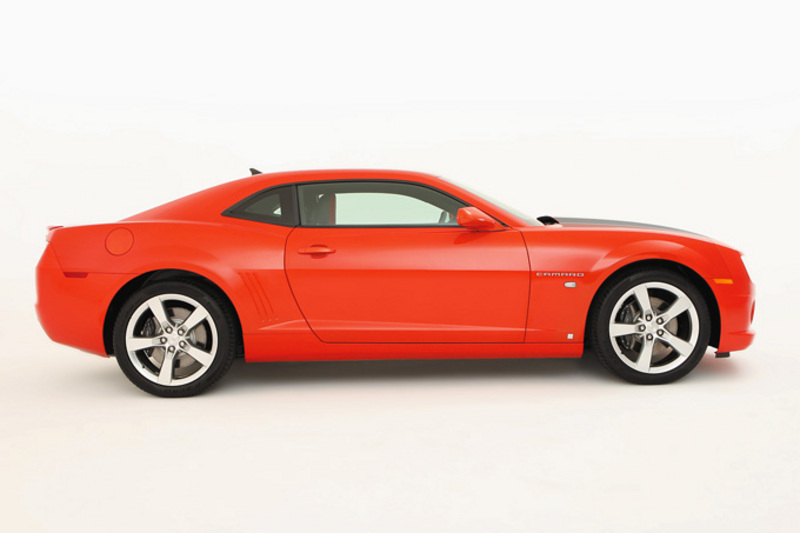