Carlo is no stranger to customising machines and has been around the motorcycle industry for years, and recently he launched Carlo Hallacq Design, a boutique motorcycle and now car design studio, building this Charger to show how he can create stylish customs without spending a fortune of your money.

“There’s appetite in the car market for those who are time-poor but expect excellence in the final product,” says Carlo as he shows us this pristine example of Australian motoring culture. 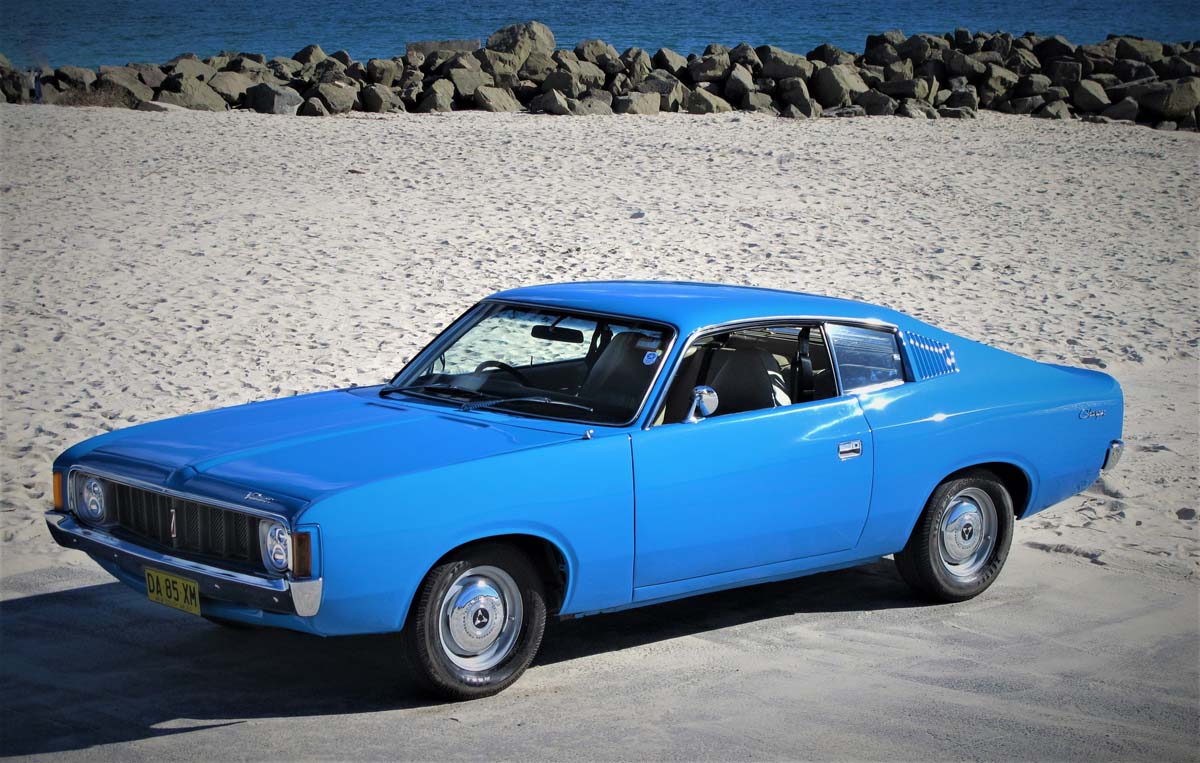 “We help refine customer wishes and execute their vision through our own creative design studio and the technical expertise of our selected trade contractors. The end result is what I call emotive art,” adds the meticulous visionary who obviously cares about the customer and the car above all else.

Carlo Hallacq was raised to believe in himself and find success through hard work and talent. He excelled through school, then as an apprentice (two times BMW Apprentice of the Year) and later invented and patented a high-tech key system. As a boxer he even took a shot at the Olympic Games and was the Australia Taekwondo Federation Grand Champion at 17 years of age, defeating older and more experienced men, such is the determination and focus of the man. 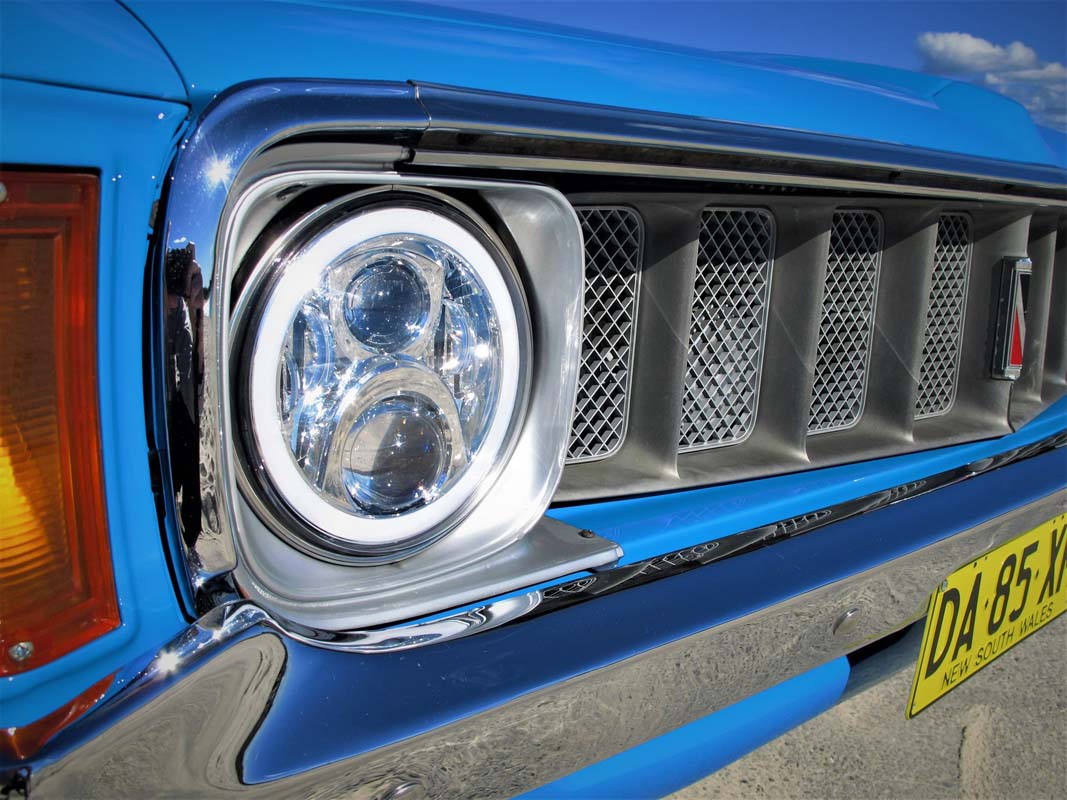 With a number of personal and financial achievements in his quiver, Carlo is not building this new venture purely for success but does so to satisfy his passion and drive to share a vision and creative goal with clients.

“My appreciation and love for automotive and mechanical art is what inspired me to create Carlo Hallacq Design," he says. 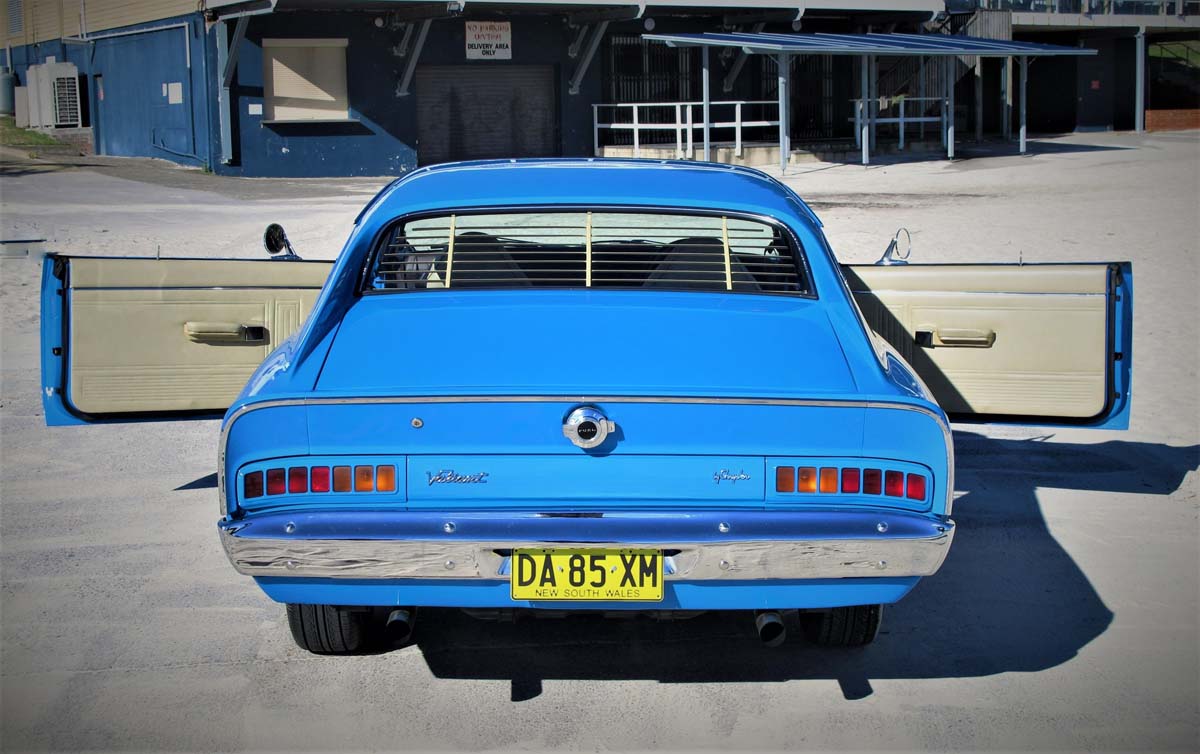 “For me, at an elite level, mechanical creations are an art form not only in luxury goods such as watches but also in the automotive arena, witness the Pagani. On a fundamental level, any vehicle from any vintage is and can be art – it’s in the eye of the beholder and I help clients see that to reality.”

“My design and engineering criteria are to maintain the originality and essence of the vehicles, whilst subtlety upgrading their safety and performance, to enable full enjoyment of the analogue experience, an experience that only the last of the true gasoline cars can offer.” 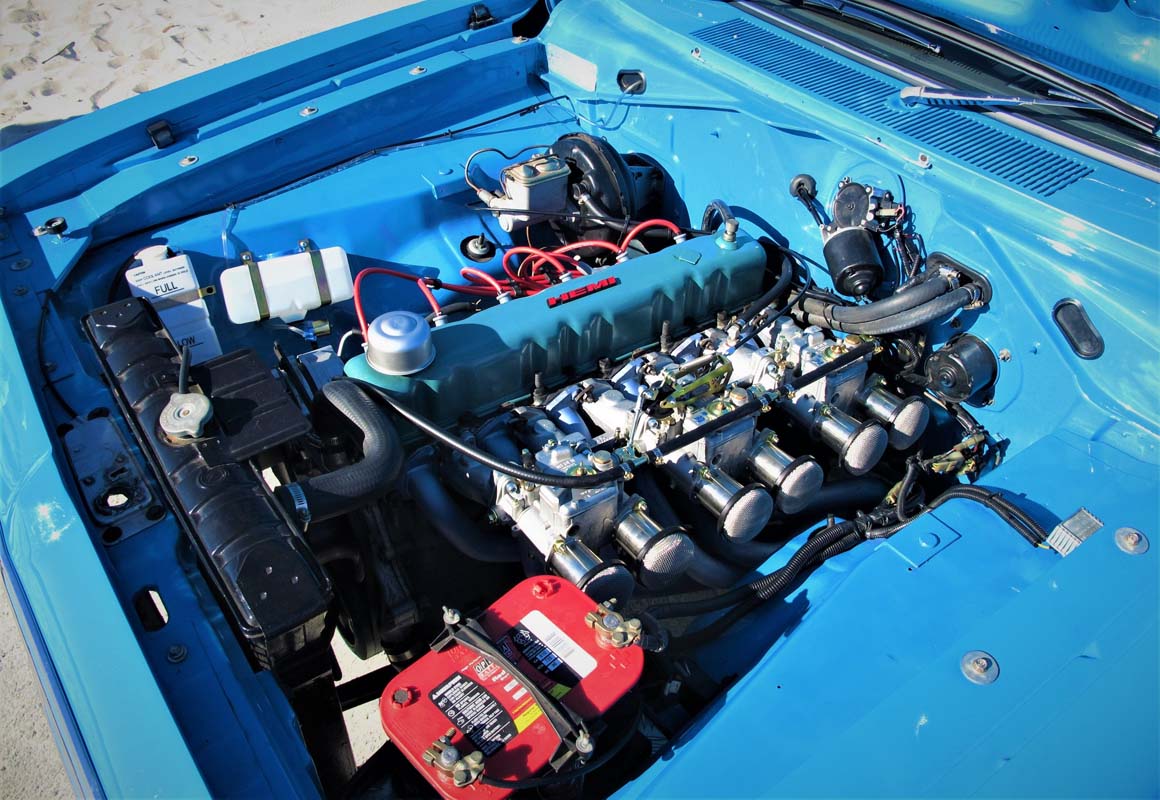 Carlo chose the Charger as the company’s inaugural car because of its beautiful shape, its cultural identity, and its intrinsic simplicity.

“This Charger I have named Blue Evolution, as it has survived and improved over the decades,” says Carlo.

“It has had several modern modifications that do not detract from its originality and also, I added the best of what Chrysler had to offer in that ‘70s period. 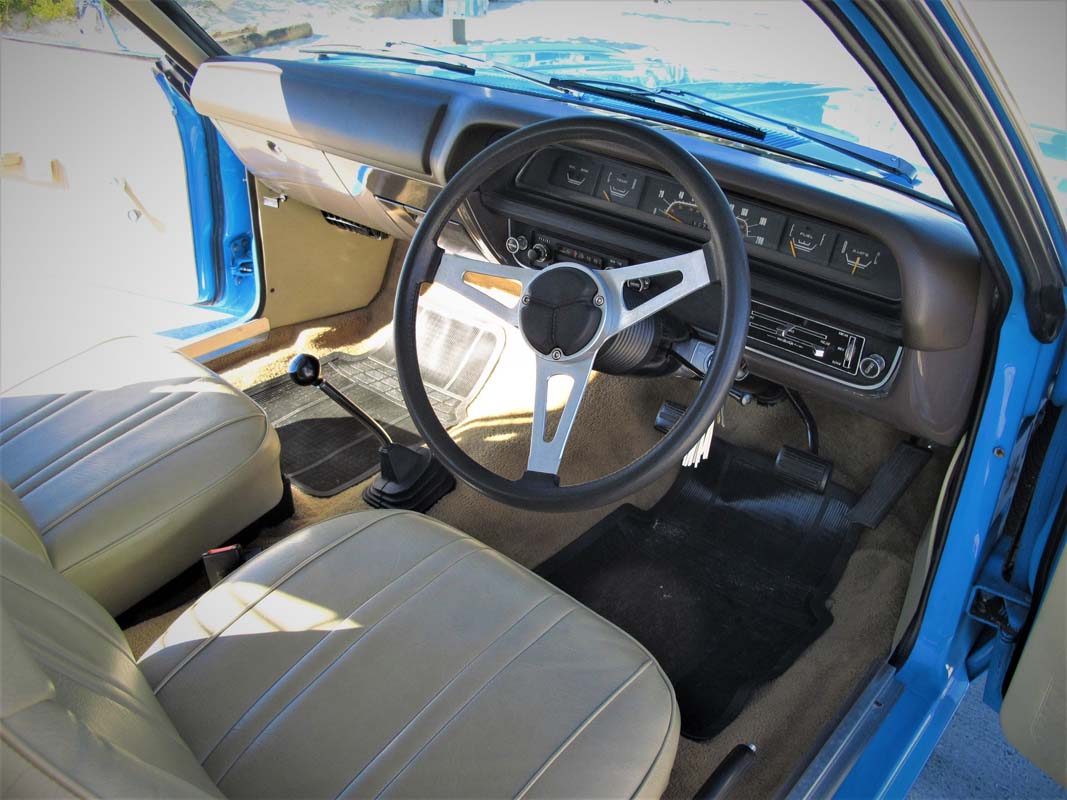 “People stop and say that the car looks like it is totally original, and it does look that way, but it’s designed as a ‘sleeper’ with performance that exhilarates the senses rather than outright speed.

Underneath the long blue bonnet up front is a 245 straight-six Hemi engine that has been fitted with a Weber 6 Pack from the E49, the manifold and carbies sourced straight from Weber Australia. These were fitted and dyno-tuned by Joe of Hi Comp Performance & Engines at Minchinbury. 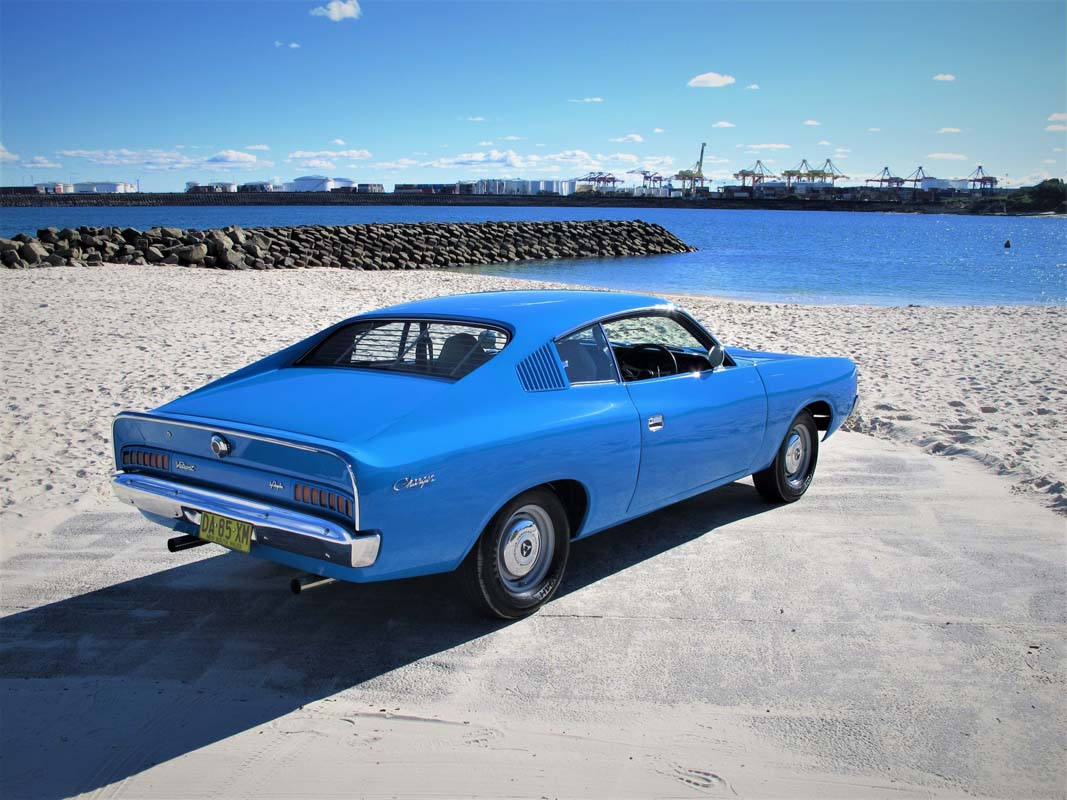 After the combustion cycle has finished, exhaust gases flow through E49 extractors and down a dual exhaust system fitted by Hi-Tech Mufflers of Surry Hills for a thunderous soundtrack. Joining some of the mechanical modifications is a three-speed manual gearbox that has been reset and recalibrated to give it a feel “that’s Honda like and taut,” says Carlo.

Beyond the mechanics are upgrades and updates to technology. The headlights are LEDs, sourced from Pro-Vision Lighting and Electrical. The car is also now Bluetooth enabled, with the fitment of an original radio that was internally modified by "Classic Auto Sound" so that it allows a smartphone connection. 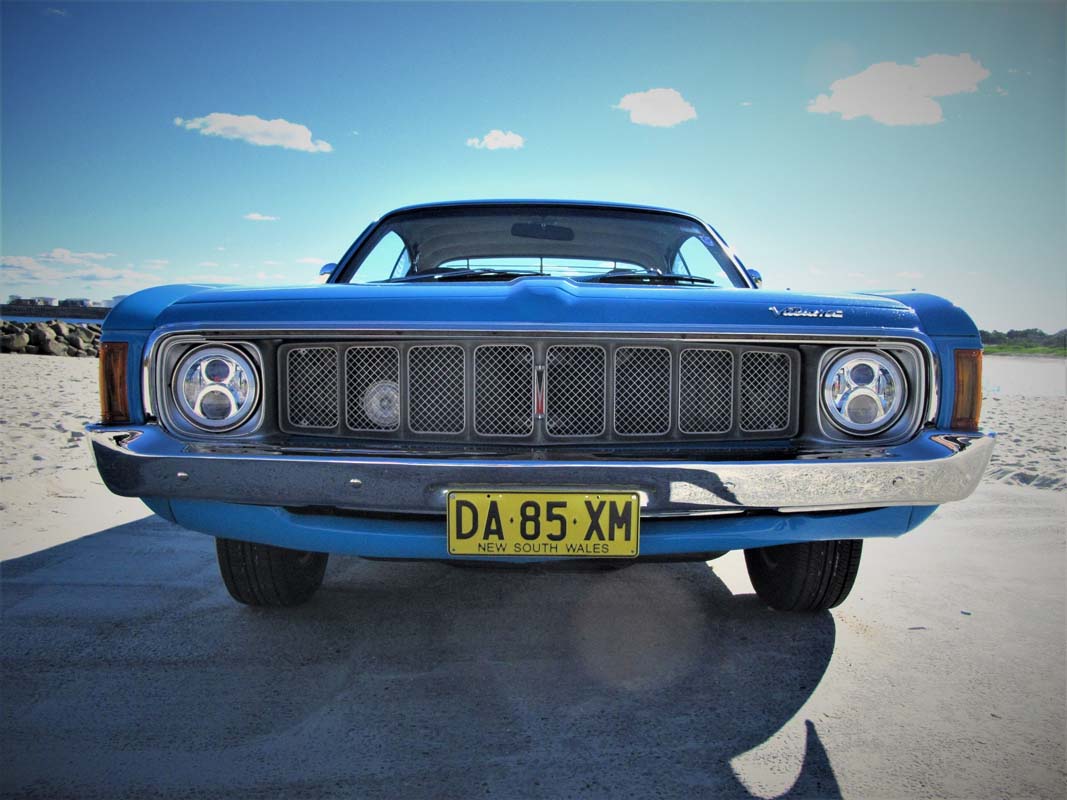 For those hungry for a custom of their own, Carlo is an easy to get along with and approachable figure. When you order your own, Carlo is ready to go through the creative stages before making the machine turn into reality.