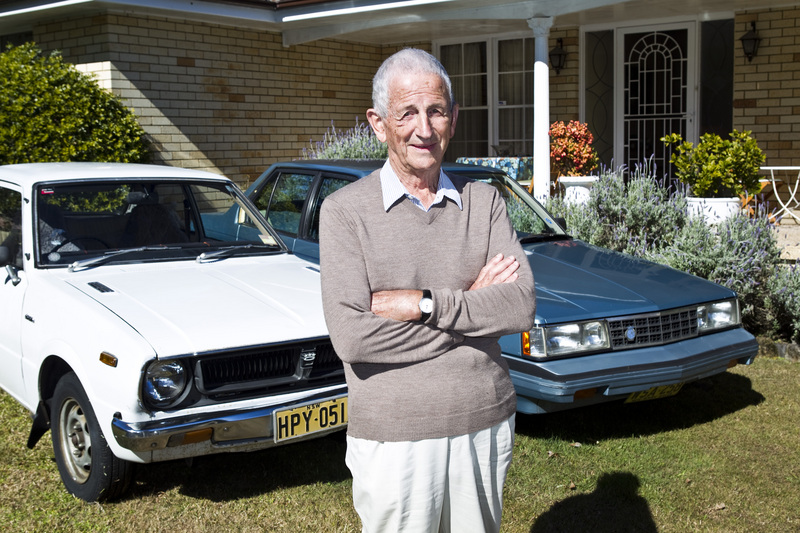 Bernie Giuliano has driven his 1985 Corona Avante 2.0-litre sedan since new, while his wife drove a 1975 Corolla two-door sedan
Clocking up more than 60 years of reliable motoring from two Toyotas, a Sydney family makes the case for keeping the family car.

Bernie Giuliano has driven his 1985 Corona Avante 2.0-litre sedan since new, while his wife drove a 1975 Corolla two-door sedan.

The Corona, which has clocked up over 360,000km, was Mr Giuliano's company car when he was the editor of NRMA member magazine The Open Road.

After retiring in 1988 Mr Giuliano purchased the car from the NRMA, and he and his wife have driven it ever since.

"As I was retired I didn't need to commute in traffic but we've used it for lots of short trips around the suburbs, driving to Port Stephens for holidays or visiting our daughter in the southern highlands south-west of Sydney.

"Over the years we have made many trips around New South Wales, and to Victoria and Queensland, so it's covered a bit of ground."

The Corona also served them well on a much larger trip back in 1997.

"We drove it all the way up to Port Douglas, then across to Alice Springs and Uluru, before heading down to Port Augusta in South Australia and back to Sydney via Broken Hill."

Mr Giuliano has had the Corona serviced every six months by his local mechanic.

"The engine and transmission are original," he says, adding that there's been no major mechanical problems over the life of the car.

And after so many years of reliable motoring he has no plans to trade it in any time soon.

"To be honest my wife and I can't think of any reason to upgrade," Mr Giuliano says.

"It runs well and has all the features we need, like air-conditioning and central locking."

The family's other Toyota, a 1975 Corolla manual sedan, has been a reliable car for the family too.

"We bought it new and my wife drove it for many years; it's done about the same number of kilometres as the Corona," Mr Giuliano says, adding that about 12 years ago the engine was fully overhauled and the transmission was later replaced.

And while the Giuliano's no longer drive the Corolla, they've kept it in the family.

"Our younger daughter, who lives in Sydney, drives it now as her second car," he says.

"It still goes well and is a very useful car," Mr Giuliano says.