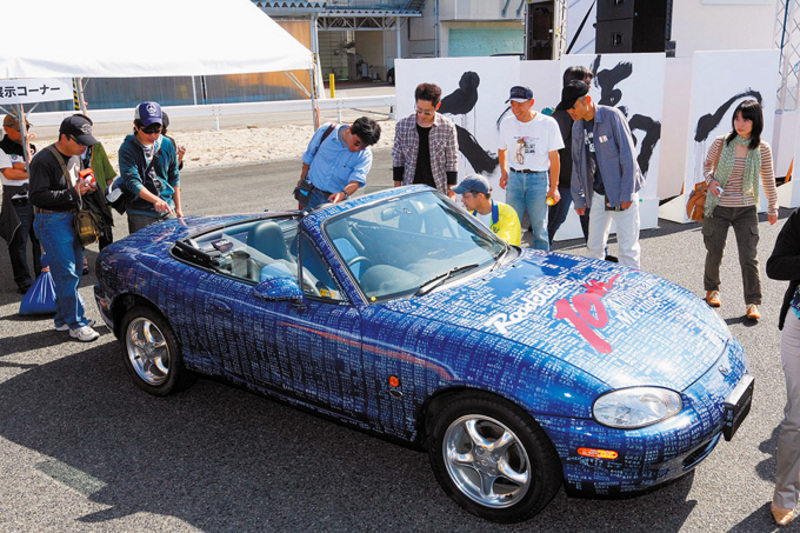 To celebrate the 20th Anniversary of the Mazda MX-5, Mazda Motor Corporation hosted a special commemorative event on September 20, 2009, at its Miyoshi Proving Ground in western Japan.

To commemorate the milestone, over 1,600 Roadsters and their owners made their way to the car's birthplace at the Miyoshi Proving Ground.

When the proving ground gates opened at 6:30am, the arriving Roadsters were welcomed home by attending staff. Approximately 2,600 owners and fans had journeyed from all over Japan and overseas to join in the celebration. The event was officially launched with a toast from a 20-year old MX-5 owner, born the same year as the iconic vehicle was launched.

During the event, members of the development team and MX-5 owners from abroad delivered congratulatory speeches, MX-5 owners' clubs from every region of Japan were introduced, and guests were invited to take part in a Mazda MX-5 quiz. To bring the celebration to a close, Mazda's Director and Senior Managing Executive Officer in charge of vehicle development, Seita Kanai, stood up to address the crowd. His cry of, "The Roadster is forever!" was greeted by thunderous applause from the spectators.

To end with a Zoom-Zoom flourish, all 1,600 Roadsters formed up to parade around the track before leaving the Miyoshi Proving Ground with a fond farewell from the Mazda staff. 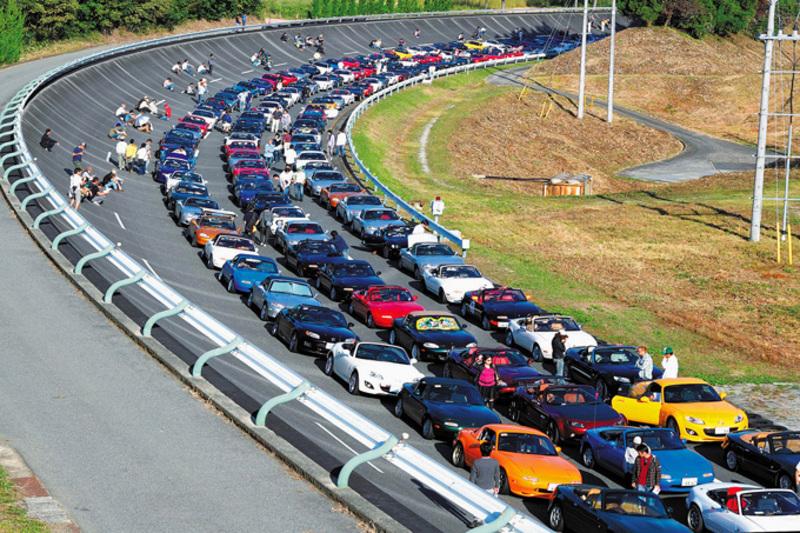 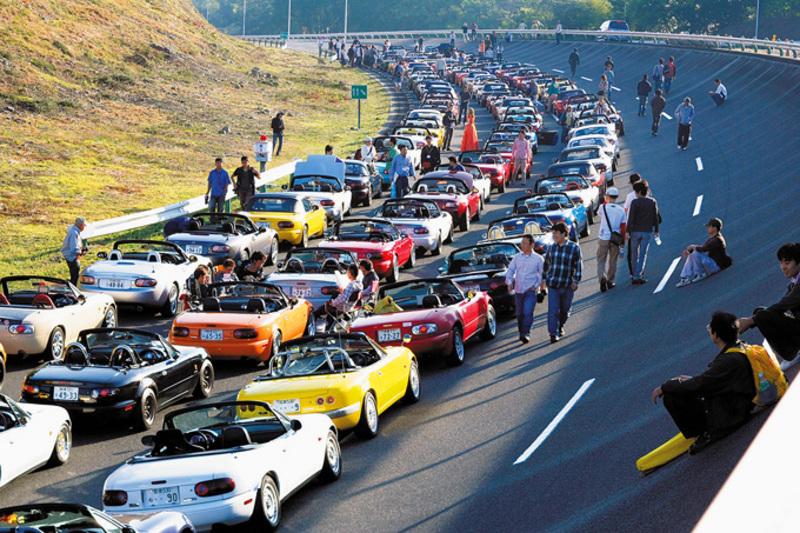