This year's top prize was secured by Loeb's team mate, Sébastien Ogier, who took victory to end Loeb's record setting run in the rally
The 2011 Rally of Germany will go down in history, with two new records and the end of a dazzling seven year World Championship run for Sebastian Loeb.

This year's top prize was secured by Loeb's team mate, Sébastien Ogier, who took victory to end Loeb's record setting run in the rally. The win is the 78th victory for Citroen, making it the most successful manufacturer in the WRC and gifting the Citroen DS3 eight consecutive win, another world record.

When the event started last Friday it looked like Loeb's record was already under threat, not from Ogier but Ford's Latvala who setting a benchmark time on the opening stage, after opting for hard compound tyres, compared to the Citroen team's unusual choice of soft compound on one side of the car hard compound on the other. The Citroen choice proved decisive on stage two, when the rain poured and the Citroen domination started, the Fords left in the wake of the Citroen DS3.

"We opted for safety as we knew that there was a strong likelihood of rain," explained Loeb when he arrived back in the service park. "Starting on hard tyres meant that there was a lot more to lose than with our selection. Our tyre choice in SS1 surprised our rivals. It's a solution we tested and we found that it was a good one for this type of situation. All I had to do was to remember that the car did not behave in the same fashion when turning right or left!"

The sun came out in the afternoon, but it was too late for the Fords to catch up, with Loeb and Ogier steaming off into the distance, ending the day more than 80 seconds ahead of the chasing rivals. However, between the two Citroen's there was a gap of just 7.4 seconds, which meant that although it was odds on that a Citroen with a Sébastien at the wheel would climb to the top step of the podium, which DS3-driving Sébastien was yet to be decided.

The Panzerplatte Stage has claimed many top names and on Day Two of Rally Germany it was set to claim its biggest scalp yet. The day started with team orders stating that the crews were not to take risks and hold their position and then it all changed in the afternoon when, half way through Panzerplatte, Loeb got a puncture in the front left-hand tyre.

"I wasn't pushing and I don't really know why it punctured. There was nothing I could do," said Loeb.

This incident handed Ogier the lead with more than a minute in hand over his team-mate.

"There's no way I can be happy when a problem hits my team-mate, but I can't hide the fact that I'm happy to be in front this evening. What's just happened is a reminder that a rally is never won until the flag falls. The main thing is that Citroën is still in a good position to score a double and our aim is to finish the job tomorrow."

As on Friday, the stages on the third day were laid out on the roads in the vineyards bordering the Moselle. And as on Friday, thick clouds filled the sky just as the crews left the parc fermé in Trier. Météo France said there would be rain in the stages so the Citroën Racing mechanics changed the suspension settings and fitted Michelin Pilot Sport soft tyres on the two works DS3 WRCs.

In the first stage, Dhrontal, there were only a few damp spots. The Citroën Total World Rally Team crews did not take risks and consolidated their lead over their rivals losing a few seconds in the process. The next stage, Moselwein, was completely soaked. The choice of soft tyres enabled the two Sébastiens to avoid all the traps in this sector.

"We made the right choice this morning," said Ogier when he came back to the service park. "I stayed in the middle of the road and did not cut the apexes to avoid punctures. We're nursing our lead while trying to stay concentrated."

Loeb was fighting back, but happy to still be in the event.

"No worries. I'm just happy to drive," added Loeb. "As it looks like the rain's going to continue we're going to keep the soft rubber for the second loop and the power stage."

Loeb set the quickest time in stages 17 and 18 and was concentrating all his attention on the final stage that awards bonus points. The seven-time world champion really went for it in the streets of Trier and bagged three additional points by setting the quickest time while Ogier added two to his tally.

"I have to say that there was no way that victory in this rally was a foregone conclusion as I was up against Seb who has never lost in Germany and is always very quick on tarmac. I'm absolutely delighted with this win as we've proved that we're quick on this surface. It's boosted our motivation for the end of the championship. I'm not perhaps in the best position but I'll fight as long as I've still got a chance," commented Ogier.

"After my eight wins in Germany on the trot, there's no way I can be pleased with second place," frowned Loeb. "I've been saying for the past few years that this series would come to an end - and it has! We were unlucky but that's racing. Mathematically speaking my second place and the points from the power stage mean that we still have a victory in hand."

Citroen now travel to Australia for the next round and although Loeb leads the drivers' title chase, it is clear that Ogier is not planning to make an eight world title an easy target for his team mate. In the manufacturers' title chase although Citroen have a near 100 point lead over second-placed Ford, there was an ominous sign at the end of the Rally of Germany for the two teams that have dominated the sport for the past eight years - on the third step of the podium was Loeb's former team mate Dani Sordo having driven there in a Mini. 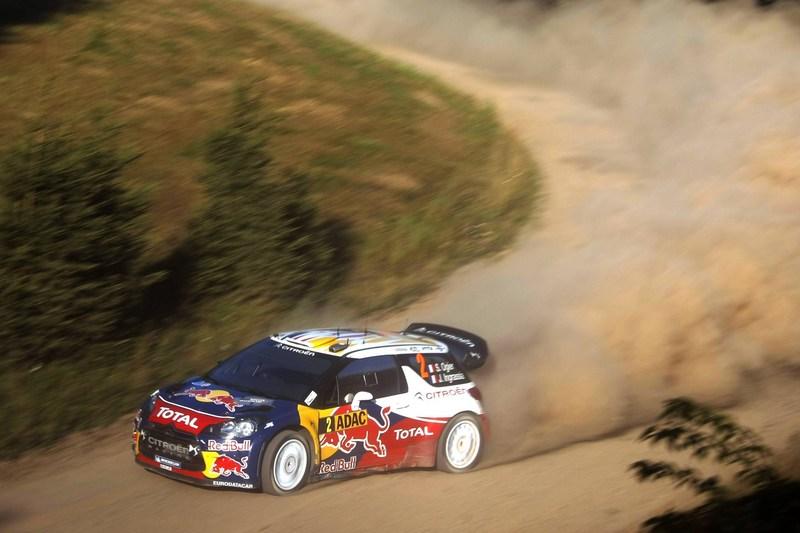 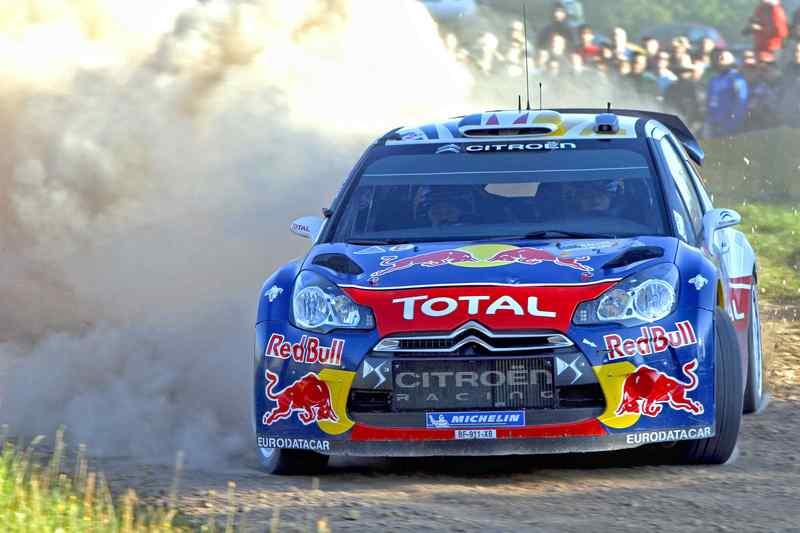