David Brown Automotive, the small-volume coachbuilding company known for their Aston Martin-inspired Speedback GT, used the London Motor Show this past May to unveil their latest creation - the ‘Mini Remastered’.

Taking the classic MkI shape, David Brown Automotive (DBA) adds a number of performance and appearance upgrades, including a luxurious interior, to bring the classic Mini into the 21st Century.

Described by DBA as “the ultimate modern classic for city driving”, the Mini Remastered combines a donor Mini (preferably a 1275cc-engined unit provided by the customer so the VIN and engine number can carry over), with a new British Motor Heritage MkI bodyshell, which is extensively modified.

Take a closer look at the photos and you’ll notice the external seams, a signature feature of early Minis, have been removed. This is part of the DBA modification process, as is removal of the roof gutter seam, but extensive bracing is used under the skin to maintain structural integrity. Part of this is a new cross-beam along the firewall which also allows for the mounting of an all-new dashboard and centre console.

Using their own coachbuilding expertise, DBA says that de-seaming the BMH bodyshells, along with other changes, modernises the look of the vehicle and allows for perfect shutlines.

Also notable on the exterior is the thin bar aluminium grille, which is inspired by the similar treatment on the Speedback GT. Other deviations from standard include bespoke aluminium bezels for the LED indicators and tail light clusters, bespoke body-coloured wheelarch flares, a chrome-plated fuel cap, bullet-style side mirrors with integral puddle lamps, and unique David Brown Automotive badging (there’s no ‘Mini’ badging or naming to be found anywhere on the car, as BMW owns the rights to the name).

Opening rear side windows are optional, as are items like LED headlights, a heated windscreen, auxiliary driving lights and even leather bonnet straps.

An optional bore increase to 1380cc improves power to a claimed 90hp (67kW), with the engine bay fully detailed, regardless of engine spec. These reconditioned and upgraded engines are matched to four-speed transmissions, which are also reconditioned to suit.

New 12-inch wheels, available in a variety of styles and finishes, are standard, matched to high-performance tyres.

Upgraded suspension and brakes are also part of each Mini Remastered build, with rear disc brakes optional, as is – surprisingly – power steering.

In the style of the upmarket Minis offered by the likes of Harold Radford and Wood & Pickett back in the 1960s and ‘70s, the Mini Remastered features an opulently-trimmed interior, with quality leather seating, plush carpets and modern connectivity.

The bespoke dashboard adds a central 7-inch touchscreen for the in-car infotainment and satnav system, as well as bespoke dials and switchgear.

Leather-upholstered seats are standard, with the leather trim extending to the dash area, doors, unique rear seat divider and even the boot, while the fuel tank is colour-matched to the roof.

Detail touches include luxury carpeting, a knurled aluminium finish on the dials, switchgear and front seat adjusters, integrated cup holders and a USB/AUX charging port in the glovebox.

The mark the release of the Mini Remastered, DBA are offering two introductory specials. The ‘Inspired by Monte Carlo’ and ‘Inspired by Café Racers’ editions are limited to 25 units each and carry distinctive styling touches.

The Monte Carlo also gets a 98hp (73kW) engine upgrade and twin exhaust outlets, with the optional rear disc brakes standard on this model.

The Inspired by Café Racers edition is appropriately finished in ‘Latte Cream’ and ‘Arabica Brown’, with other features including auxiliary driving lights set into the grille, front guard striping and bonnet straps.

DBA, which recently moved to an expanded facility at Silverstone, expects to produce around 50 to 100 units of the Mini Remastered each year, despite their high-end pricing. The Monte Carlo and Café Racer special editions are around AU$140,000 each, and while the standard Mini Remastered is expected to be less, it’s expected to still be a little over AU$100,000. 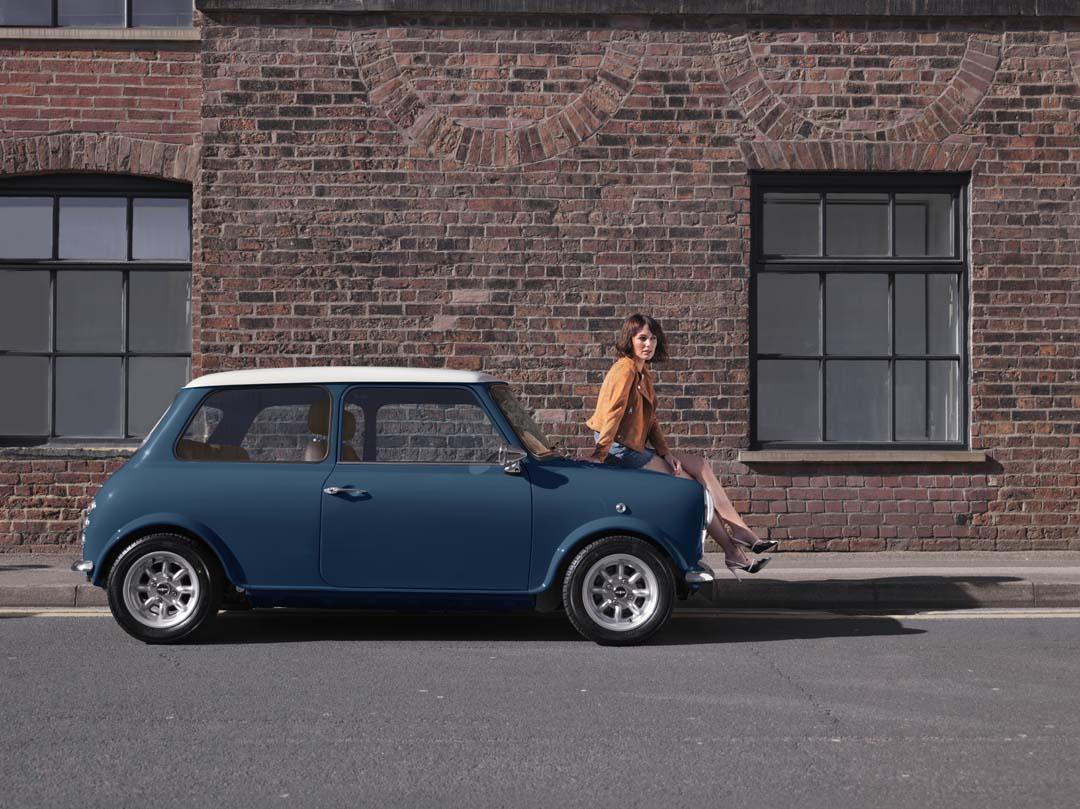 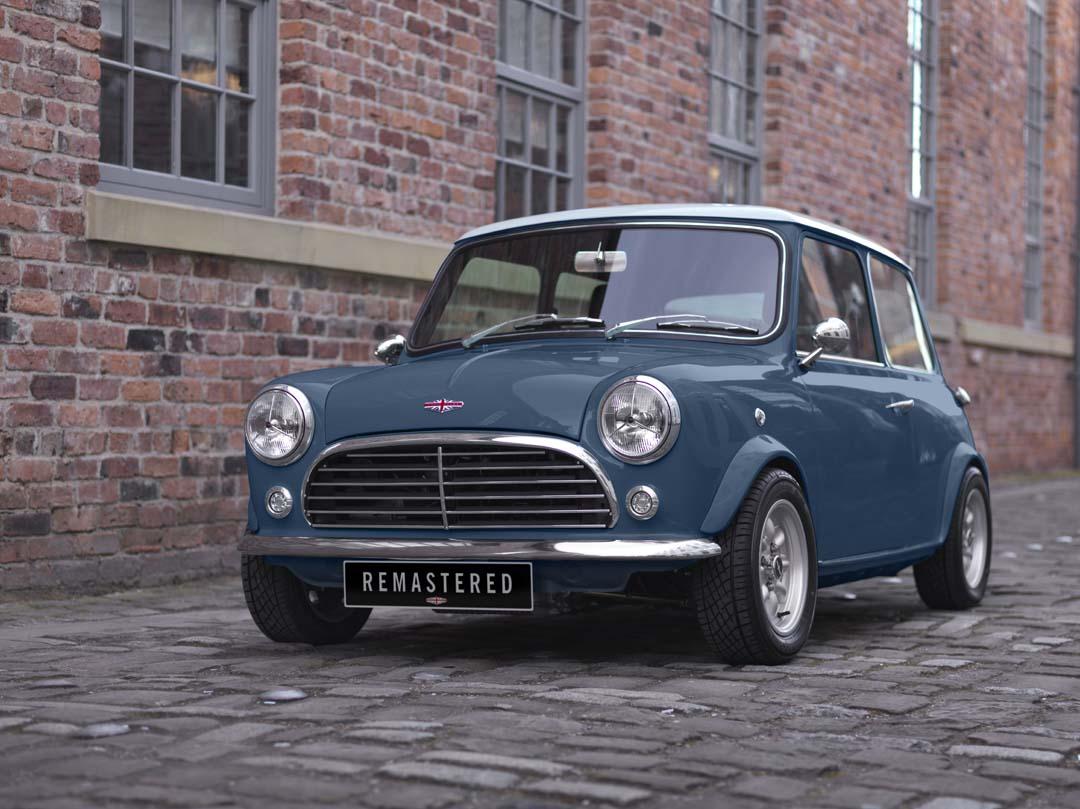 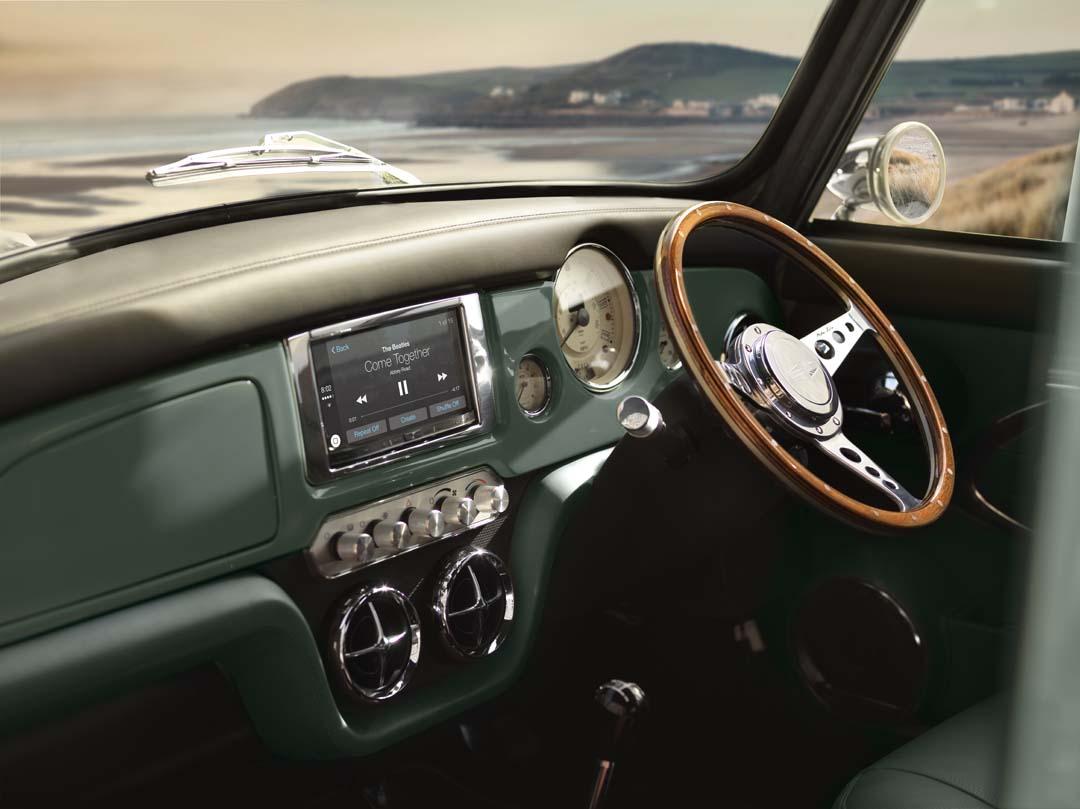 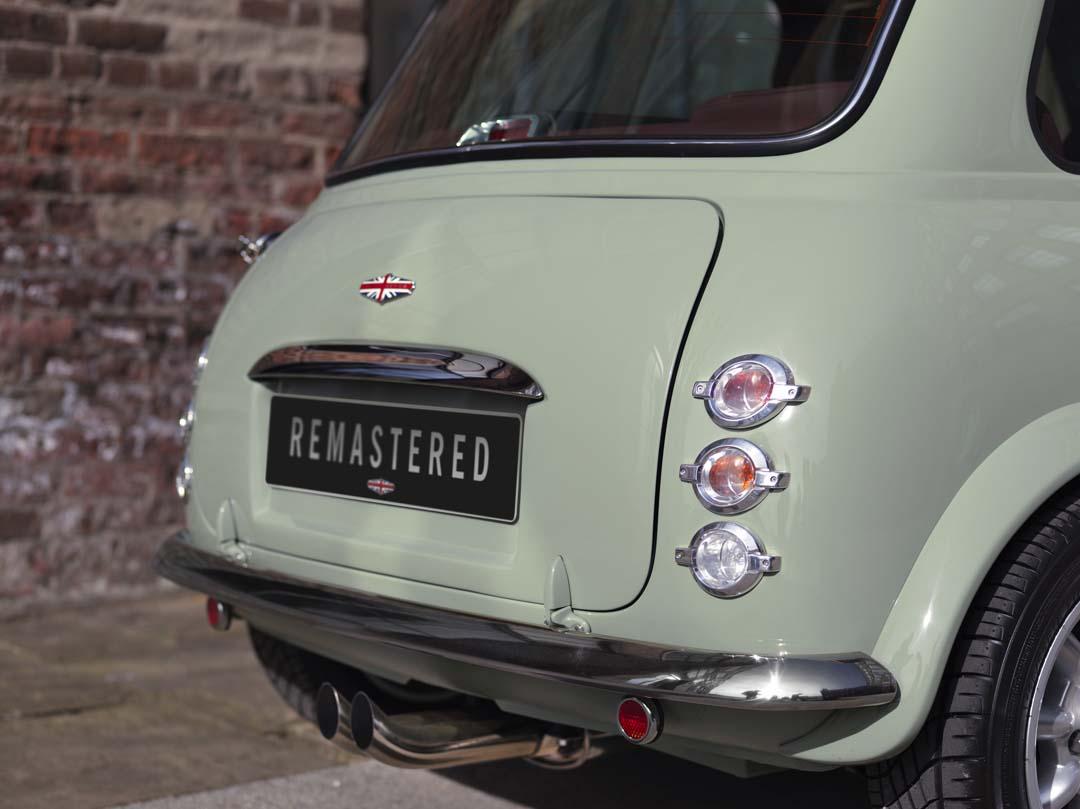 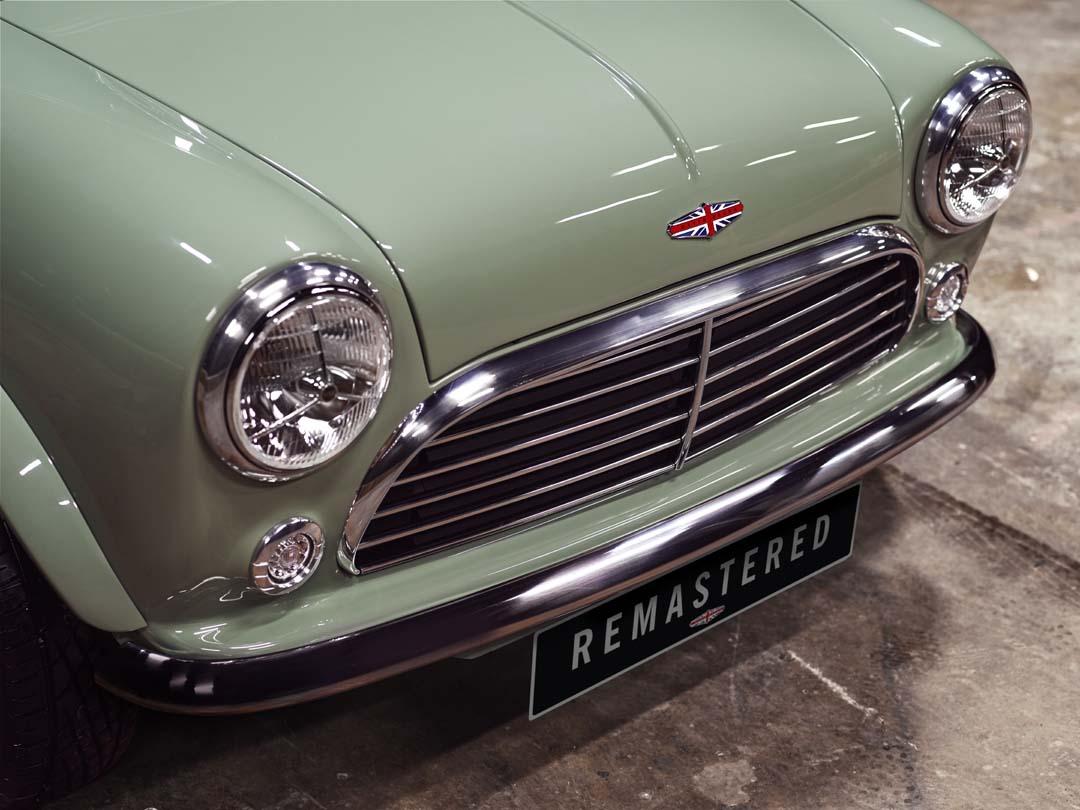 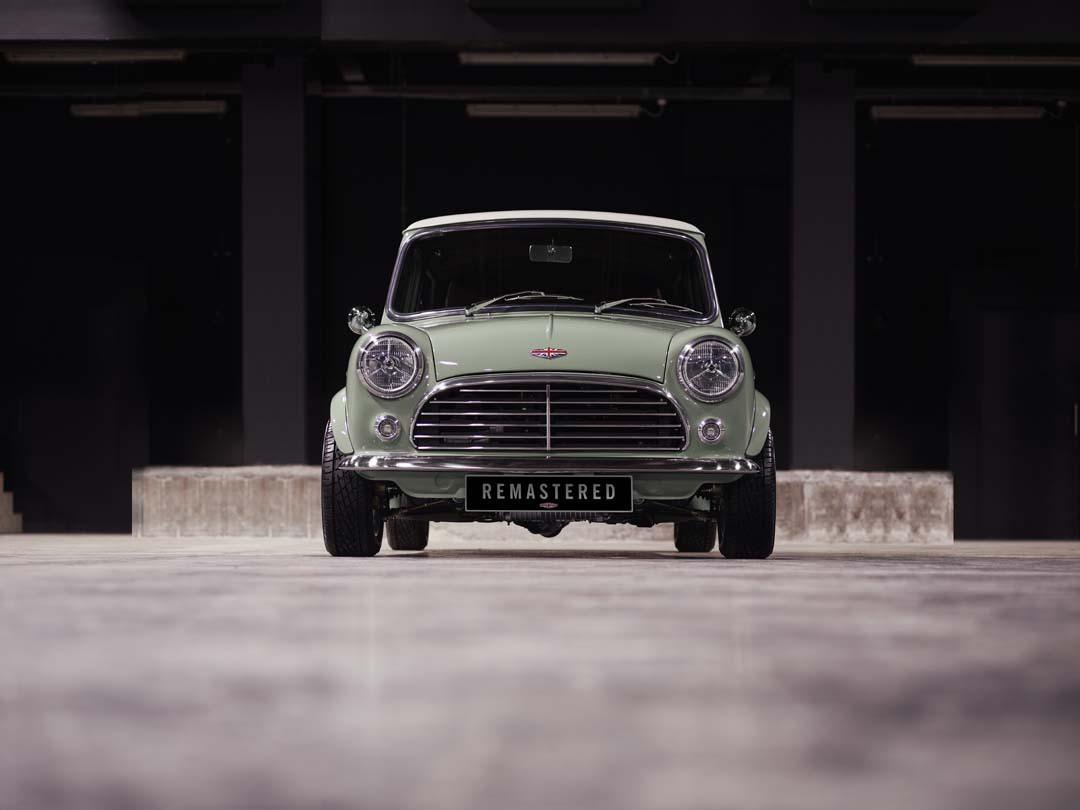 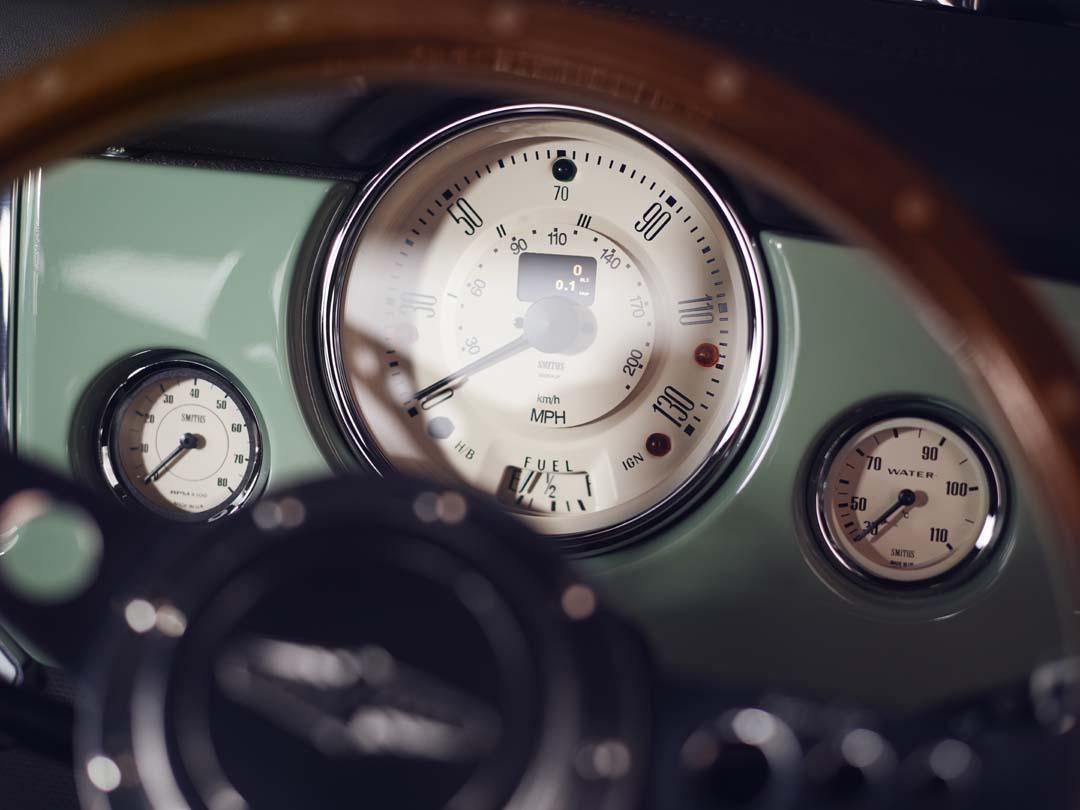 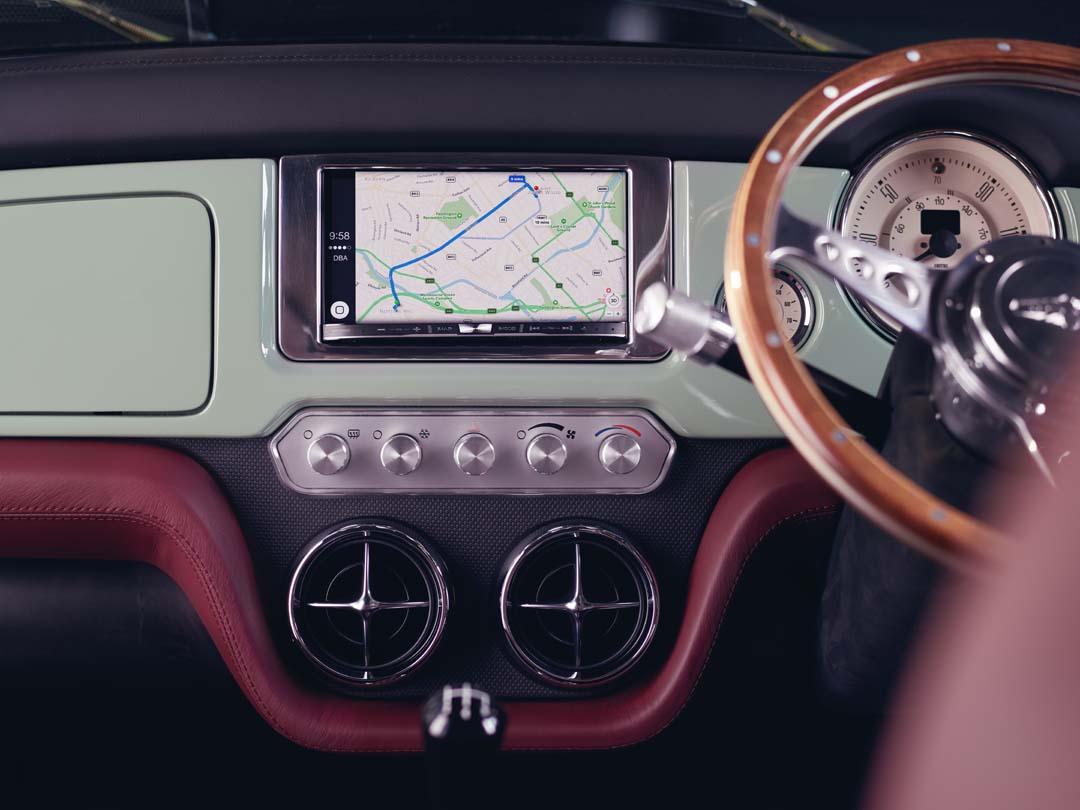