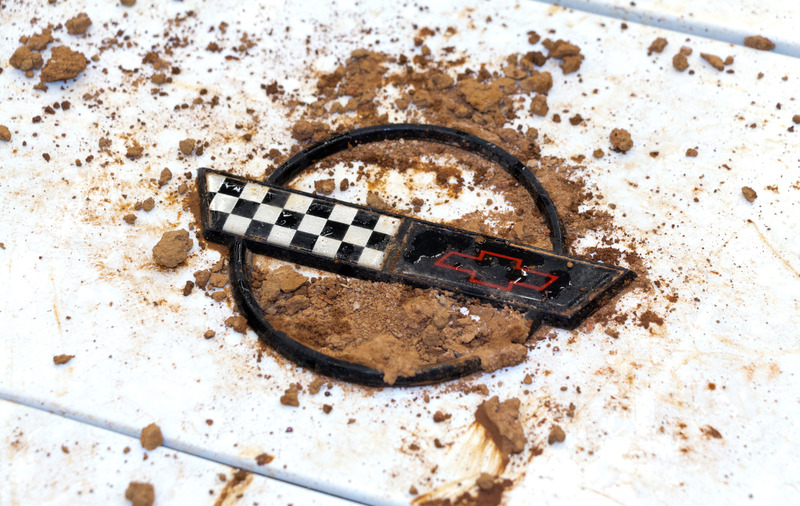 The restoration crew is part of GM's Mechanical Assembly group at the Design Center, which typically spends its time building prototype and concept vehicles. The milestone Corvette, a white 1992 convertible, is a challenge because the workers are trying to preserve the original appearance of a production vehicle, rather than build an all-new vehicle from the ground up.

The milestone convertible is the second of three sinkhole-damaged Corvettes that Chevrolet has pledged to restore. The first, a 2009 Corvette ZR1 prototype known as the Blue Devil, was only lightly damaged and was returned to its original condition last spring. The National Corvette Museum will oversee the restoration of the third car, a 1962 Corvette.

Five other Corvettes swallowed by the sinkhole will remain in their as-recovered state to preserve the historical significance of the cars. They will become part of a future sinkhole-themed display at the museum, which is located in Bowling Green, Kentucky, commemorating the 12 February, 2014 event.

Of the eight cars affected, two were on loan from GM: the aforementioned Blue Devil prototype; and a 1993 ZR1 Spyder. 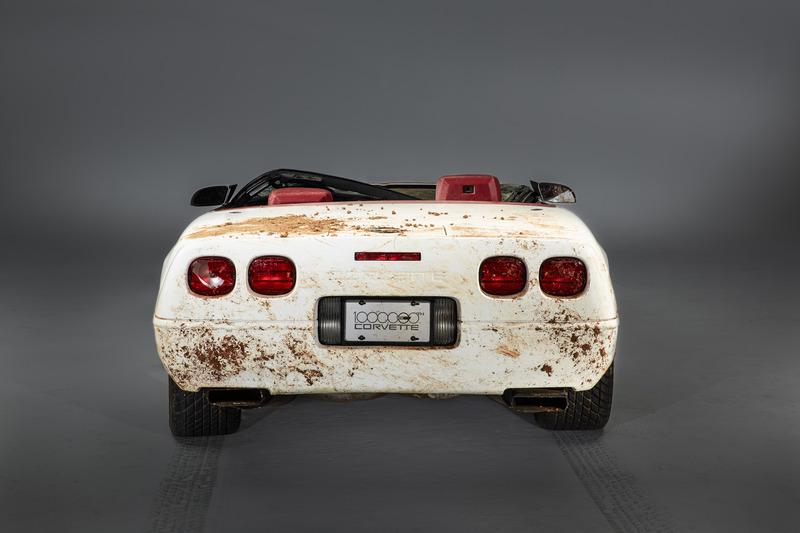 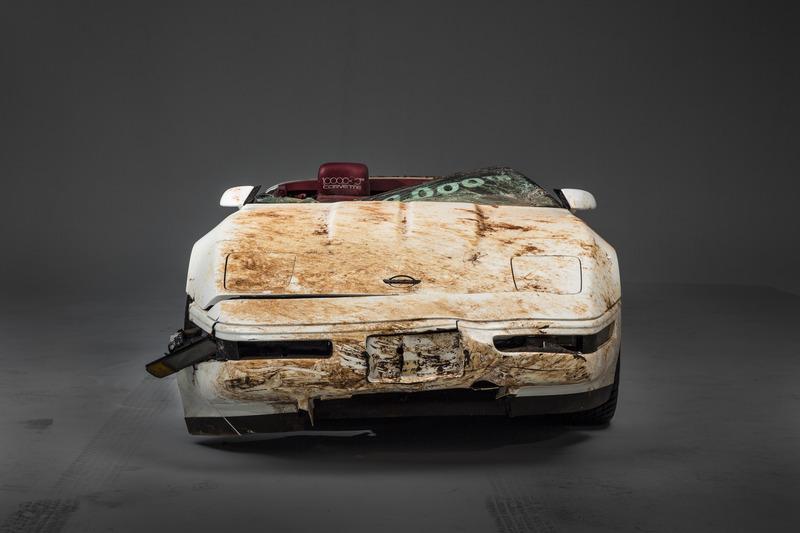 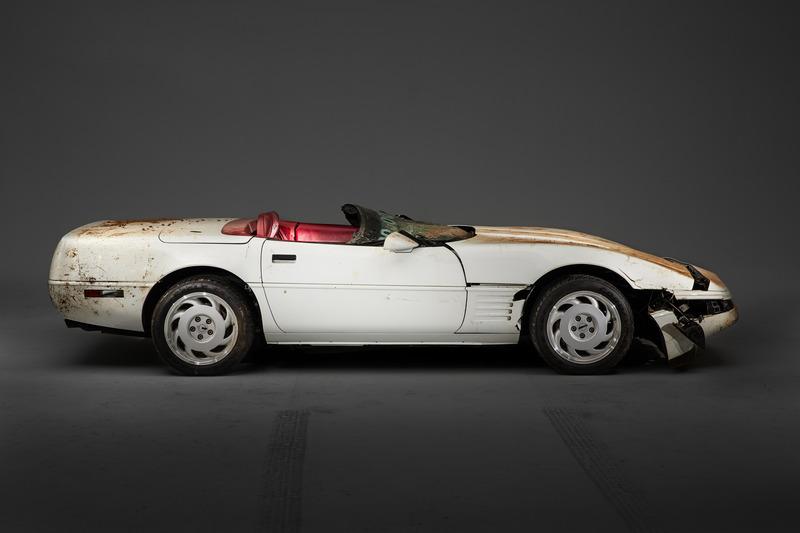 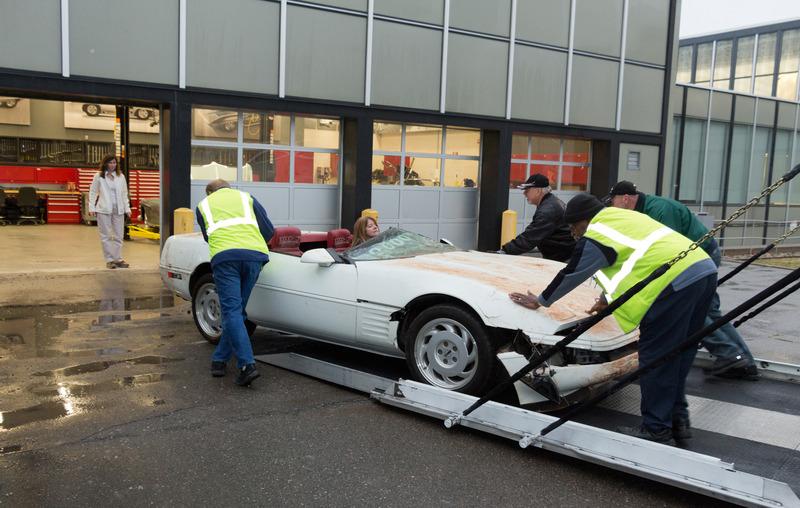 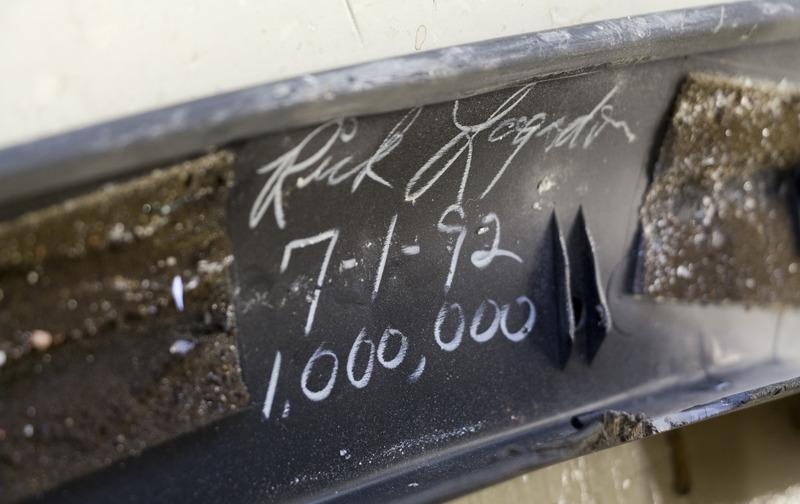 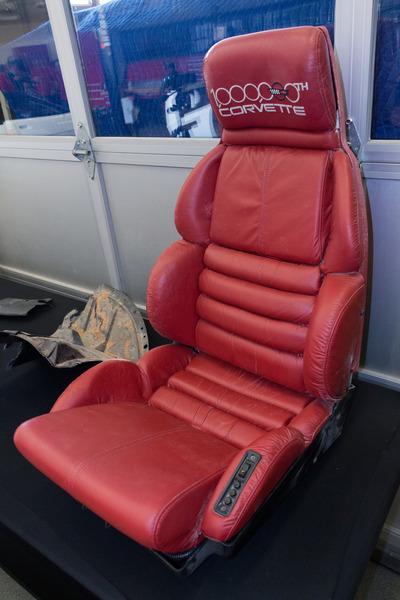 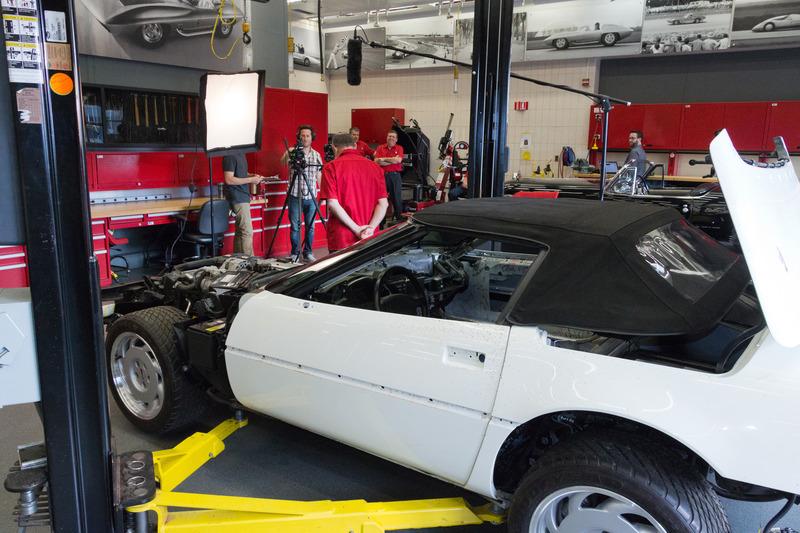 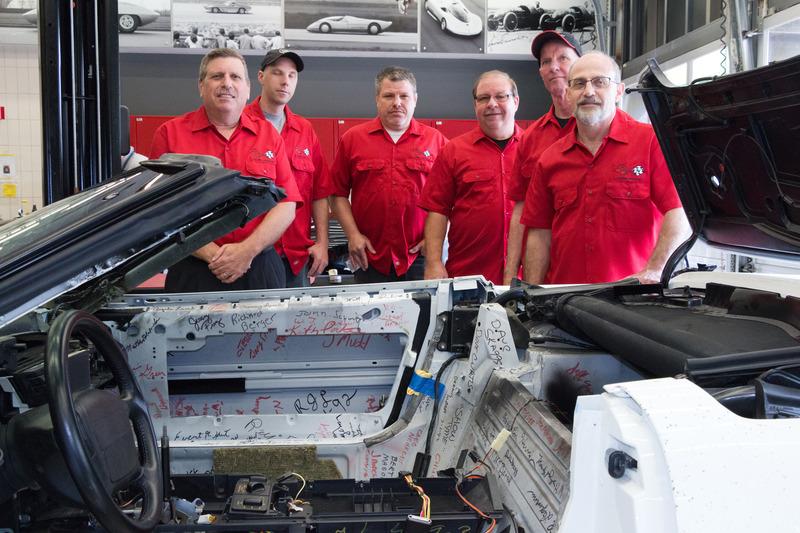 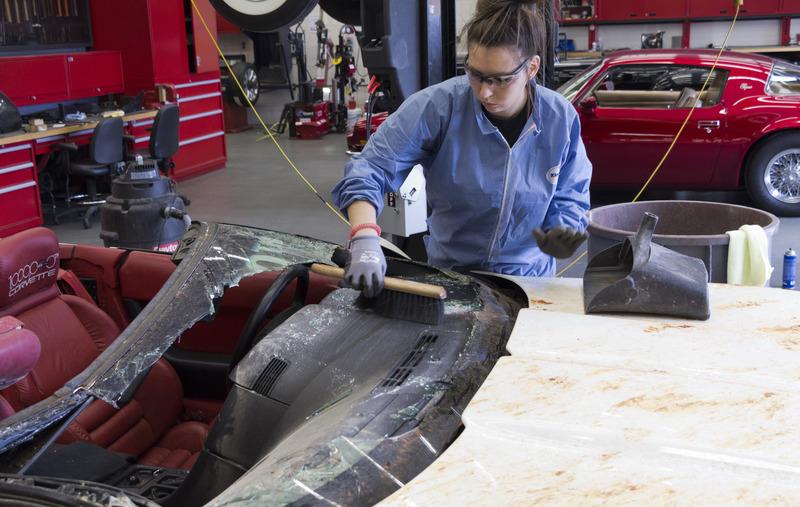 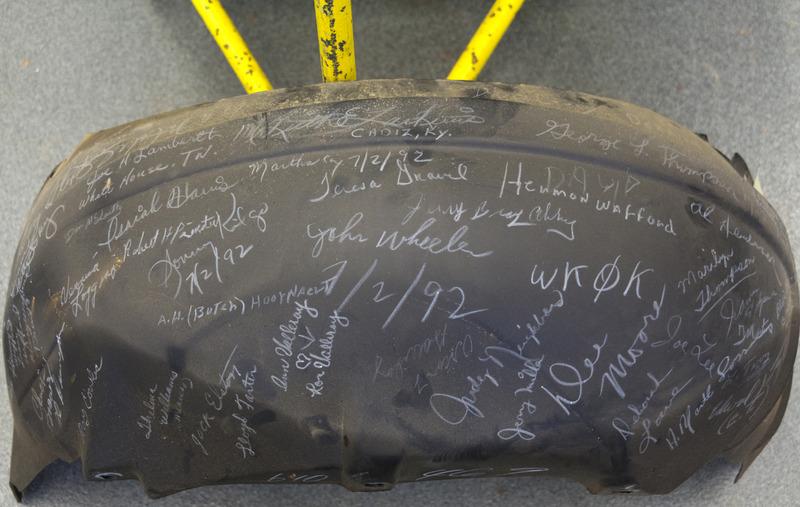 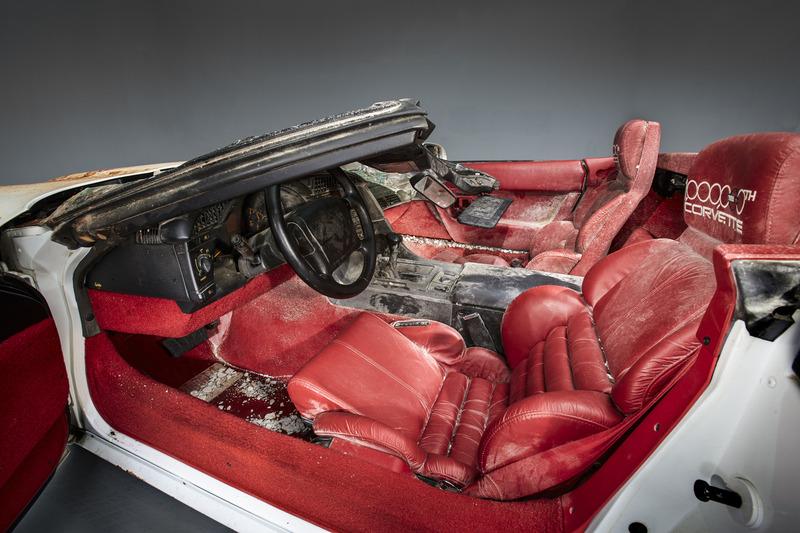 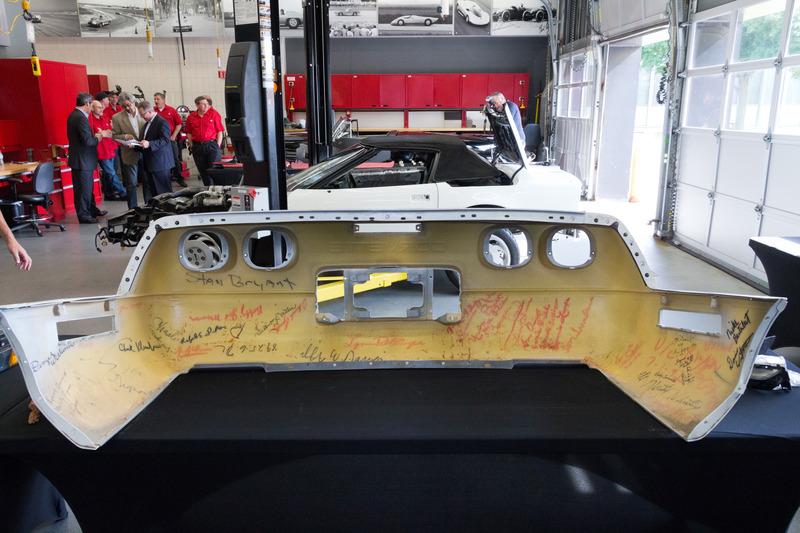 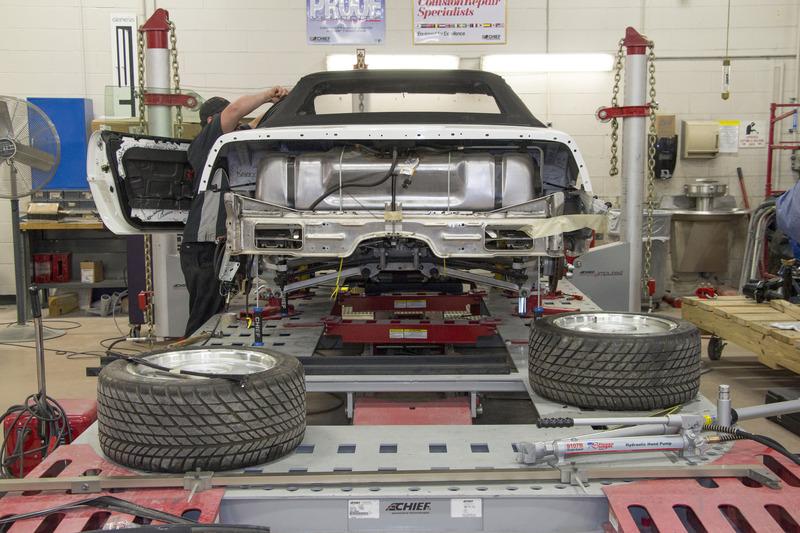 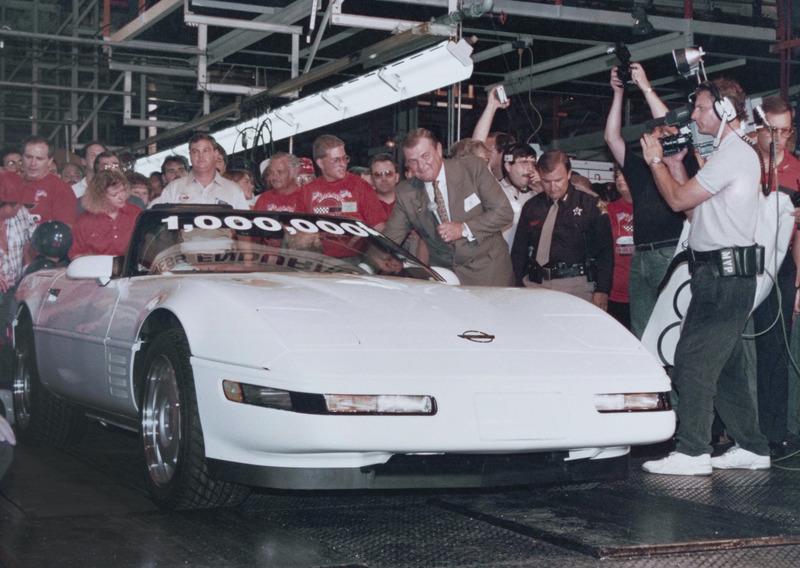 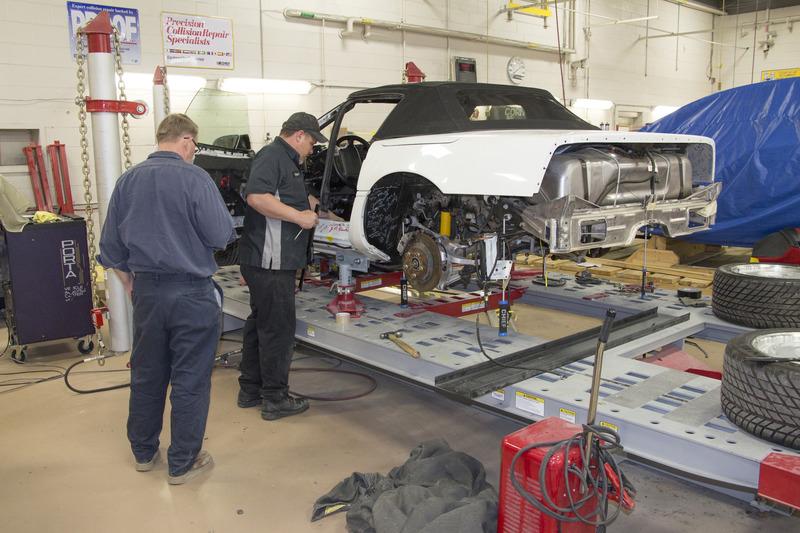