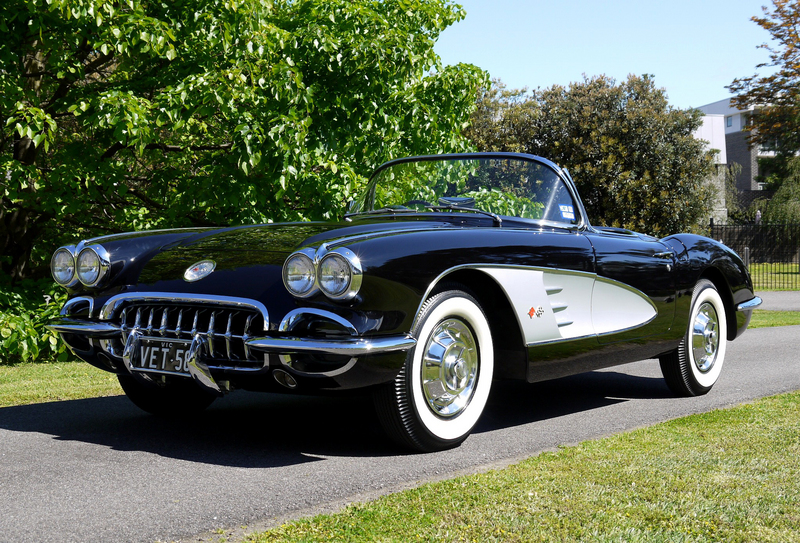 The top seller from the December 2 auction, the Corvette was a 1958 model, fitted with the new-for-'58 quad headlights and faux bonnet louvers, along with bootlid chrome spears and a 9-tooth (instead of 13) grille. Inside, the '58 models also gained a more driver-centric positioning for the gauges (which included a 160mph speedo), grab bar for the passenger, and seat belts as standard equipment.

Also new for 1958 was acrylic paint, instead of nitrocellulose, while both the front and rear bumpers were larger. Finished in black with silver side coves, the auctioned Corvette was one of less than 500 units painted in that colour for 1958, presuming the car has been resprayed in its original colour. This wasn't the rarest colour choice for 1958, with Silver and Bahama Yellow the lowest factory-delivered colours. Silver Blue was the runaway winner for '58, with more than 2,000 units leaving the factory in this colour.

Under the bonnet, this Corvette was fitted with the Chevrolet 283ci V8, the only engine available that year, although different levels of tune were available, ranging up to 290hp with optional fuel injection. This example carries the twin-carb intake, good for either 230hp or 245hp, depending on intake modifications.

Where this particular car was optioned up was in in its transmission; a 4-speed manual fitted instead of the base-level 3-speed. It has also been converted to right hand drive.

Its outstanding overall condition and attractive paint finish saw the Corvette sell for $100,000, a very good price for a late 1950s, first generation Corvette, and especially for a non-Fuelie model.

While the Corvette was the top seller in Melbourne, it wasn't the most surprising; that honour went to a rare 1963 Studebaker Hawk Gran Turismo coupe.

Believed to be an Australian CKD car from new (indicated by its split front bench seat instead of the buckets fitted to US models), Studebakers like this don't hit the market often, which goes some way to explaining why it was so keenly sought after.

A fully-restored, well-presented car, the Studebaker quickly sailed past its pre-auction estimate of $15,000 - $20,000 to eventually hammer for $43,000, probably the best price a Hawk GT has achieved at auction in this country for some time.

Full results and further details from this auction can be found at www.shannons.com.au. 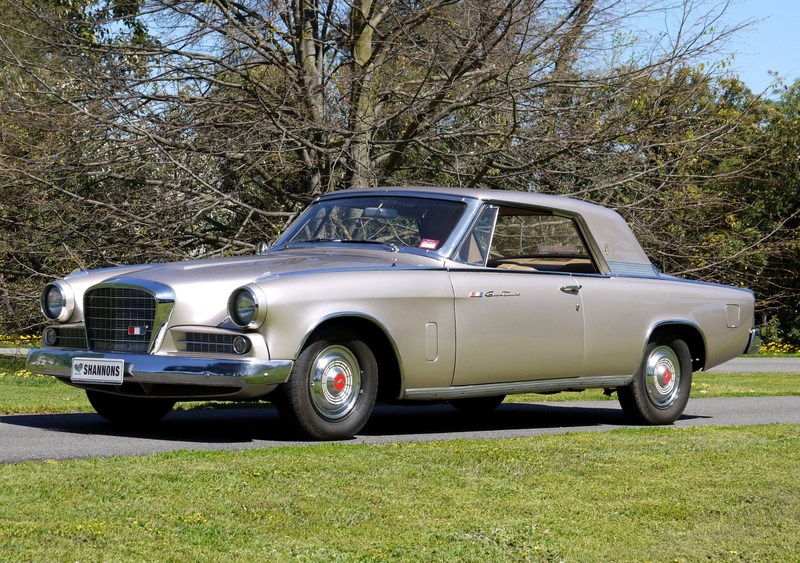