As featured in JUST CARS Issue #252, the original Dodge Demon was a compact muscle car, based on the Plymouth Duster and released as part of the Dodge Dart family in 1971.
Powered by a 340ci V8 in 'Demon 340' form, the Demon offered muscle car capability without the high entry price or crippling insurance premiums that were killing the muscle car market at the time.
Regarded as one of the better, of not the best, compact muscle cars of its era, the Demon was subjected to much criticism for its name, mainly from US fundamentalist religious groups. As such, the 'Demon' nameplate survived only two years before it was replaced with 'Dart Sport' in 1973.
Times have changed since then, it seems, and the "Demon" is now OK for return, but rather than a standalone model, the new Demon will be a trim level on the Challenger SRT.
In today's announcement, Dodge says the Demon will be lighter than the Challenger SRT Hellcat by more than 90kg. The Demon will also come with modified brakes, steering, suspension, interior fitout and other components, according to the small amount of information Dodge has revealed so far, which suggests the upcoming model is aimed at dragstrip competition.
A series of teaser videos (viewable at: ifyouknowyouknow.com and via Dodge's social media channels) are being drip-fed ahead of the Challenger SRT Demon's official reveal at the New York International Auto Show in April. 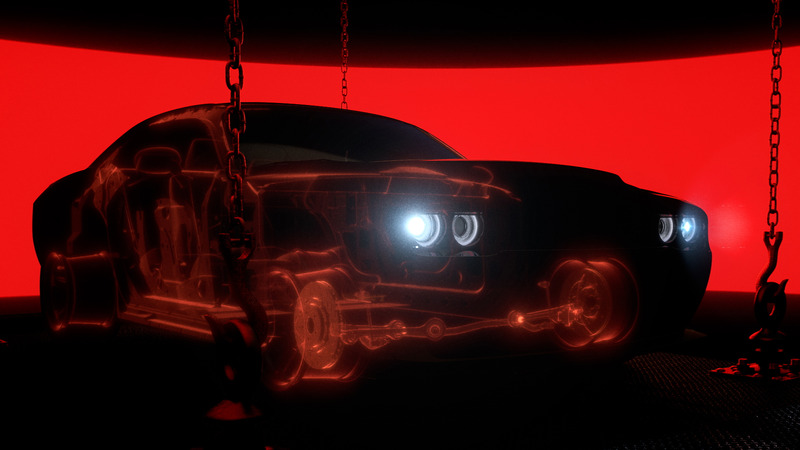