Fully-equipped with period taxi equipment, this EJ Special stands out from the crowd!

From new to old, high performance to humble and rare to common, there are plenty of highlights to be found in Grays currelatestnt timed online classic car and bike auction, including this EJ Holden “taxi”.

If you’ve seen or owned Trax or Classic Carlectables scale model Holdens, the car pictured may be familiar, as it’s painted and detailed to resemble a Sydney ‘De-Luxe Red Cabs’ taxi.

Those scale models, released in 1:43 scale form by Trax and 1:18 scale by Classic Carlectables, were big sellers when new and have grown in value amongst collectors since.

While both those scale models were based on an FC Special, one enterprising EJ Special sedan owner has produced his own 1:1 scale version, with an impressive finish and an incredible amount of detail.

More than just replicating the distinctive red, black and gold livery that made these taxis so striking, the previous owner has also fitted the car out with some genuine period taxi equipment, starting with the roof globe and including a two-way radio, taxi meter and coin dispenser. There’s even a decal on the dash listing fare charges and a beaded seat cover for the driver – oh-so taxi! 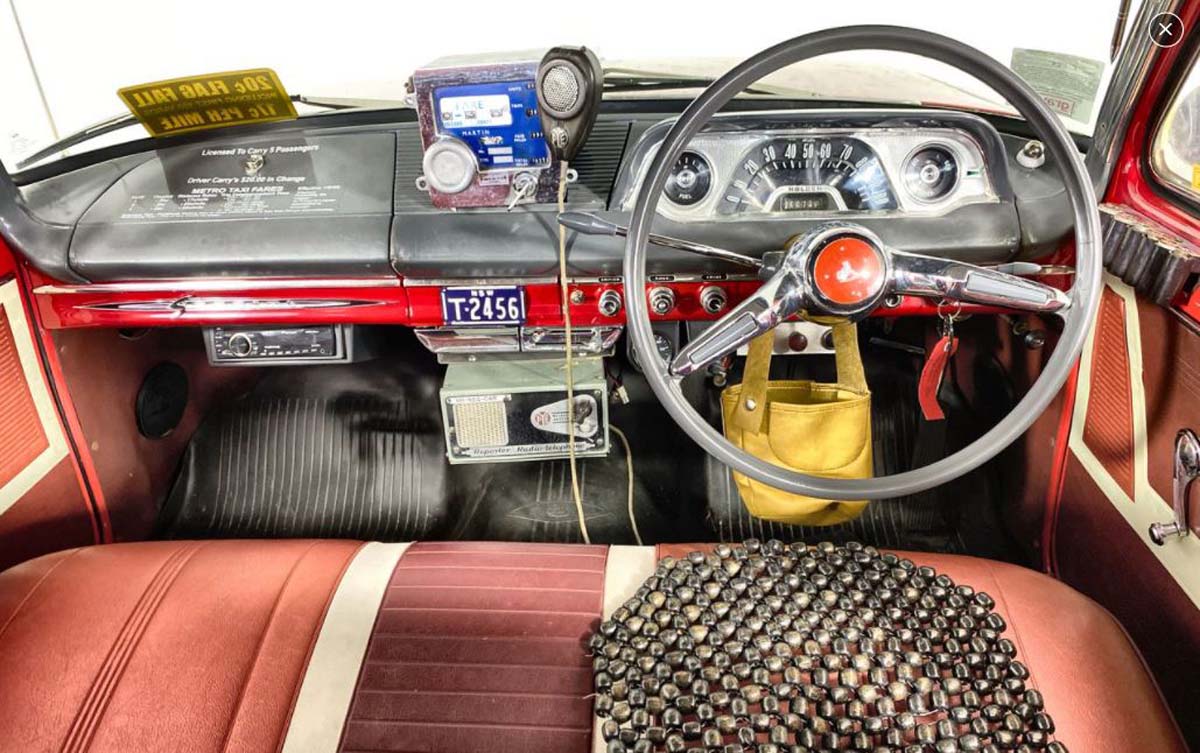 Additionally, this car features a number of Nasco accessories, including mud flaps, a sunvisor, nearside door mirror and door handle scratch plates. There’s also a spotlight on the offside, designed to be operated from within the vehicle by the driver – perhaps to illuminate that potentially dodgy late-night hail!

Under the bonnet lies what appears to be a stock 138 ‘Grey’ six-cylinder motor and 3-speed column-shift manual transmission. A modern engine temperature gauge has been added to keep things cool. An MP3/CD sound system has been added, too.

Described as being in good condition all over with recently serviced mechanicals and nothing to spend, this EJ taxi tribute has been employed as a hire car in the past and could continue to do so in the future, generating income for its next owner.

The Grays auction that this 1963 EJ Special has been consigned with closes today - 23 February - at 8:00PM (AEDT). For more details on this lot, clock HERE.

For other lots from this auction, go to: grays.com