This stunning example of interwar French coachbuilding broke not one, but two world records when it was auctioned earlier this year.

In terms of the greatest period for automotive styling over the past 100 years, it’s hard to go past the late 1920s and ‘30s. Back then, dozens of beautiful bespoke and coachbuilt automobiles came out of Europe, with some of the most outstanding – some may say outlandish – examples of automotive art being the product of French coachbuilders. 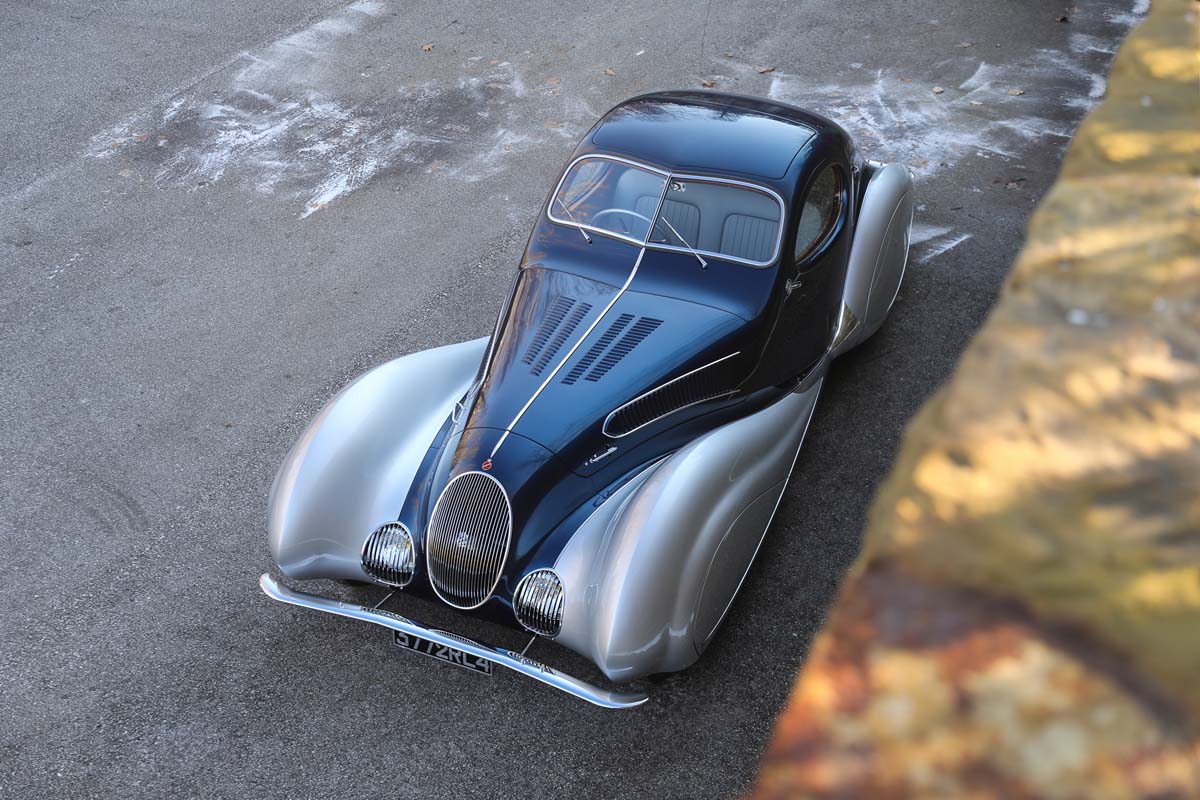 With the likes of Marcel Pourtout and Saoutchik designing and building stunning bodies for various chassis, France saw some outstanding coachbuilt automobiles in the 1930s, but arguably the most famous coachbuilder from this period was Figoni et Falaschi.

Despite the Italian names, Figoni et Falaschi was a French enterprise and the car shown here, a 1937 Talbot-Lago T-150-C-SS, was just one example of the flair that typified the Paris-based carrossiers during the Art Deco period.

In addition to its stunning styling, what makes this particular Talbot-Lago special is its rarity and the fact it’s now a world record holder, too.

Mostly forgotten today, Talbot-Lago flourished for a brief period either side of World War II, with its impact on the automotive market out of all proportion to its output at the time.

The roots of Talbot-Lago go back to 1922, when a buyout of Darracq a decade earlier led to that marque being rebranded as Talbot, although the cachet of the Darracq name meant it continued to be used in certain markets for years afterward.

The ‘Lago’ part of the name came in the 1930s, with the arrival of Antonio Lago, an Italian born, British-based businessman who had been hired by Talbot in 1932 to improve the finances of a business that was struggling in the Great Depression.

Despite Lago’s input, Talbot went into receivership in 1934, but he thought the marque could be revived and worked to buy the remains of the firm from the receivers in a deal that was finalised in 1936.

Even before the new ‘Talbot-Lago’ marque came into being, Lago had been overseeing new model developments, which gathered pace following completion of the buyout. Most of these were conventional four- and six-cylinder touring saloons in the middle to upper price bracket, fitted with stylish, but conservative bodies.

For a new range of sporting cars under the Talbot-Lago brand in 1936, things got more radical. Lighter, on a shorter chassis and with engines tuned to deliver more performance, the sporting models included the Lago Spéciale, T-150 and Lago SS. The ultimate example of these sports models was the T-150-C-SS (“C” for Competition and “SS” for Super Sport).

Powered by a 4.0-litre six-cylinder engine fitted with three Zenith-Stromberg carburettors and producing around 140bhp (104kW), the T-150-C-SS also featured a four-speed Wilson pre-selector transmission, mechanical drum brakes on all four wheels and a suspension package made up of an upper wishbone and lower transverse leaf spring front end, with a leaf spring and live axle rear end.

The start of World War II eliminated further development of cars like these, while the changing automobile environment post-war meant Talbot-Lago joined French contemporaries like Delahaye, Bugatti and Delage in being unsuitable for the new, mass-production marketplace.

Talbot-Lago was wound up in 1959 after being acquired by Simca, although the Talbot name would reappear in the 1980s.

Getting back to Talbot-Lago’s pre-war sporting models, the high price for the rolling chassis (as these cars were sold at the time) meant few were produced. However, those who could afford a Talbot-Lago could also afford to have it clothed in bespoke bodywork.

Although a variety of coachbuilders were commissioned to body the T-150-C-SS chassis, only around 10 to 12 were done by Figoni et Falaschi. The Parisian coachbuilders offered the choice of a notchback design called ‘Jencart’ (named after the first customer who commissioned one), or a fastback dubbed ‘Modéle New York’ (as it had debuted at the 1937 New York Auto Show), both of which were hand-formed in aluminium. 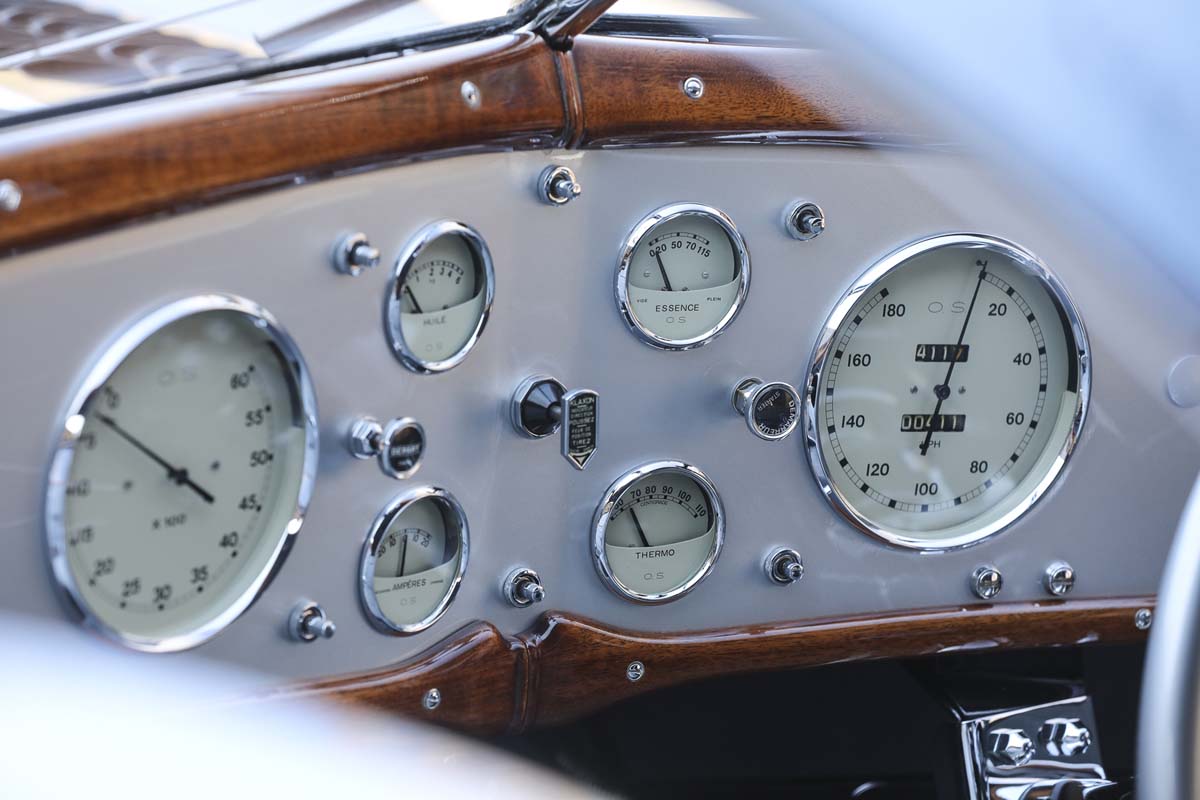 Collectively, these stylish coupes were referred to as ‘Goutte d’Eau’ (teardrop) for their sleek, delicately curved shape, while a development of the Modéle New York took the streamlining approach of the fastback even further by adding fairing skirts to the front wheels.

Only two examples of the fully-faired Modéle New York body were produced by Figoni et Falaschi on the T-150-C-SS chassis and the example shown, chassis #90107, is the only one to retain its original coachwork.

Despite being a signature pre-war French car, this Talbot-Lago has spent most of its life in the USA. The early history of chassis #90107 is unclear, but it’s believed to have been commissioned by “Suicide Freddie” McEvoy, a wealthy, Australian-born playboy who was a sportsman, motor racing enthusiast and a medallist for Great Britain at the Winter Olympics in 1936.

Although McEvoy owned the car for less than two years, it was used and displayed regularly in this time, winning the Prix d’Excellence at the 1938 Concours d’Elegance Fémina in Paris. 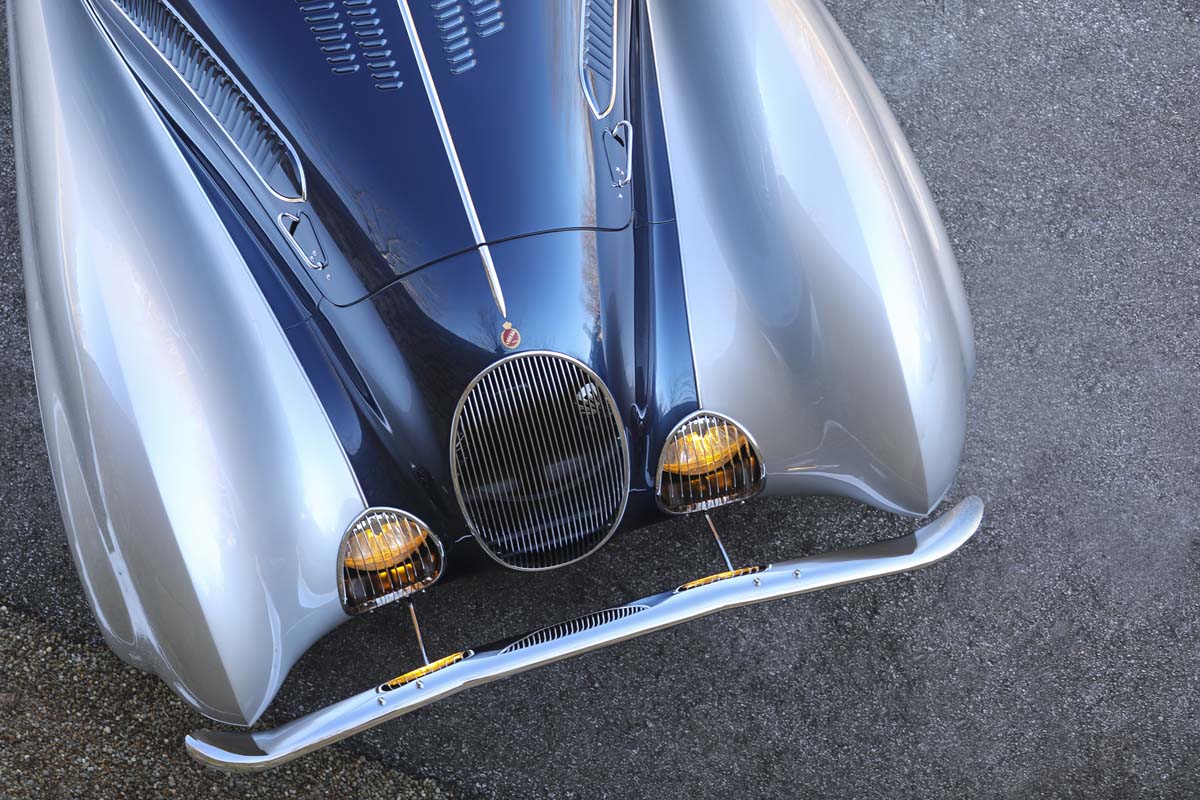 Stewart Lee, another well-heeled socialite, was chassis #90107’s second owner and would acquire two more T-150-C-SS coupes in the years that followed. Based in California, Lee had the Figoni et Falaschi bodywork on chassis #90107 repainted from its original blue and silver to red during his ownership and would occasionally race it across the empty deserts beyond his home.

Following Lee’s death in 1950, the Talbot-Lagos and many other cars in his extensive collection were sold. Chassis #90107 remained in California under the ownership of John Duckworth, then Lindley Locke, who put the car into storage in the 1960s, where it was left untouched for the next four decades.

In 2004, Locke’s widow donated the Talbot-Lago to the Nethercutt Collection, who completed a thorough restoration of the car, including a return to its original blue-over-silver paint.

After 18 years in the Nethercutt Collection, Talbot-Lago T-150-C-SS chassis #90107 was consigned for auction with Gooding & Company for their 2022 Amelia Island auction.

In advance of the auction on 4 March, Gooding & Co. had confidently predicted the car would sell for in excess of US$10 million, given its condition and being the sole surviving T-150-C-SS with an original Modéle New York fully-faired body.

To give this some context, another T-150-C-SS sold for 3.3 million Euros (AU$4.6 million approx.) in 2011, but this was when some classic car prices were close to their post-GFC nadir. 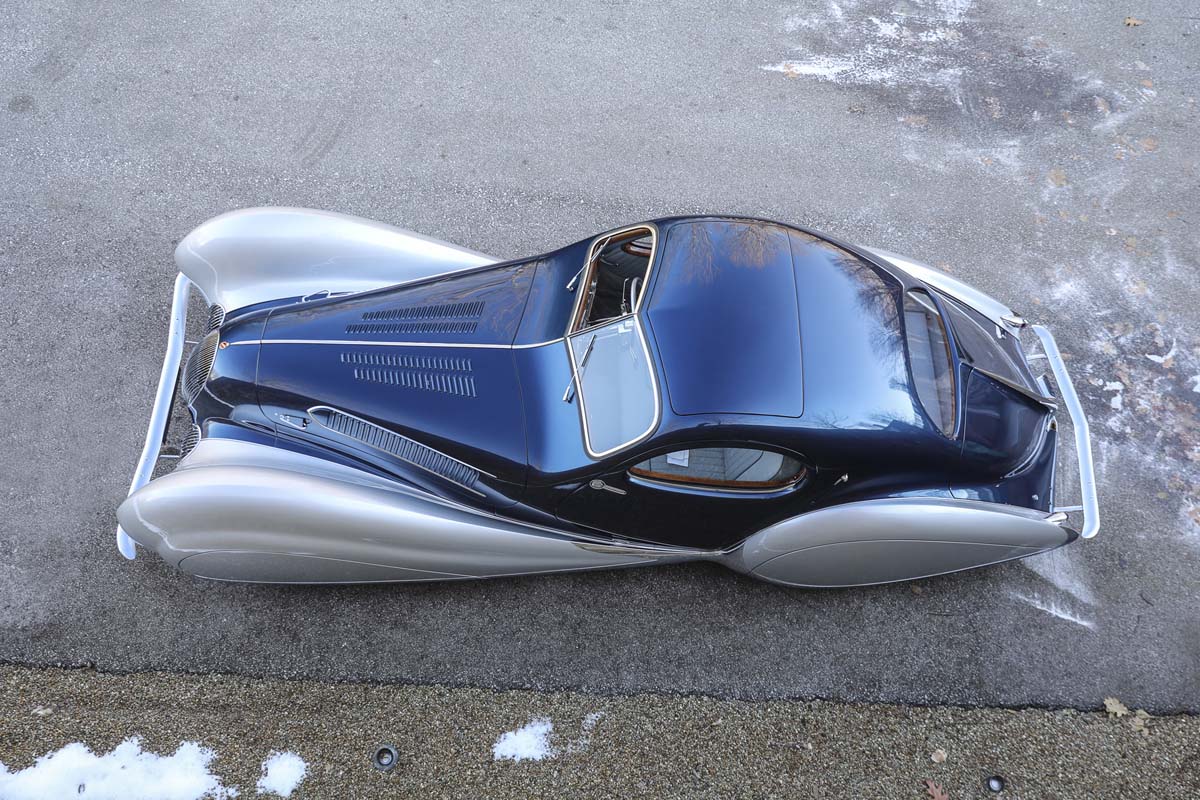 For Gooding & Co’s Amelia Island sale, the Talbot-Lago was offered midway through a 99-consignment auction that included many other highly-desirable pre- and post-war classics, as well as competition cars and modern supercars.

Starting with a US$5 million bid, the Talbot-Lago soon exceeded its pre-auction estimate of US$10 million.

Unusually for an auction these days, the car was subject to a final battle between two bidders on the floor at the Omni Amelia Island resort in Florida, rather than online and phone bidders. These two ultimately pushed the price to more than US$13 million before the hammer fell.

For more details from this auction, go to: goodingco.com

Thanks to Gooding & Company for assistance with this article.